While Tuber brennemanii and Tuber floridanum are edible “true” truffles, in the same genus as the fragrant underground mushrooms prized by chefs, their unappealing odor and small size – about 1 inch wide – will likely discourage people from eating them, said Matthew Smith, an associate professor in the University of Florida department of plant pathology and an affiliate associate curator in the Florida Museum of Natural History Herbarium.

“At least one of the species was pretty stinky and not in a good way, so you wouldn’t necessarily want to eat it,” Smith said. “These guys are small, and they don’t have these really great odors, but the animals love them.”

Smith and his team were studying pecan truffles when they found the new species. 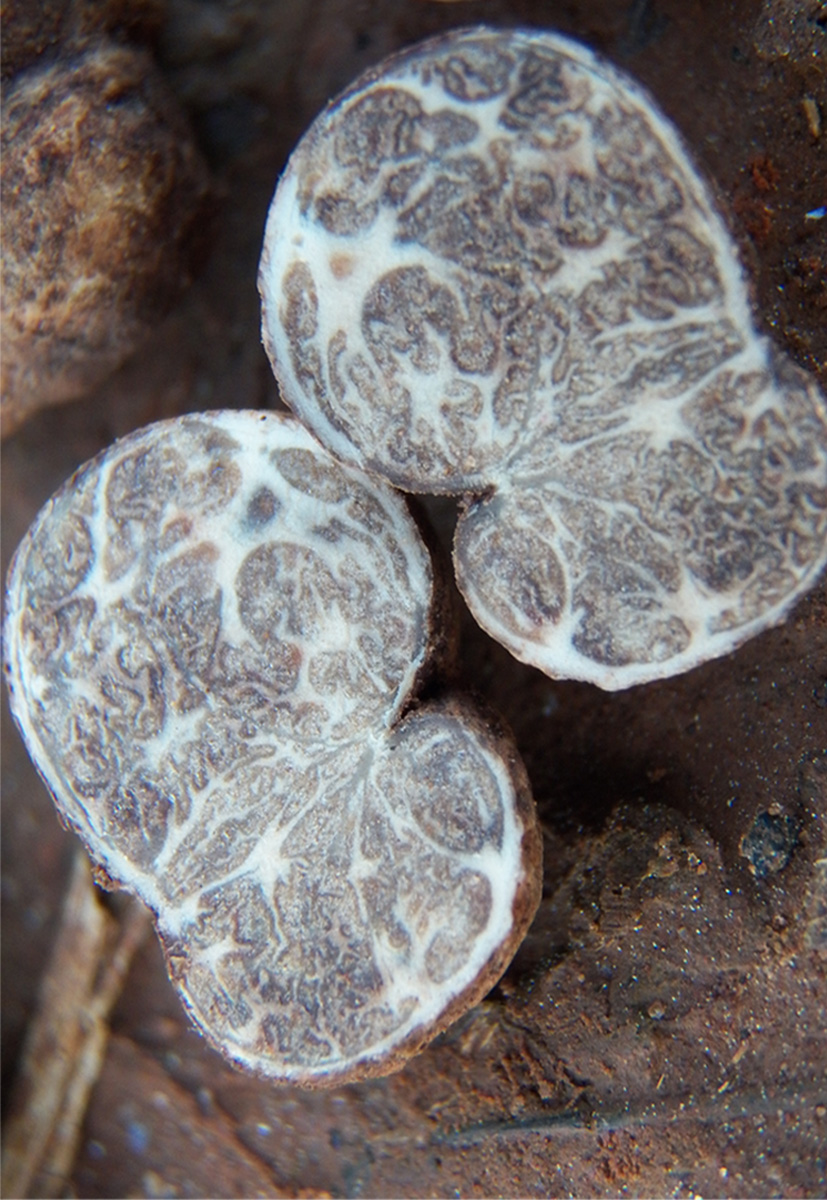 This Tuber floridanum, halved to show the interior, was found in a commercial pecan orchard in Cachoeira do Sul in southern Brazil. 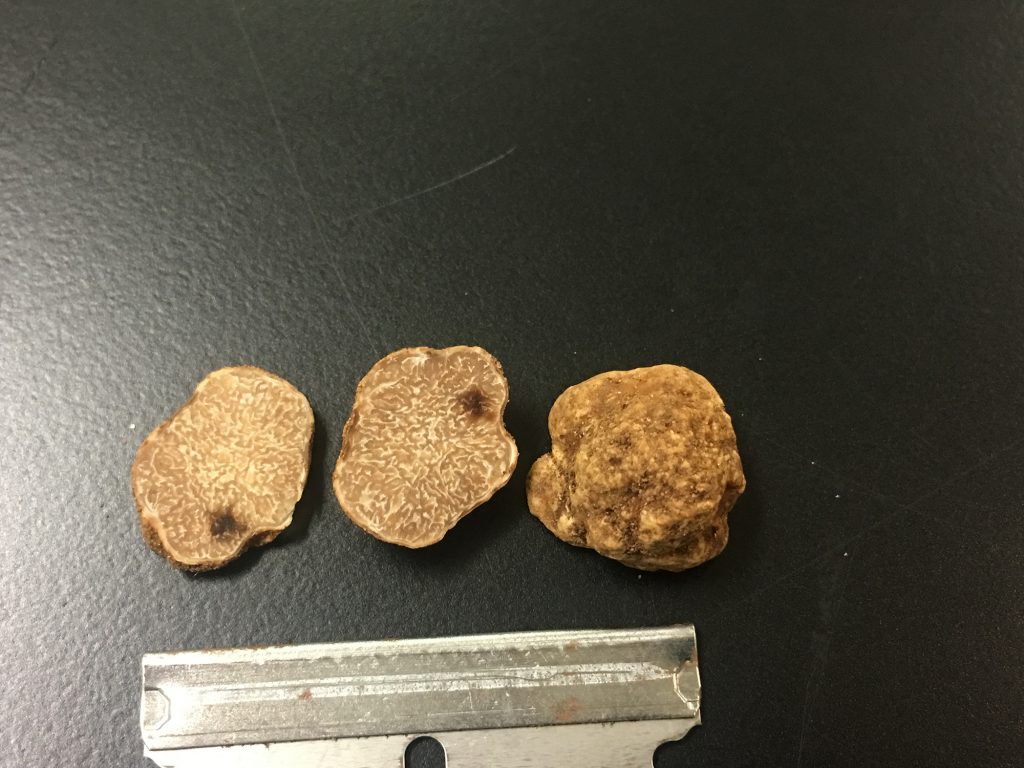 These Tuber floridanum specimens were collected at Owens-Illinois Park near Newnans Lake in Alachua County.

These Tuber brennemanii were found in an oak forest in the Midwest. The specimen on the left shows the rough, knobby exterior of the mushroom while the halved specimen shows the interior.

Arthur Grupe, lead author of the study and a doctoral student in UF’s department of plant pathology, said the team is researching another, more common pecan truffle, Tuber lyonii, potentially an important economic crop in Florida.

Valued for their pleasant aroma and taste, pecan truffles sell for $160 to $300 per pound. Pecan orchards with a high density of pecan truffles might increase farmers’ per acre profit by up to 20 percent, Grupe said.

Even though the two new truffle species might lack the appetizing qualities of more commonly known truffle species, Smith said their discovery is important and points to the significance of conservation, especially in forest habitats.

“Just because you don’t see diversity easily doesn’t mean that it’s not there,” Smith said. “I guess to me it speaks to the fact that there’s really a lot we don’t know about the natural world, and it’s worth preserving so we can try to understand it.”

Smith said the newly described truffle species had likely gone undetected because animals – such as squirrels, wild pigs and other small mammals – were eating them or because they occur earlier in the year than pecan truffles.

The researchers plan to study the new species to learn more about their relationship to pecan truffles and how they compete with other truffle species for resources.

The team found that both Tuber brennemanii and Tuber floridaum are common in the Gulf Coast region, particularly in pecan orchards in Georgia and Florida. Tuber brennamanni is also common in upper Midwest states like Minnesota and Iowa.

“Interestingly, a collaborator in Brazil found one of these species in a pecan orchard,”  Grupe said. “We suspect that it hitched a ride on pecan seedlings shipped from the U.S. I think it is a great example of hidden biodiversity.”

Smith said people tend to be more afraid of mushrooms than curious and don’t take the time to learn about them — even though new species are right under our feet.

“Fungi are understudied in general, and things that fruit below ground that are hard to see are even more understudied,” Smith said. “It’s interesting to know these things are out there. You’re walking on them all the time and they still don’t have a name — no one has formally recognized them before. I think that’s kind of cool.”

The researchers published their findings in the journal Mycologia.

Learn more about the Herbarium at the Florida Museum.

After three years of declines, shark bites are again on the rise