by Jerald Pinson • September 22, 2022
The Erythrina stem borer, Terastia meticulosalis, has made its way to California, resulting in at least two major outbreaks in the last decade. Photo by Andrei Sourakov

In 2012, a crop of California’s most prized ornamental trees was overrun by an invisible invader. The growing shoots of coral beans — the official city tree of Los Angeles — began wilting and falling away, revealing stems that had been hollowed out from the inside by the caterpillars of Erythrina stem borer moths.

A new study published this Wednesday in the Journal of Applied Entomology reveals the culprit’s origin through a DNA analysis of insects provided by the late Dan Lindsley, formerly a retired UC San Diego professor of genetics.

The same year southern California’s coral beans were withering from their strange affliction, Lindsley noticed a new visitor to the insect lights he’d set up outside his home in La Jolla, CA to study the local moths. Lindsley sent these and other moth specimens to Andrei Sourakov, lead author of the study and collections coordinator at the Florida Museum of Natural History’s McGuire Center for Lepidoptera and Biodiversity.

“When I got the first box, I was surprised by the presence, even prevalence, of Erythrina borers,” Sourakov said, immediately picking out the mottled brown moths as the newcomers among Lindsley’s samples. Sourakov attributed the abundance of Erythrina stem borers to the unusually high amount of rainfall Southern California had received two years prior to the outbreak.

Their sudden surge was an ill portent for the state’s coral trees and the horticultural industries that cultivated them. The larvae of Erythrina stem borers chew their way through supple stems, resulting in a slow death for the tree as shoots are eaten faster than they can be grown. The larvae are also partial to coral beans’ vibrant red flowers and will burrow into ripe fruit to consume the seeds. For any seed that manages to avoid being eaten and successfully germinates, the resulting seedling is often most vulnerable to attack; it only takes a few caterpillars to wipe out juvenile coral beans, causing widespread damage to nursery stock.

The Erythrina borers spiked again in 2015, when southern California experienced significant rainfall from Hurricane Dolores. It wasn’t long before Sourakov started receiving inquiries from people in the region worried about their coral beans.

“Emails came in from nursery owners, from an agricultural extension agent and from homeowners, all asking what to do about the caterpillars,” he said.

While the moths have declined in number since their 2015 outbreak, they’ve been spotted in southern California every year since, indicating they may be there to stay. Before officials can get rid of the pests, they need to know where they came from. The closest populations in the Sonoran and Chihuahuan Deserts are obvious suspects, but Erythrina stem borers have a wide distribution, from Florida down through the Caribbean and parts of South America, and very similar species occur in Africa and Asia. As stem borers can easily hitch a ride from one place to another within their host plants, it’s possible they could have come from anywhere in the world through the horticultural trade. 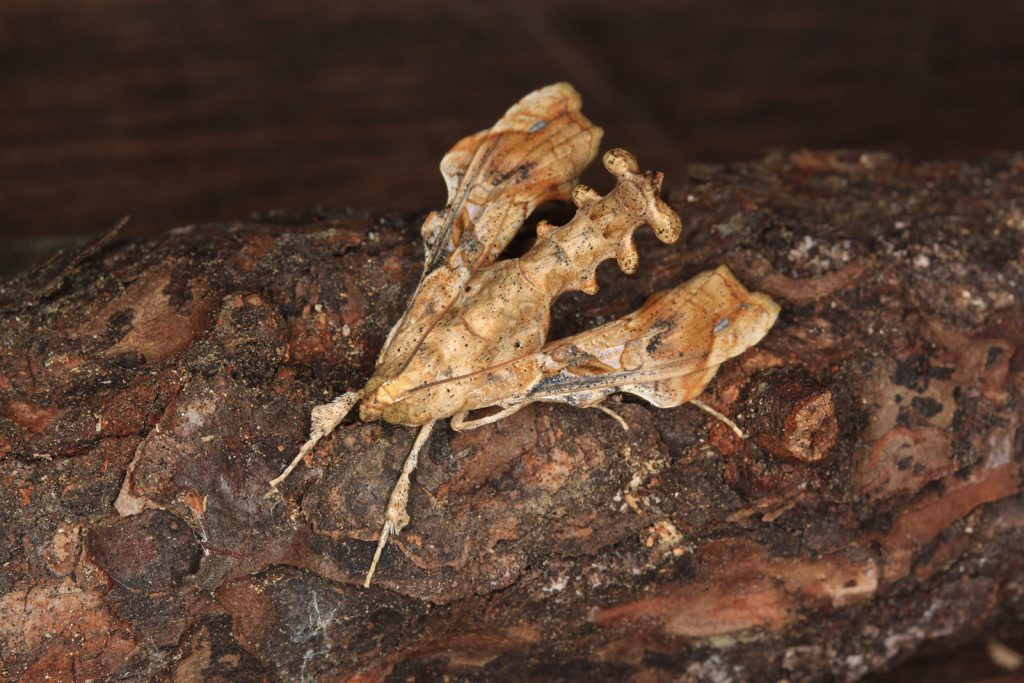 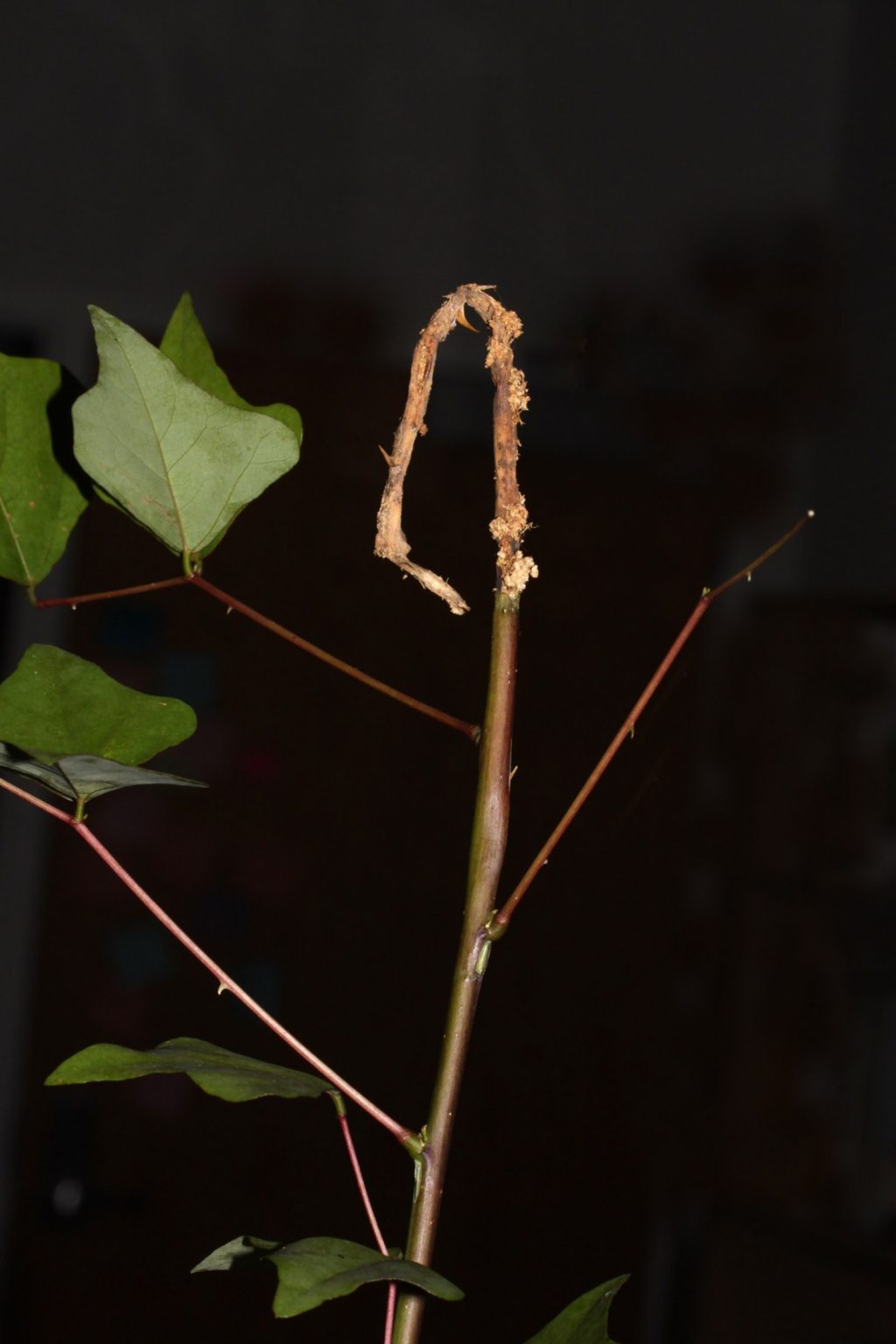 Erythrina stem borers decimate the supple growth of growing stems by hollowing out the pith from within. 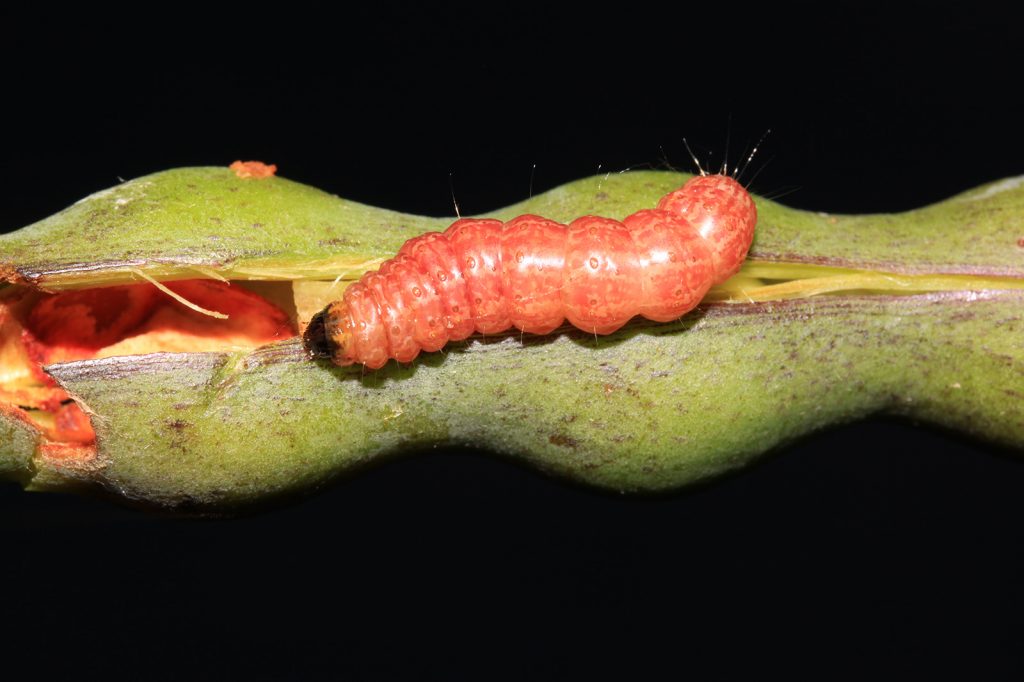 Erythrina stem borer larvae have a naturally pale color, but those that consume toxic Erythrina seeds in the spring have a pinkish hue and turn bright red before leaving the pod to pupate, possibly a visual cue of chemical defenses. 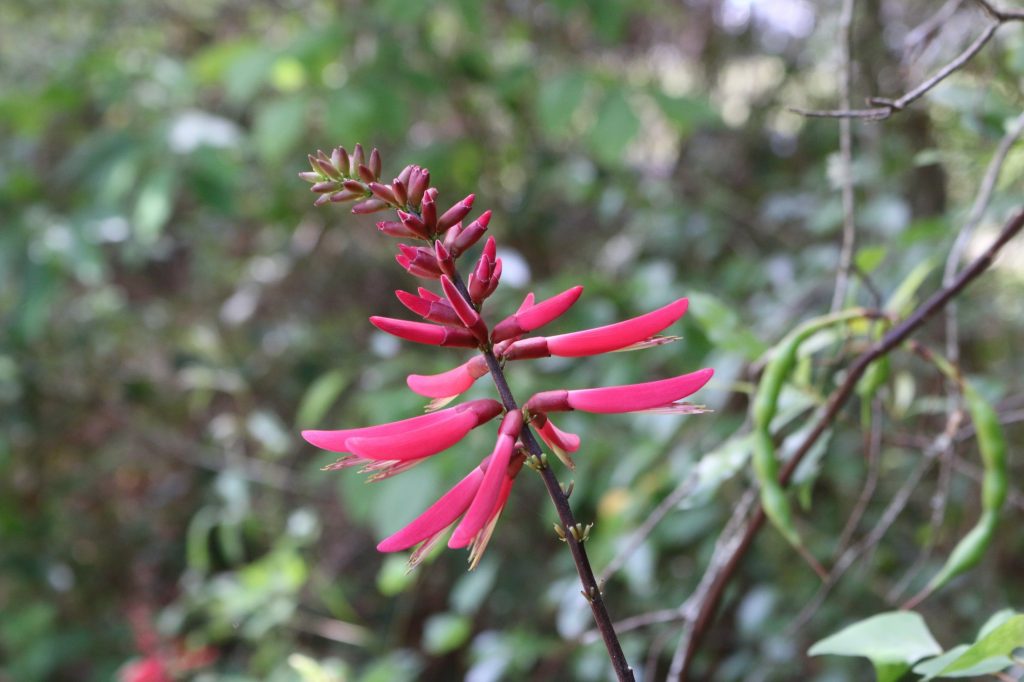 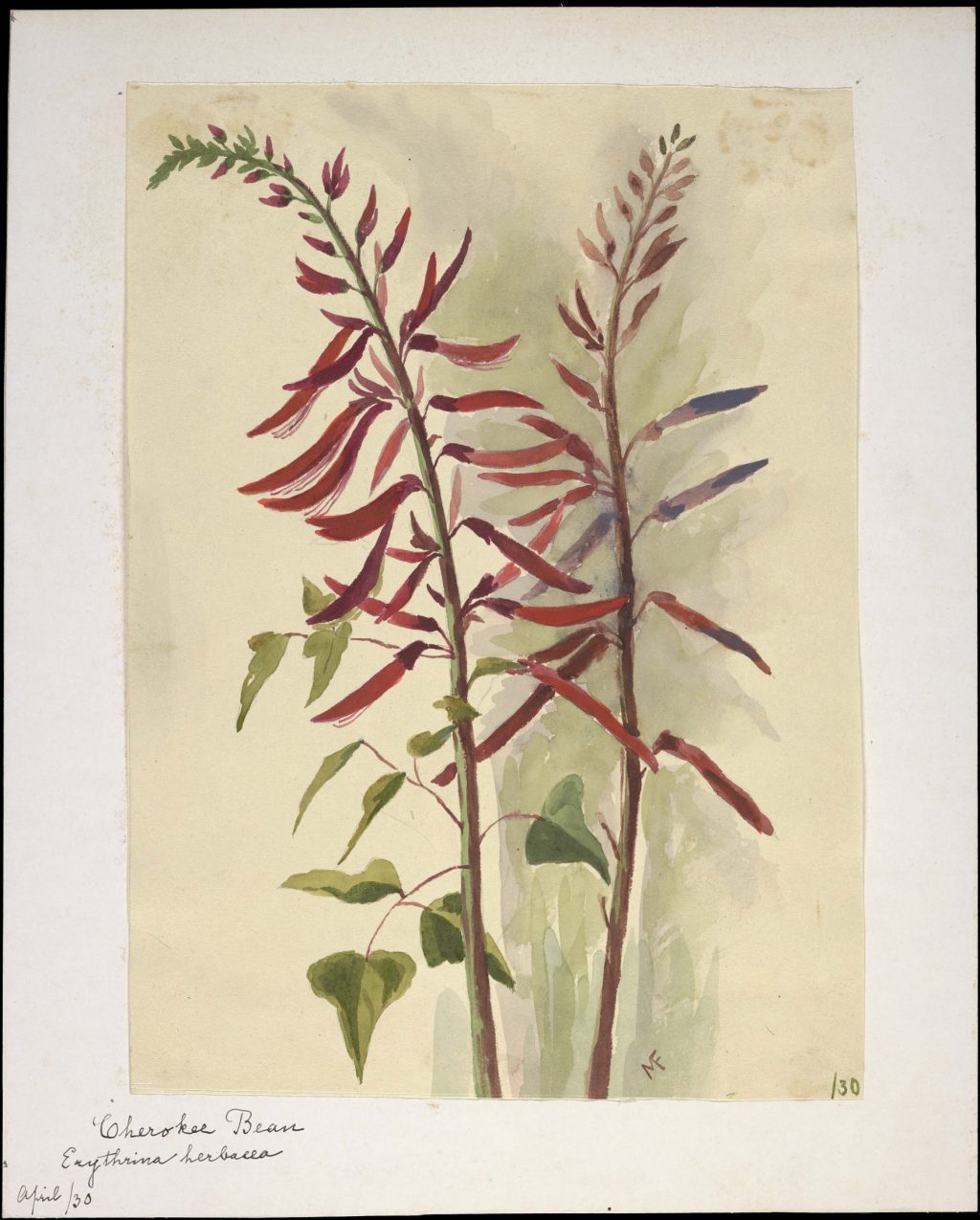 Botanical illustrator Minna Fernald painted more than 300 Florida plants, including this watercolor painting of Erythrina herbacea, which she later donated to the University of Florida Herbarium at the Florida Museum of Natural History.

By sequencing the DNA of Lindsley’s specimens and comparing it to that of moths from other countries and U.S. states, researchers determined the moths were in fact most closely related to others that occur in the Baja Peninsula and Arizona. However, although the moths across North and South America appear virtually identical, DNA analysis revealed the western moths were on an altogether different evolutionary trajectory than their eastern relatives.

“The specimens turned out to be western, but to our surprise, all western moths also turned out to be isolated genetically from the rest of the New World,” Sourakov said. “So we had two entities here: One ranging from Florida to Argentina, and the other one with a distribution in western North America, which we named as a new subspecies.”

While it’s still possible the insects were unintentionally brought into California by humans, their presence could also result from a natural expansion of their range, potentially mediated by regional changes in climate.

With a clear idea of where the moths are from, the researchers concluded their study with recommendations on how to eliminate their incursion with the use of synthetic pheromones to lure and capture adult moths.

Jing Zhang, Qian Cong, Leina Song and Nick Grishin of the University of Texas Southwestern Medical Center are co-authors on the study.

Funding for the study was provided in part by the National Institutes of Health (GM127390) and the Welch Foundation (I-1505).

Night-flyers or day-trippers? Study sheds light on when moths, butterflies are active