by Jerald Pinson • August 23, 2022
Mesquite plants, such as this specimen of Prosopis velutina, are common components of desert floras, due in part to their symbiotic relationship with bacteria that enable them to access atmospheric nitrogen. University of Florida Herbarium photo

After a comprehensive study of plants across the United States, researchers have arrived at the unexpected conclusion that plants able to fix atmospheric nitrogen are most diverse in arid regions of the country. This finding runs counter to the prevailing assumption that nitrogen-fixers should be comparatively most diverse in environments where nitrogen in the soil is in limited supply.

The results were particularly surprising given that nitrogen-fixers lack the traits often associated with dry soils, such as the thick water-storing stems of cacti. “At first glance, nitrogen-fixers don’t necessarily appear to be adapted for arid ecosystems,” said lead author Joshua Doby, a doctoral student in the department of biology at the University of Florida.

The reason for this unexpected pattern wasn’t immediately clear, but Doby suspects it’s related to the way nitrogen-fixers and non-fixers use the element.

Plants get creative to acquire nitrogen

Plants incorporate nitrogen into nearly every structure and reaction that takes place in their cells. Without it, they’d be unable to produce proteins, create enzymes or even photosynthesize. With nitrogen in such high demand, it’s often one of the biggest limits on plant growth — there simply isn’t enough of it to go around.

To make up for this shortage, plants have repeatedly evolved innovative ways to squeeze as much nitrogen as they can out of their surroundings. Venus flytraps and sticky sundews have evolved structures to steal nitrogen from insects, dung mosses grow exclusively on animal droppings, and the modified leaves of some pitcher plants provide a home for roosting bats in exchange for the nitrogen-rich feces they leave behind.

While nitrogen can be hard to come by in soils, there’s a nearly endless supply hanging just out of reach. Nitrogen gas makes up about 78% of Earth’s atmosphere, but like someone dying of thirst while lost at sea, plants are entirely incapable of absorbing it.

Bacteria, on the other hand, have mastered the trick of fixing atmospheric nitrogen on multiple occasions. A chance alliance between such a bacterium and a plant led to one of the largest botanical radiations on Earth, giving rise to the bean family, which today contains more than 18,000 species. The roots of many bean plants produce hollow nodules that promote bacterial growth. The plants pump these antechambers full of sugar to feed their bacterial partners and extract the nitrogen they expel as waste. 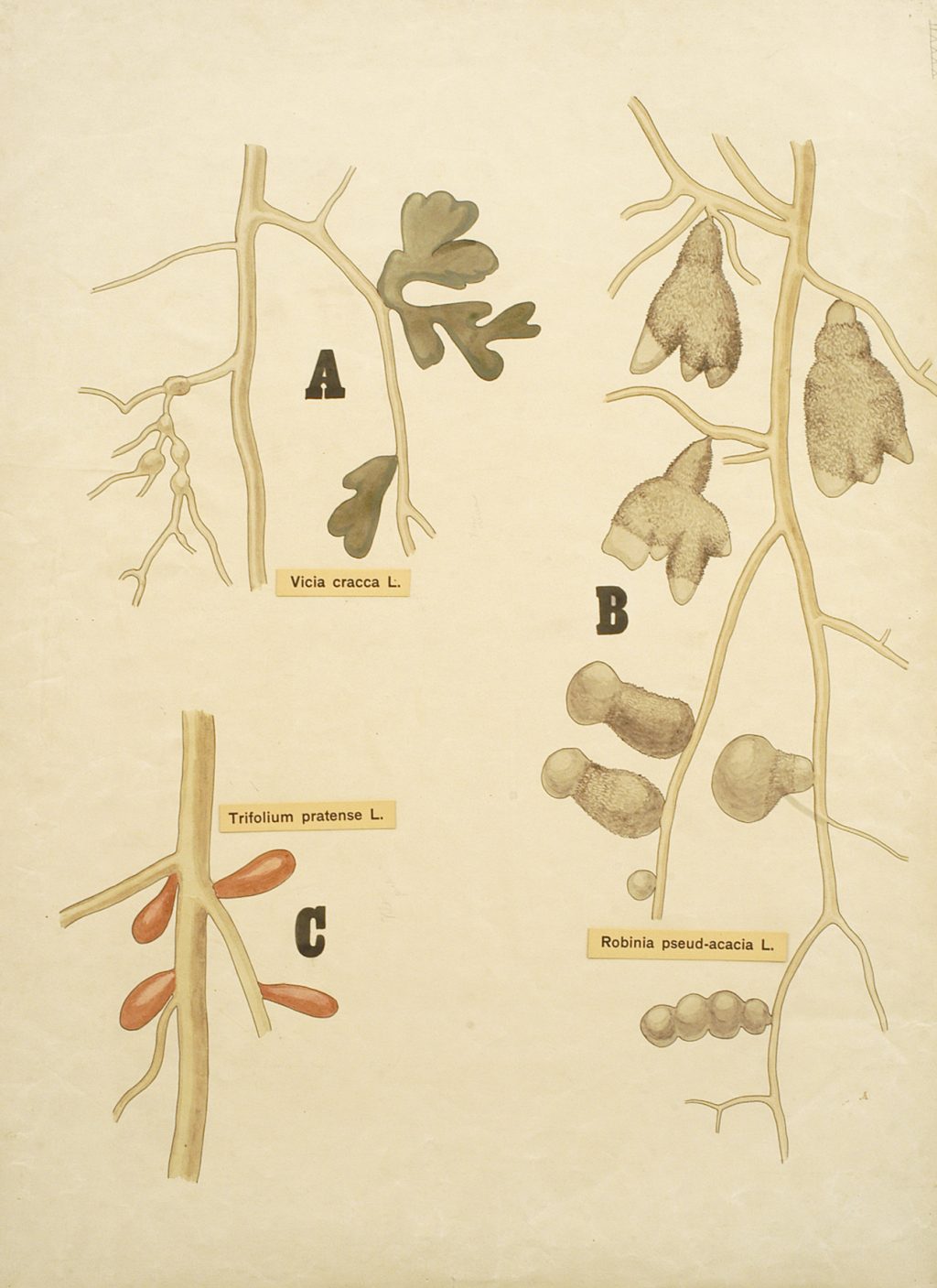 Bacteria-mediated nitrogen fixation in plants was discovered by the Dutch botanist Martinus Beijerinck who, at the time, was studying plant galls and became confused as to why such galls would form on roots without the apparent aid of parasitic insects. 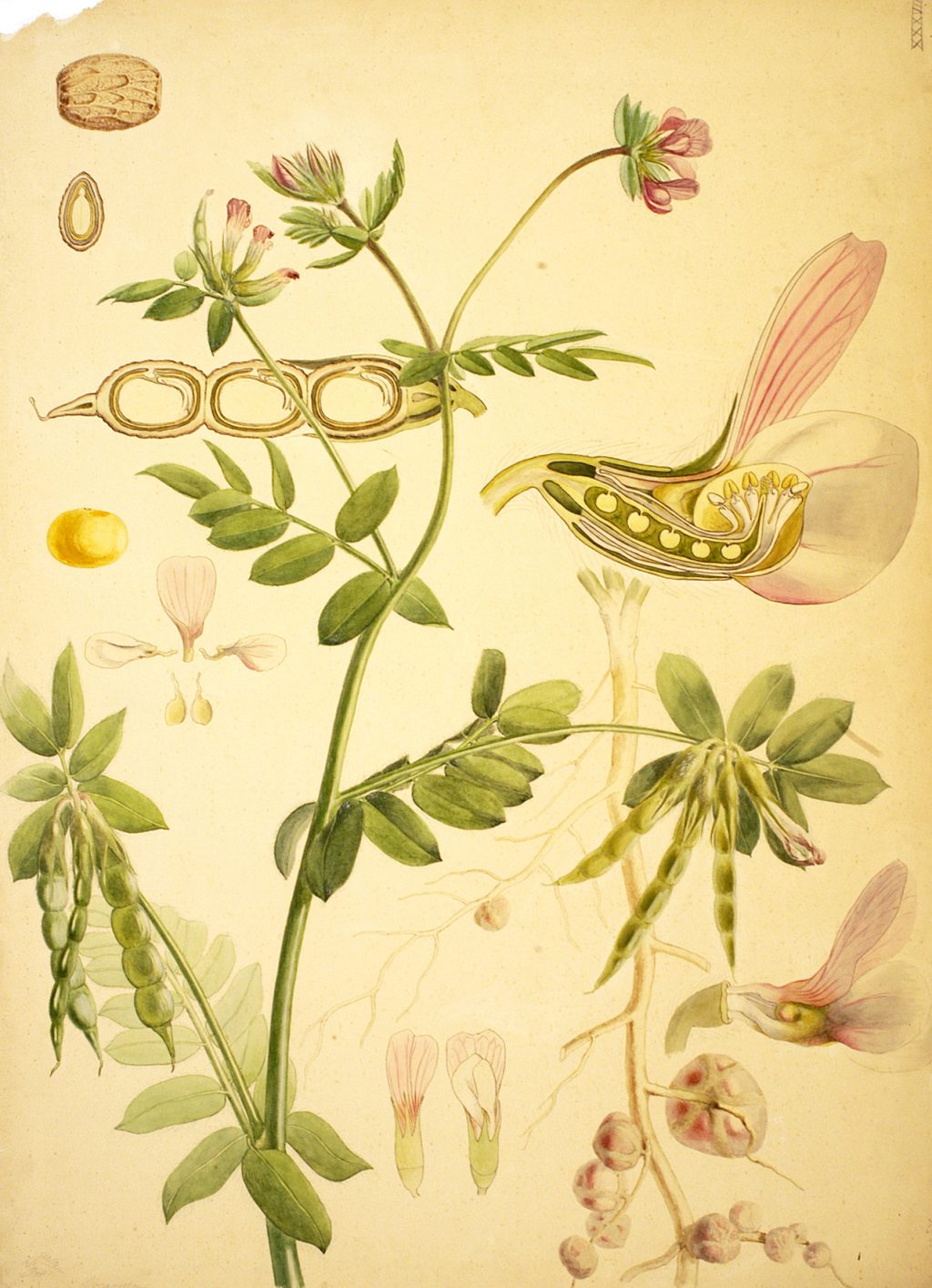 Botanists have speculated for decades that plants harboring nitrogen-fixing bacteria should be more diverse in ecosystems like savannas and grasslands. Wildfires regularly sweep through these environments, transforming trees and shrubs packed with nutrients into smoke and ash that’s blown away. Any nutrients that remain in the soil after a fire can slip below the reach of roots when it rains, before germinating plants have a chance to absorb them.

Researchers from the Florida Museum of Natural History, Louisiana State University and Mississippi State University set out to determine which environmental factors played the biggest role in shaping nitrogen-fixing plant communities in the United States. Using data from the National Ecological Observatory Network (NEON), they analyzed records for both native and invasive species from more than 40 sites across the U.S., including Puerto Rico.

The difference between the number of species — called species richness — and diversity is similar to choosing a color palette. A palette with 16 shades of blue contains more hues than a palette with eight complementary colors; however, the second palette contains a greater variety of colors and spans a broader spectrum of visible light.

There are thousands of flowering plant species that harbor nitrogen-fixing bacteria, and often individuals that are only distantly related to one another can be found growing side by side in deserts and scrub plains. These include familiar examples, such as mesquite and alder trees.

While dry-loving plants like cacti have evolved a litany of traits that allow them to thrive in deserts, Doby thinks plants with a rich store of nitrogen have a built-in advantage. “It’s not necessarily because aridity is driving diversity,” he said. “Plants that have more nitrogen have thicker cuticles, which makes them resistant to water loss.”

Most nitrogen-fixing plant lineages got their start in the Cretaceous, when dinosaurs were still around and temperatures were higher than they are today. Over the last 50 million years, Earth’s climate has gradually cooled and dried, sparking the formation of sprawling grasslands and vast deserts. Plants that couldn’t cut it in these new environments were gradually weeded out, Doby explains, while many nitrogen-fixers that were well-suited to this new world diversified in the vacated landscapes.

“This study gives us a really good idea of why plant communities are the way they are today,” Doby said, adding that he worries conditions that support diverse floras in arid regions may not last much longer. “As things become wetter and warmer due to climate change, the traits that made these plants well-adapted and diverse aren’t going to be very beneficial anymore. Many of the unique plant communities we have around today are going to be at risk in the long term.”

The authors published their study in the journal Global Ecology and Biogeography.

Robert Guralnick of the Florida Museum of Natural History, Daijang Li of Louisiana State University, and Ryan Folk and Carolina Siniscalchi of Mississippi State University are also co-authors on the study.

Funding for the study was provided in part by the University of Florida Biodiversity Institute and the National Science Foundation (Grant #1916632).

Genetic Mining of the Mints