Odd couples from the natural world – which one are you?

We all have our different ways of showing love, from a hug to flowers to a date at a fancy restaurant. But how do couples in the natural world express themselves? Feel the love with these eight tales of romance, and see if any of them remind you of someone you know – maybe even yourself. 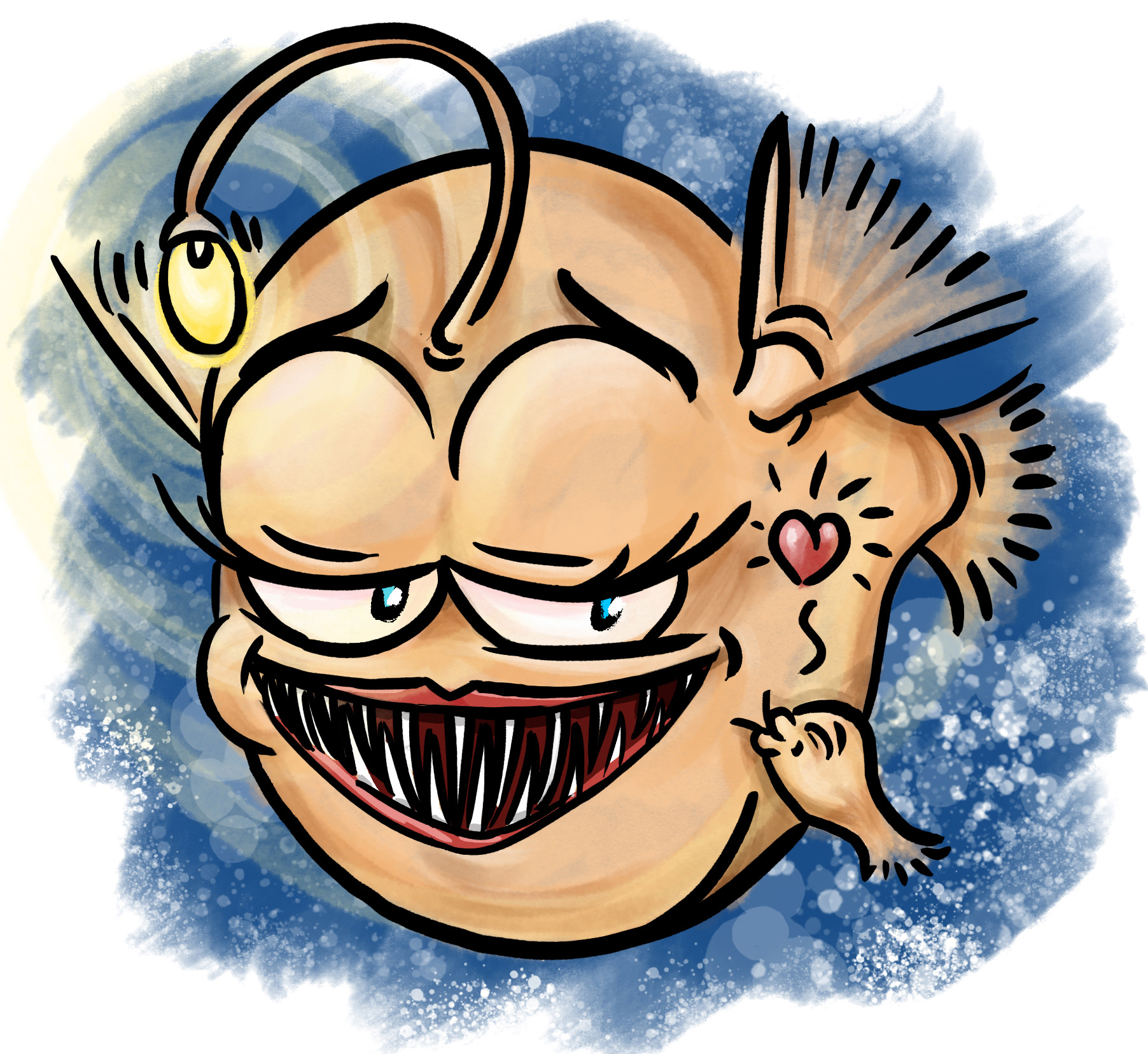 We’ve all seen those couples who can’t seem to get enough of each other, almost like they’re attached at the hip. That’s a reality for the male and female anglerfish, Haplophryne mollis. The iconic deep-sea monster with the dangling light and intimidating teeth is actually the female. The male is much smaller and has reduced physical features and no light. When the season for love arrives, the male anglerfish attaches himself to the side of the female by biting her. There he will stay forever to provide sperm to fertilize the female’s eggs whenever she’s ready. While not all male anglerfish are known to be parasitic, the ones that are stick to the female like glue. Little is known about these fish, but researchers are investigating whether the male’s vascular system fuses with the female’s, making them one. Talk about melting for someone.

We’ve all heard the saying “Less is more,” but when it comes to love, that’s not how the weaver bird sees it. After a year or two of nest-building practice, a male Ploceus vitellinus will make as many nests as he can for a prospective mate to inspect. Once a female has selected a nest and the male’s mating display is to her satisfaction, she will move in. But the other nests do not go to waste. Any other females who come along and find the remaining nests attractive can also set up house. The male will then spend his days tending to the females and making sure the nests stay up to their standards. 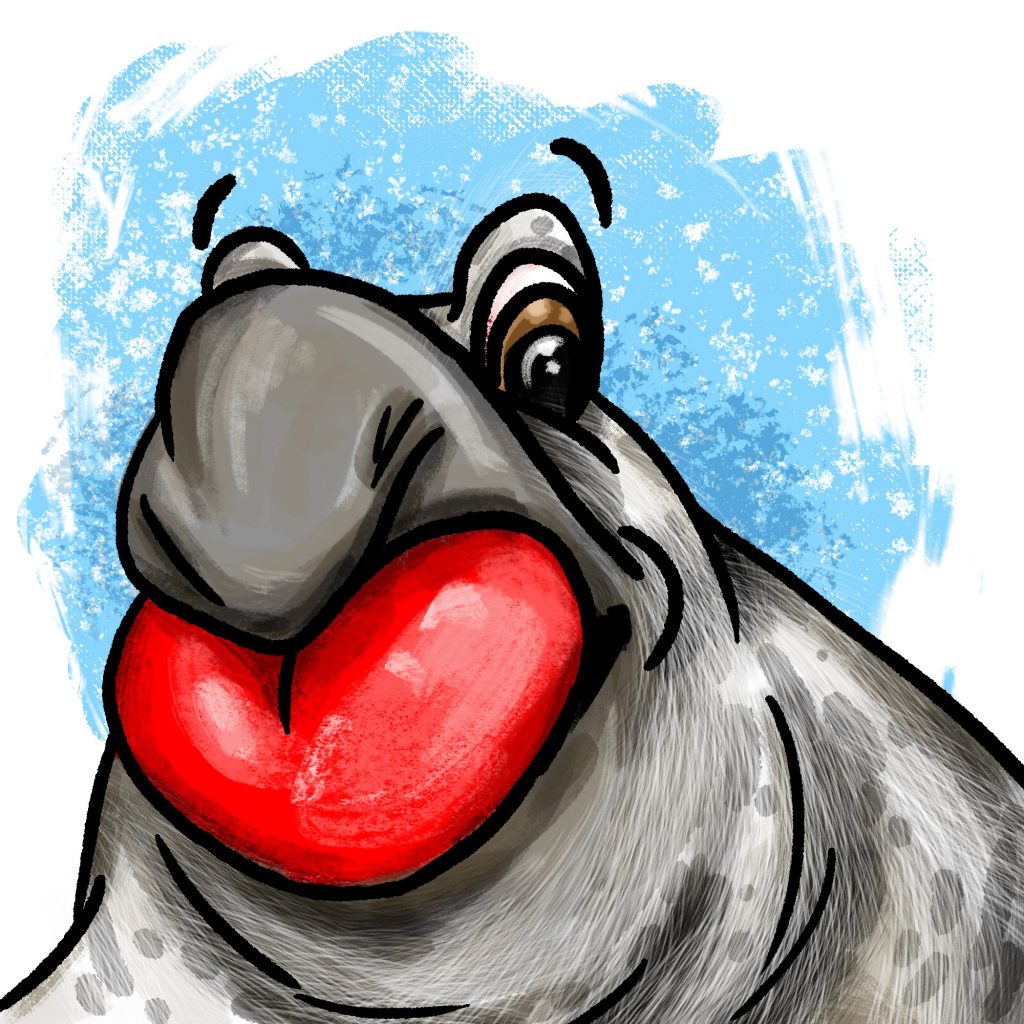 As a romantic gesture, a balloon seems to be working out pretty well for male hooded seals, Cystophora cristata. When love is in the air, males inflate their nasal sac — a pink balloon that comes out of their left nostril. This display shows their health and “manliness” to the ladies, while also scaring off males with smaller balloons. But if the balloon fails to intimidate a rival male, the two must resort to a duel for the right to mate with a female.

Have you ever been catfished – you flirt with someone online only to discover they’re not at all like their photos make them out to be? The bee orchid, Ophrys apifera, is the master catfisher of the plant kingdom. In order to make sure it is pollinated, the flower mimics the look, feel and smell of a female insect. This attracts male bees and beetles, who are tricked into trying to mate with the flower, pollinating it in the process. The bee orchid is one of nature’s greatest catfish, much to the dismay of unsuspecting male insects. 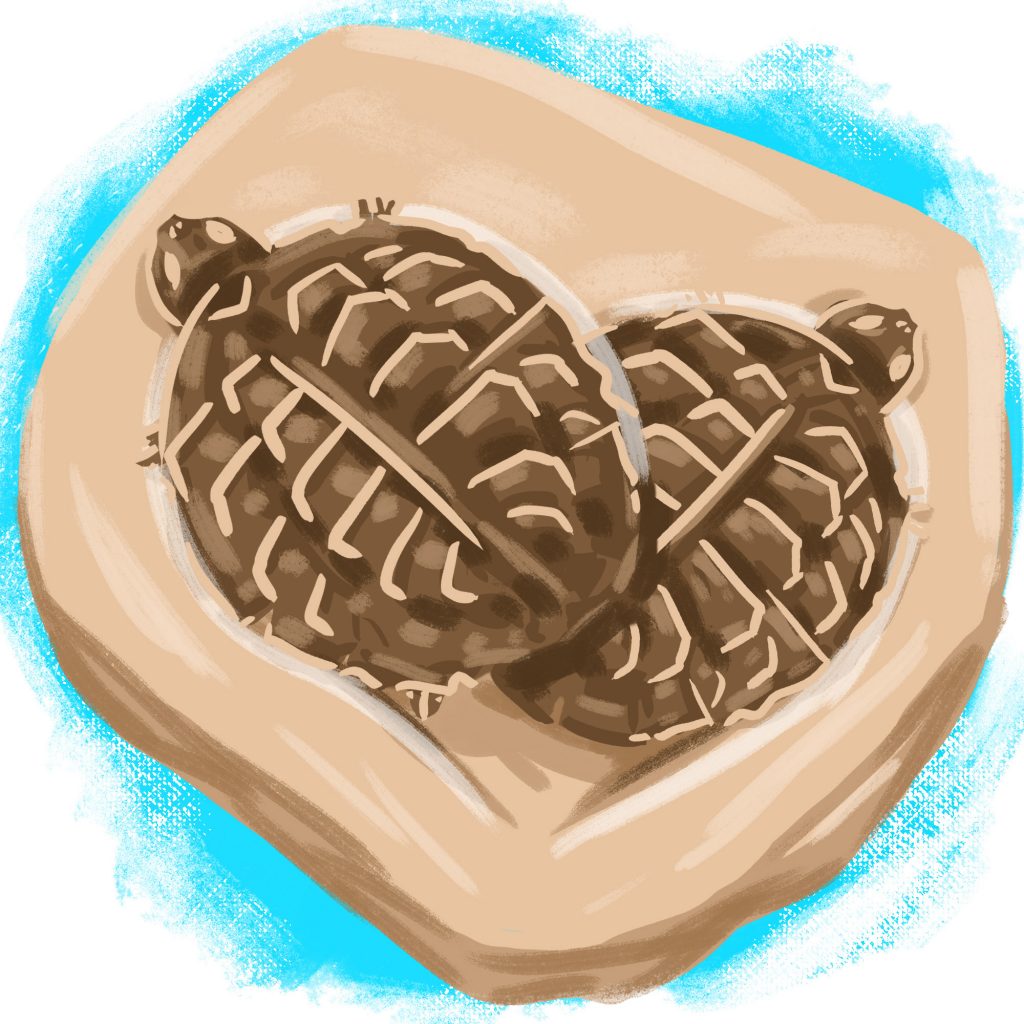 Nine pairs of mating turtles experienced a lovers’ worst nightmare. The aquatic turtles, Allaeochelys crassesculpta, perished in the act of copulation about 47 million years ago and were fossilized in present-day Germany — the first fossil record of vertebrates mating. According to a paper published in The Royal Society’s Biology Letters, the turtles likely began mating at the surface of a lake but sank into deeper waters where their skin absorbed poisons from volcanic gases or decaying organic matter. Passion seems to have gotten the best of these couples, and unfortunately they paid the ultimate price. 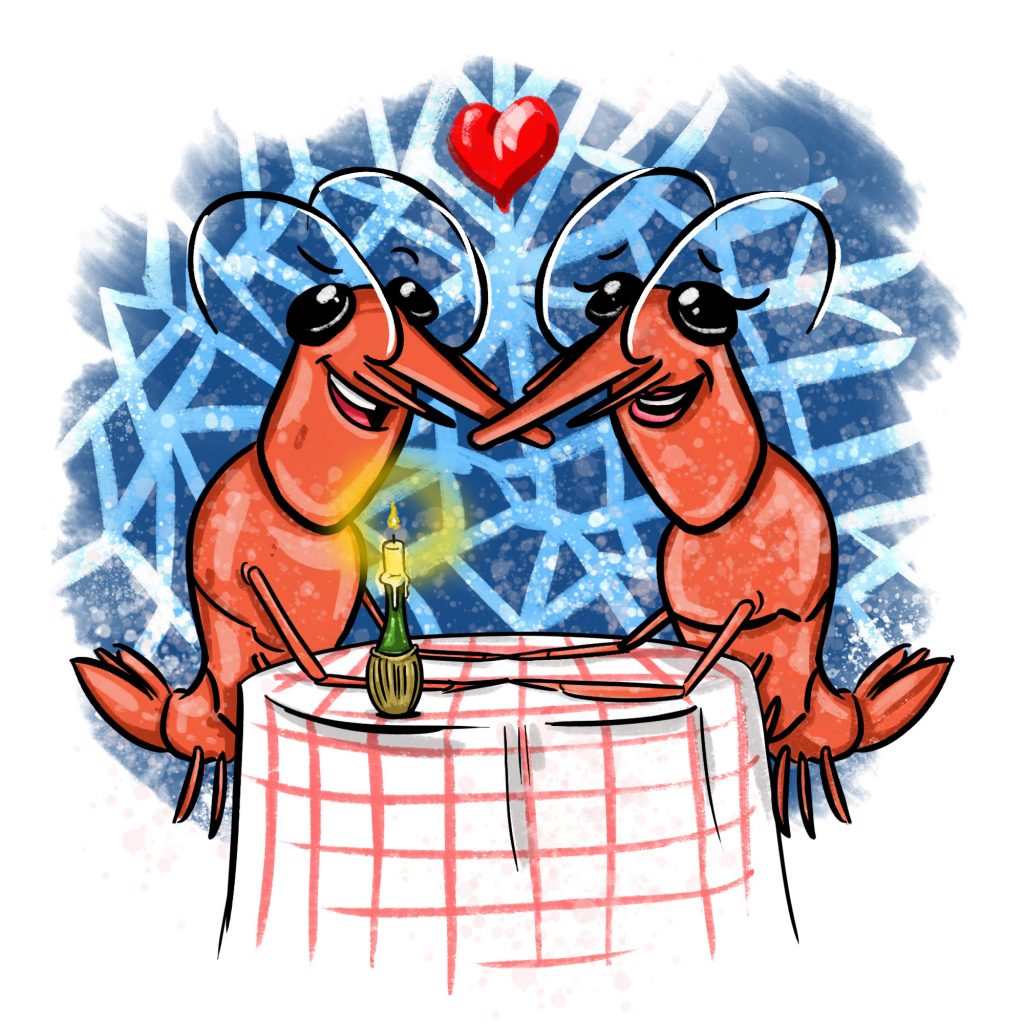 Till Death Do Us Part

Our next couple takes commitment to another level. Spongiocaris japonica is a shrimp that traps itself inside a glass sponge, also known as Venus’ Flower Basket, with its partner. Male and female shrimp find a sponge to live in when they’re young, and they spend the rest of their lives inside, eventually growing too big to escape the sponge’s mesh-like structure. They eat the waste produced by the sponge after it traps food inside its tissues, so there’s no need to fight about where to get dinner. When their offspring are born, they crawl out of the tiny openings of the sponge to live their own fairy tale. 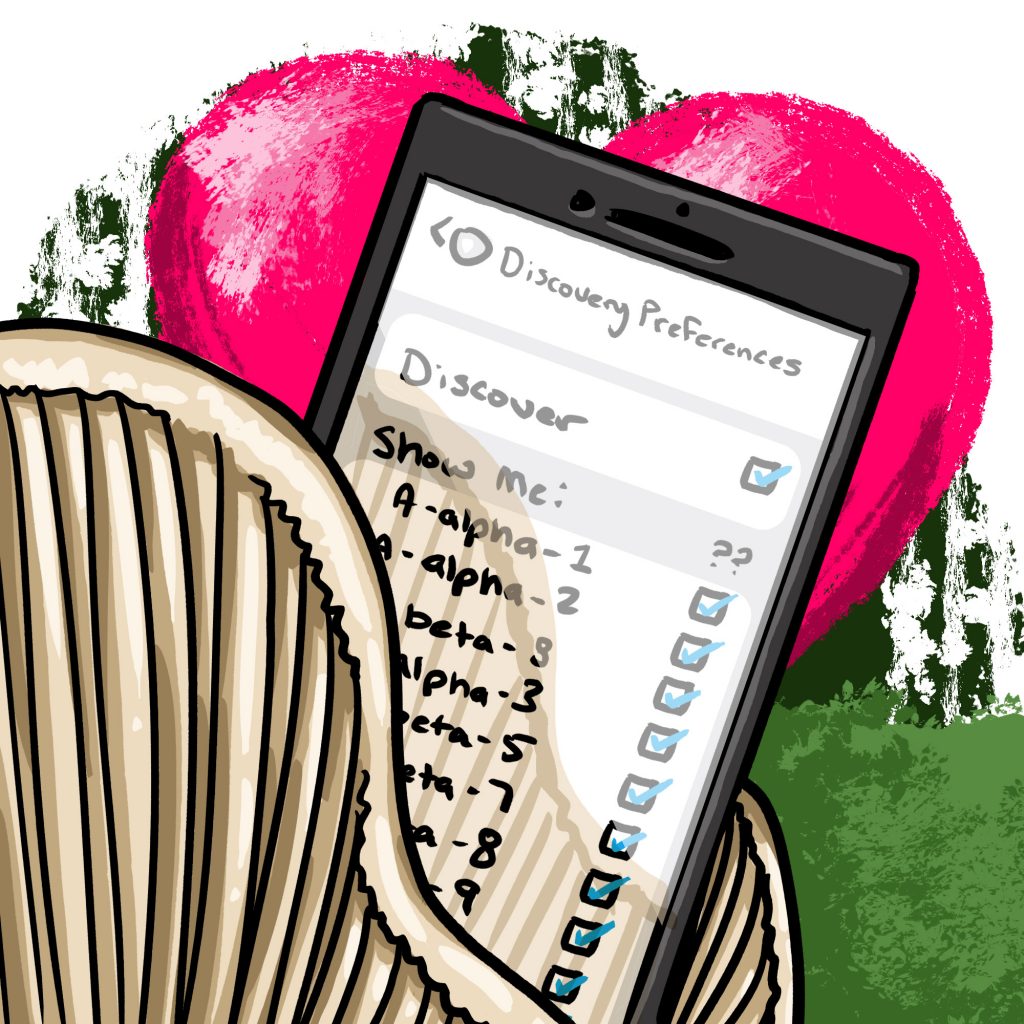 Love Has No Limits

The longer we search for that special someone, the more tempting it is to feel like our options are dwindling. That’s not a problem for Schizophyllum commune. This fungal species has a whopping 28,000 different sexes, giving each tiny spore plenty of potentially compatible partners. As long as a spore meets with another spore of a different sex, they can mate and produce offspring. This strategy has worked well for this mushroom: It’s one of the most widespread fungi in existence.

To Love and Protect

Some relationships in nature can actually be sweet. The relationship between the male and female of Napeogenes inachia, a type of clearwing butterfly, is the love story you’ve been waiting for. The male ingests a toxic chemical by feeding on certain flowers and decomposing foliage that protects him against predators, such as spiders. He also use these chemicals to attract female butterflies, releasing them via special “hair pencils” on his wings. The more chemicals a male has, the more attractive he is. During mating, he transfers these protective compounds with his sperm to the female butterfly, lending her and her eggs this valuable defense, a biological act of gallantry.