Night-flyers or day-trippers? Study sheds light on when moths, butterflies are active

Butterflies fly during the day while moths travel at night – or so you might think. In reality, their behavior is much more complicated.

A new Florida Museum of Natural History study offers the first comprehensive overview of the surprisingly complex question of when butterflies and moths are active.

The research identifies outliers – night-flying butterflies and day-tripping moths – and pinpoints nearly 50 shifts from nocturnal to daytime behavior over the insects’ evolutionary history. It also suggests that the earliest ancestor of butterflies and moths flew during the day, not at night, as previously thought.

While little to nothing is known about when the vast majority of butterfly and moth species fly, eat and mate, the study provides a basic and much-needed framework by compiling existing data, said lead author Akito Kawahara, associate professor and curator at the museum’s McGuire Center for Lepidoptera and Biodiversity at the University of Florida.

“Even though butterflies and moths have been studied for centuries, there’s still a lot we don’t know about them,” he said. “We wanted to pull all the data together on when these insects are active to get a better picture of what’s happening. There are still major gaps in our knowledge, and many groups are understudied, especially in moths, but this lays a foundation for future studies.” 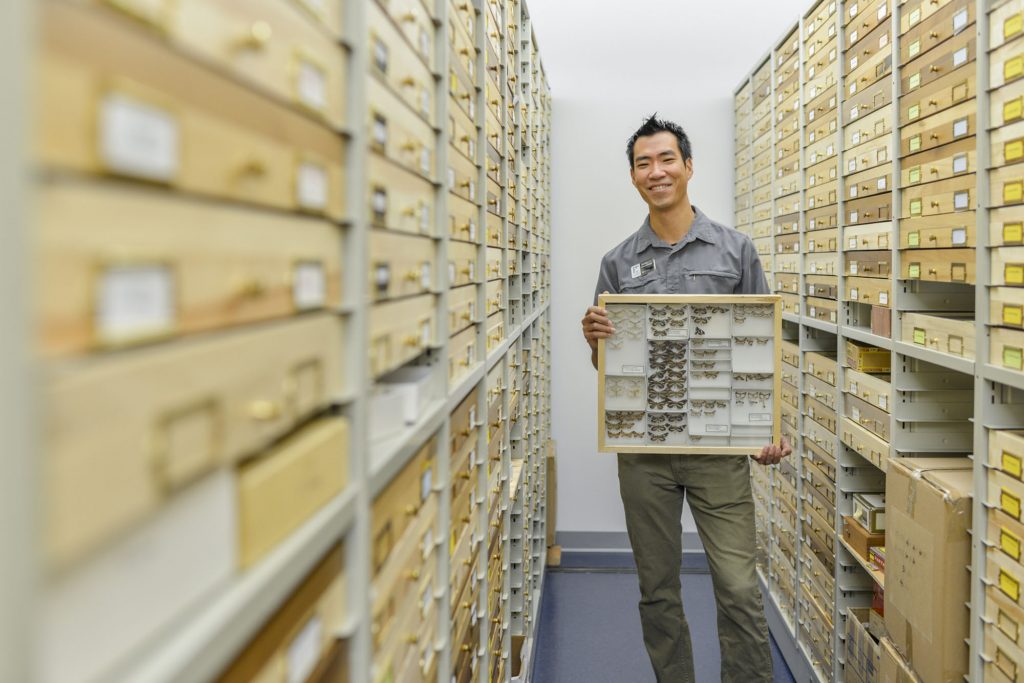 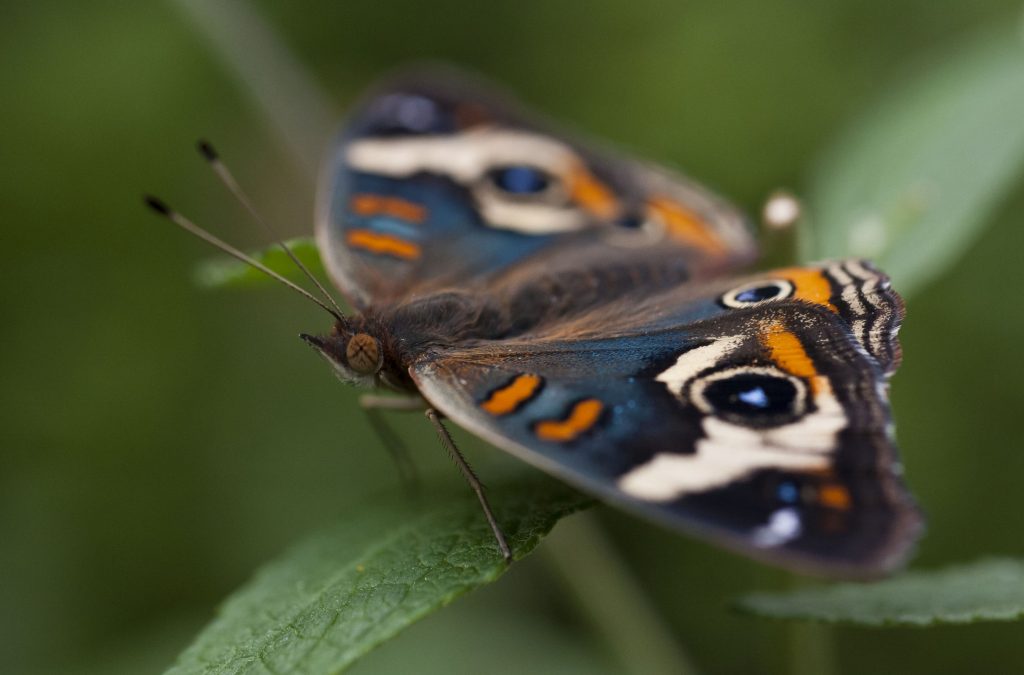 This common buckeye butterfly, Junonia coenia, has large eyespots that may be used to ward away predators. 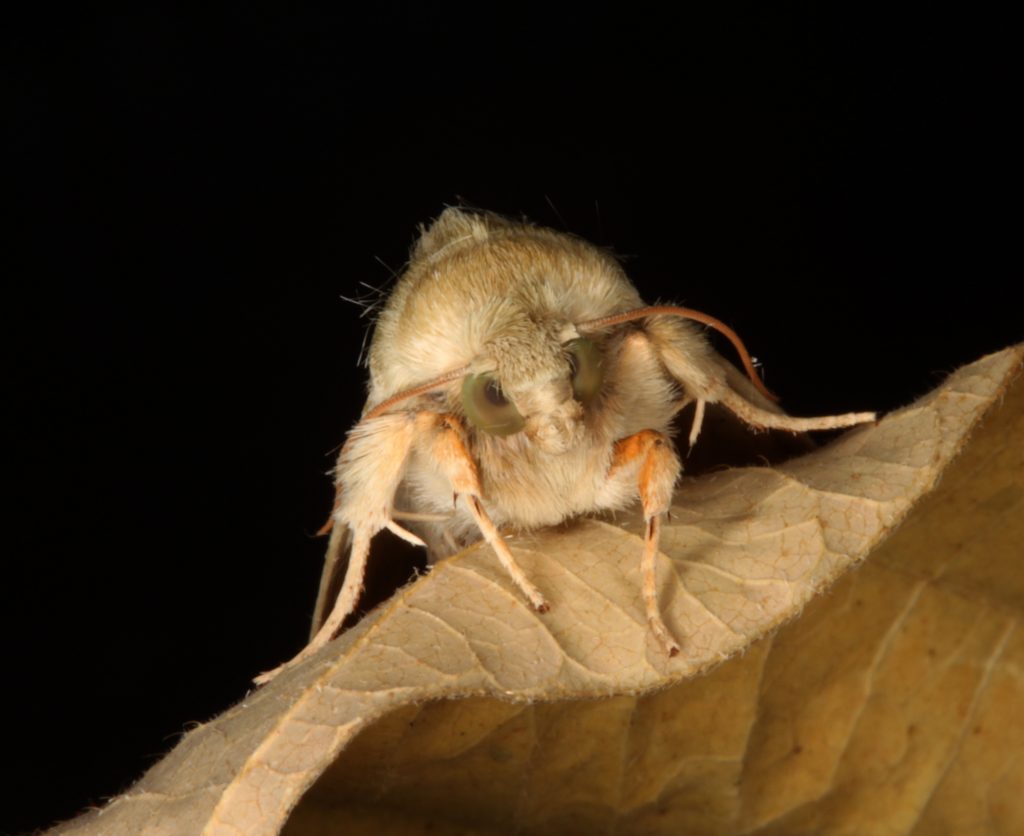 This subflexus straw moth, Chloridea subflexa, embodies characteristics commonly associated with moths: muted colors, a large, furry body and nighttime activity. But moths can vary widely in appearance, and while most are nocturnal, thousands of moth species fly during the day.

To gather all available data on when butterflies and moths are active, Kawahara and seven of his lab members rented an Airbnb house for the weekend, opened a shared Google document, divided up Lepidoptera lineages and started digging through two centuries’ worth of scientific literature. They added information from museum specimen labels and personal observations, categorizing butterflies and moths as day-flying, night-flying or twilight-flying.

They mapped these categories on the evolutionary tree of Lepidoptera, the order that includes butterflies and moths, and fed the data into a computer program. The team then used the program to predict when butterflies that lived millions of years ago were active.

The study predicts an estimated 75 to 85 percent of Lepidoptera are nocturnal, and about 15 to 25 percent are active during the day. Few species fly only during twilight hours.

Their findings are presented in a paper published in Organisms Diversity and Evolution.

Because the majority of Lepidoptera are active at night, scientists thought the common ancestor of butterflies and moths was nocturnal. But the computer program predicted the ancestor flew during the day, an unexpected finding based on the fact that the moth group most closely related to caddisflies, close relatives of butterflies and moths, is active during the day.

“That’s what the data seem to say,” Kawahara said. “The hypothesis was that Lepidoptera started shifting to day activity to avoid getting eaten by bats, but the answer may not be that simple.”

Although there are few physical characteristics that mark a species as day-flying or night-flying, the study identified several trends.

“In the daytime, visual cues are used more,” Kawahara said. “Because there’s more light, the insects use the colors as a way of display.” 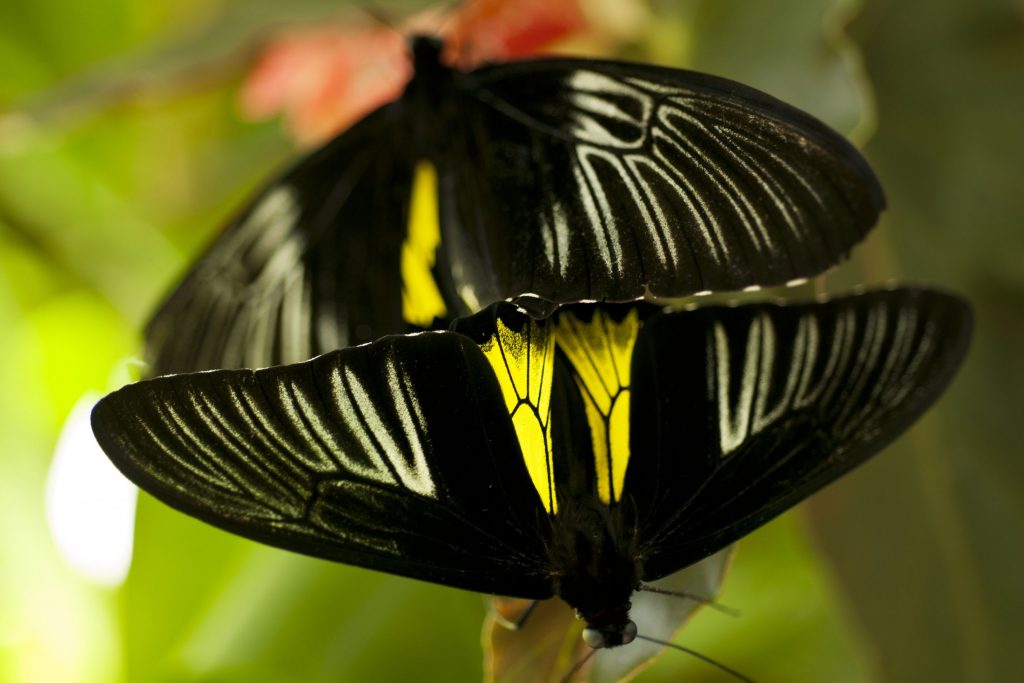 Day-flying butterflies and moths often have colorful wings, like these birdwing butterflies, Troides helena. Brighter environments allow them to use colors as visual cues to ward off predators or attract mates. 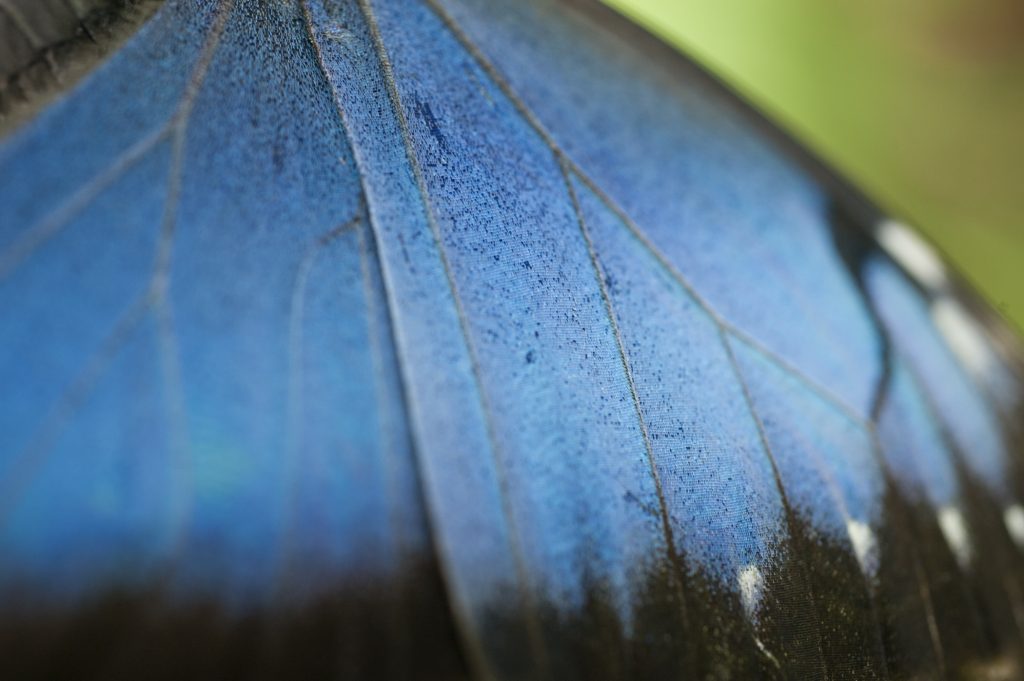 Tiny structures in the scales of the blue morpho butterfly, Morpho menelaus, manipulate light to lend these wings their brilliant color and iridescence. 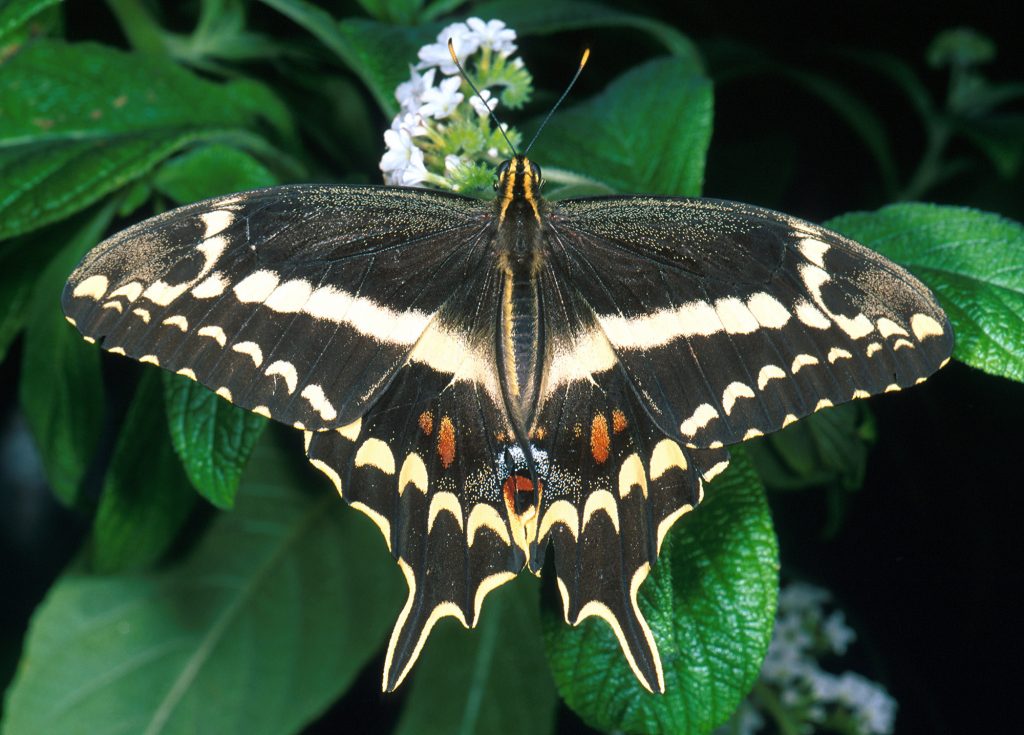 The critically endangered Schaus’ swallowtail butterfly, Papilio aristodemus, is native to South Florida. Kawahara said a widespread effort to document butterfly and moth behavior is crucial, especially as many species are on the decline.

There is also a strong correlation between nighttime activity and the development of hearing organs, which Kawahara said may have originated as a defense mechanism against insect-eating bats.

While most moths are nocturnal and nearly all butterflies fly during the day, there are notable outliers.

Some day-flying moths, such as certain species of silk moths, have “big, flashy wings,” Kawahara said, while others, such as tiger moths and borer moths, mimic bees or wasps to ward off would-be predators. Others live at high altitudes or in colder areas or are active in autumn or winter and likely adapted to daytime activity because the temperatures at night were too cold for flying, he said.

The only group of butterflies known to be nocturnal, the Hedylidae, were long mistaken for moths because of their dull-colored wings and hearing organs, which most butterflies lack. 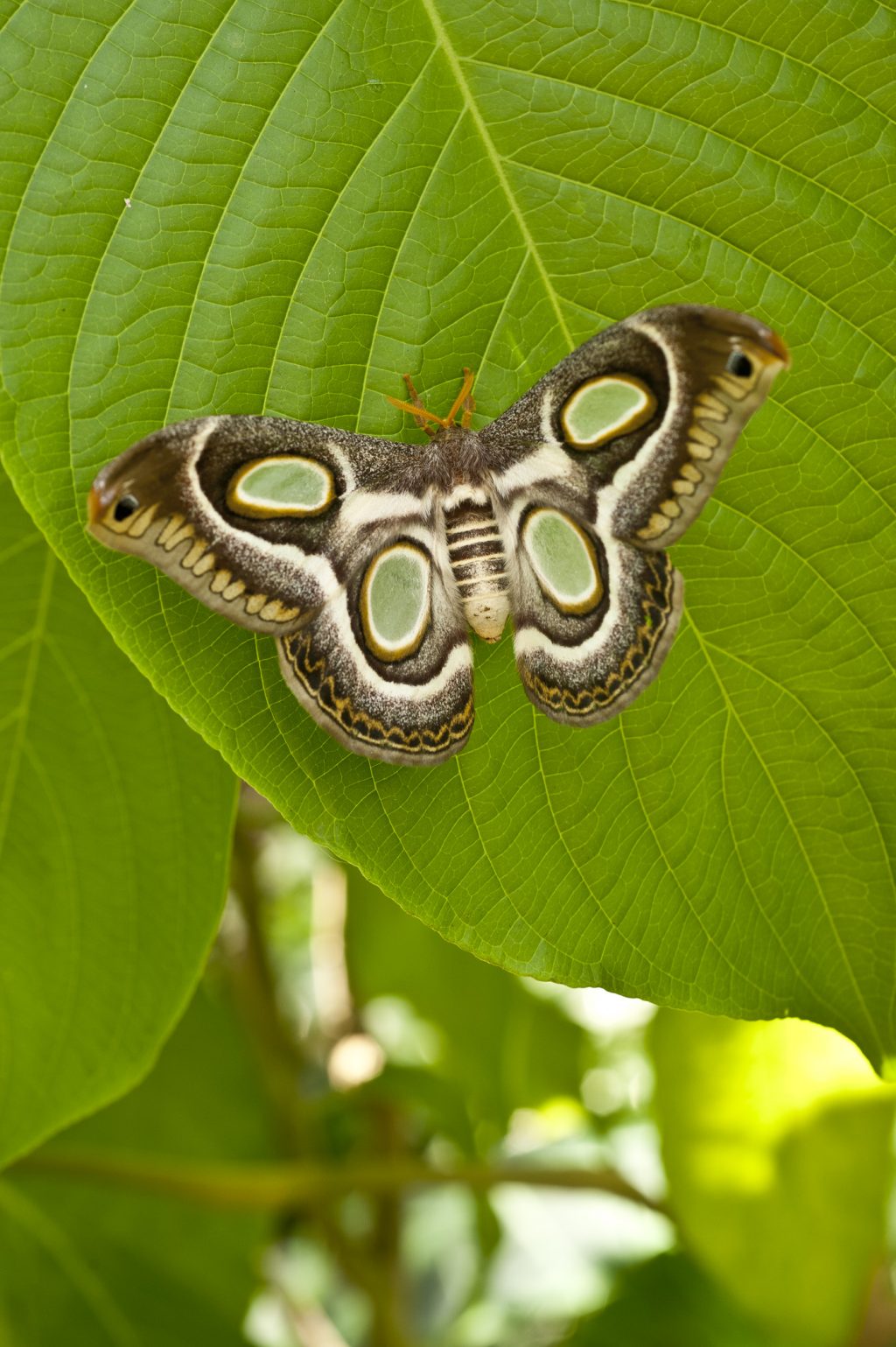 Some species in the family Saturniidae, like this white-ringed atlas moth, Epiphora mythimnia, are active in the daytime. Many saturniids have large, colorful wings, a common feature in day-flying moths. 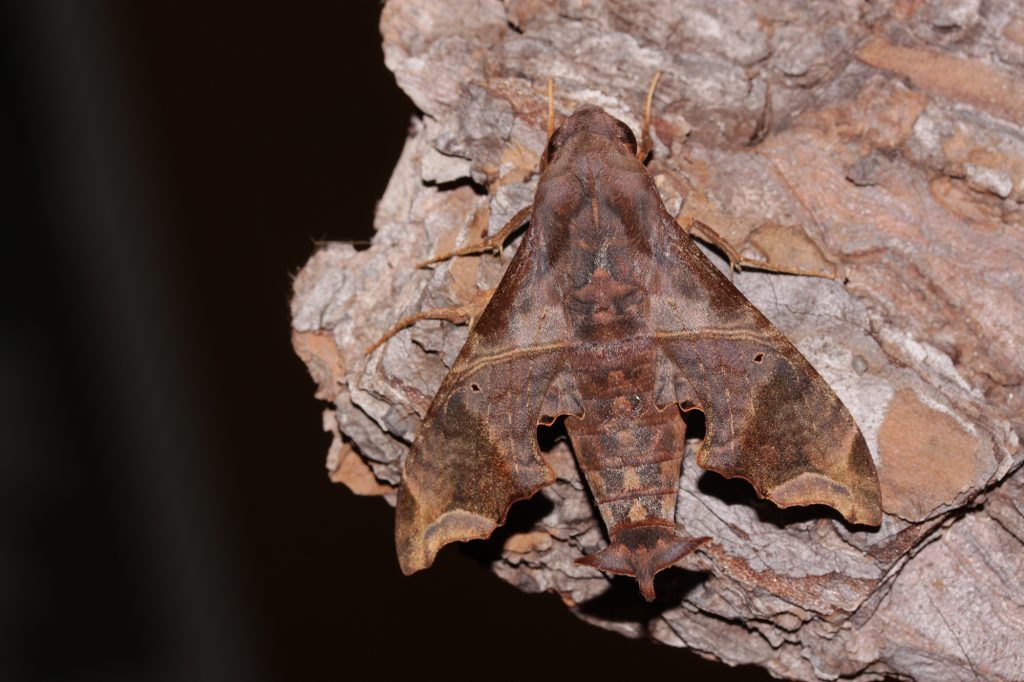 Moths in the family Sphingidae such as this mournful sphinx moth, Enyo lugubris, are important pollinators and can be active during the day, night or twilight, depending on the species. Florida Museum photo by Andrei Sourakov 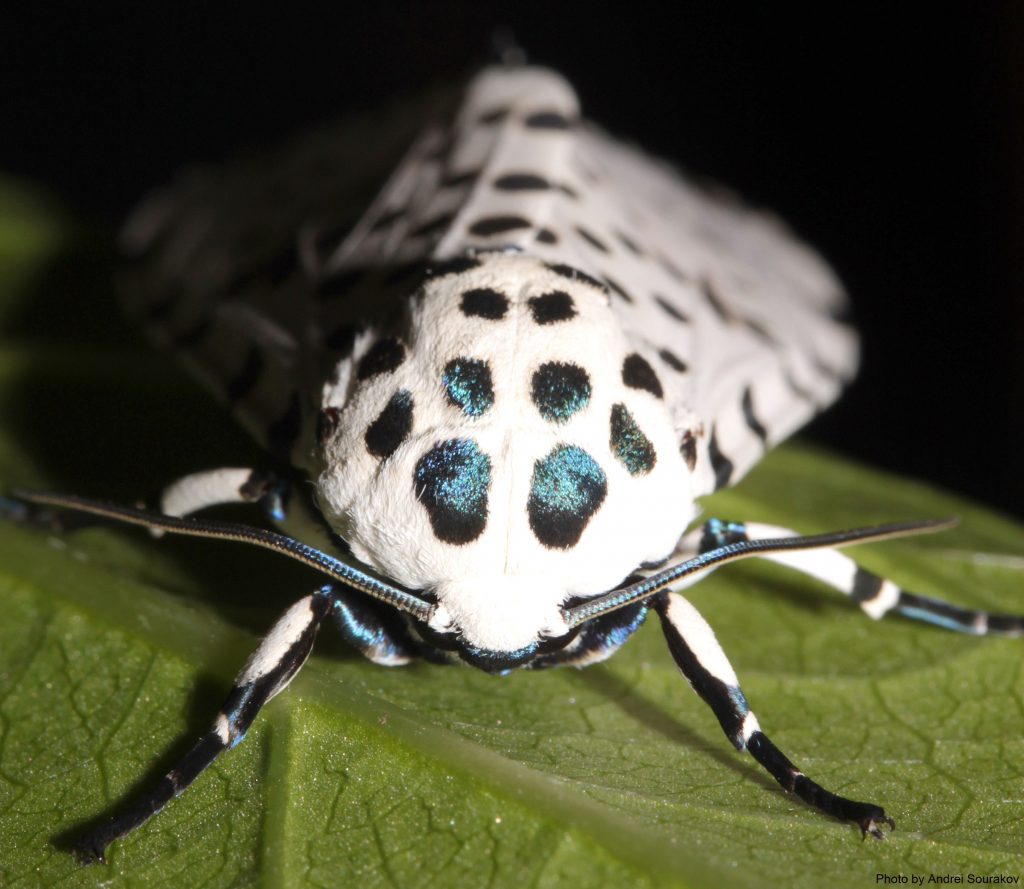 Native to the Americas, the great leopard moth, Hypercompe scribonia, is nocturnal and has ears, likely for detecting insect-eating bats. 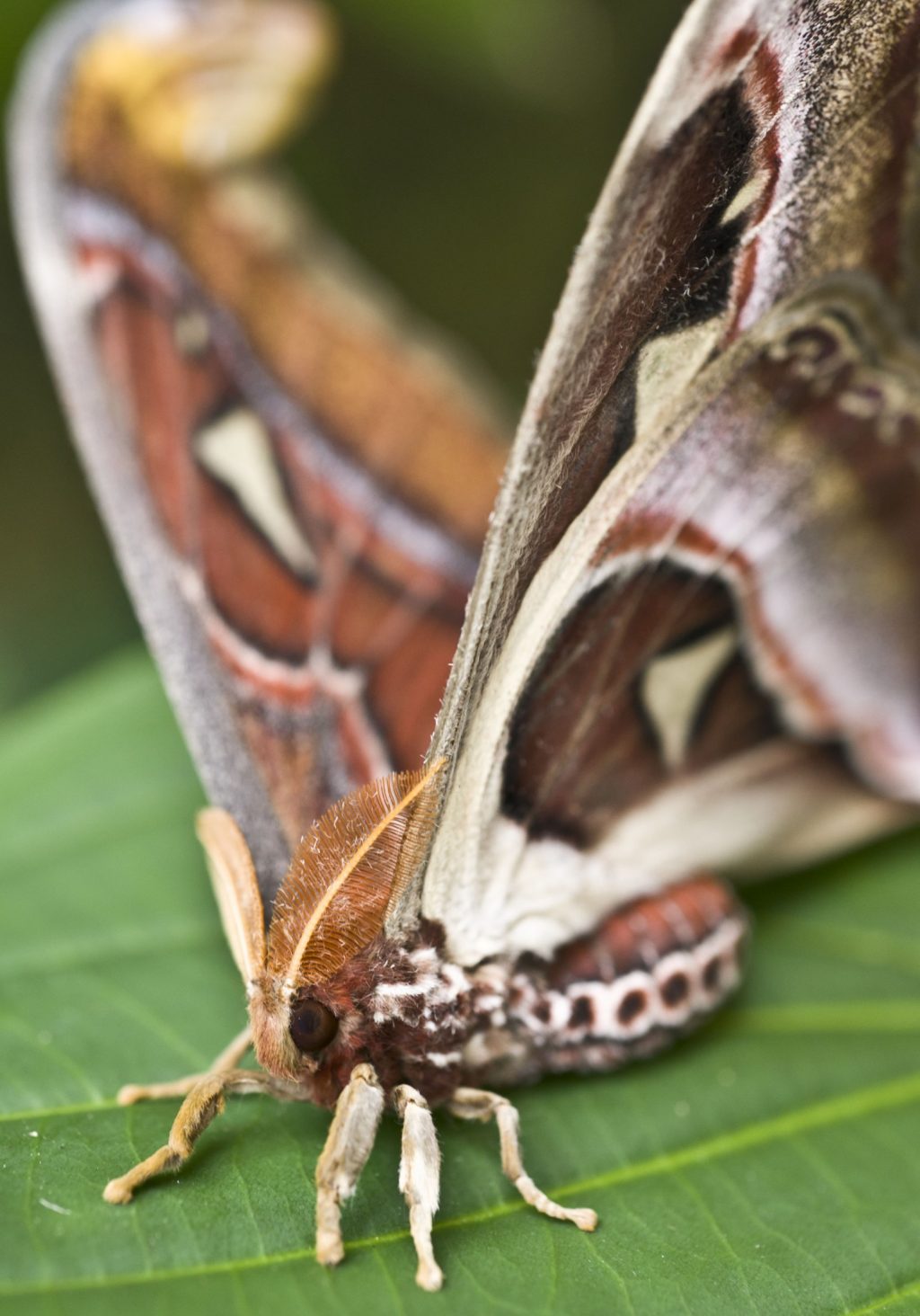 Native to Southeast Asia and the Malay Archipelago, the atlas moth, Attacus atlas, is a large day-flying species whose wings can span up to 12 inches. 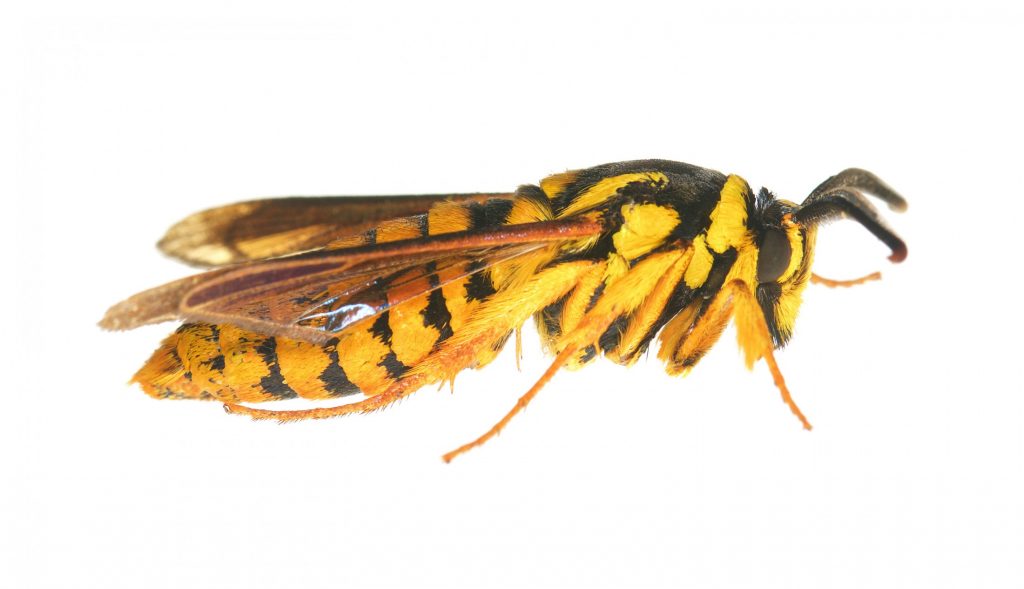 Moths in the family Sesiidae such as this hornet clearwing, Paranthrene simulans, often mimic bees or wasps to protect them from predators. 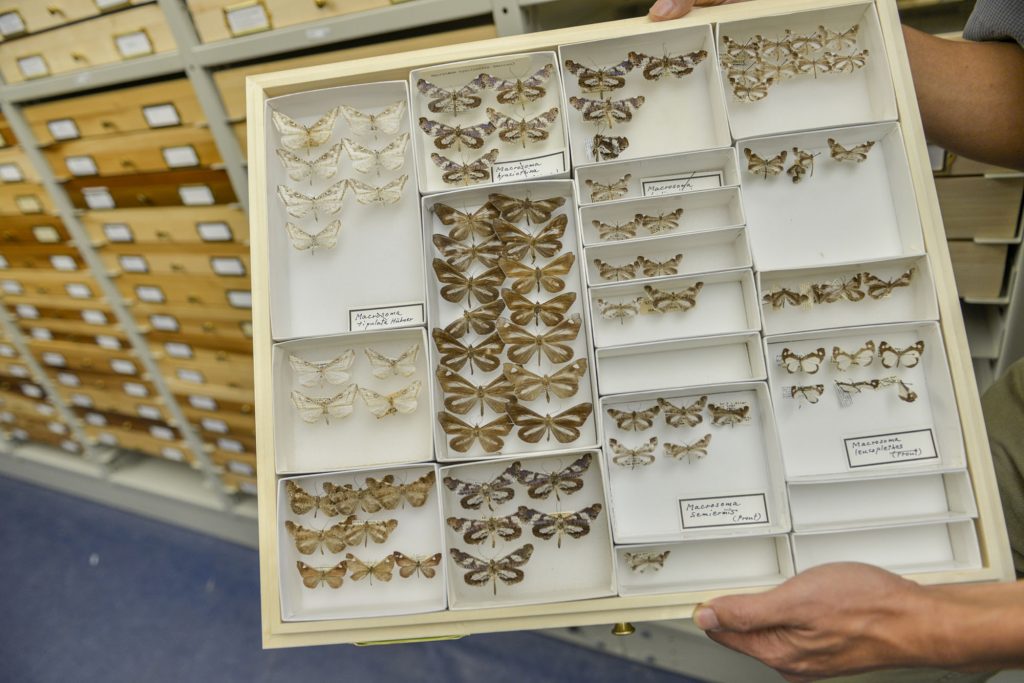 Butterfly-moths in the family Hedylidae were long mistaken for moths because of their nocturnal behavior, dull-colored wings and hearing organs.

The study showed nearly 50 shifts from nocturnal to daytime activity, and there have likely been many more, Kawahara said.

“Some of these shifts may not have played out so well – I think there has probably been a lot of extinction,” he said. “But this shows how Lepidoptera are incredibly adaptable to all kinds of environments, whether it’s the top of a mountain, an Amazon rainforest or an island. This is why they’re able to switch between night and day and survive under those conditions.”

One of the team’s next projects is to use fossils to add time stamps to the Lepidoptera evolutionary tree. Knowing when butterflies and moths shifted from day activity to night, or vice versa, could help answer the main question that nags Kawahara.

“Why is this happening?” he said. “Is it competition, predation, mating? We just don’t know.”

He pointed out that the study’s dataset only represents about 500 of 160,000 described Lepidoptera species, and undescribed species of butterflies and moths could number between 500,000 to a million.

“We just don’t have those data yet,” he said. “We’re making inferences based on the little that we know.”

But you don’t have to be a scientist to help close the knowledge gaps, he said. By posting time-stamped photos of butterflies and moths on social media and tools such as iNaturalist, the public can provide scientists with much-needed information.

“Recording what you see in your yard or at your porch light at night is really valuable,” Kawahara said. “For the most part, we don’t have specific information about when certain insects are active, even from specimens in museum collections. These questions really can’t be answered without help from the public. It’s even more important to document insects as we see species disappearing.”