The Florida Museum of Natural History has hired botanist Lucas Majure as assistant curator of the University of Florida Herbarium. Previously a research scientist at Arizona’s Desert Botanical Garden, Majure’s work will now center on caring for one of the largest tropical plant collections in the U.S.

Established in 1891, the herbarium houses about 400,000 specimens, making it both the oldest and largest plant collection in Florida, and the fourth-largest in the Southeast. Still, Majure sees opportunities for growth. His first order of business will be to use the herbarium’s space more strategically to build up the collection.

“We have a really amazing collection but we need to expand a little bit,” Majure said. “When there’s the capacity to do so, diversify.” 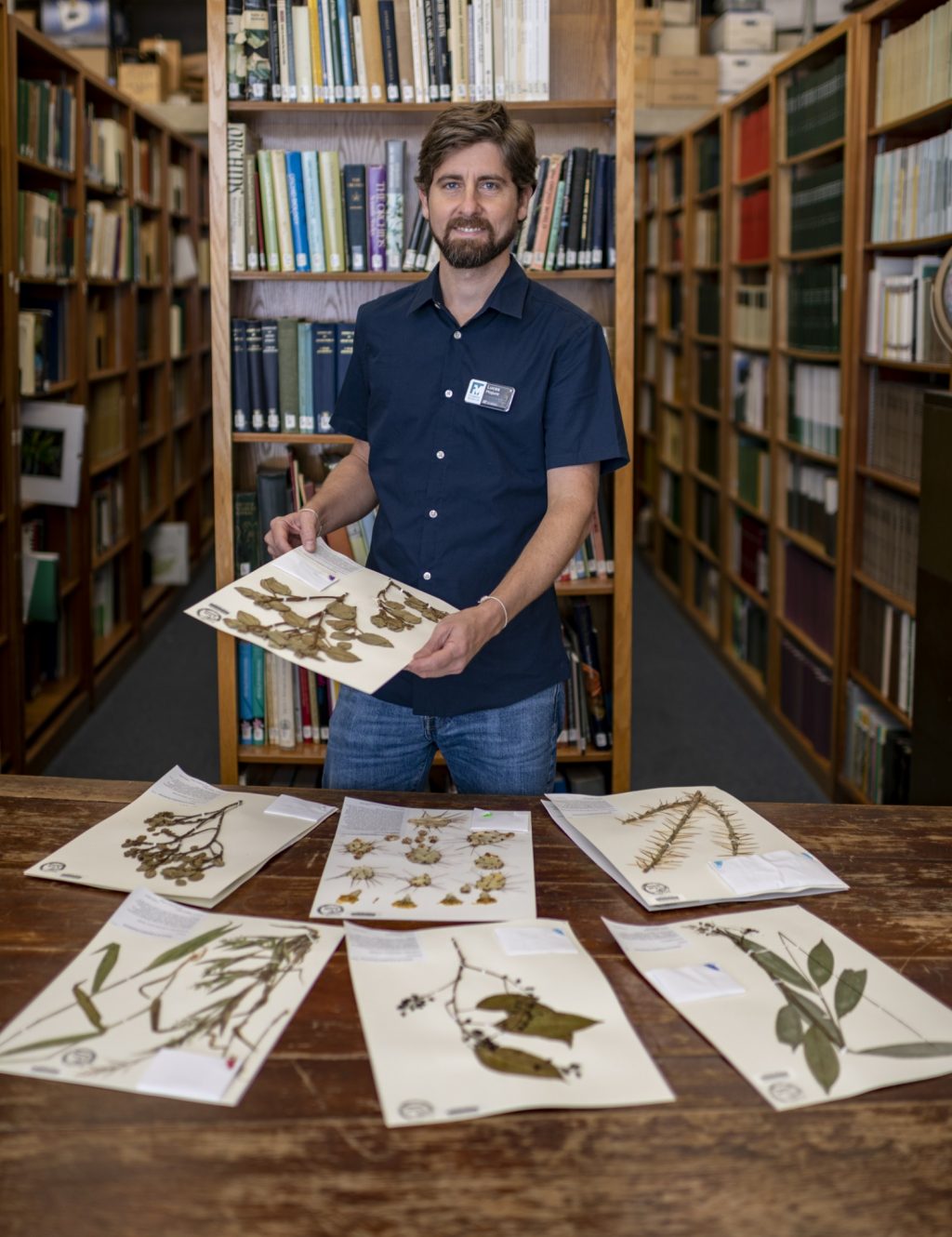 Majure’s work has centered on cacti in the Greater Antilles and the Southeast U.S. 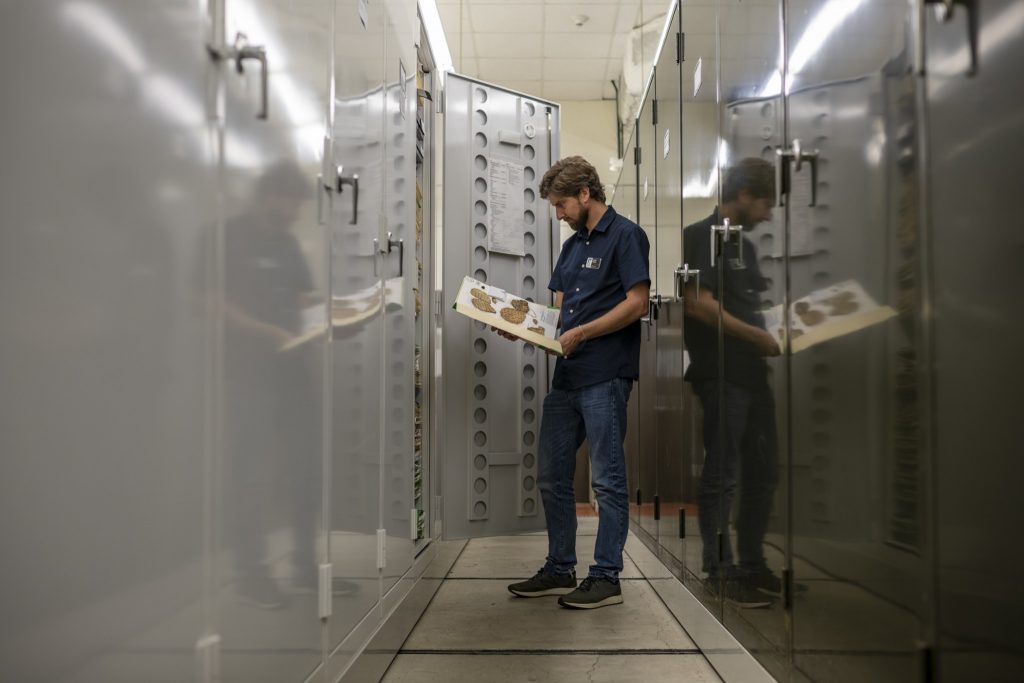 Majure examines specimens in the herbarium. Rooms are climate controlled, and specimens are kept in dark places where they are best preserved. 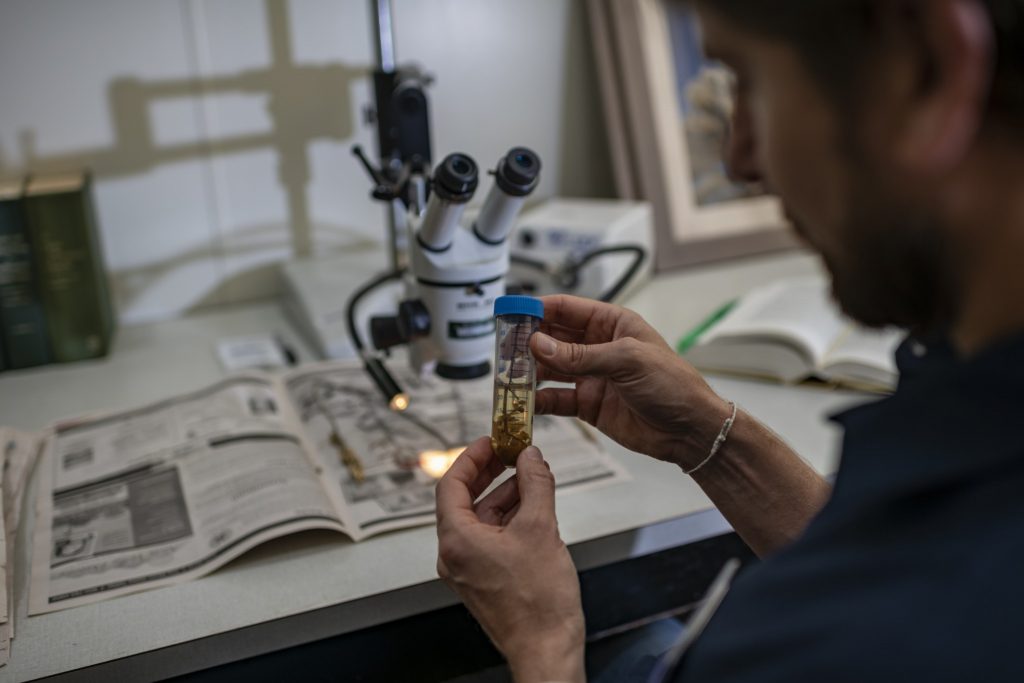 Some plant materials are stored in alcohol or other preservatives to make them easier to dissect and study. Fluid-preserved specimens can last for hundreds of years.

Majure plans on focusing his interests in species’ origins and distributions to both broaden and deepen the stories of ecological interconnectedness that the herbarium’s specimens tell. A succulent expert, Majure would also like to increase the representation of arid plants in the collection. But he is far from new to tropical plants, having previously focused much of his work in the Caribbean.

“All herbaria do the same things in terms of curating plants in perpetuity for everyone’s sake, but since we have such a strong collection of Southeastern and Antillean flora, part of the story we like to tell is that we have a long history of working in those areas and we are going to continue expanding our collections,” Majure said. “Another goal of mine is to have every plant family on the planet represented in the herbarium. It adds another layer of perspective. Once you compare arid and tropical taxa, you begin to realize it’s all connected.” 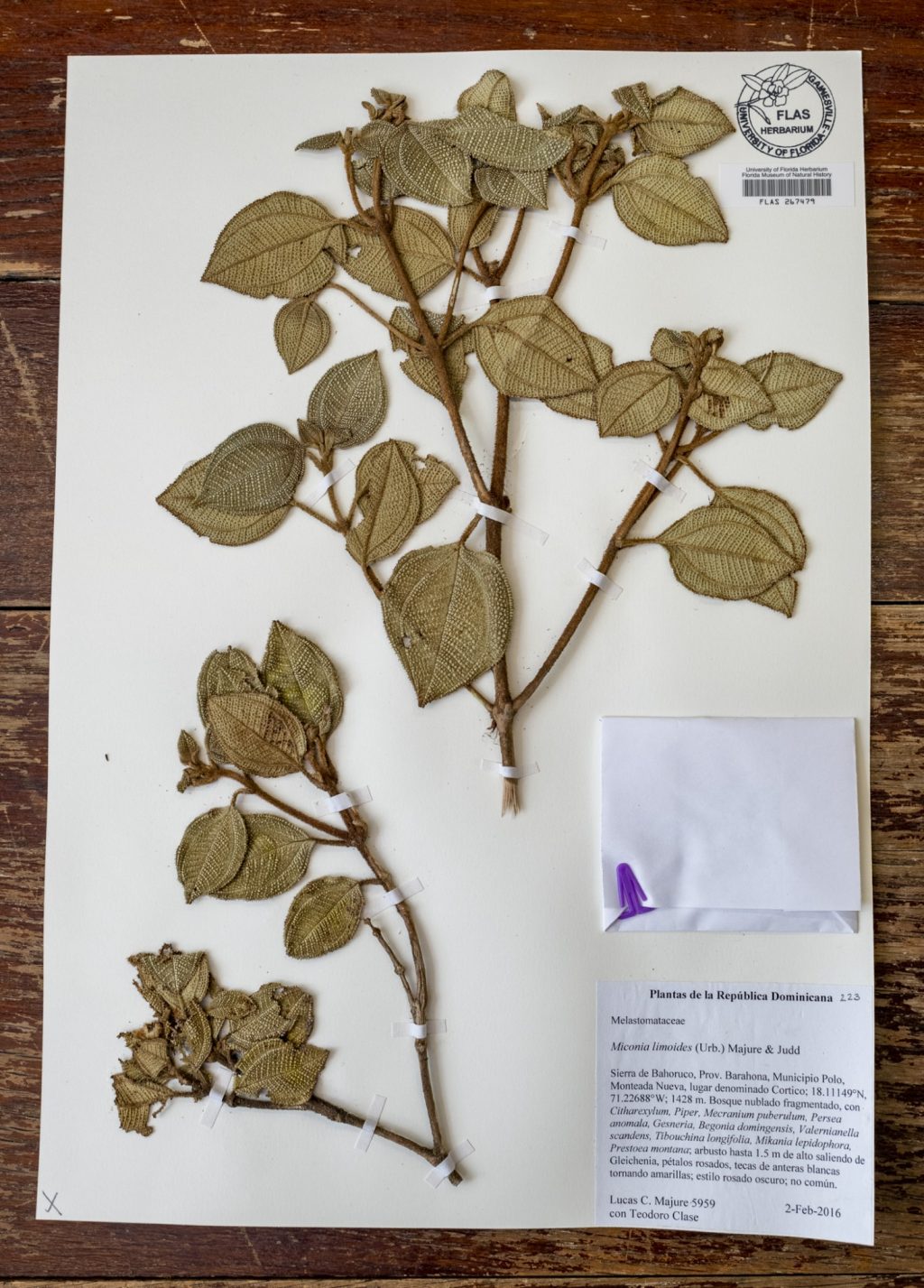 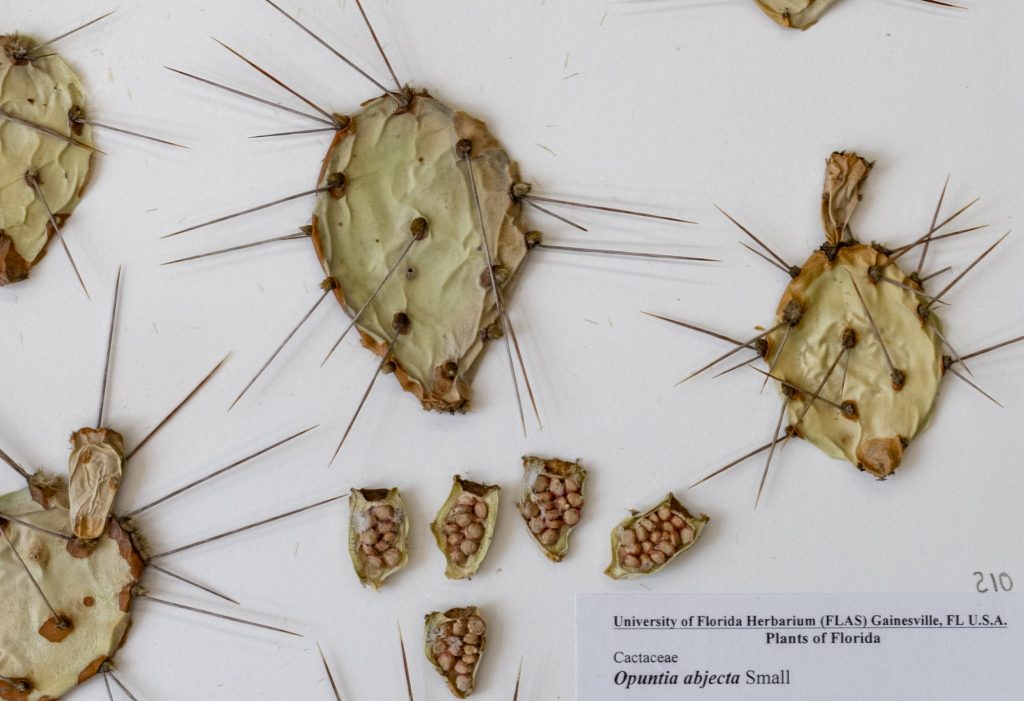 Majure’s previous work at UF included the study of pricklypears in the Americas, such as this Opuntia abjecta. 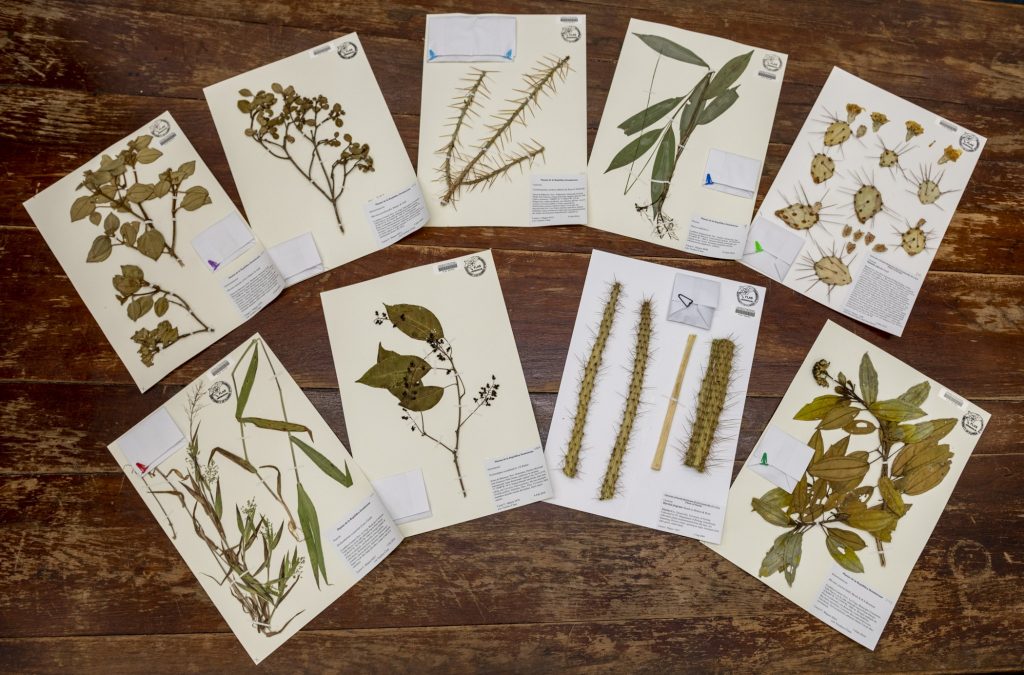 These University of Florida Herbarium specimens were collected by assistant curator Lucas Majure. The herbarium has about 400,000 specimens.

Majure earned his Bachelor of Science and master’s in biology at Mississippi State University and completed his doctorate in botany at UF in 2012. Majure worked at the Florida Museum as a post-doctoral researcher until 2014, prior to his time at the Desert Botanical Garden. Majure became a National Geographic Explorer in 2017 and was awarded a grant to study the evolutionary relationships of Cuba’s cactus flora.

Learn more about the University of Florida Herbarium at the Florida Museum.