by Amanda Bemis • October 30, 2020
These crustaceans are bopyrids, parasites that feed on crabs and shrimp. Here, a small male bopyrid sits atop a large female. Florida Museum invertebrate zoology photo

The sea is full of vampires, animals whose sustenance comes from the blood of other animals. We highlight five bloodsuckers fit to give you shivers. Grab some garlic and holy water, and take a look.

Snails in the family Eulimidae (pronounced YOO’-lee-mee-day) target animals such as brittle stars, sea stars, sea urchins and sea cucumbers. They insert a strawlike mouthpart into the blood channels of their victim and remain attached, feeding on its fluids. In some cases, they can become partially or completely embedded inside their host’s tissue. 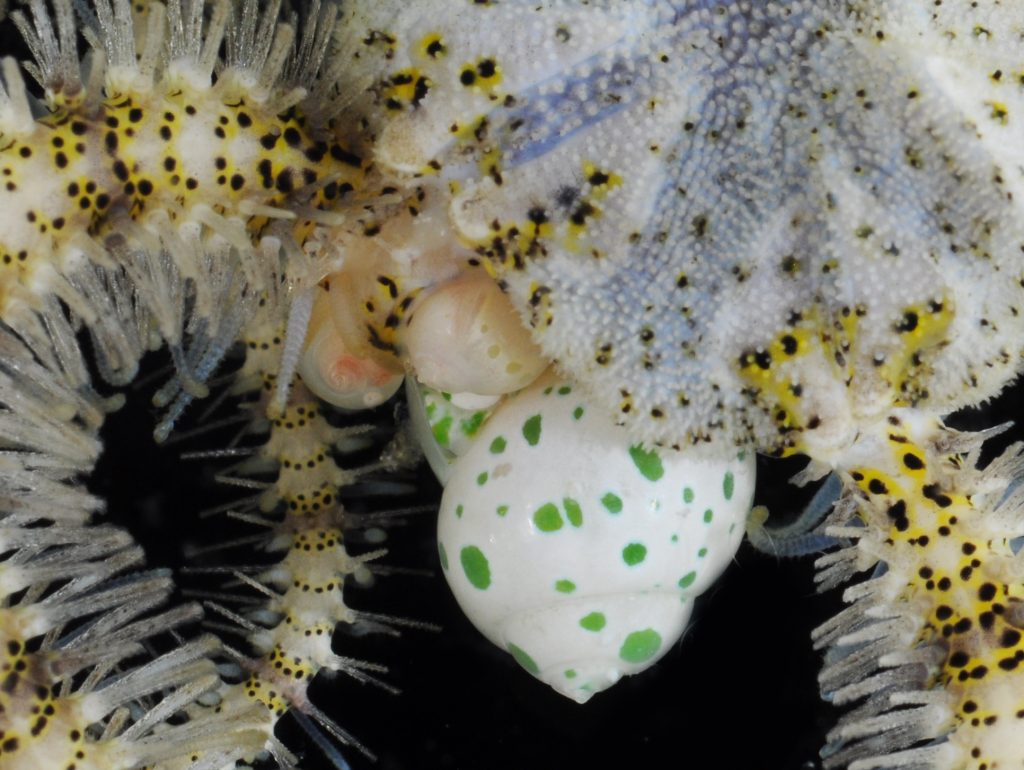 These brightly colored snails are eulimids feeding on the blood of a brittle star.

2. Isopod got your tongue?

The parasitic lifestyle of the tongue-eating louse is the stuff of nightmares. Also known as Cymothoid isopods (SIGH’-mo-thoyd EYE’-so-pods), these crustaceans attach themselves to a fish’s tongue and feed on its blood. Over time, the tongue withers and falls off. The isopod becomes the fish’s new tongue and can supplement its blood meal with food the fish ingests.

Nutmeg snails have a much more traditional vampiric lifestyle. Like Dracula, these snails approach their sleeping victims and sneakily ingest their blood as they sleep, but with a few key differences. For one, the snails use chemosensory organs to home in on the mucus of their victims. One species, Cancellaria cooperii (CAN’-suh-lair-ee-uh KOO’-pur-eye), specifically targets rays and will lie in wait, buried in the sea floor, until it gets a hint of a suitable mucus trail.

Isopods in the family Bopyridae (BO-pie-ruh-day) target other arthropods. As larvae, they slip under the shell of an unsuspecting crab or shrimp and feed on the blood of their host, growing underneath its shell. These parasites almost always come in pairs – a giant female with her dwarf male mate. Many bopyrids prevent their victims from reproducing by leaving them too exhausted to mate. 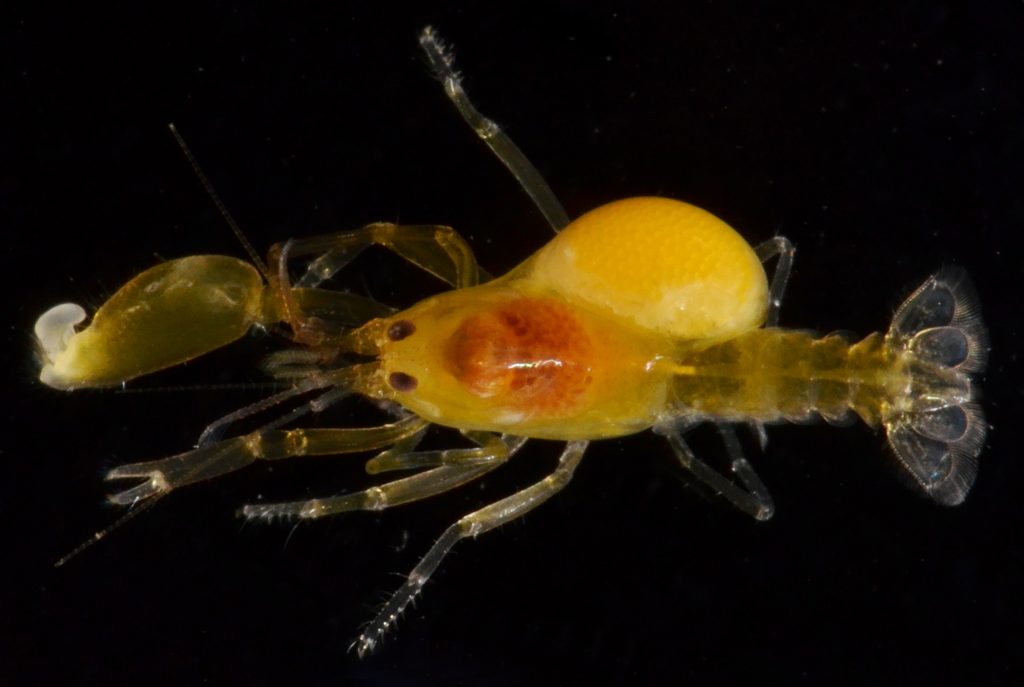 The bulge on this pistol shrimp is small crustacean known as a bopyrid. These parasites often drink so much blood that their victims lack the energy to reproduce. 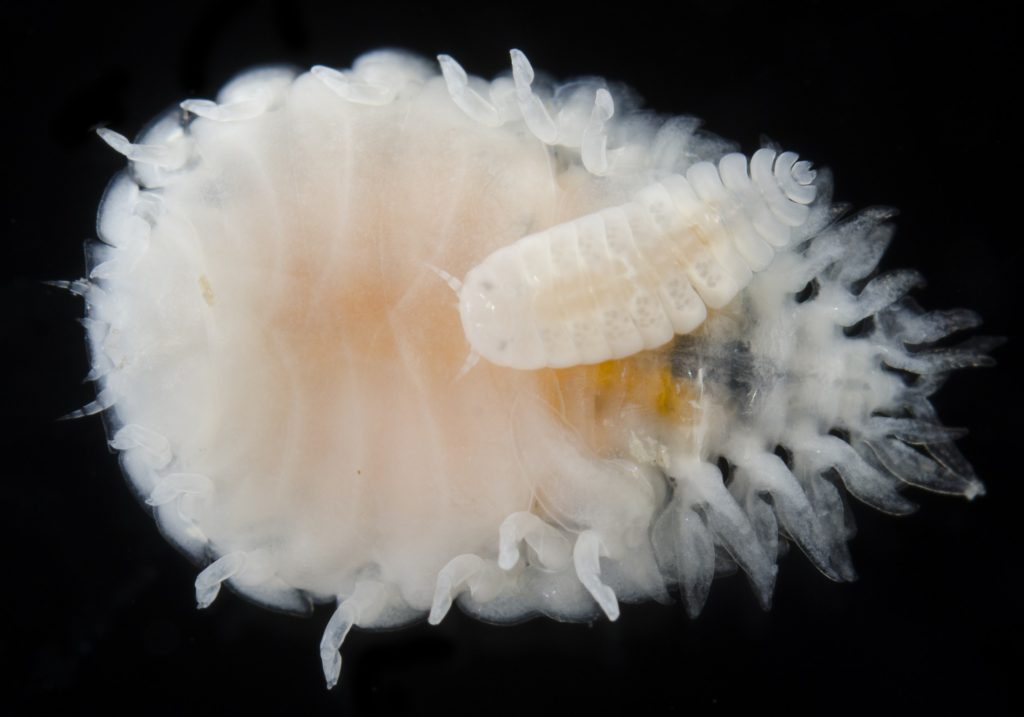 Bopyrids often appear in pairs, with the much smaller male attached to a giant female.

Most leeches live in freshwater, but with so many potential victims in the sea, some leeches have embraced a marine existence. They suck blood from fish and sea turtles, with one possible exception of a species that preys on shrimp. Some species can grow about 5 inches long and are much more ornate than the leeches typically encountered by landlubbers. The manta leech, Stibarobdella macrothela (STY’-buh-rob-del-uh MAC’-roh-thel-uh), has developed a taste for elasmobranch blood, and divers regularly see them attached to sharks and manta rays.

Amanda Bemis is a manager of the Florida Museum invertebrate zoology collection​.