by Radha Krueger and Marc S. Frank • September 26, 2018
Skunkvine and several other types of vines have taken over this natural area. Florida Museum photo by Radha Krueger

Skunkvine, Paederia foetida, is an aggressive, twining vine in the coffee family, or Rubiaceae. Plants produce multiple stems up to 35 feet long, which grow across the ground, over trees and shrubbery, or around and over artificial structures like fences and lamp posts.

In northern parts of the state, skunkvine freezes to the ground each winter and returns from the roots in springtime, but in central and southern Florida, it is evergreen.

Skunkvine is also called stinkvine or some variations of the name. When you crush or break a leaf, it smells like sewage because compounds in the leaves generate an odor reminiscent of sulfur or rotting cabbage. Even its scientific name – Paederia foetida – means “bad-smelling stench.”

2: It was sometimes grown as an ornamental plant.

Despite its smell, skunkvine was sometimes grown as an ornamental, or allowed to keep growing when it was discovered, because it can be attractive. The leaves are opposite – meaning two leaves at a node – and leaf shape is remarkably variable. In late summer, skunkvine produces small, tubular flowers that are pinkish-white to grayish-white with a ruby colored throat. The flowers are followed by an abundance of pea-sized, berry-like fruit that mature into golden-orange capsules. A single large vine is capable of producing thousands of seeds in a single growing season.

This delicate looking vine seems charming when twirling along a fence or up a light post, but it is an environmental menace. Once you’ve identified this invader, it may be too late!

3: Skunkvine is an invasive plant in Florida.

Skunkvine is native to temperate and tropical areas of Asia. It was imported to Florida in the late 1800s as a potential fiber crop. But it soon escaped from cultivation and is now found in at least 30 counties throughout Florida.

Skunkvine is regarded as so invasive that it is regulated as a noxious weed in Florida, which means it is illegal to sell, import, grow, propagate or transport this plant.

4: It can damage and kill native vegetation.

Skunkvine thrives in a variety of habitats in Florida and can quickly outcompete and displace native plants. It creates a dense layer of leaves that prevents sunlight from reaching trees, bushes and undergrowth, and it can eventually weigh down trees, causing them to topple in high winds or heavy rain.

In our yards and gardens, skunkvine can be just as aggressive and detrimental, covering and killing other vegetation.

Like many other invasive species, skunkvine is hard to eradicate. It forms a woody rootstock, roots at the nodes, and produces an abundance of seeds. A single application of herbicide usually does not provide effective control. When cut back, the vines can quickly sprout again, and new plants can grow from stem fragments or seeds in brush piles.

For these reasons, it is best to learn to recognize this plant when it is young and remove it by the roots before it begins producing seeds. Uprooted skunkvine plants – and especially lengths of stem with fruit – should be bagged and thrown away to prevent the plant from spreading.

Researchers are investigating potential biological control agents, similar to how air potato beetles are used to curb the growth of air potato plants. Currently, the most effective control for skunkvine is hand-pulling or multiple applications of specific herbicides and careful disposal of plant remains. 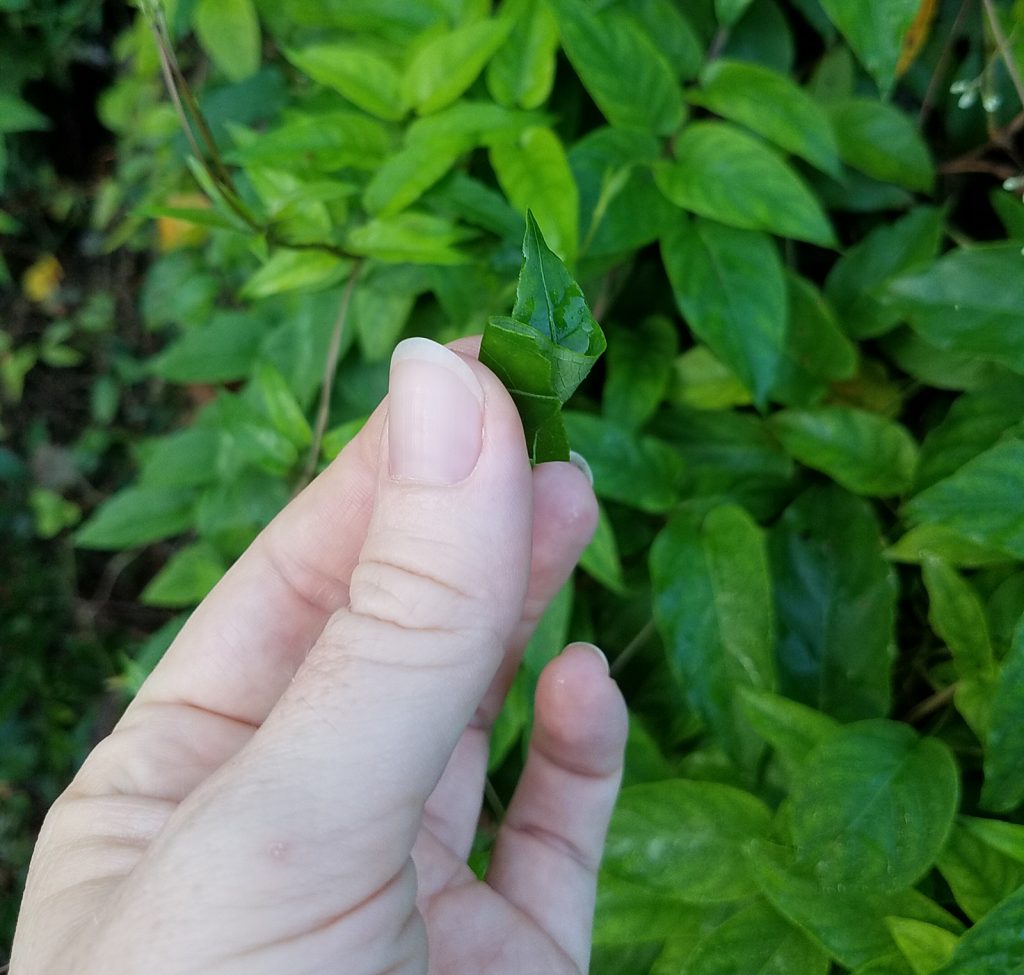 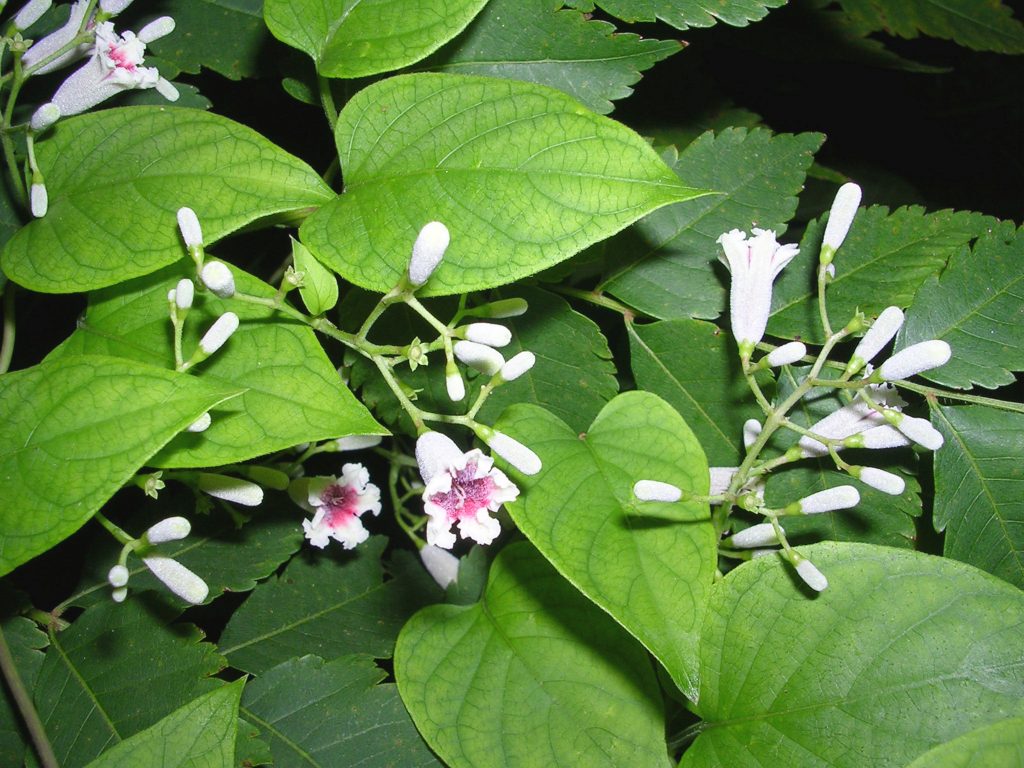 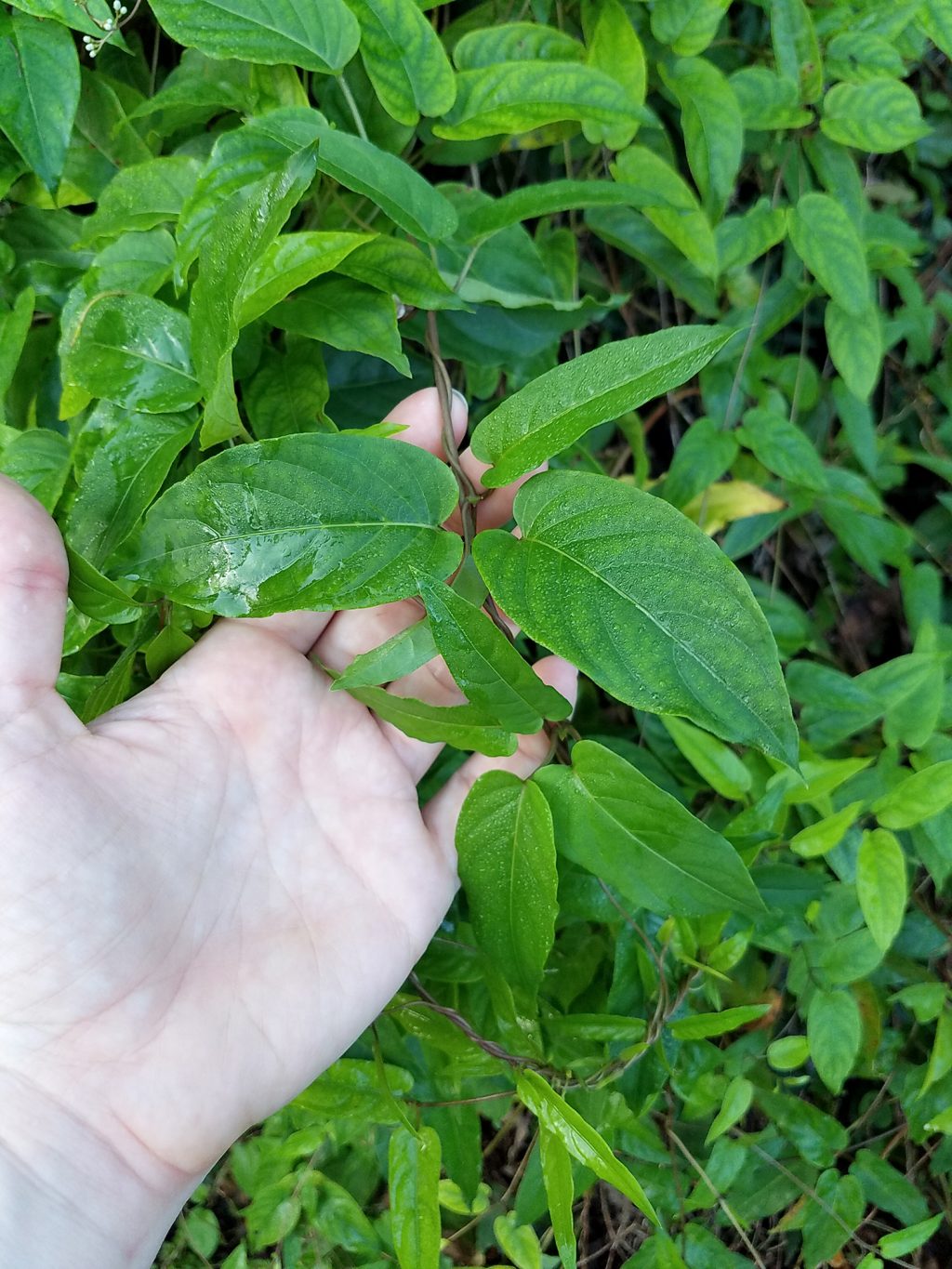 Hand-pulling skunkvine is one of the best means of control. 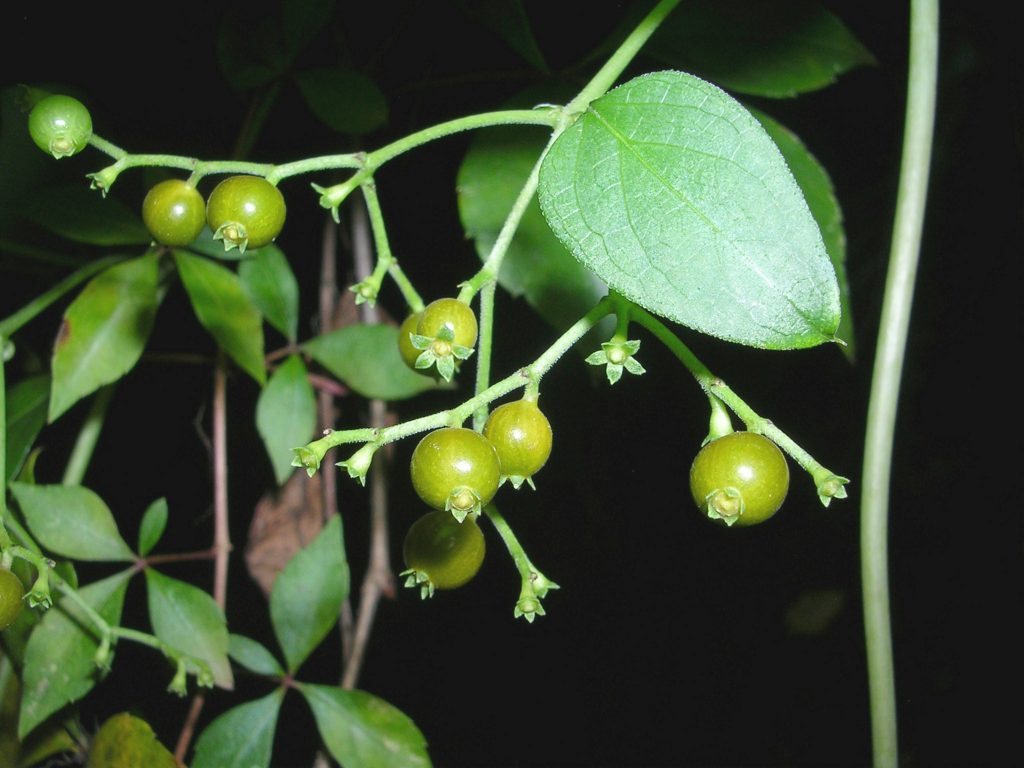 Skunkvine produces an abundance of pea-sized, berry-like fruit that mature into golden-orange capsules. 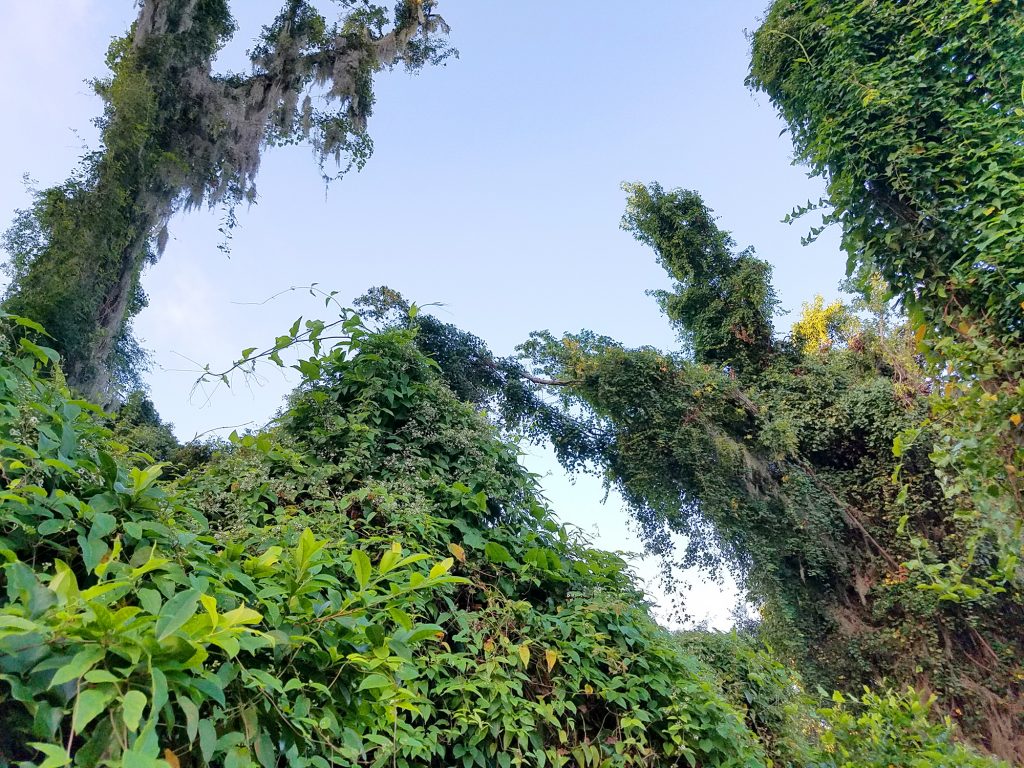 Skunkvine and several other types of vines have taken over this natural area.