by Natalie van Hoose • June 8, 2020
A unique feature of the PhyloCode is its ability to accommodate hypotheses. Plant scientist Pamela Soltis and her collaborators obtained conflicting signals from different genomes in their analysis of evolutionary relationships in a clade of plants that includes shamrocks, violets, passionflowers, poinsettias and other species of rosids. The PhyloCode allowed them to express these alternative hypotheses in their definition of rosid clades. Florida Museum photo by Kristen Grace

Move over, Linnaeus: There’s a new way of naming organisms.

Scientists have formalized an alternative set of rules 285 years after the publication of the first edition of “Systema Naturae,” the landmark volume marking the beginning of the rank-based system for categorizing and naming life. Known as the PhyloCode, this system defines scientific names based on evolutionary relationships.

Two new books, “International Code of Phylogenetic Nomenclature (PhyloCode)” and “Phylonyms: A Companion to the PhyloCode,” outline the rules of the PhyloCode and apply them to some of nature’s major clades – groups of organisms consisting of an ancestor and all its descendants.

“This is truly the most significant contribution to the scientific naming system since Linnaeus,” said Nico Cellinese, treasurer of the International Society for Phylogenetic Nomenclature, which oversaw the publication of the books and ratified the rules.

Cellinese, associate curator of bioinformatics at the Florida Museum of Natural History and the University of Florida Herbarium, heralded the PhyloCode as “a nomenclature system for the modern age. This provides us with a tool to communicate tree-based concepts,” she said, referring to phylogenetics, the study of the evolutionary relationships between organisms. 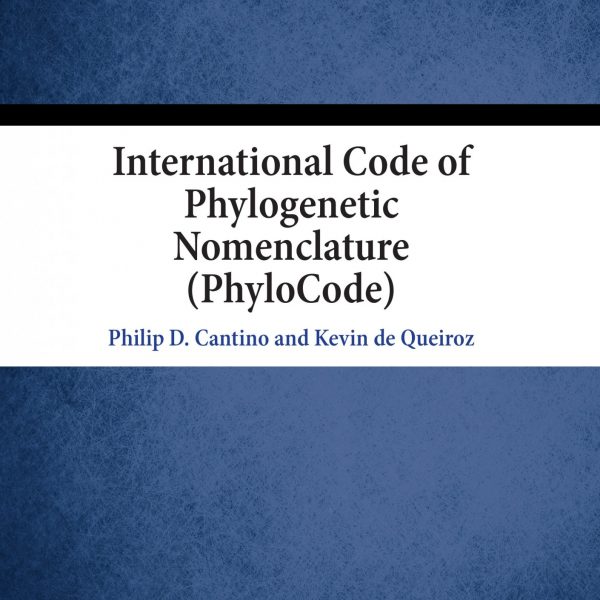 The result of more than 20 years of work, the rules of the PhyloCode are now available in this published volume from CRC Press. 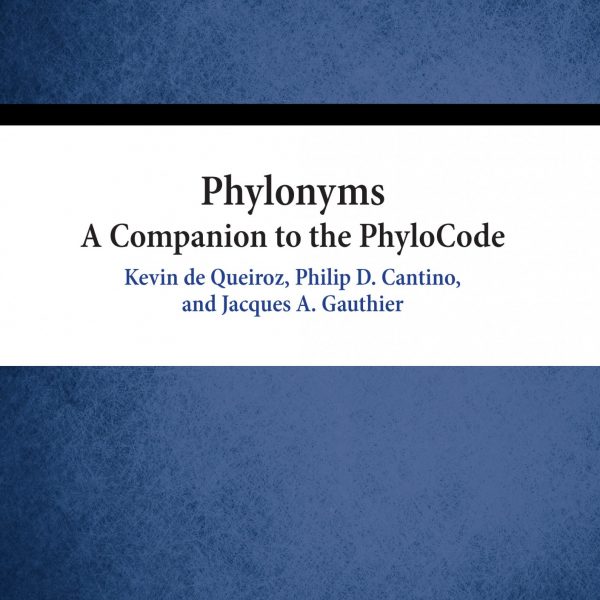 The accompanying “Phylonyms” volume applies the naming rules of the PhyloCode to major groups of organisms.

The product of more than 20 years’ labor, “PhyloCode” is the work of Kevin de Queiroz, research zoologist at the Smithsonian’s National Museum of Natural History, and Philip Cantino, professor emeritus of environmental and plant biology at Ohio University. De Queiroz, Cantino and Jacques Gauthier of Yale University also edited the accompanying volume “Phylonyms,” in which nearly 200 experts established PhyloCode-governed names and phylogenetic definitions for many clades of organisms.

De Queiroz said when he and Gauthier first discovered the underlying theoretical principle of the PhyloCode in the mid-1980s, their intent was not to create a new scientific naming system.

“We just kind of stumbled on this idea,” he said. “We were trying to decide where to place certain names on a phylogenetic tree. In the process of talking about it, we realized there could be a different way of defining names – by describing evolutionary relationships. Since definitions are the foundation of any naming system, this opened up the possibility for a new system: the PhyloCode.”

Linnaeus’ system predated the concept of evolution by more than 100 years and therefore lacked the ability to incorporate newfound knowledge about ancestral relationships between organisms, said Pamela Soltis, curator of the Florida Museum’s Molecular Lab, distinguished professor at UF and president of the International Society for Phylogenetic Nomenclature.

“Linnaeus was revolutionary. But it’s important to remember that he established these ranks more than a century before we knew about evolution,” she said. “So, why do we keep trying to put what we know about evolution in a system that wasn’t built to reflect it?”

While the tradition of ranking life forms dates back to Plato and Aristotle, Linnaeus refined that tradition, creating a formal hierarchy of categories – such as kingdoms, classes, orders and species – that nested within one another. But these ranks are ultimately human constructs and often rely on subjective criteria, which can lead to confusion and instability. When a name changes based on new findings, it can have a cascading effect, de Queiroz said.

Take termites, which until about a decade ago, made up the order Isoptera. Subsequent studies showed they’re actually a subgroup of roaches, which had their own order, Blattodea. This resulted in the “demotion” of termites to the rank of family and a cascade of headache-inducing name changes down through its subgroups – even though termites, as a clade of organisms with a common ancestor, did not change.

“With the PhyloCode, that doesn’t happen. You can use ranks, but they have no role in the naming,” Cantino said. “We’re retaining most existing names, but tying them to clades so that they won’t change if they change in rank. Once we made the decision that the PhyloCode would govern only clade names, not species names, which are still governed by the traditional codes, we did whatever we could to make the two systems compatible.”

Another benefit of the PhyloCode is increased clarity, said Cellinese, who spearheaded the development of RegNum, the online registration database for names created using the rules of the PhyloCode, including those in “Phylonyms.”

“Clades have very well-defined points of references – the tree, ancestors, nodes, branches,” she said. “Otherwise, you have to rely on ranks, which don’t exist in nature, or groups defined by traits, physical characteristics that can be ambiguous. What looks red to you may look pink to me.”

This subjectivity also makes groups defined by traits difficult to compute with algorithms, she said.

De Queiroz likened it to searching for a house using subjective directions such as “Turn right at the tall tree.” The PhyloCode offers a definition that is akin to GPS coordinates, making it easier to use computer programs to navigate evolutionary trees.

The PhyloCode is not without its opponents, and much of de Queiroz and Cantino’s time has been spent responding to critiques. But the authors said they hope the younger generation of scientists, who have been brought up on “tree thinking,” will embrace the system and step into leadership roles to further develop it in the future.

What might Linnaeus have said about this new system? Soltis was optimistic.

The books are now available for preorder from CRC Press, part of the Taylor and Francis Group, and will publish June 9.

Five invasive plants that might be lurking in your garden