Coral ardisia was first offered at a commercial nursery in the U.S. in 1825, and in Florida by 1896. It’s a hardy evergreen plant that grows to about three feet tall (sometimes six feet tall!), with a dense collection of glossy, dark green leaves, clusters of small white flowers and shiny red pea-size berries. It became a popular ornamental because it looks gorgeous and grows well with little assistance.

By the 1960s it started turning up in natural areas of Florida, and by the 1980s it had completely escaped into the wild — and started to cause trouble.

Originally from Southeast Asia, China, Taiwan, Korea and Japan, it was brought to the US as an ornamental shrub. Some suggest it is also native to India, but it’s unclear if they are native or introduced. The root of the plant is sometimes used in traditional Chinese medicine.

Because each plant bears a lot of fruit year-round, it attracts birds that help spread the seeds far and wide. And coral ardisia grows in thickets, blocking out the growth of native plants. So when the original plant dies, there are already many seedlings growing up to take its place.

And once it has taken root, it’s hard to get rid of. Because of the way it stores nutrients in roots, it re-sprouts very quickly after being cut or burned.

Eventually it develops a monoculture — where the only thing growing in an area is this single species — which kills off the area’s biodiversity.

5: It is illegal in Florida.

In 1995 it was declared an invasive species in Florida, and in 2014 it was upgraded to a noxious weed. Which means that unless you have a permit, you can’t import, propagate, transport or sell this plant. 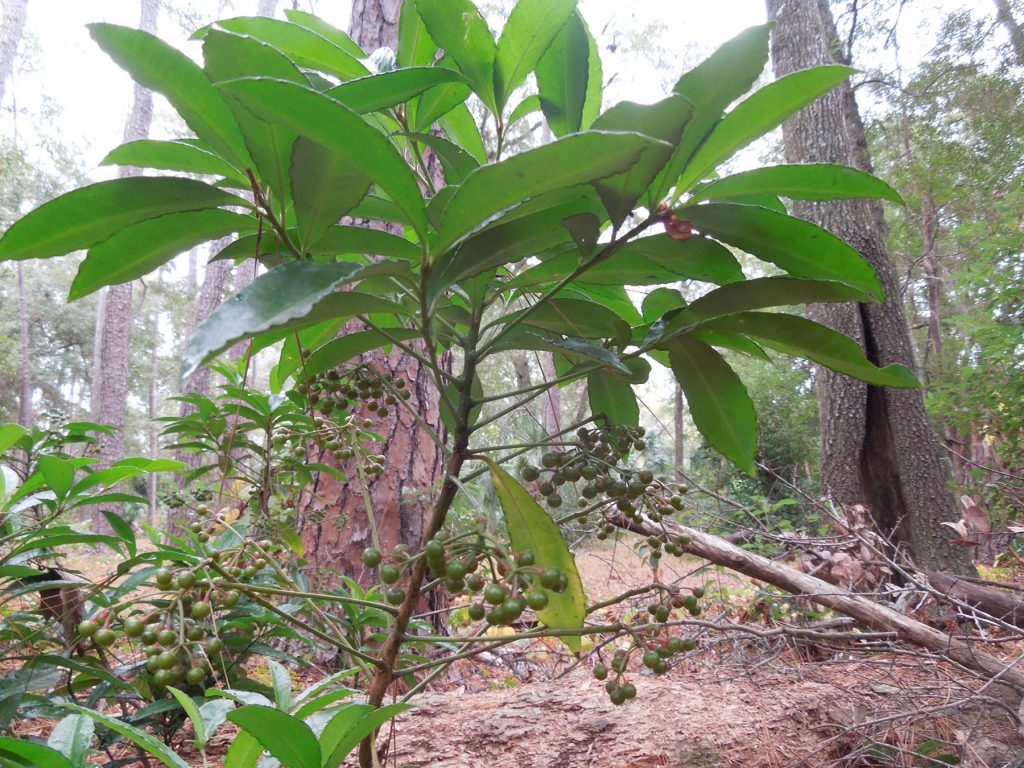 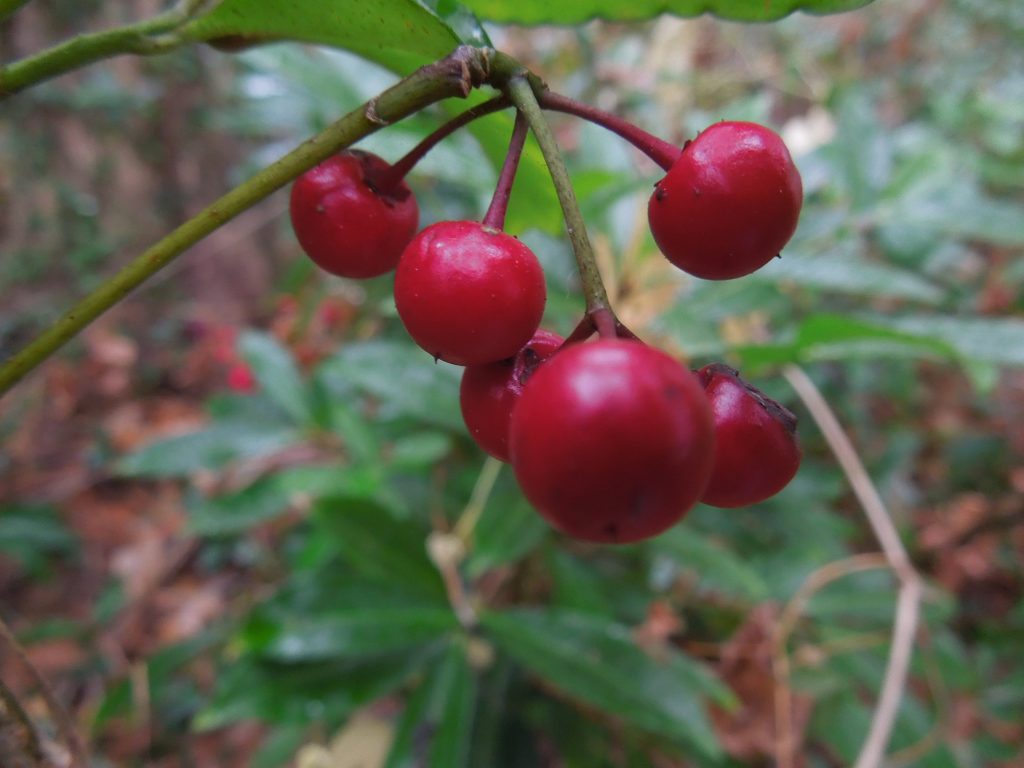 Because each plant bears a lot of fruit year-round, it attracts birds that help spread the seeds far and wide. 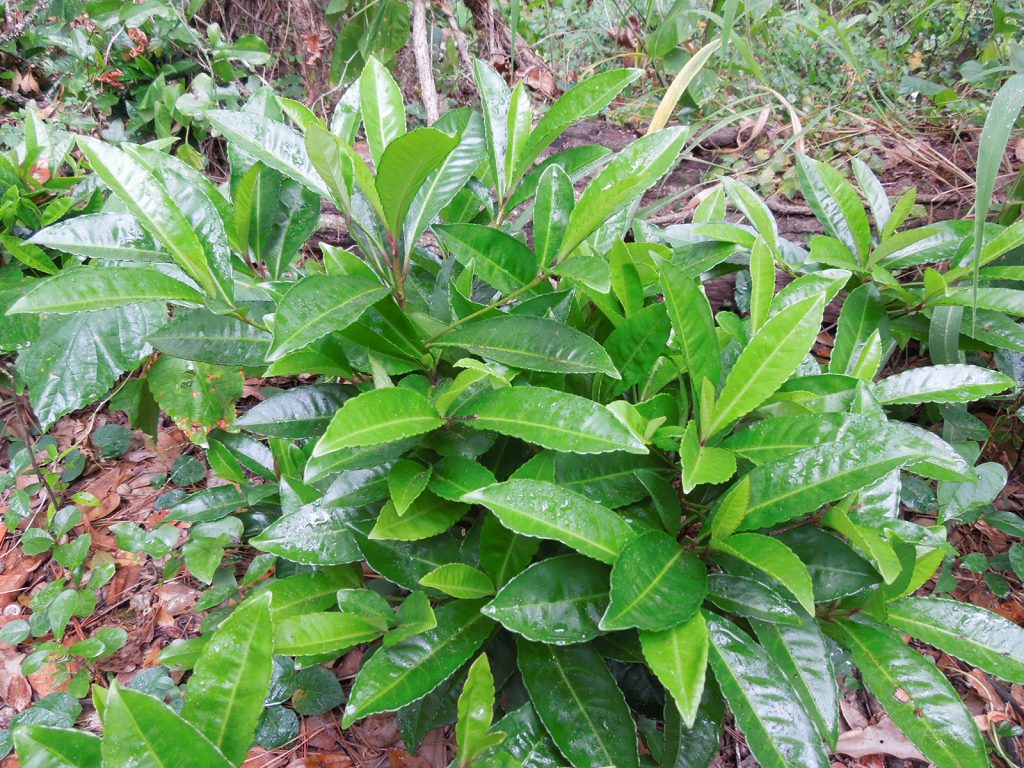 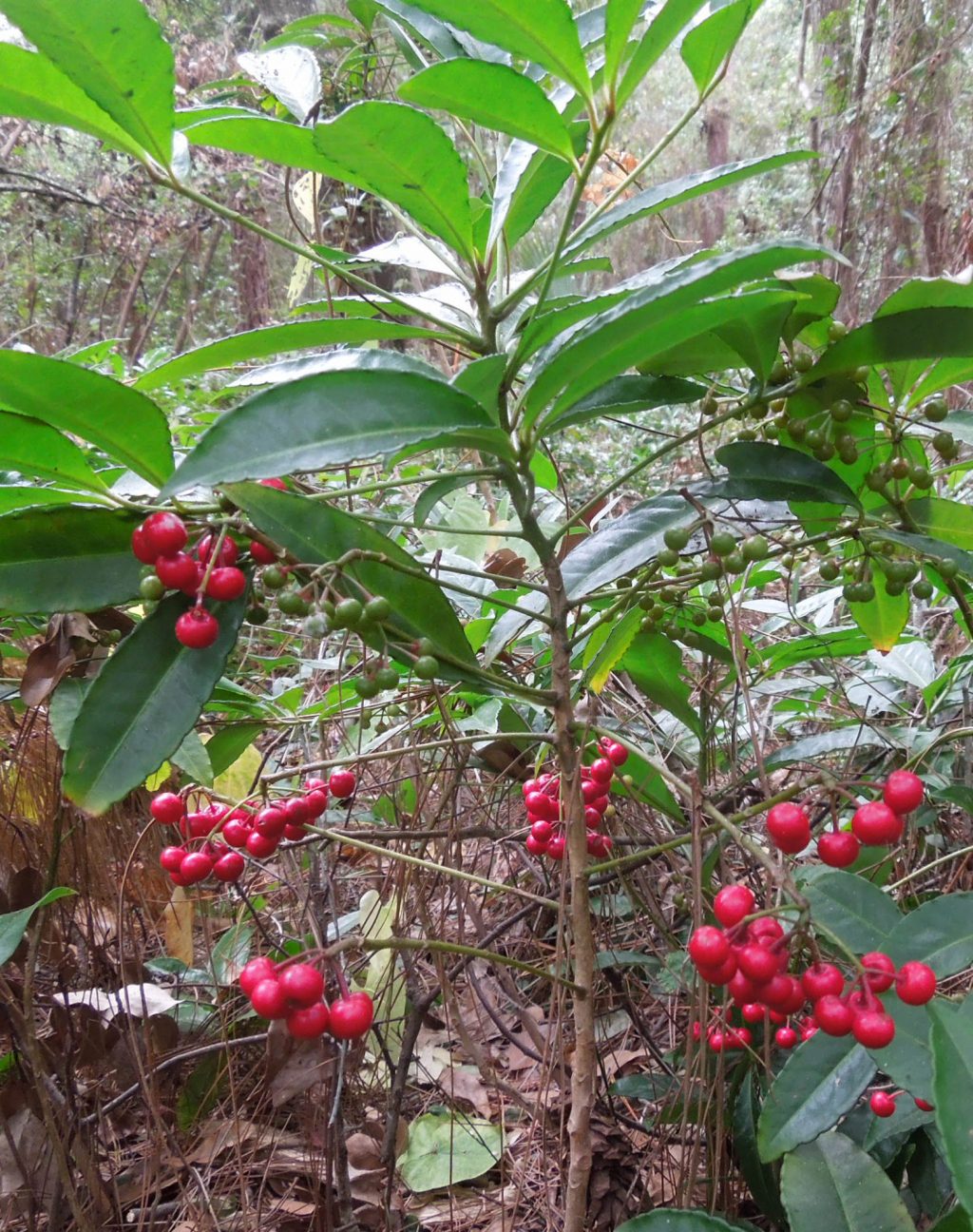 This hardy evergreen has a dense collection of glossy, dark green leaves above with clusters of small white flowers and shiny red pea-size berries below. 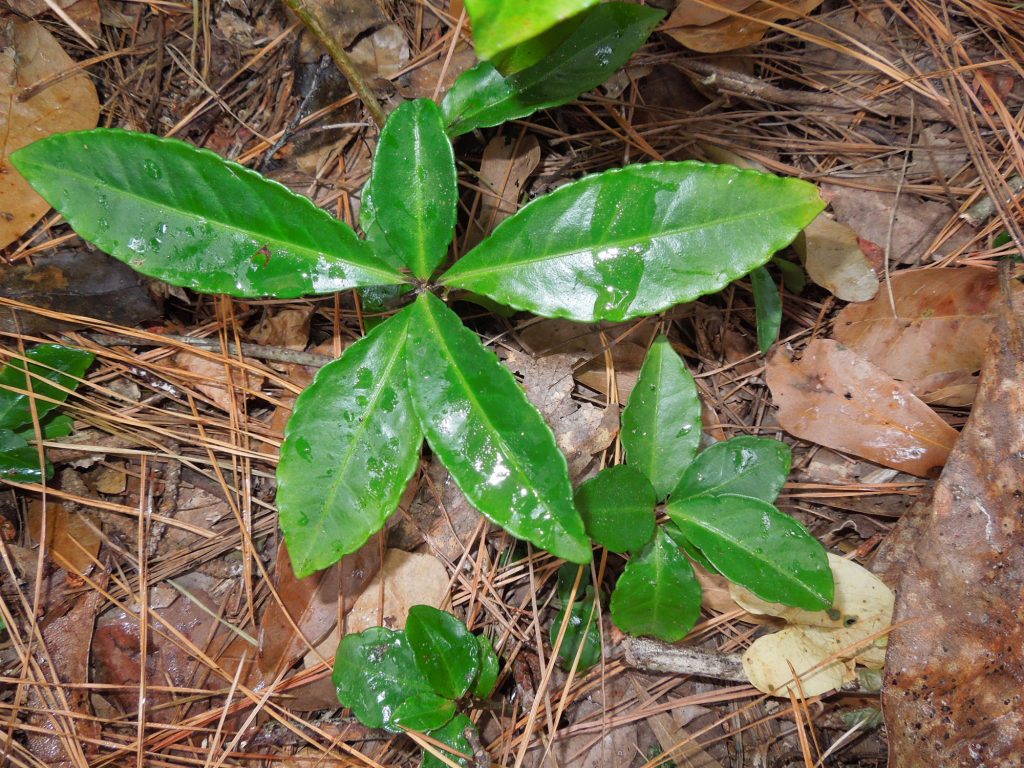 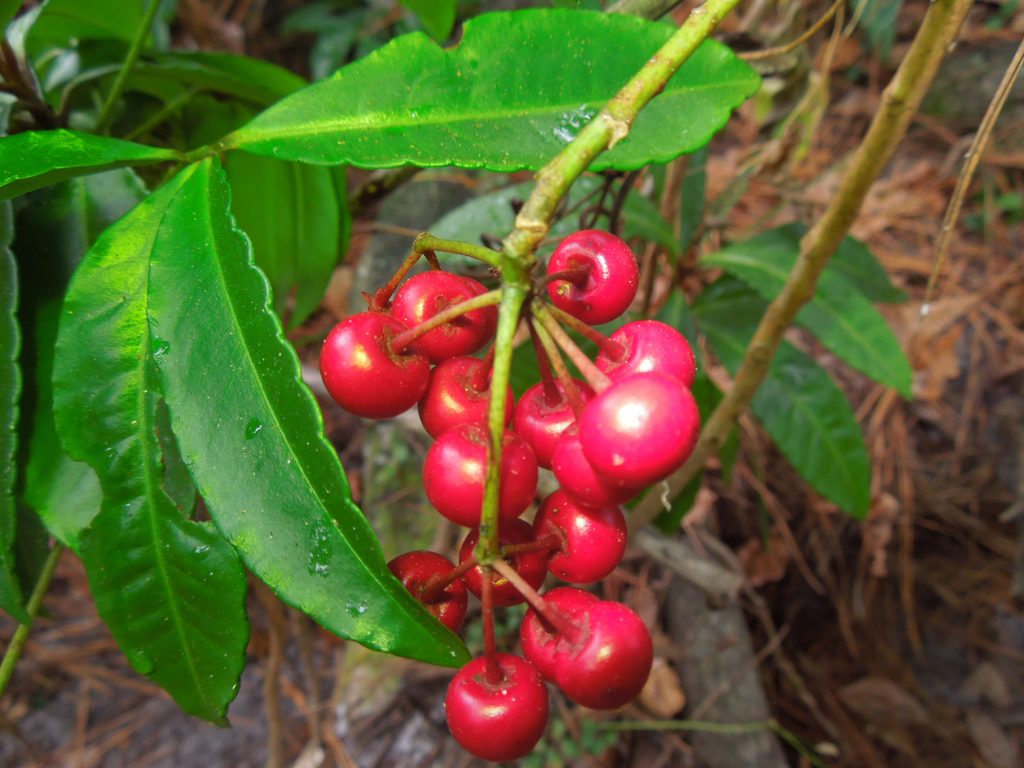 Want to know more about coral ardisia, what it looks like and what to do if you find it growing in Florida? (Hint: it’s important to completely eradicate the plant and all of its parts.)