by Amanda Bemis • September 24, 2020
A man-of-war's bladder enables it to prowl the ocean's surface, and its long tentacles are infamous for their painful sting. Photo courtesy of Svetlana Maslakova

The Portuguese man-of-war, Physalia physalis, is found in every ocean except the Arctic and often washes up on Florida’s coasts. These animals use long, venomous tendrils to ensnare prey and can float in groups of more than 1,000.

1. They are not jellyfish.

Despite their similar appearance, men-of-war are actually siphonophores, colonial animals made up of individual specialized organisms, known as zooids, that work together as a unit. In the Pacific Ocean, they are called bluebottles and are usually smaller than their Atlantic counterparts. Once thought to be distinct, Pacific and Atlantic men-of-war are currently considered to be a single species, although recent genetic work suggests that there might be several species after all.

2. The man-of-war also has predators.

The violet sea-snail, Janthina janthina, uses a bubble raft to float near the surface of the water in the hope of encountering a man-of-war meal. These snails have dark purple undersides and are paler purple on top for camouflage. Because they float upside down, the darker purple faces up, helping them blend into the darker water below. When seen from beneath, their paler coloration blends in with the light coming from above.

Sea slugs in the genus Glaucus also eat men-of-war and employ a similar coloration and floating-upside-down strategy, but they take things a step further. Glaucus repurpose the stinging cells of their meal for their own defense. Touching a Glaucus can pack the same wallop as touching a man-of-war! 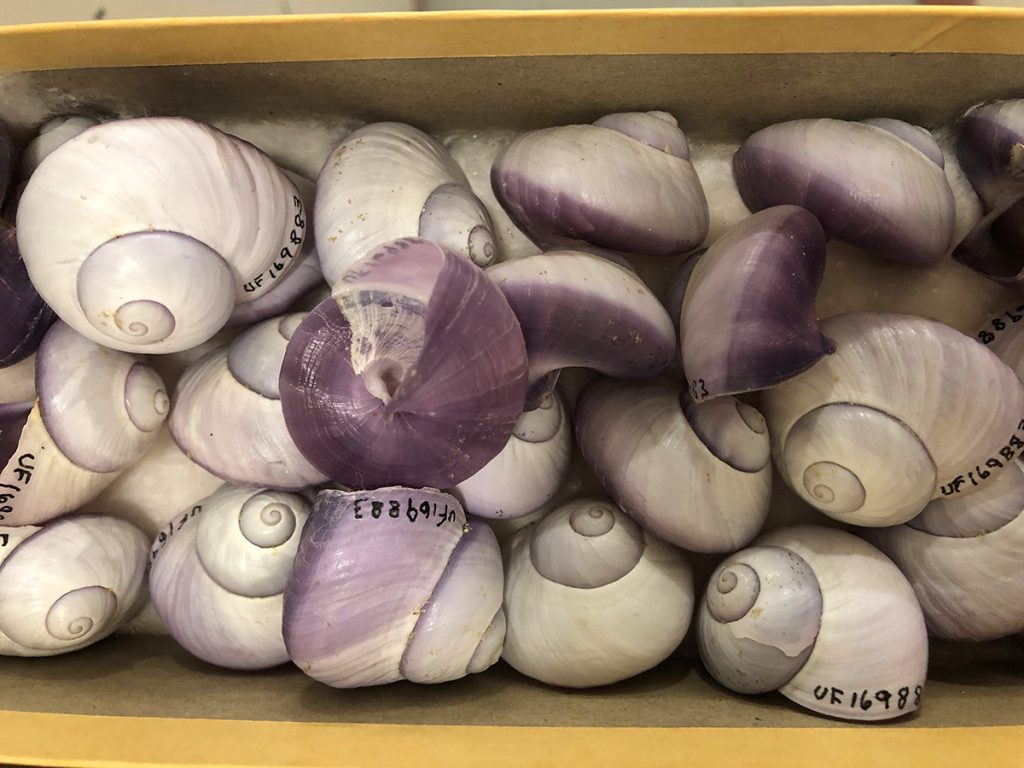 With dark purple undersides and pale purple tops, violet sea-snails float bottom-up to camouflage themselves in the water. 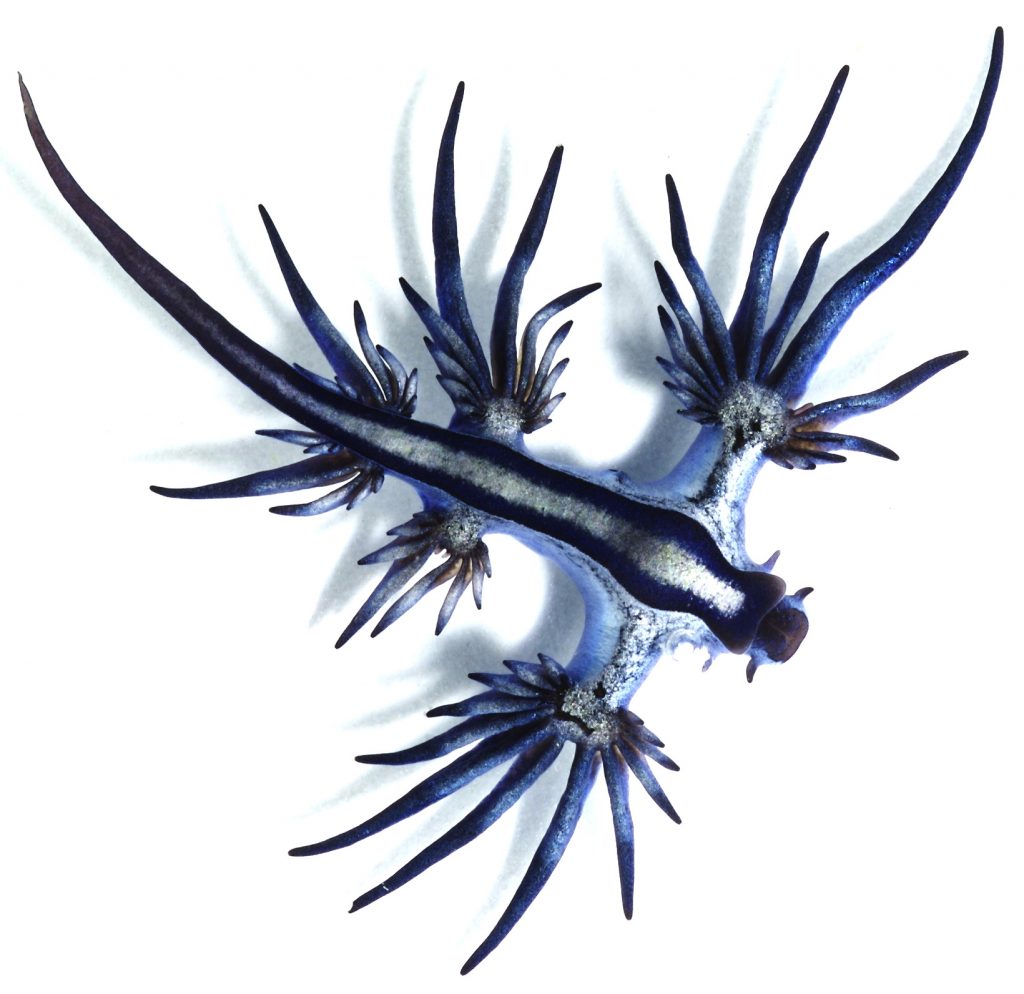 Sea slugs in the genus Glaucus eat man-of-war tentacles and store the stinging cells to bolster their defenses.

3. Their float is filled partially with carbon monoxide.

The float of most siphonophores is filled with gasses of a similar concentration to that found in the air in our atmosphere. Man-of-war floats contain these same gasses in similar ratios, but with a large proportion of carbon monoxide. Scientists hypothesize the man-of-war fills its float with carbon monoxide, gradually replacing it with air.

4. The man-of war is named after an old, wooden warship of similar shape.

But the resemblance is debatable.

5. The tentacles can still sting, even if the colony is dead.

The sting of a man-of-war is a reflex and does not require deliberate action on the part of the siphonophore. A severed tentacle floating in the water or washed up on the beach can still sting. A vinegar rinse can inactivate the stinging cells, while a heat treatment can neutralize already-injected venom.

Amanda Bemis is a collection manager of the Florida Museum invertebrate zoology collection​.