by Halle Marchese • July 16, 2020
Butterflies are the “gateway bug” to gathering public support for insect conservation, said Jaret Daniels, the project leader for the Florida Museum’s butterfly conservation program. “Insects are the most diverse, abundant animals on the planet, and they’re critical contributors to ecosystems,” he said. Florida Museum photo by Eric Zamora

As part of its work to save wildlife, the Disney Conservation Fund awarded funding to two University of Florida research centers to continue conservation efforts for imperiled butterflies and sea turtles. The programs will receive $350,000 each, bringing the total of Disney’s support for UF conservation programs to nearly $5.2 million since 1995.

“Saving some of the world’s most iconic species alongside dedicated scientists at the University of Florida exemplifies the type of collaboration the Disney Conservation Fund has focused on for 25 years,” said Kim Sams, director of strategic philanthropy at Disney Enterprise Social Responsibility. “Our relationship extends beyond grants to meaningful engagement in conservation solutions as our teams work together to make an impact for wildlife, people and the planet.”

The programs are led by two UF professors, Jaret Daniels, curator at the Florida Museum of Natural History’s McGuire Center for Lepidoptera and Biodiversity, and Karen Bjorndal, director of the Archie Carr Center for Sea Turtle Research in UF’s College of Liberal Arts and Sciences. Daniels is spearheading the conservation of more than 40 critically imperiled species of butterflies in Florida and California, while Bjorndal leads research and recovery efforts for Florida’s wide-ranging endangered sea turtles. 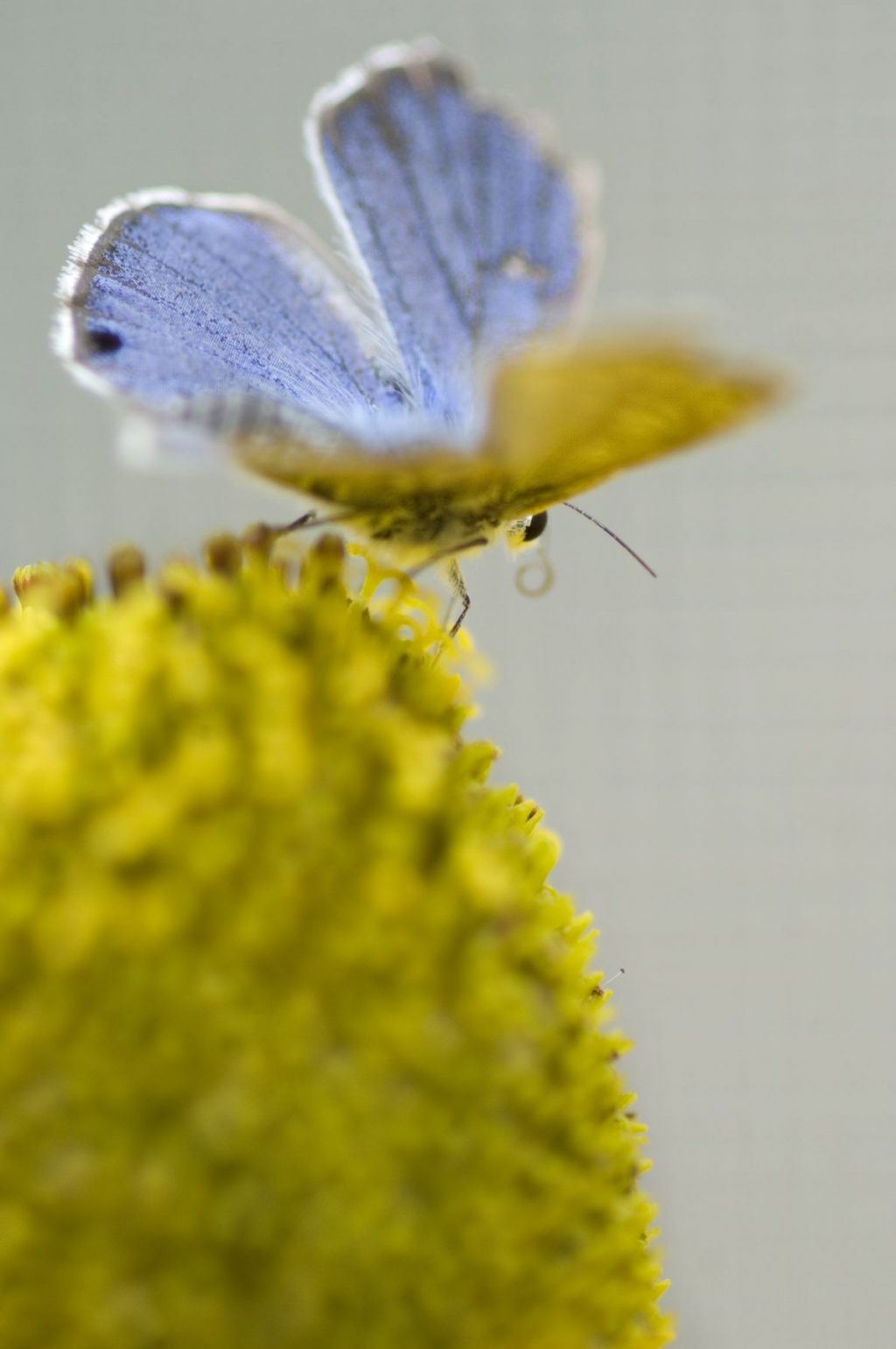 The Miami blue, one of the most endangered butterflies in the U.S., has a few remaining populations restricted to the Key West National Wildlife Refuge. 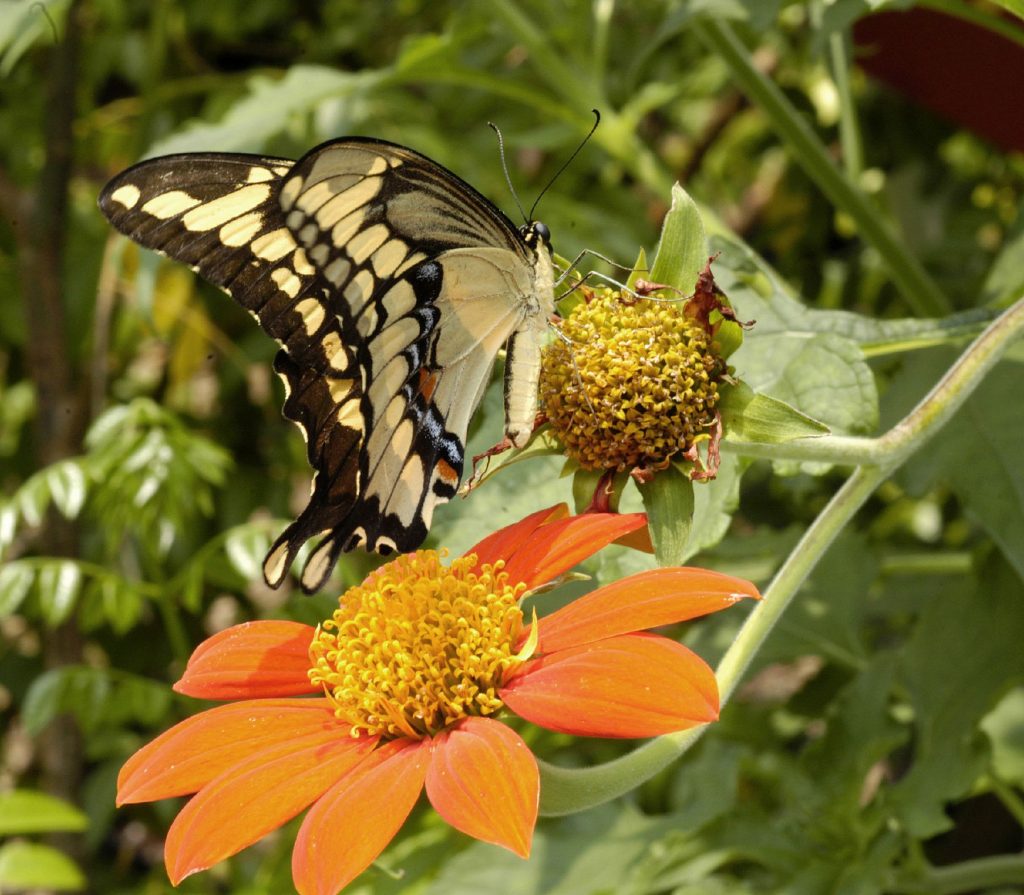 Schaus’ swallowtail is one of the rarest butterflies in the U.S. and is only found in the upper Keys region of South Florida. 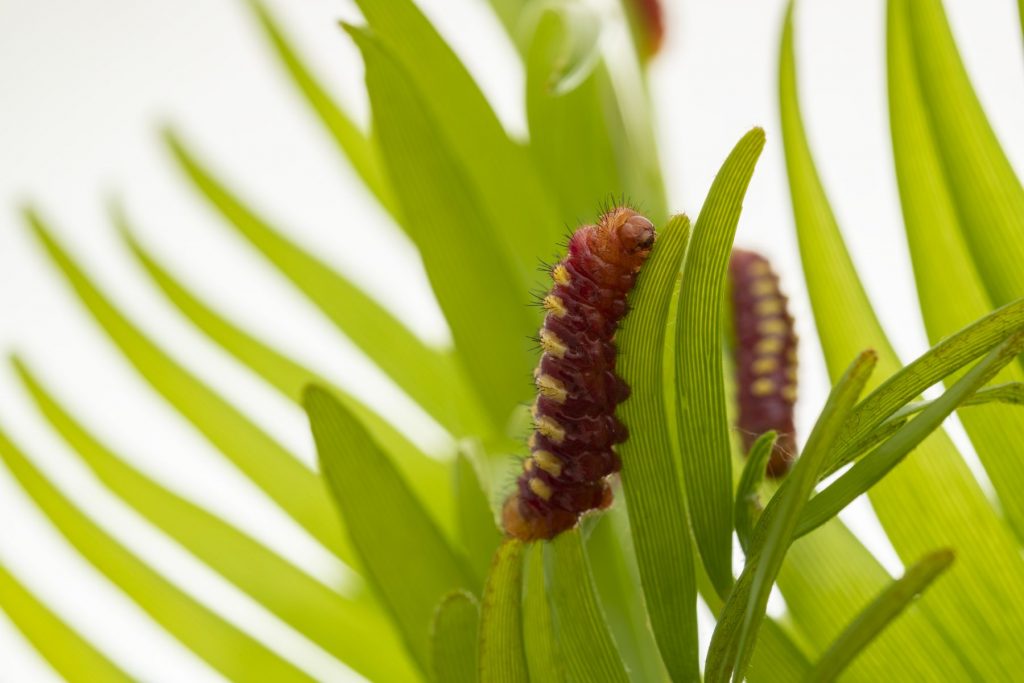 The atala butterfly was thought to be extinct until 1979 when it was rediscovered on a small South Florida island. Although its populations have grown, this species is a rare find and is still absent from its native pine rockland habitat.

Daniels leads the Florida Museum’s butterfly conservation program, which uses a variety of strategies to reduce butterfly extinctions, ranging from habitat restoration to monitoring shifts in population genetics. Since 2015, nearly 1,000 Schaus’ swallowtails and more than 10,500 Miami blues have been released to the wild through Disney-supported projects.

“Recovery doesn’t happen overnight,” Daniels said. “The most exciting part of this funding has been Disney’s strong commitment to increasing the depth of its impact on conservation through long-term funding – especially for insect species, which can be somewhat overlooked for larger, more charismatic animals.”

Bjorndal and the ACCSTR team focus on developing community strategies, leading research and linking research results to management efforts to protect sea turtles around the world. The team works to address major threats to sea turtles, including habitat destruction and degradation, vessel strikes, light pollution that prevents hatchlings from reaching the ocean and incidental capture in fisheries. To date, with Disney support, the team has removed more than 2,140,000 pounds of marine debris from sea turtle habitats and restored or cleared debris from 14 miles of sea turtle nesting habitat.

“Disney’s long-term support has allowed us to successfully implement a strategic approach to solving critical issues threatening Florida’s sea turtle populations,” Bjorndal said. “We work with organizations in Florida, the Bahamas and the Azores – throughout the range of Florida sea turtles.” 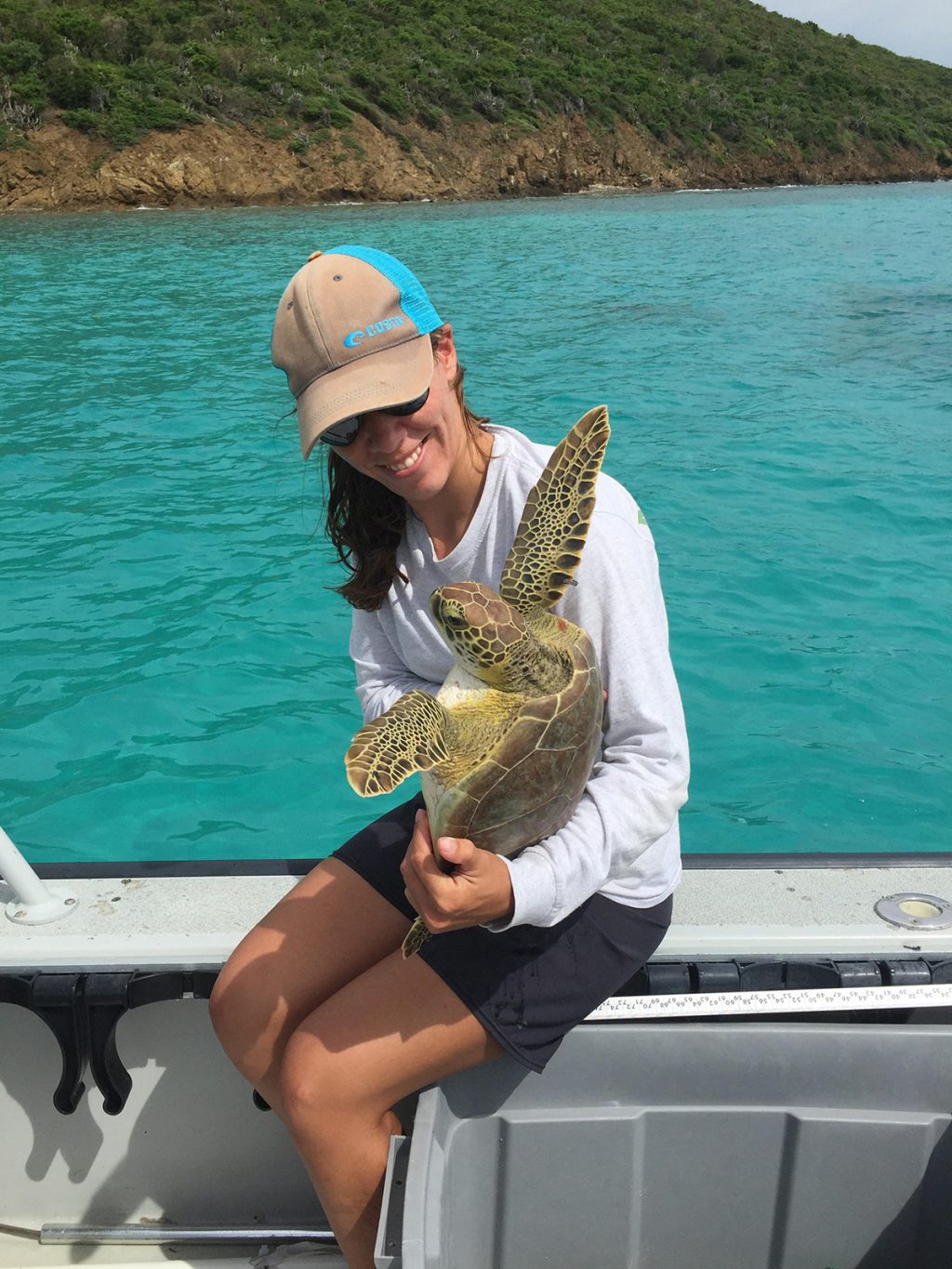 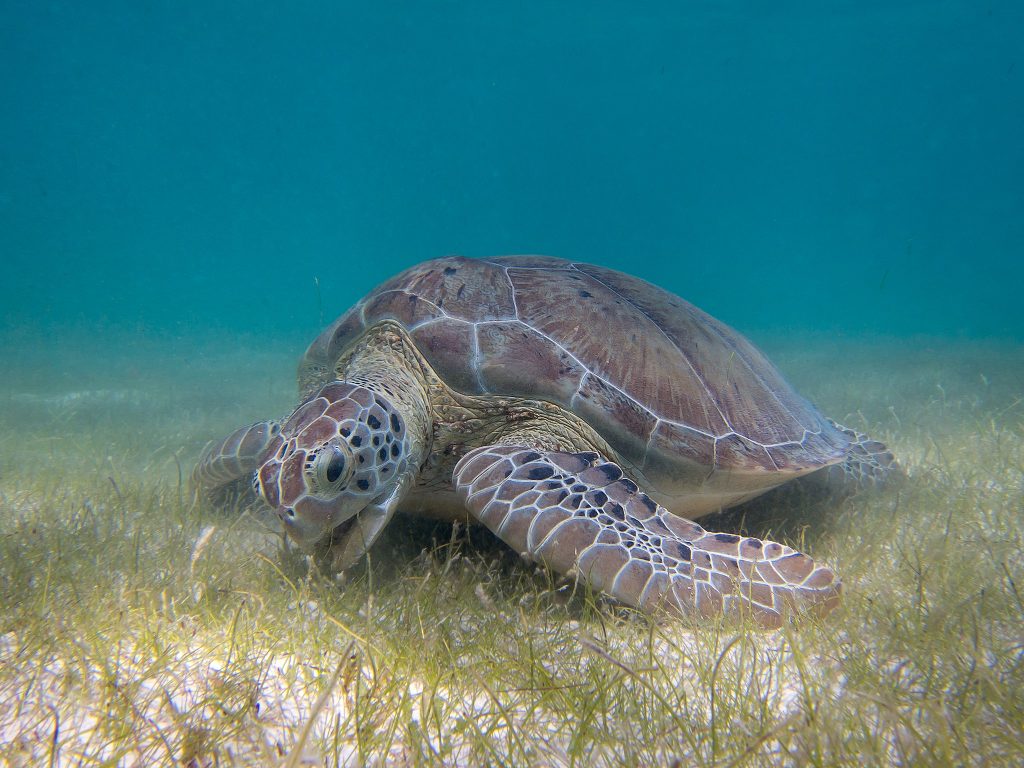 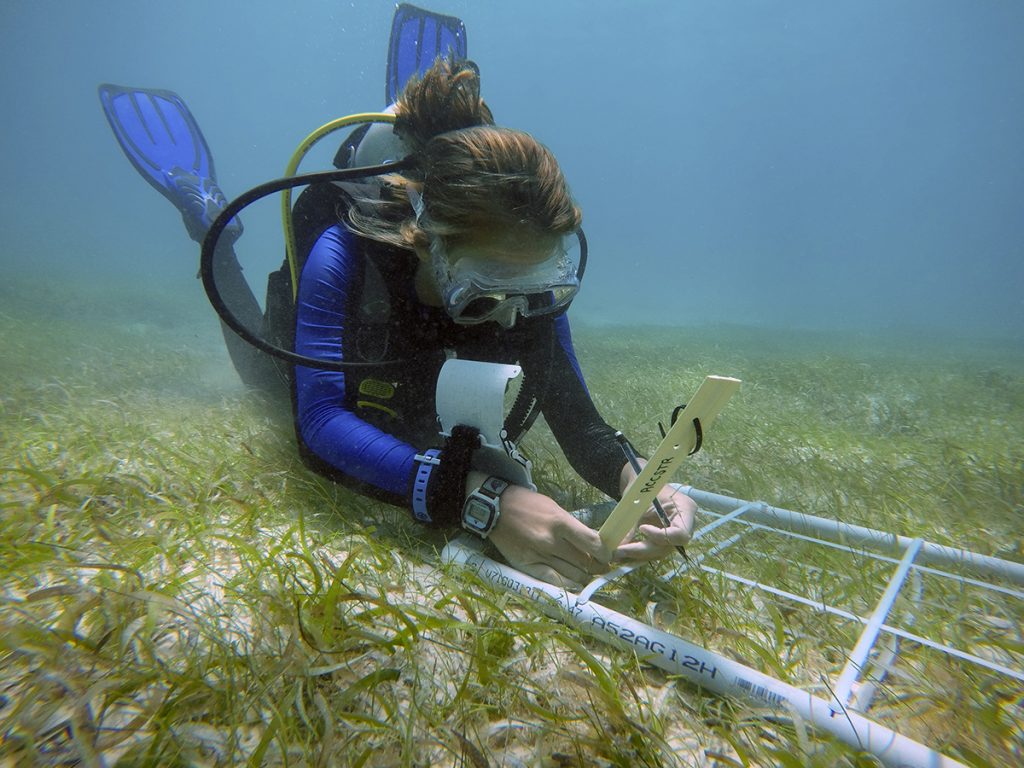 Scientists at the ACCSTR study a range of ecological factors impacting sea turtle population health, including the health of seagrass ecosystems.

While conservation funding is often short-term and has limited scope, Daniels said the longevity and adaptability of Disney’s support have allowed his team to take on opportunistic and impactful projects that would not have been feasible otherwise.

The grants have also encouraged and enabled more detailed recovery and conservation planning than a typical one-to-three-year grant would, something especially important for animals like sea turtles, which can have lifespans of up to 100 years.

“We recognize and appreciate Disney’s understanding of the urgency of not only preserving but also bringing back populations of sea turtles,” Bjorndal said. “Those of us who have spent our lives trying to save these animals are grateful.”

Daniels also noted that successful conservation work requires collaboration, and the long-term nature of these programs has allowed both his and Bjorndal’s teams to build meaningful partnerships with nonprofit organizations, government agencies, local communities, and – in his case, even a local brewery – all of which are helping to grow the impact of their work.

“This work takes an army, and it’s been so rewarding,” he said.

For information on Disney’s commitment to save wildlife, inspire action and protect the planet, visit www.disney.com/conservation or follow @DisneyConservation on social media.