by Marc S. Frank • June 22, 2020
A ladybird beetle, a pair of lovebugs, which are technically flies, and ants visit the flower of a tulip poplar, Liriodendron tulipifera. Photo courtesy of Gary W. Knox, UF/IFAS

The fourth week of June is National Pollinator Week. What exactly is a pollinator? Why are pollinators important? Why should we celebrate them?

Pollination is the transfer of pollen from the male part of a flower, known as an anther, to the female part, or stigma. We don’t give this process much thought, but it’s an essential aspect of flowering plant reproduction, resulting in fertilization, the union of sperm and egg that produces fruit and seeds. Only a small number of flowering plants can make fruit or seeds without pollination. Most rely upon some sort of transporter or vector – animals, wind, or water – to transfer pollen and initiate their reproductive cycle. Animal vectors are collectively known as pollinators.

Flowering plants have developed a vast array of features to attract various pollinators. These include visual cues such as showy petals, certain color combinations or lines that lead to a nectar supply; rewards such as nectar or pollen; and a variety of fragrances from sweet to musky to downright nasty. 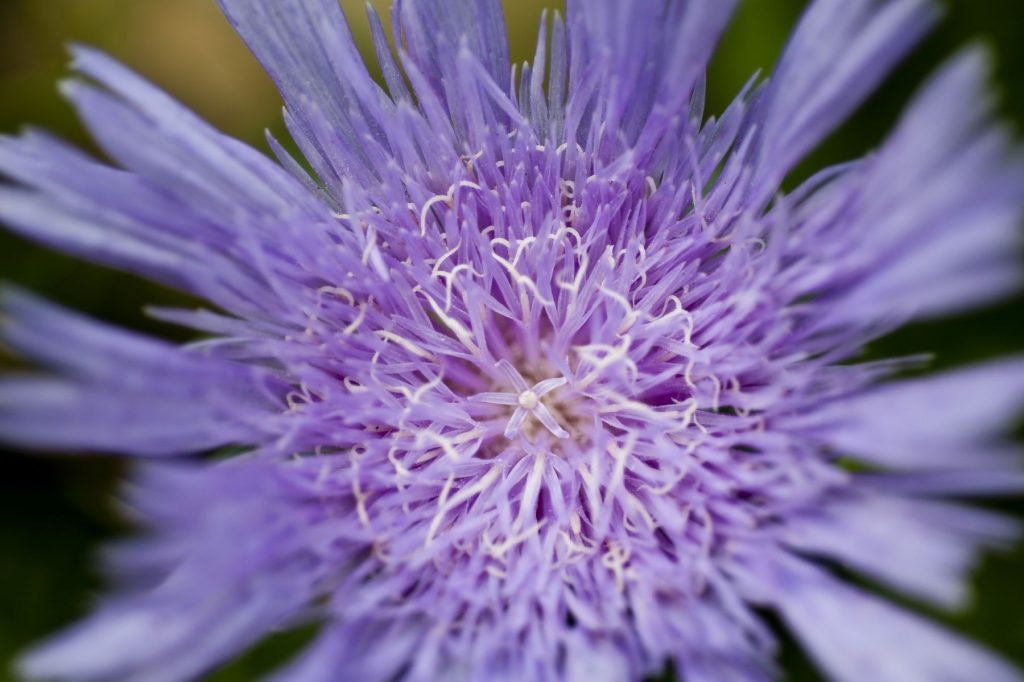 Plants use a variety of techniques to attract pollinators, such as fragrance and visual cues. 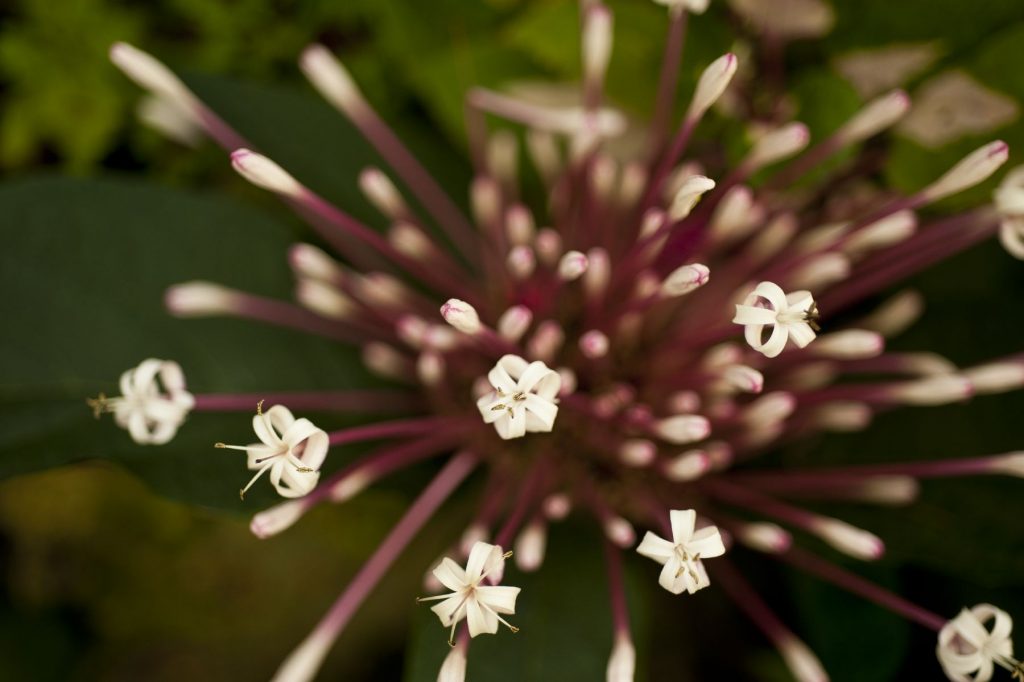 The architectural structure of flowers can also draw pollinators. 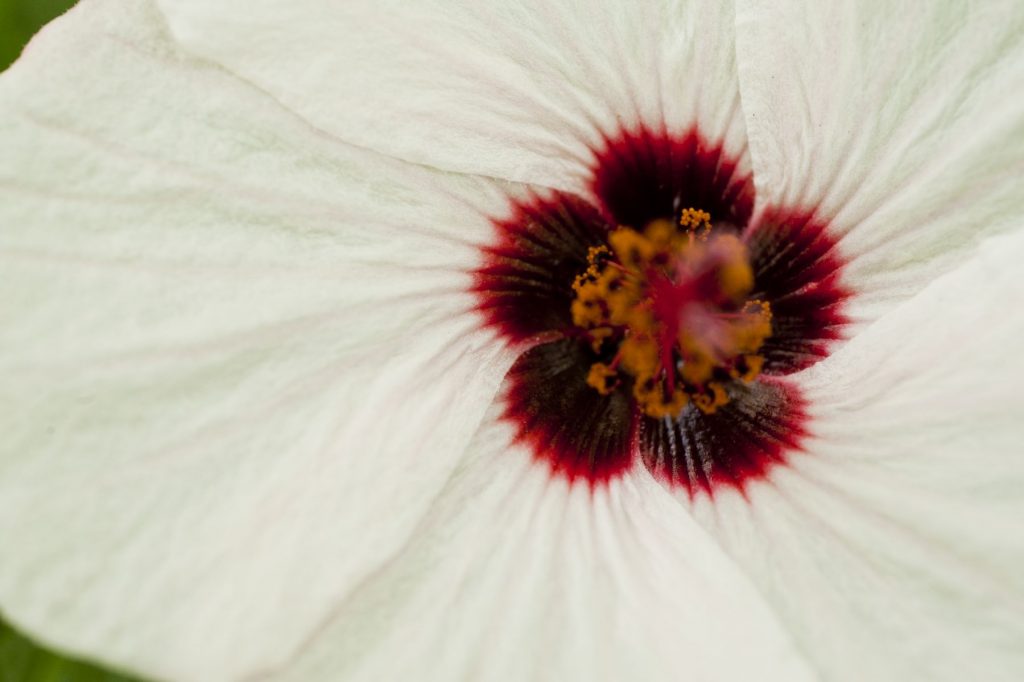 Some plant species are generalists, with flowers that are attractive and accessible to a wide range of pollinators. But many plant species have co-evolved with pollinators and developed floral attributes to only attract and allow access to a certain species or narrow range of pollinators. The shape, color, scent, position and timing of flowers may all serve as adaptations to attract specific pollinators. For example, some Florida garden favorites such as four o’clocks, Mirabilis jalapa, and moonflowers, Ipomoea alba, have long-tubed, nectar-producing flowers that are fragrant in the evening to attract the large, long-tongued, nocturnal moths in the family Sphingidae, commonly known as hawk moths or sphinx moths.

In addition to playing a critical role in plant reproduction, pollinators are responsible for producing many of the food crops we rely upon. These hardworking animals are essential partners to farmers in the production of an estimated 75% of our crops.

Flies are a diverse and often overlooked group of pollinators. Flies visit and pollinate more than 100 cultivated crops – including cacao, peppers, mangos, apples, pears, peaches, plums and strawberries – and innumerable species of wildflowers. There are various reasons that flies visit flowers. Some flies gather food in the form of nectar or pollen, while others rendezvous on flowers to mate or lay their eggs so their larvae can feed on floral or fruit tissue as they develop. Surprisingly, carrion or blow flies are an important group of pollinators and are often attracted to flowers that mimic rotting meat – dull purple or brown in color with a putrid odor. Examples include some species of pawpaw, Asimina, and pipevines, Aristolochia.

Beetles are another very large, varied and ancient group of pollinators. Fossil evidence suggests beetles were pollinating cycads before dinosaurs roamed the Earth, and they are also thought to have pollinated some of the earliest flowering plants. Modern descendants of primitive flowering plants – such as magnolias, water lilies and anise – are pollinated by beetles.

While beetles only pollinate a few commercial crops (macadamia, soursop and custard apple are examples), they are pollen vectors for a great variety of tropical wildflowers and trees. Flowers that are attractive to beetles are typically large and heavily constructed, bowl-shaped or flat with sexual organs exposed. They’re often white to yellow or green in color, have strong fruity or yeasty odors and offer copious pollen as a food source. Some are also thermogenic, emitting heat to volatize floral fragrances and perhaps also as a reward since beetles are often sluggish and don’t generate much heat on their own. This is how the corpse flower, Amophophallus titanum, which has the largest unbranched stalk of flowers in the world, generates such a big stink!

Birds are the most prominent and numerous vertebrate pollinators, with an estimated 2,000 nectar-feeding species acting as pollen vectors. In the U.S., we’re accustomed to seeing hummingbirds and orioles visiting flowers to dine on nectar, but the tropics are home to a diverse assemblage of pollinating sunbirds, honeycreepers, honeyeaters and brush-tongued parrots.

Since birds have keen vision and a poor sense of smell, avian-pollinated flowers tend to be brightly colored – often red or orange or with vividly contrasting colors – but odorless. They are typically tubular or bell-shaped, produce copious, energy-rich nectar hidden well below the anthers and stigmas and have sticky masses of pollen that readily adhere to feathers. In the New World tropics, over 7,000 plant species are visited by hummingbirds. Birds pollinate a few crops such as bananas, papayas and nutmeg, and many tropical and garden ornamentals, including salvias, cardinal flower, scarlet beebalm, bird of paradise and coral trees.

Bats are the most common mammalian pollen vectors. Marsupials, rodents and primates are other types of mammals that less frequently act as pollinators. In the U.S., most bats are insect eaters, but some species of New World bats in the family Phyllostomidae, commonly known as leaf-nosed bats, and Old World bats in the family Pteropodidae, commonly known as fruit bats, are adapted to feed on nectar and pollen.

More than 500 species of plants are pollinated by bats. The majority grow in the tropics or subtropics, but some species in the deserts of the American Southwest and Mexico are also bat-pollinated. Old World nectar-feeding bats locate their meals using both sight and smell, while New World nectar bats also use echolocation. Bat-pollinated flowers open at night and are located well above the ground surface. They are often white, cream or pale green so they can be easily seen in the dark. They tend to be large and sturdy, often with a tubular or bowl-like shape, and have a strong fruity to fermented odor. In addition to producing nectar, bat flowers typically have larger pollen grains than species pollinated by insects or birds. Examples include many night blooming cacti, agaves (including Agave tequilana, the species from which tequila is made), durians, wild bananas, eucalyptus, sausage trees and kapok trees.

Ways to help your local pollinators

You can attract and support a diversity of pollinators in your home landscape by taking several simple steps.

First, include a variety of flowering plants in your garden, with the goal of having something (or many things!) in bloom year-round. Select plants of different heights, with flowers of varying forms and colors. Don’t forget to include some fragrant flowers. Native pollinators are often particularly attracted to the native plant species with which they have co-evolved, but a mix of native and non-native plants is fine. Remember that even weedy plants can provide benefits to pollinators, but just be sure to avoid the invasive weeds that have other dire environmental consequences.

Second, supply water in the form of a birdbath, fountain or pond. Try to include some larger, bushy plants that provide pollinators with a resting or nesting spot, shade from the mid-day sun and cover from predators.

Lastly, reduce the use of pesticides in the landscape. You might be tempted to spray for mosquitoes before a garden party, but consider how this will impact the pollinating denizens of your landscape. Broad-spectrum insect killers often have unintended consequences.  Consider taking an integrated pest management (IPM) approach, which relies heavily on plant selection, plant placement and natural predators to minimize plant problems. Organic pest control products, such as soap sprays, are often safer for pollinators, pets and people. When you must use a chemical pesticide, select a product designed just to control the problem pest.