by Stephenie Livingston • December 5, 2017
One of Adania Flemming's long-term goals is to bring awareness of marine life through outreach and, eventually, a research aquarium in Trinidad. Florida Museum photo by Kristen Grace

Adania Flemming pulled rubber waders on over her clothes, grabbed a net and stepped into the murky creek, stained with tree resin. She was looking for the tiny swamp darter — a quick, feisty fish that’s difficult to spot, with its blotches that blend with the tea-colored waters.

While the life history of the swamp darter’s Northeast populations has been widely studied, its Southeastern populations are largely missing from scientific literature. By investigating the darter’s life history in a tiny Florida creek, Flemming, a collections technician at the Florida Museum, said her research could lead to better management and conservation laws for these Southern populations and other species with similar geographic distributions.

As a novice ichthyologist, the project affords Flemming, a graduate student in the biology department of UF’s College of Liberal Arts and Sciences, a great opportunity to learn about a fish in its entirety, she said. 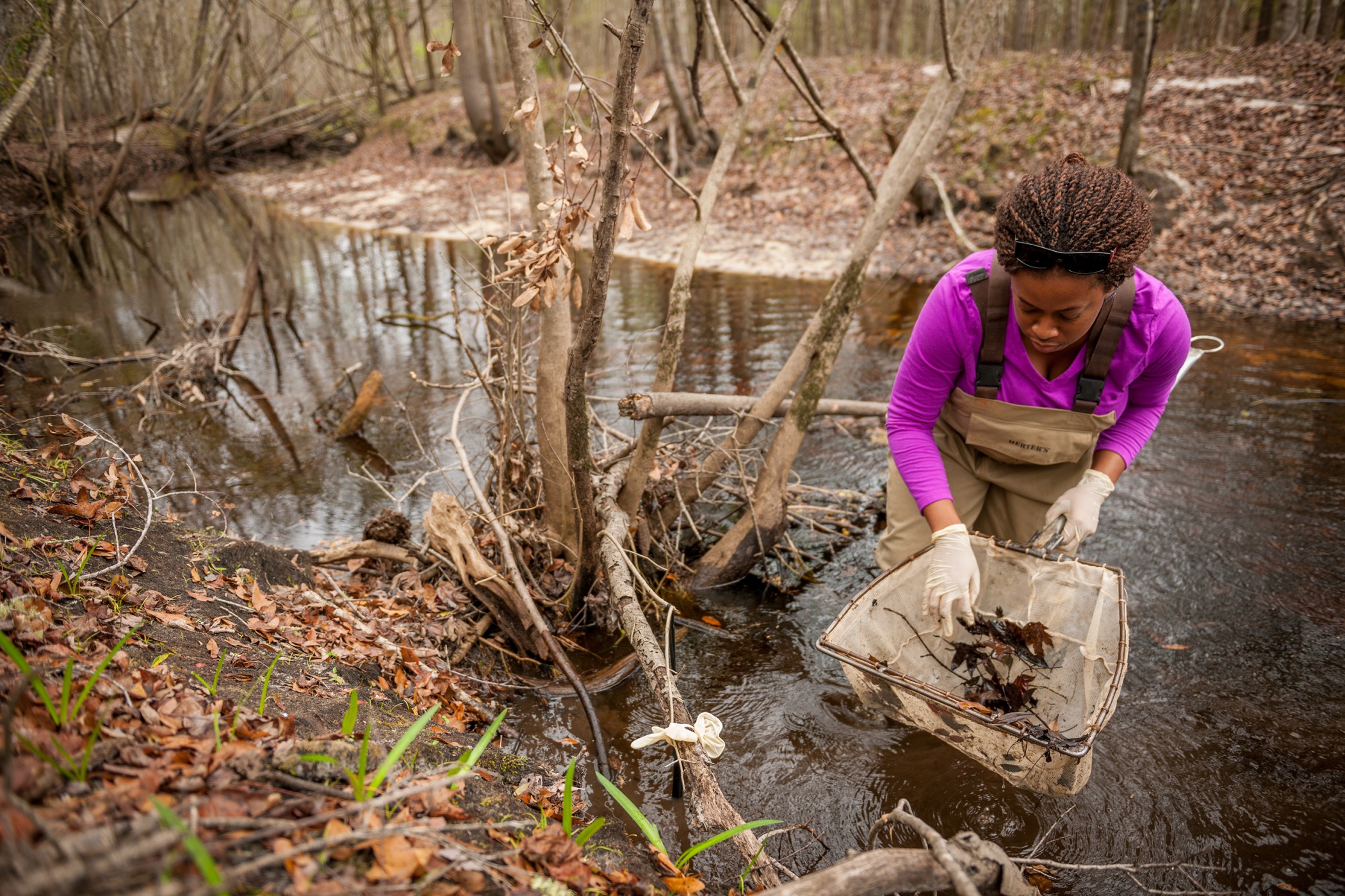 Flemming, who is from Trinidad and Tobago, has always been drawn to long-term studies and aquatic habitats. Her formative years were spent hiking mountains to discover waterfalls and traveling to beaches to swim and scuba dive. And once she discovers a new animal that sparks her interest, she wants to learn everything about it — she wants to understand its entire life.

She has the same commitment to her islands. Her work is part of a long-term goal to bring awareness of marine life to her country through outreach and, eventually, a research aquarium in Trinidad.

Her current outreach — engaging with the public through Florida Museum events and social media, and mentoring UF students through her department’s volunteer program — is designed to make herself visible to other minorities, allowing them to see that scientists come in all genders and skin tones, and talk to aspiring scientists about museum careers.

During spring 2018, she will co-instruct a class at UF with David Blackburn, a Florida Museum associate curator of herpetology, designed to introduce undergraduate students to careers in museum-based research and enable them to envision broader career paths, Flemming said.

As a student who excelled at science and math in Trinidad, she was encouraged to become a medical doctor, “like all students interested in science.” But she wasn’t interested in that path. Flemming was more of a naturalist, she says, and it felt natural for her to go against the status quo.

Being an islander, it made sense that she’d find her passion in the histories and anatomies of sea life, she said. But growing up, she felt out of place.

That’s why now she wants to guide students who feel the same as she did, and make visible the too often unknown array of research topics in science and the scientists who study them. 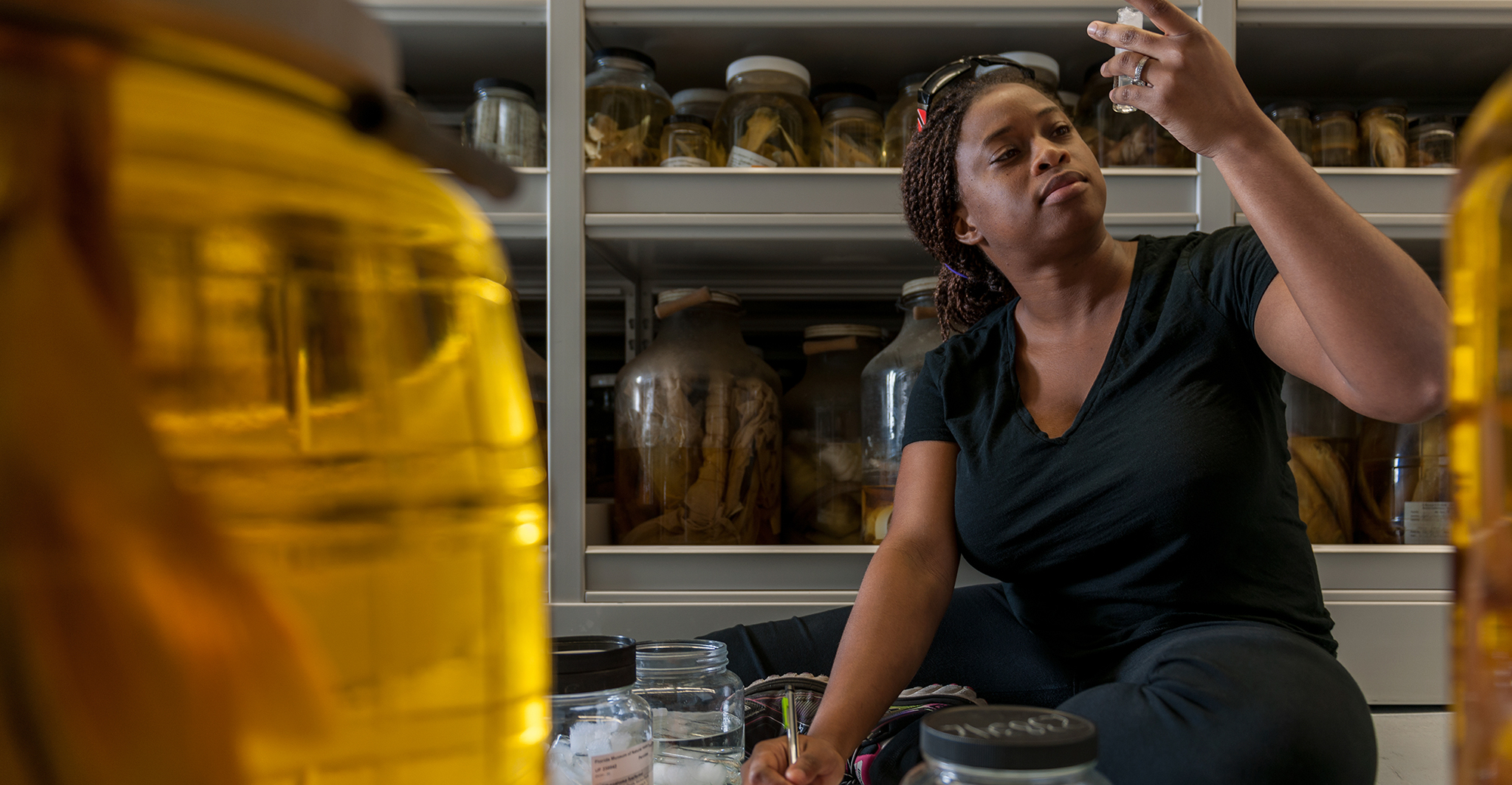 “I think the fact that I’m here doing this right now is more of a personal accomplishment — something I saw as a better pathway for myself,” she said. “If you’re interested in science, there are many different careers you can explore. I want to help others see that and appreciate the lesser-known areas of science.”

Flemming sees her education and research at UF as a bridge to her ultimate goal: broadening appreciation for aquatic life in Florida and the Caribbean. She hopes her future research aquarium will work in conjunction with local schools in Trinidad and Tobago to bring students to a place where they can get hands-on training in aquatic biology and ichthyology and explore the islands’ ecology.

These goals are built on a backbone of mentorship, which drives her efforts.

With a shortage of women mentors in ichthyology, Flemming decided to be the mentor she always wanted for her students.

Ichthyology is translational, she says, so students can use what they learn while studying fish to do other things, making it a great foundational field. The skills you learn when you’re dissecting a fish can translate into those needed to become a surgeon or a forensic scientist, for example, Flemming said. Or, you can get a Ph.D. in ichthyology, as she plans to do.

When there are more women scientists of color to serve as mentors, more opportunities present themselves for women and people of color, Flemming said.

Flemming hopes her experiences serve as inspiration for others who identify with her, be it as a female, a person of color, or an international student. She hopes that, ultimately, “a greater diversity of role models in science will translate into a greater diversity of ideas and innovations.”

Years of being outnumbered by men in science classes and labs created a desire to be as self-suffient as possible. She learned through some negative experiences to never to ask a question that she could find the answer to herself. Asking questions creates the idea that “you don’t know and you can’t do it,” she said — and that’s uncomfortable territory, since the bias that science is a man’s world still lingers today.

But ichthyologists are opening their eyes to gender inequality in the field and encouraging minorities to participate, she said. 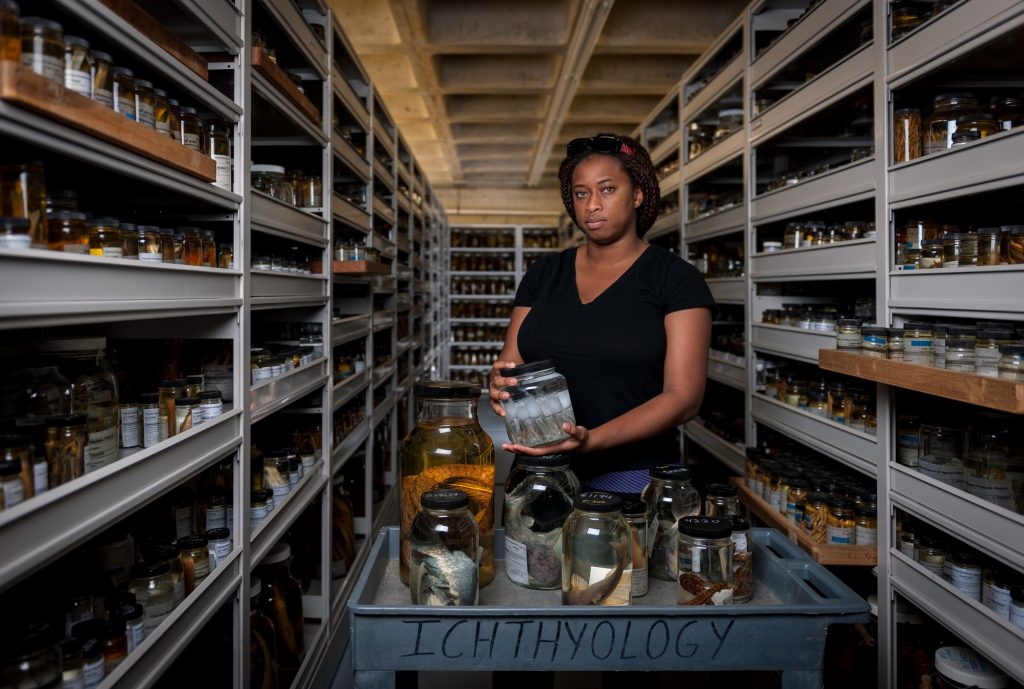 The dialogue currently taking place among scientists around the topics of gender and race equality assures her she’s not alone and that other scientists know it exists and that they are willing to do something about it, she said.

“We can see change happening,” Flemming said. “The fact that we’re openly talking about it publicly…I think that’s a step in the right direction.”

It used to be that you’d go to a science conference, she said, and most of the women were wives or daughters of the scientists making discoveries — now, they’re the discoverers. 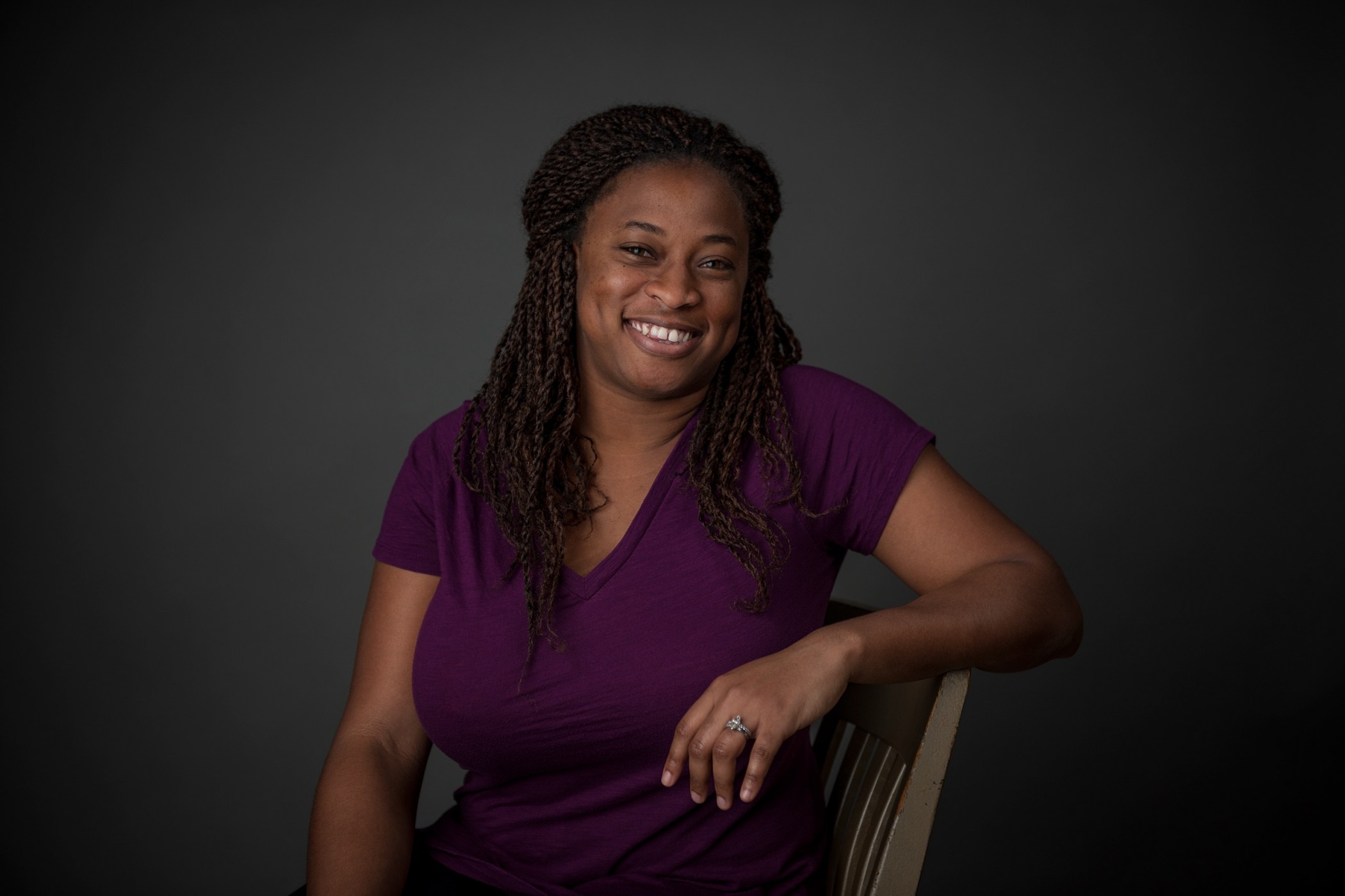 As she dissected a darter under a microscope in the ichthyology lab at the Florida Museum, investigating what it’d been eating, she continued to ponder the path that brought her to where she is now.