About 99 million years ago, a tiny juvenile frog in present-day Myanmar was suddenly trapped in sap with a beetle, perhaps its intended next meal.

Unlucky for the frog, but lucky for science.

An extinct species now named Electrorana limoae, it’s one of four fossils that provide the earliest direct evidence of frogs living in wet, tropical forests and are the oldest-known examples of frogs preserved in amber.

“It’s almost unheard of to get a fossil frog from this time period that is small, has preservation of small bones and is mostly three-dimensional. This is pretty special,” said David Blackburn, study co-author and the associate curator of herpetology at the Florida Museum of Natural History. “But what’s most exciting about this animal is its context. These frogs were part of a tropical ecosystem that, in some ways, might not have been that different to what we find today – minus the dinosaurs.”

The findings and species description were published today in Nature’s Scientific Reports. 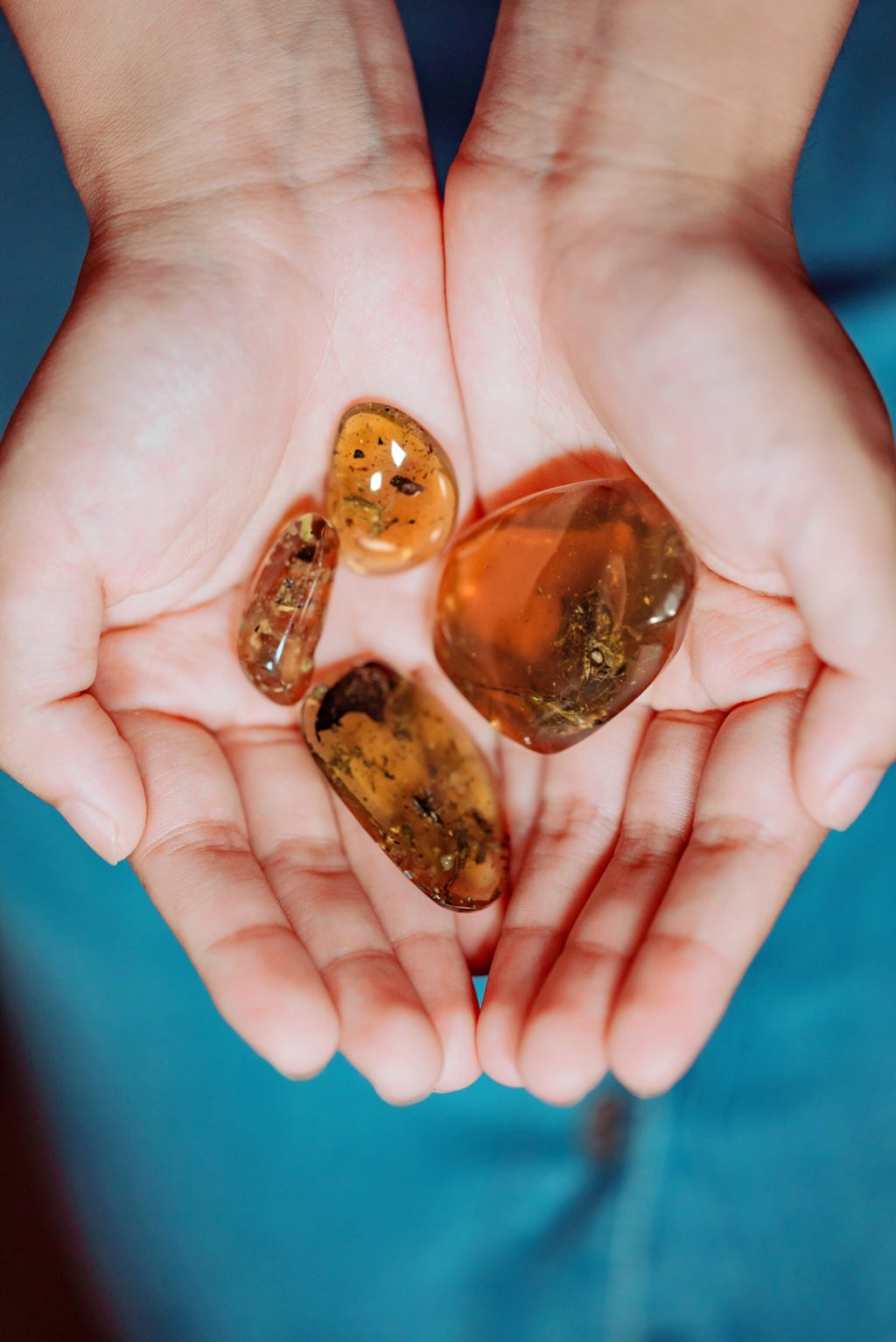 Four pieces of amber recently discovered in Myanmar contain the first fossil frogs to be found in the 99-million-year-old amber deposits. 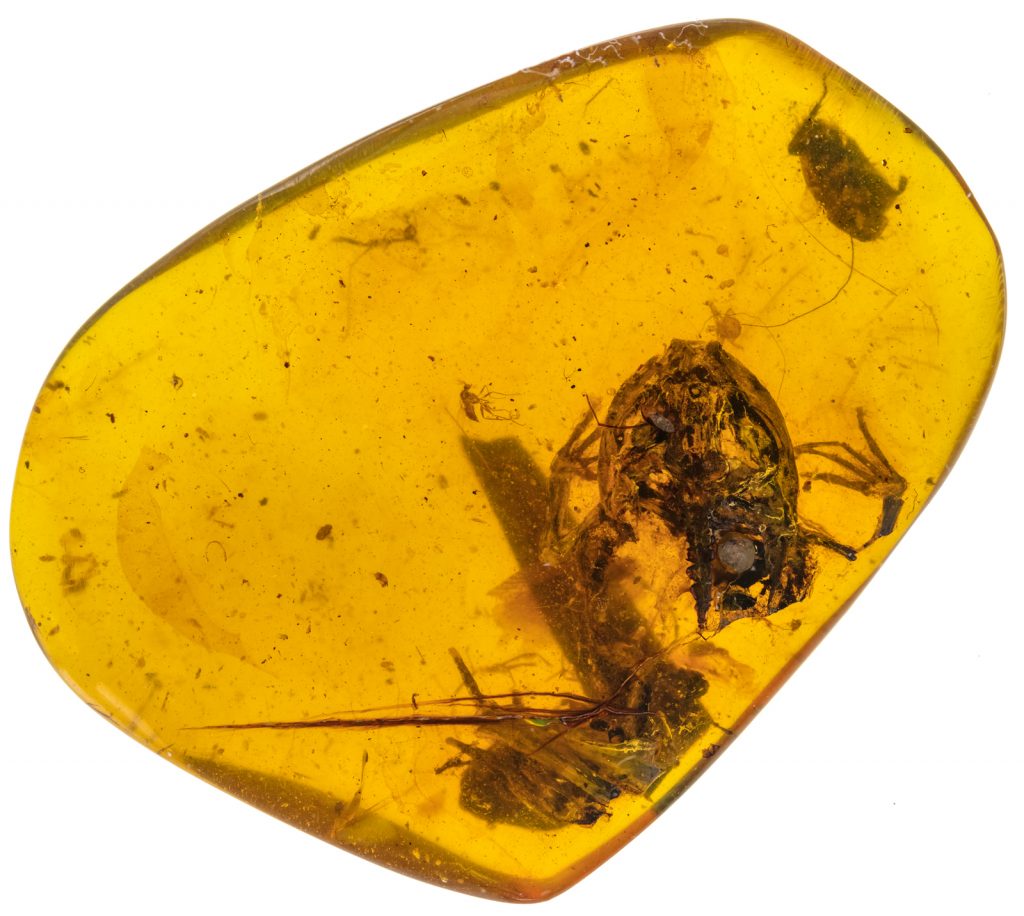 The best-preserved fossil of the group includes the skull, forelimbs, part of a backbone and a partial hind limb of a small, juvenile frog now known as Electrorana limoae. Next to its hind limb is an unidentified beetle. 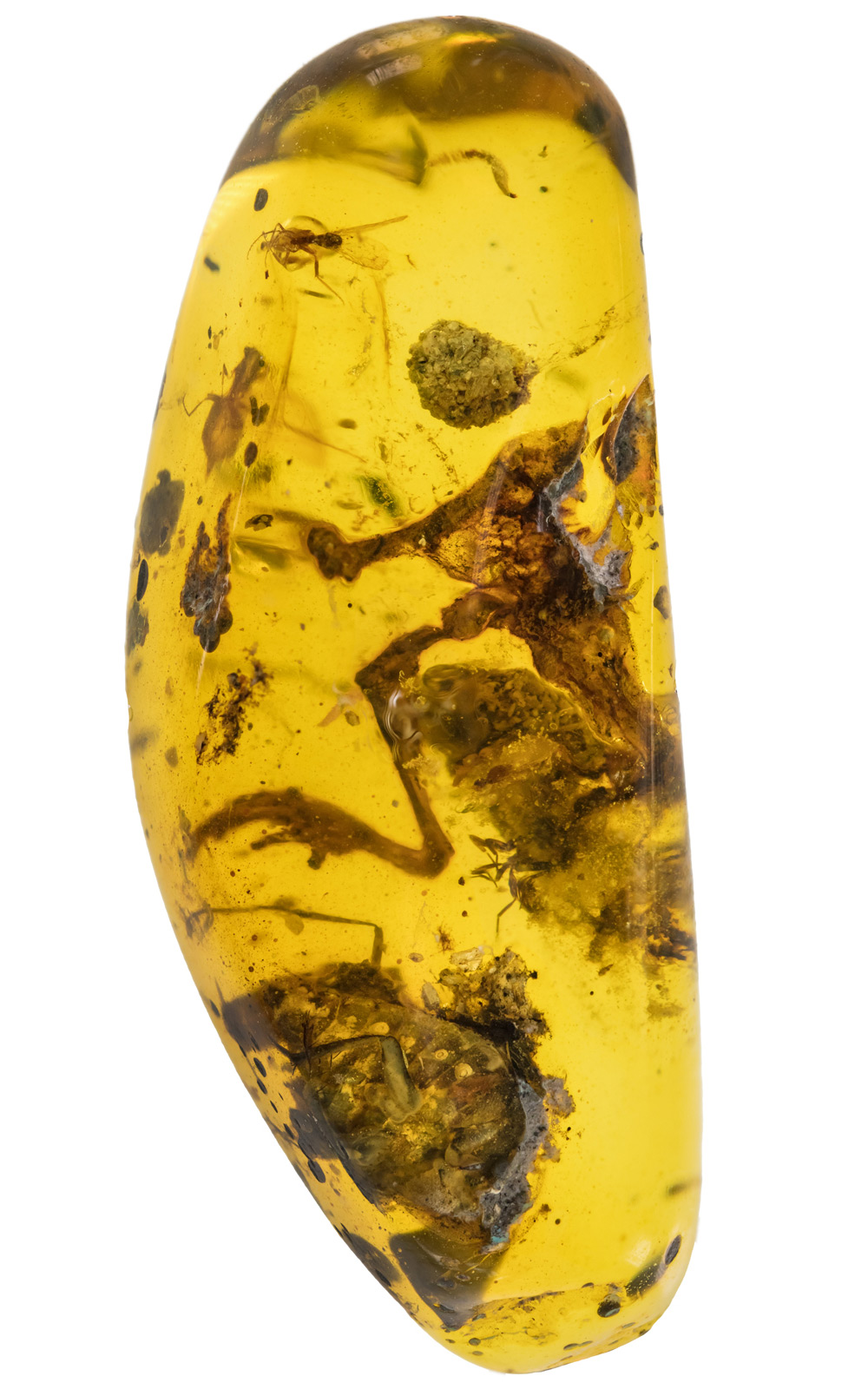 The other amber pieces contain fossils of isolated limbs and an imprint of a frog that likely decayed inside the resin.

Frogs have been around for at least 200 million years, but glimpsing their early heyday is tough. Often small and lightly built, frogs don’t tend to preserve well. The frog fossil record skews toward more robust species from arid, seasonal environments, although the bulk of frog diversity today lives in tropical forests.

“Ask any kid what lives in a rainforest, and frogs are on the list,” Blackburn said. “But surprisingly, we have almost nothing from the fossil record to say that’s a longstanding association.”

The amber deposits of northern Myanmar in Southeast Asia provide a unique record of ancient forest ecosystems, with fossil evidence of mosses, bamboo-like plants, aquatic spiders and velvet worms. The discovery of Electrorana and the other fossils, the first frogs to be recovered from these deposits, help add to our understanding of frogs in the Cretaceous Period, showing they have inhabited wet, tropical forests for at least 99 million years.

Frogs in amber are quite rare, with previous examples found in the Dominican Republic and Mexico and dating back only about 40 million and 25 million years, respectively. 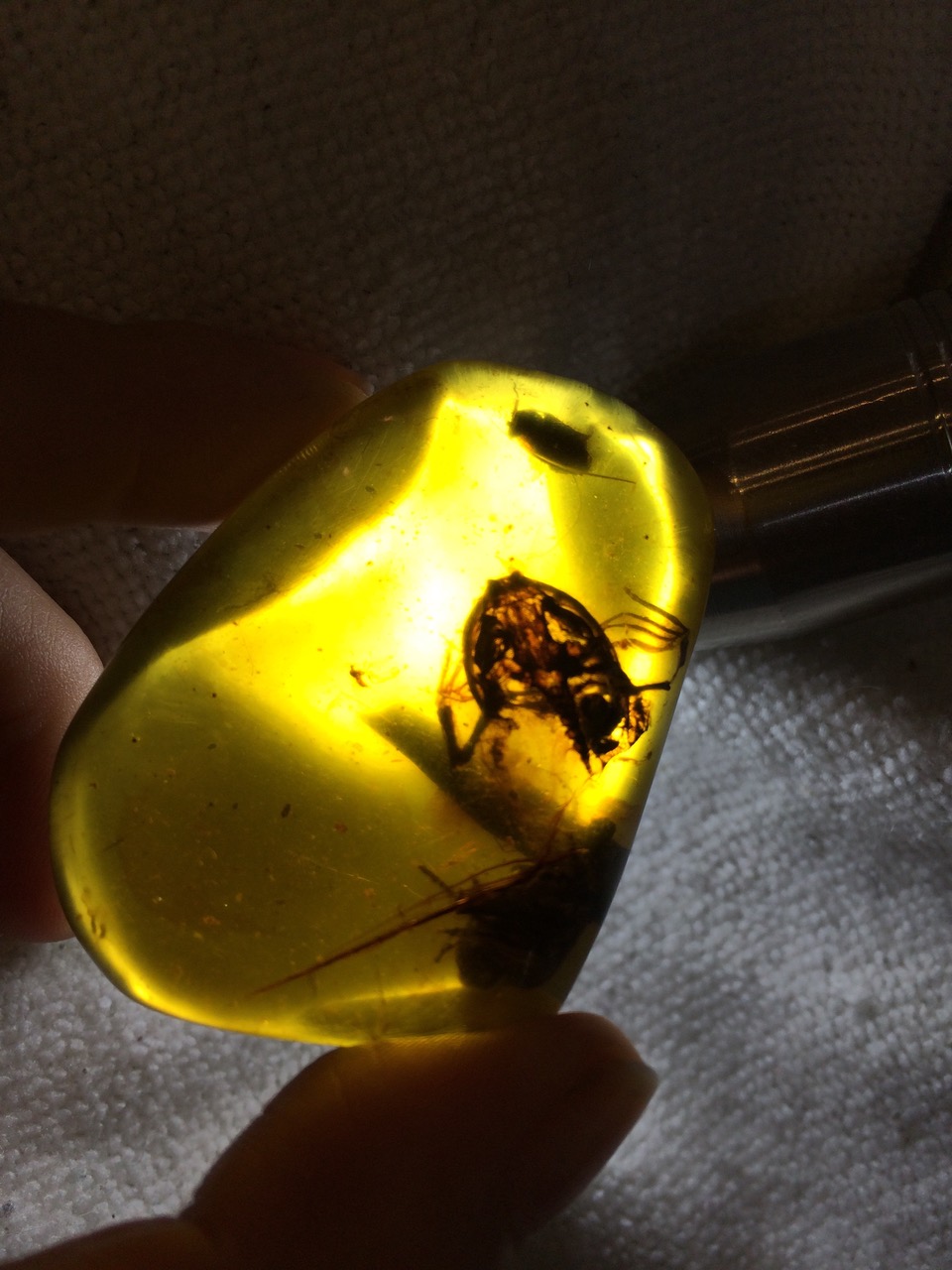 Frogs tend to fall apart after death, leaving behind a sparse fossil record compared with many larger, more robust animals. Electrorana offers researchers a rare 3D glimpse of a small, juvenile frog in the Cretaceous Period. 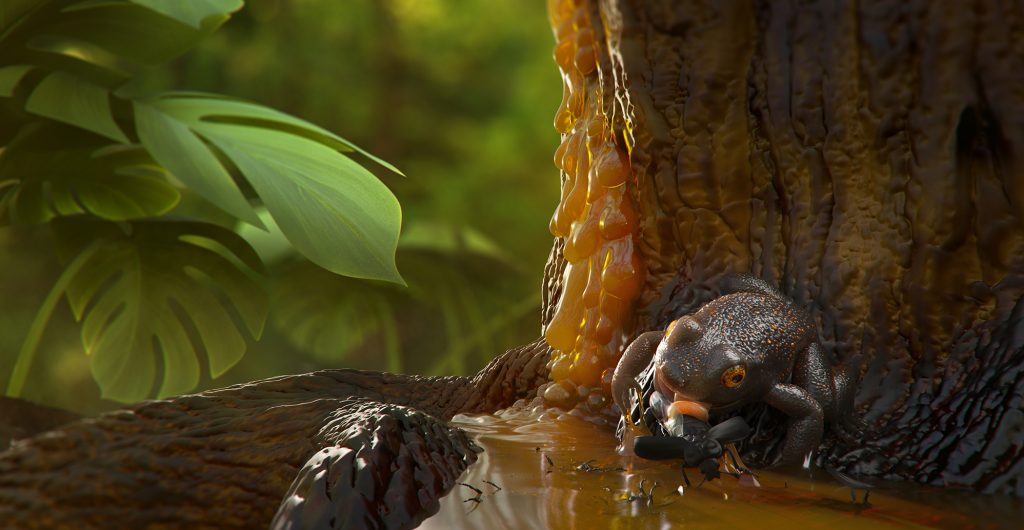 Electrorana inhabited a tropical ecosystem much like the ones populated by frogs today – minus the dinosaurs. 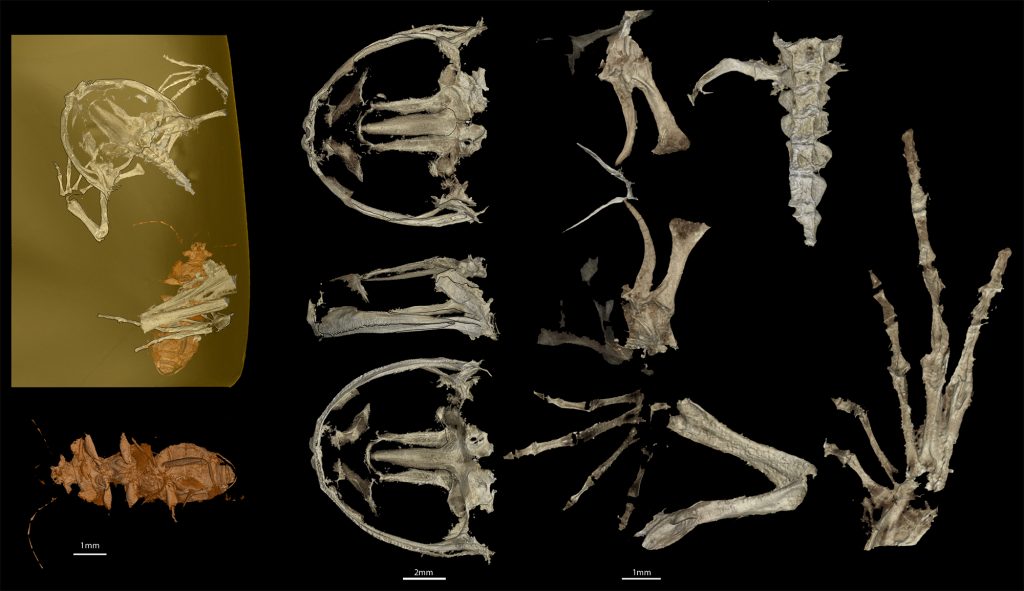 Less than an inch long, Electrorana is the most well-preserved of the group. Clearly visible in the amber are the frog’s skull, its forelimbs, part of its backbone, a partial hind limb and the unidentified beetle. The other amber fossils contain two hands and an imprint of a frog that likely decayed inside the resin.

But Electrorana raises more questions than it answers, Blackburn said.

Many characteristics herpetologists use to discern details of a frog’s life history and determine how it’s related to other frogs – wrist bones, the pelvis, hip bones, the inner ear, the top of the backbone – are either missing or were not yet fully developed in the juvenile frog.

The existing bones provide clues about Electrorana’s possible living relatives, Blackburn said, but the results are puzzling: Species that have similar features include fire-bellied toads and midwife toads – Eurasian species that live in temperate, not tropical, ecosystems.

Gathering CT skeletal data for both living and extinct frogs, one of Blackburn’s long-term projects, could help illuminate ancient evolutionary relationships, possibly clarifying how Electrorana fits into the frog tree of life.

In the meantime, Blackburn nurtures the hope that other frogs in amber will be discovered, making Electrorana more than a one-hit wonder.

“We don’t have a lot of single-species frog communities in forests. It seems extremely unlikely that there’s only one. There could be a lot more fossils coming.”

Lida Xing of the China University of Geosciences is the study’s lead author. Edward Stanley of the Florida Museum and Ming Bai of the Chinese Academy of Sciences also co-authored the study.

The fossils are now housed in the Dexu Institute of Paleontology in Chaozhou, China, with a 3D-printed replica of Electrorana limoae at the Florida Museum.

Models of the fossils are available on MorphoSource, an open-access repository of 3D data.

Funding for the research was provided by the National Natural Science Foundation of China, the Fundamental Research Funds for the Central Universities, the National Geographic Society, the Chinese Academy of Sciences and the University of Florida.