by Jerald Pinson • September 14, 2022
The results of an extensive five-year study conducted in Peru revealed a 50% decline in arthropod biomass following short periods of both drought and increased precipitation. Photo courtesy of Felicity Newell

Insects that are adapted to perennially wet environments, like tropical rainforests, don’t tend to do well when their surroundings dry out. New research published this Wednesday indicates they may be equally averse to heavy rainfall.

The results of an extensive five-year study conducted in Peru revealed a 50% decline in arthropod biomass following short periods of both drought and increased precipitation. One of only a few studies of this scope conducted in the tropics, the findings suggest terrestrial arthropods, a group that includes insects and spiders, will be more susceptible to climate change than previously suspected.

“Most of the time when we think about climate change, we think about warming temperatures, but rainfall patterns will change as well, which is something insects seem to be especially sensitive to,” said Felicity Newell, a postdoctoral associate and former doctoral student with the Florida Museum of Natural History. “We’re seeing that rainfall extremes can have negative effects over very short timescales.”

The discovery of a Goldilocks preference for just the right amount of water makes its debut against a worrying backdrop of population declines. Over the last two decades, thousands of studies have documented insect decline and extinction on every continent except Antarctica, a pattern some have dubbed the insect apocalypse.

These results paint a stark but incomplete picture. Most of these studies have been conducted in densely populated temperate regions, while the planet’s most biodiverse ecosystems — the tropics — have received considerably less scrutiny.

Half of all insect diversity resides in the tropics, and as a result, scientists know a great deal about only a small fraction of imperiled insect species. This imbalance places strict limits on understanding how insects will fare with the complex problem of climate change.

“One of the biggest challenges is abiotic factors like temperature and rainfall influence multiple things. They can influence both the growth of new leaves and the arthropods that feed on them. In temperate systems, it’s difficult to tease the two apart because they’re often very synchronized,” Newell said.

In temperate zones, the seasons proceed in a tight lockstep. Life stirs and flourishes in spring and summer, then wanes and lies dormant in autumn and winter. Near the equator, the annual changes are less pronounced. Wet and dry seasons create rhythmic variation, but the consistent temperatures allow plants to retain their leaves and tropical ecosystems to remain active year-round.

With a constant supply of plant food, any large increase or decrease in insect abundance is more likely to be the result of changing climates. For scientists like Newell who want to understand how climate change will affect insect populations, the tropics are the ideal place to study.

Insects decline in wet conditions for reasons that remain obscure

Newell and co-author Ian Ausprey spent a combined two-and-a-half years between 2015-2019 conducting field work along the slopes of the Andes Mountains in northern Peru. Living and working with the residents of local villages, they collected insects multiple times of the year at sites spanning more than 4,500 ft of elevation. In total, they collected more than 48,000 insects, which they compared to rainfall and temperature measurements taken throughout the year.

They expected insect abundance would be strongly linked to the growth of plants. While most trees and shrubs don’t lose their leaves in the tropics, the production of young, supple leaves favored by herbivorous insects coincides with the onset of the rainy season. But this isn’t what they found. The flush of bright green growth, as interpreted by satellite data and by visual inspection in the field, had only a small effect on insect biomass.

Instead, rainfall was the single greatest predictor of how many insects you might expect to find at a given location. 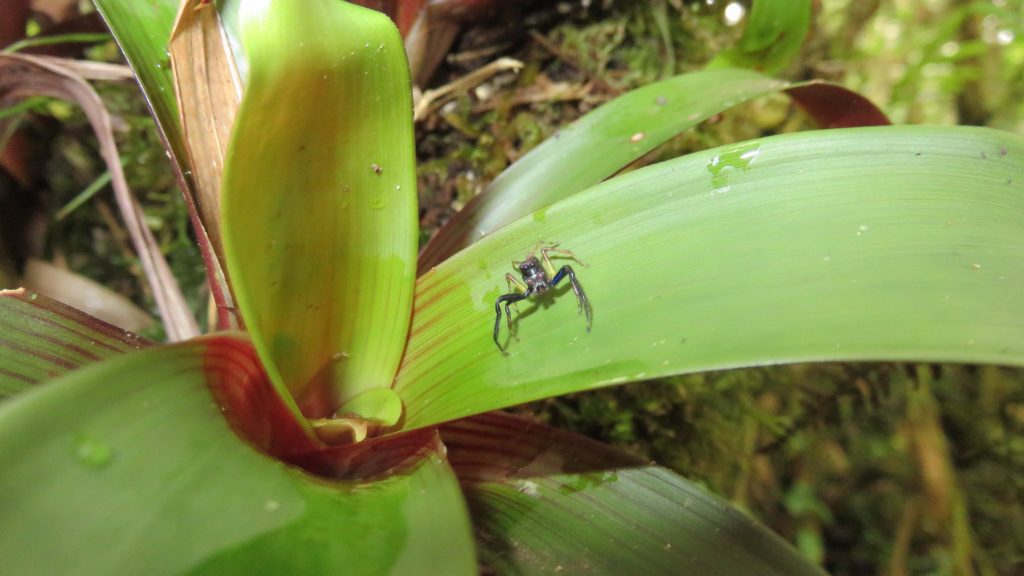 The researchers included all terrestrial arthropods in their analysis, including the numerous but generally small spiders that inhabit the Andean cloud forests. 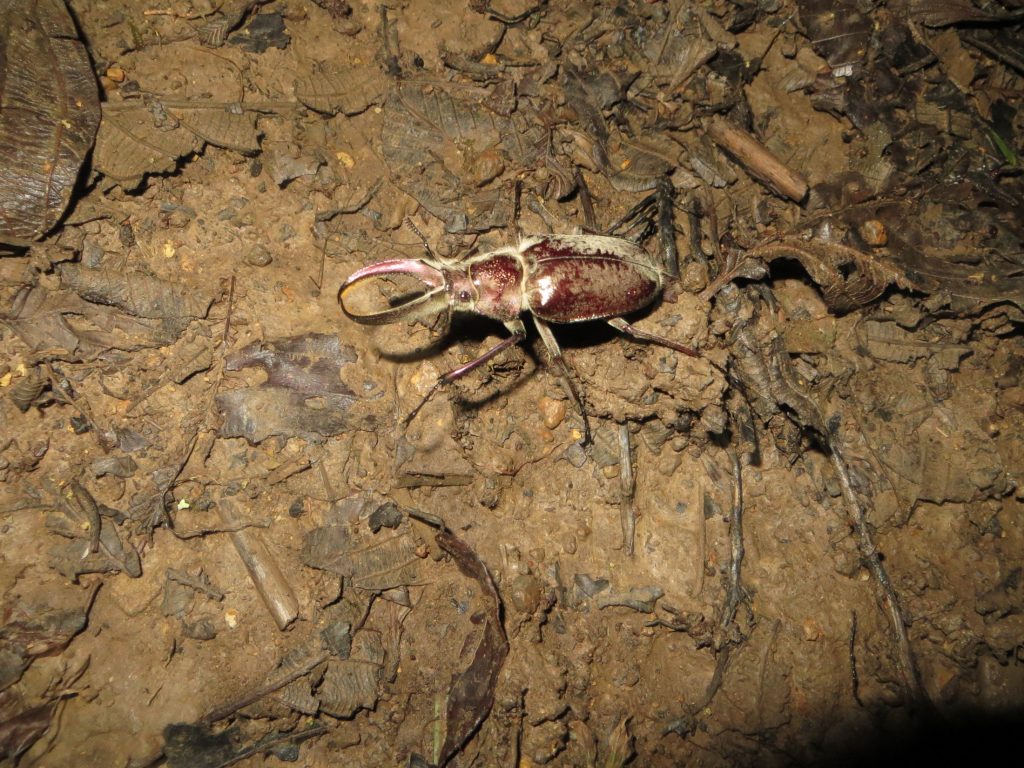 While small spiders comprised a large number of arthropod specimens, much of the biomass came from large insects, such as beetles. 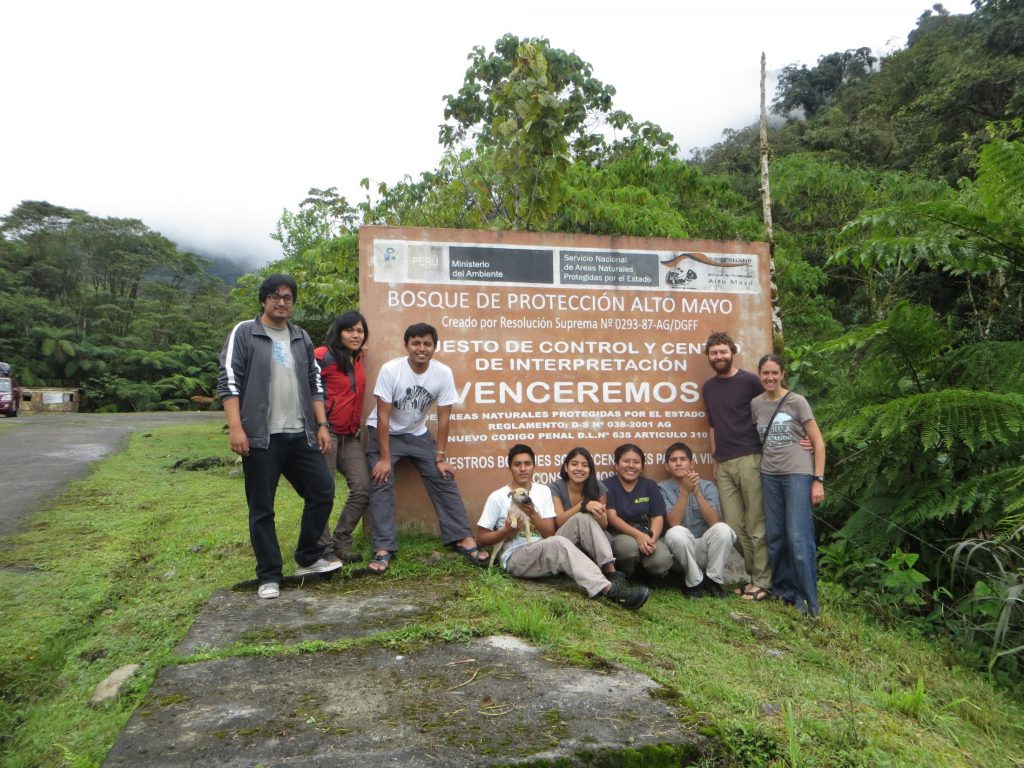 Co-authors Newell and Ausprey (far right) lived and worked with local residents throughout much of the study, traveling to multiple study sites that spanned more than 4,500 ft of elevation. 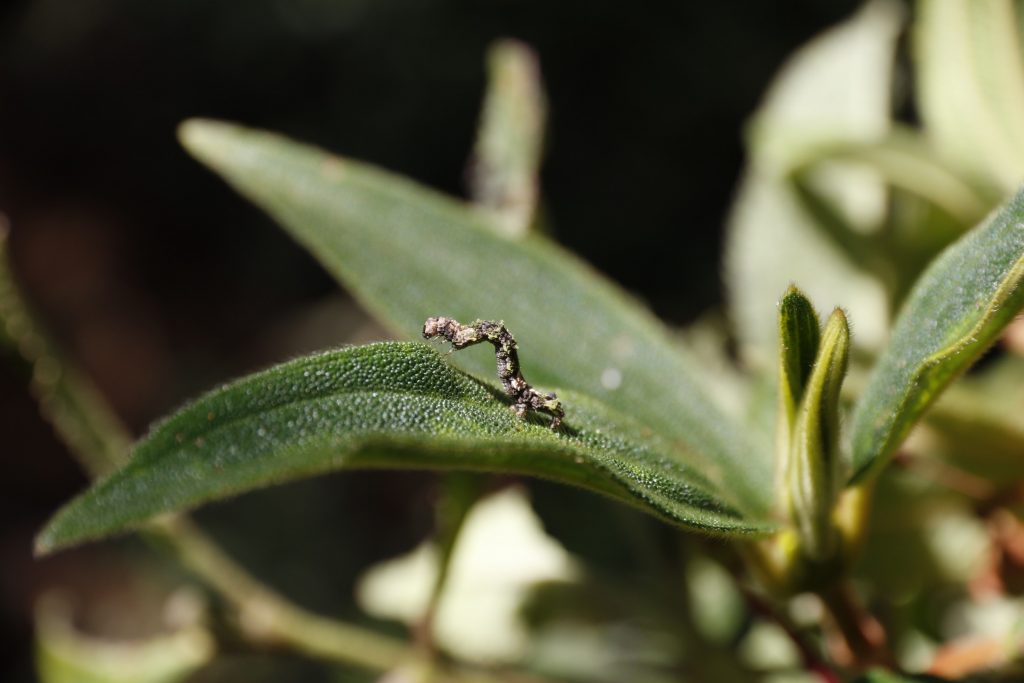 While most insects were highly susceptible to drying out when rain is scarce, the authors noted that larvae with dark colorations were much better equipped to deal with the withering effect of dry air. 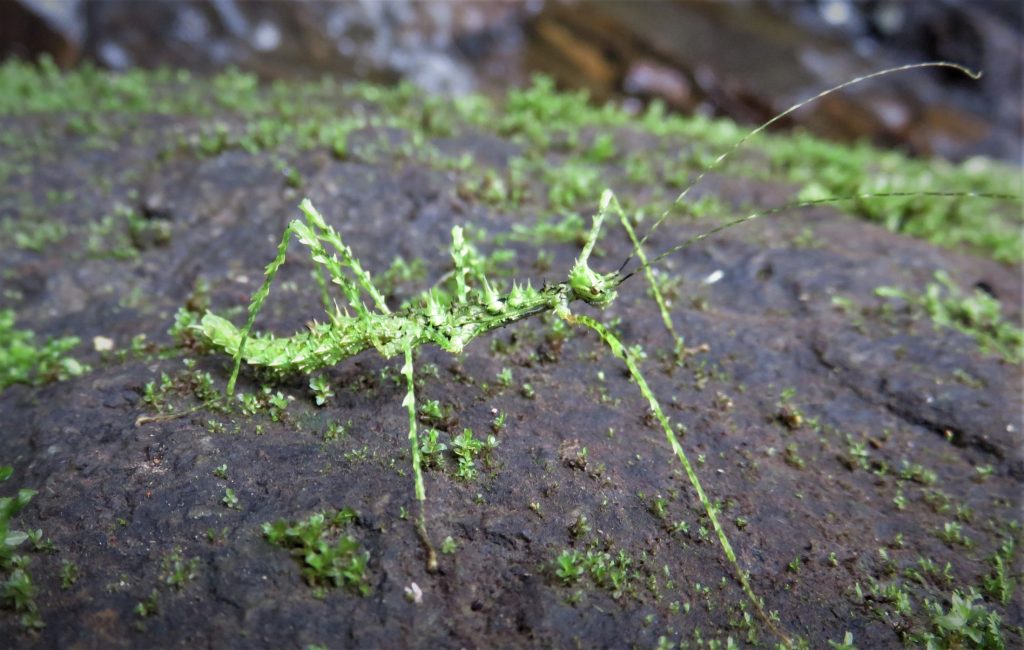 Most of the world’s insects reside in the tropics, yet the majority of studies documenting their declines have been conducted in temperate regions.

Newell and Ausprey took things a step further by attempting to determine the exact mechanism behind the declines. They conducted desiccation experiments on insects collected in the field. Most of their specimens found it hard to cope with even a small reduction in humidity. This was particularly true of small insects; their greater surface-to-volume-ratio makes them especially prone to drying out.

Researchers are at a loss, however, to explain why wetter-than-average conditions are problematic. Theories range from the physical damage small insects receive by being pelted with raindrops to decreased foraging times caused by more frequent storms. Another idea posits that cooler temperatures from prolonged cloud cover might hamper insect growth and development.

“One hypothesis is there are more fungal spores during the rainy season, which would result in a greater occurrence of entomopathogenic fungi,” Newell said. Such fungal pathogens that infect insects are common in tropical ecosystems. Infection often results in the death of the insect host, but only after their behavior has been radically altered to ensure optimal dispersal for the next batch of spores, as is the case for the zombie ant.

Whatever the reason, the authors worry what their results might portend for insects and the animals that rely on them in a rapidly warming world. Combining their information collected in the field with 50 years of regional rainfall data, they also developed a predictive model that might help untangle the “black box” of ecosystem function and response. Their model suggests insects will be among the first organisms that respond if conditions continue to shift toward a dangerously unbalanced climate.

“Insects are incredibly diverse and important. They fill the ecosystem roles of pollination and decomposition, and they serve as a food resource for many birds and mammals,” Newell said. “Our predictive model shows that insects respond to rainfall extremes, but how they respond to changing climates over the long term remains to be seen.”

The authors published their study in the journal Global Change Biology.

Ian Ausprey of the University of Bern and Scott Robinson of the Florida Museum of Natural History are also authors on the study.