When trouble looms, the fish-scale geckos of Madagascar resort to what might seem like an extreme form of self-defense — tearing out of their own skin.

Their unusually large, overlapping scales flake off so easily that one biologist in the late 1800s tried collecting the geckos with cotton, but even with careful handling, few fish-scale gecko specimens have been preserved with all scales intact.

Now, new research published in the African Journal of Herpetology shows the geckos’ fragile skin contains a hidden strength. Inside the scales are bony deposits known as osteoderms, the same material that makes up the tough scales and plates of crocodilians and armadillos. But the presence of osteoderms in fish-scale geckos raises a herpetological mystery: If they have armor, why do they discard it?

“The big question is why there are these conflicting defense strategies,” said Daniel Paluh, the study’s lead author and a doctoral student at the Florida Museum of Natural History. “This gecko can actually drop its skin as a defense mechanism, but it also has these mineralizations — usually thought of as body armor — that it’s just leaving behind.”

As part of his research as a master’s student at Villanova University, Paluh studied hundreds of geckos using computed tomography technology, which uses thousands of X-rays to create high-resolution, multilayered 3-D images of specimens. The CT scan of Geckolepis maculata, a species in the fish-scale genus, revealed dense bony material inside the skin, a feature Paluh had not noticed in most other geckos.

“I thought, ‘Wow, this is really strange,’ ” he said. “We started diving deeper to verify that what we were seeing in the CT scan were actually these mineralized elements.”

Osteoderms are found in some lizards, but they are rare in geckos, a group that includes more than 1,600 species. Prior to Paluh’s study, only the genus Tarentola, or wall geckos, and Gekko gecko, the tokay gecko, were known to have this protective outer armor.

Most geckos have thin skin covered in tiny, granular scales and tend to rely on camouflage and the cover of night to hide from predators, Paluh said.

Some groups, such as Geckolepis, have also evolved weak skin as a form of defense, said Aaron Bauer, the Gerald M. Lemole Endowed Chair in Integrative Biology at Villanova University and co-author of the study. When a predator strikes, these geckos can rip out of their skin to escape, “like the tear-away football jerseys of the 1970s,” he said. 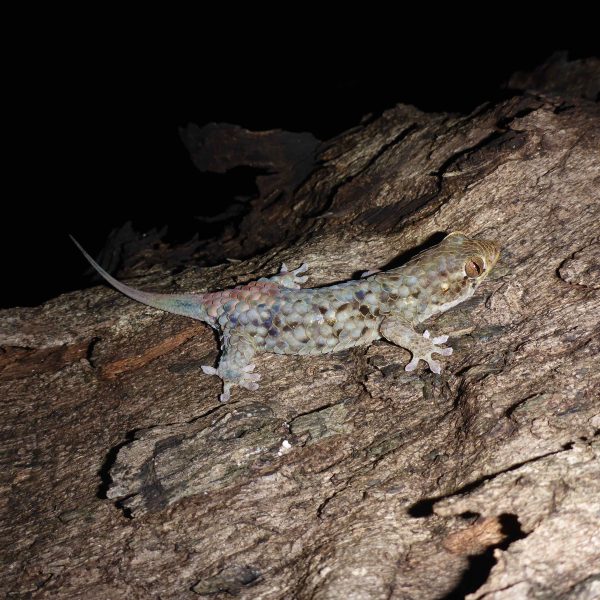 A close relative of Geckolepis maculata, Gecklolepis megalepis, a new species of fish-scale gecko, was described earlier this year. 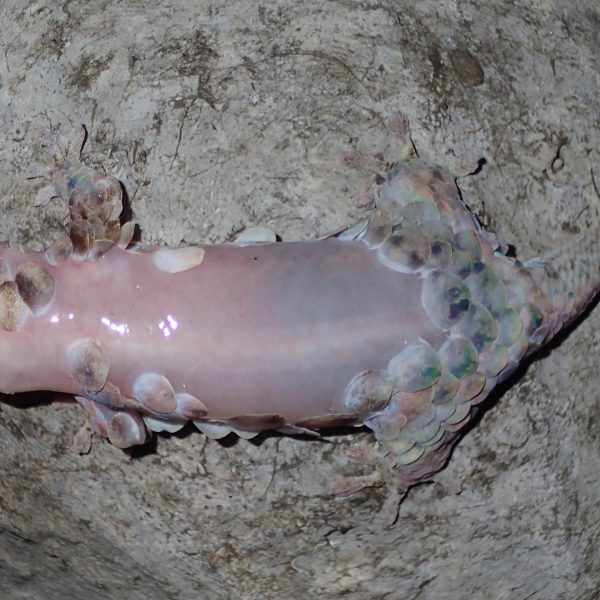 When threatened, fish-scale geckos easily shed their scales, as shown in this Geckolepis megalepis. 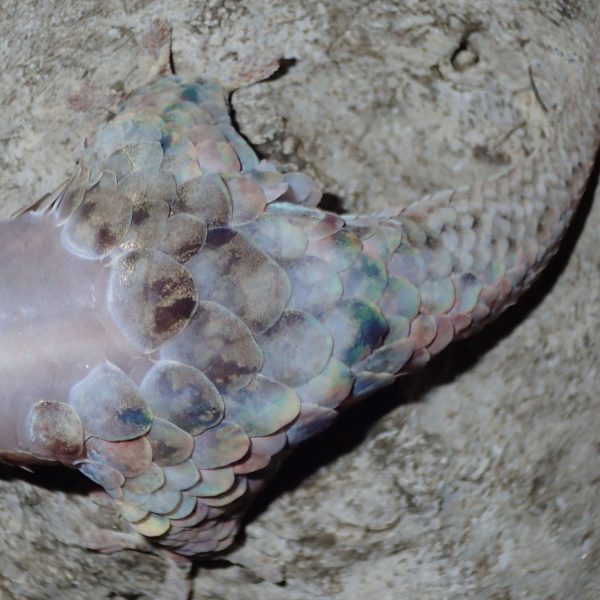 Fish-scale gecko skin is so delicate that museum specimens rarely have all scales intact.

The apparent paradox of “sheddable armor” contributed to the widespread questioning of a paper by biologist W.J. Schmidt, who in 1911 published his observations of osteoderms in the scales of Geckolepis polyepis. His findings were met with skepticism for decades until Paluh’s CT scan proved Schmidt was right.

“Schmidt had to illustrate what he saw, which could have contributed to his work being questioned,” Paluh said. “It was unclear whether he was replicating the histology accurately. The advantage we have today is that we can combine newer, innovative tools with traditional methods than have been used for hundreds of years. It provides a new perspective to some of the classical anatomical observations.”

To verify the presence of osteoderms in G. maculata, Paluh used techniques similar to Schmidt’s. He cleared and stained excised patches of skin containing multiple scales to determine if the tissue was mineralized. Removing the skin revealed tiny, interlocking osteoderms similar to those Schmidt described and illustrated more than a century earlier.

“Schmidt was a great anatomist, and I’m sure that he was confident in what he saw,” Bauer said. “Indeed, anatomists of his time, working with much less technically advanced equipment than we have today, were pretty good about getting animal anatomy right.”

Paluh said osteoderms might not necessarily serve as a defensive shield. They could contribute calcium for egg development in female geckos or help regulate body temperature.

The researchers hypothesize that osteoderms likely evolved independently in Geckolepis, Tarentola and Gekko gecko. The geckos are not close relatives, and CT scans showed osteoderm structure and density vary among the three. G. gecko and Tarentola mauritanica have plate-like and granular osteoderms, while in G. maculata, the deposits resemble the small irregular pieces of a mosaic.

Further research is needed to determine how these bony deposits develop in Geckolepis and whether they can be regenerated after scales have torn away, Paluh said.

“There are plenty of interesting questions left to answer,” he said. “Clearly, our understanding of gecko anatomy isn’t yet complete.”

The Gerald M. Lemole Endowed Chair Fund helped support the research, and the study was based on work supported by the National Science Foundation Graduate Research Fellowship Program.