Rodent extinctions in Hispaniola may have been caused by humans

by Brian V Smith • January 10, 2023
Humans have inhabited Hispaniola for roughly six thousand years, during which time the island's rodent diversity dwindled from 11 species to just 1. By determining exactly when these species last appear in the fossil record, authors of a new study pinpoint the historical events that led to their extinction. Florida Museum photo by Kristen Grace

The island of Hispaniola once had among the highest rodent diversity in the Caribbean, supporting 11 species that coexisted for thousands of years. Today, only one rodent species remains within the island’s two countries of Haiti and the Dominican Republic, and its prospects for survival are uncertain. There are many theories as to why so many species went extinct, but it’s unclear exactly when each disappeared, making it difficult to determine the cause.

A new study helps bring the history of this group into clearer focus. Researchers from the Florida Museum of Natural History and the Museo Nacional de Historia Natural in the Dominican Republic performed carbon-dating analyses on the fossilized remains of six hutia species, close relatives of capybaras that resemble a mix between a squirrel and beaver. They also examined thousands of bones stored at the Florida Museum of Natural History that were initially collected over 40 years ago, analyzing them for any similarities that might help explain the recent wave of rodent extinctions.

“These hidden gems are what made this study possible,” said Lazaro Viñola Lopez, a doctoral student at the University of Florida and lead author on the study. 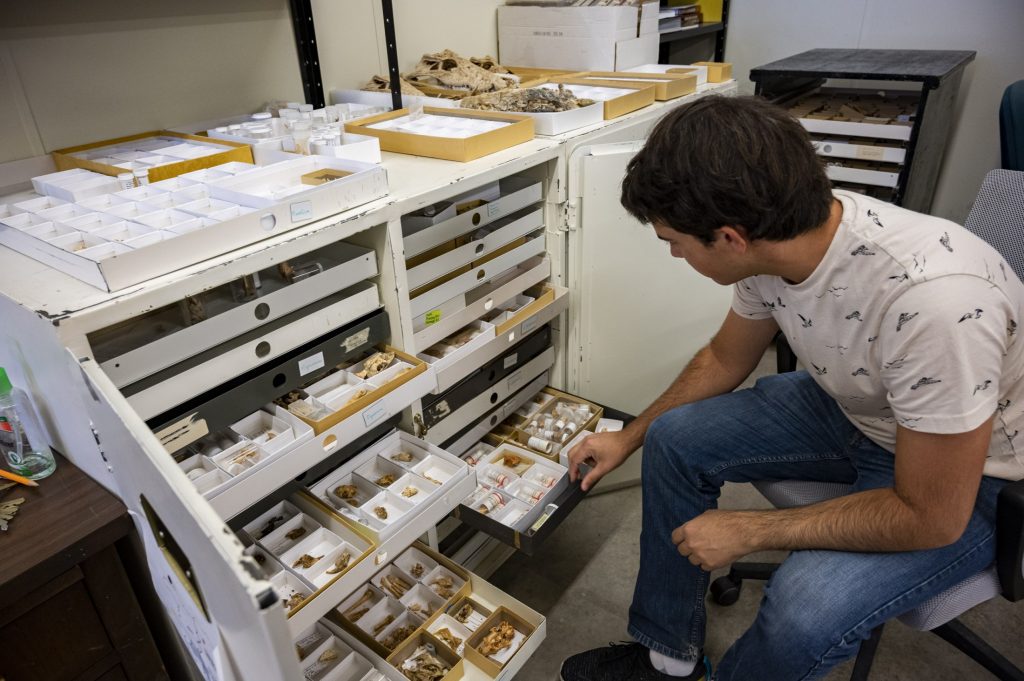 Researchers have collected thousands of rodent fossils from Hispaniola over the last several decades, many of which were analyzed in this study for the first time. 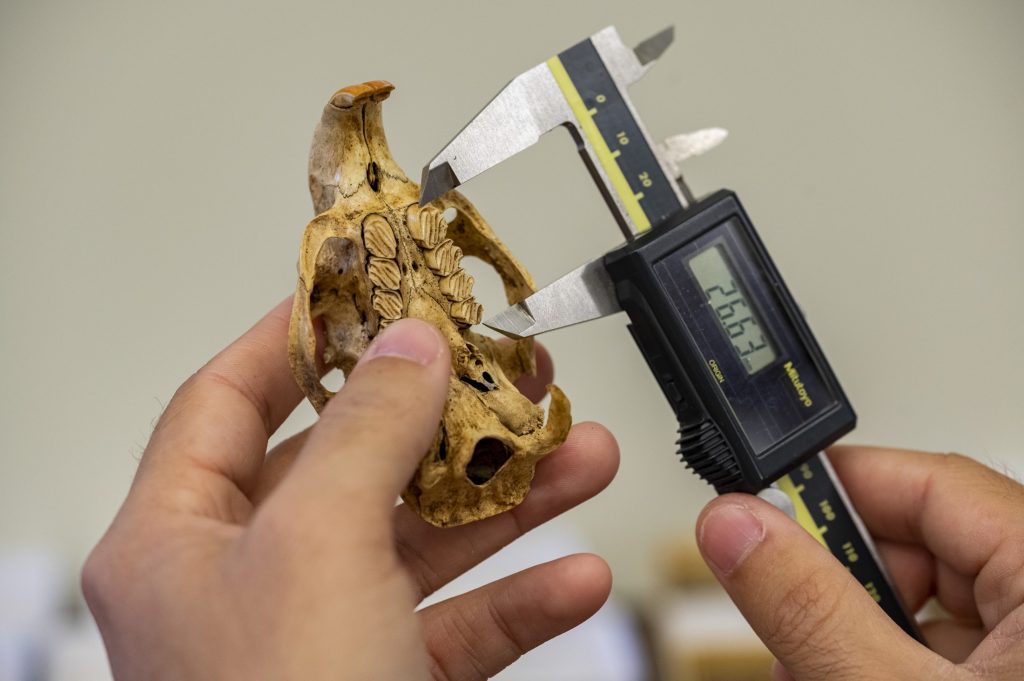 In addition to carbon dating the fossils, the study authors also wanted determine whether physical attributes like body size may have made Hispaniola’s rodents more vulnerable to extinction. 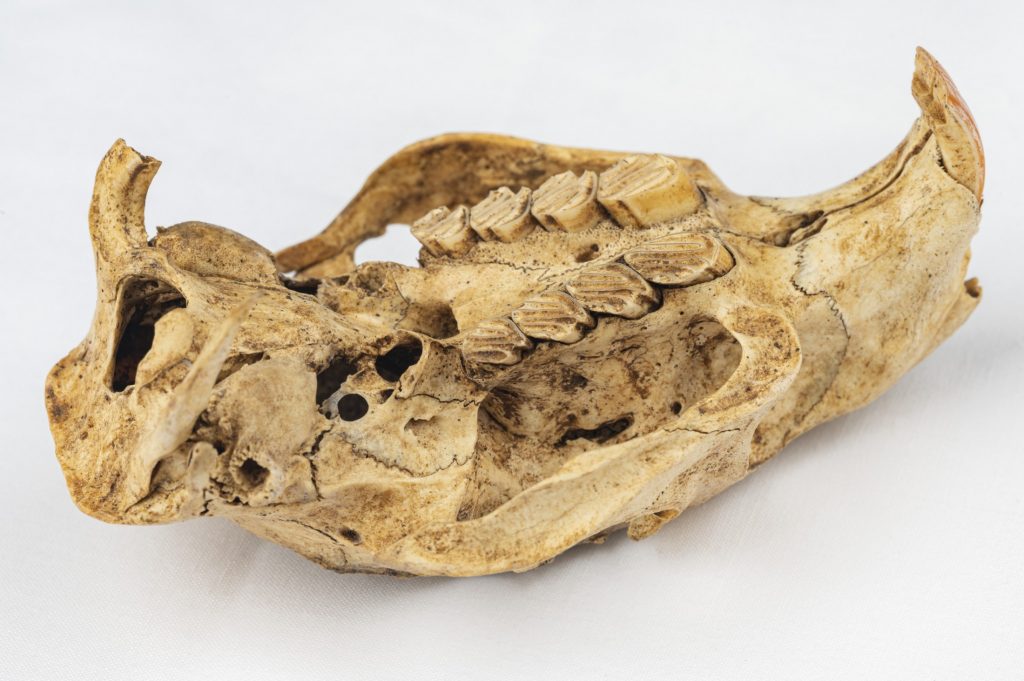 Hutias are large rodents that are only found in the Caribbean islands, a restricted range that left them cornered when their habitats were overrun with invasive species and their populations were overhunted.

Despite the preponderance of material available for study, radiocarbon dating on fossils collected in the tropics can be tricky business. The region’s high humidity, moisture and heat accelerates the degradation of collagen in the fossils needed to date them, leaving scientists with open questions about their antiquity.

“They mineralize and lose all organic material really quickly, so there are limitations to what you can date,” Lopez said.

The fossils used for this study, however, were excavated from caves and sinkholes, where they were sheltered from harsh conditions and safe from marauding scavengers. Sinkholes often act as traps for animals, which fall in and are unable to escape, while many of the bones found in caves were directly transported there by predators like the Hispaniolan giant barn owl (Tyto ostologa). These large predators declined alongside the hutias and may have succumbed to extinction when their food source disappeared.

Hutias and the biological communities they supported flourished on Hispaniola for nearly 20 million years, and it was previously unclear when they began to disappear. Early theories speculated that the species went extinct due to rapid climate change at the end of the ice ages in the late Pleistocene more than 10,000 years ago. More recent theories posit that the arrival of Indigenous people in the Caribbean and the later arrival of Europeans may have played a stronger role.

However, researchers have been unable to make an accurate estimate as to when Hispaniola’s rodents went extinct without knowing a “last appearance date,” or the age of the youngest specimen to have been discovered.

Prior to this study, researchers had only a handful of radiocarbon dates for hutia fossils on which to base their assumptions. Here, the authors add carbon dates for an additional six species, all of which survived the period of climate change originally theorized to have done them in.

This directly implicates humans in their disappearance.

It is estimated that the first humans arrived on Hispaniola somewhere between 4,000 – 6,000 years ago. This lines up with a handful of older extinctions from the six dated species, including Rhizoplagiodontia lemkei, which was determined to have died out less than 6,000 years ago.

Beginning roughly 3,000 years ago, another group of Indigenous people moved into the Caribbean from present-day Venezuela. These early islanders hunted hutias and even set up an inter-island exchange of the animals, but these practices seem to have been carried out sustainably.

Instead, European colonization appears to have been the main cause of hutia decline. Radiocarbon dates indicate that seven species went extinct within the last 2,000 years. Of these, at least three coincided with the arrival of Europeans.

Lopez suspects that gradual habitat destruction, rising human population numbers, and the introduction of invasive species eventually led to the demise of hutias along with several other mammal and bird species.

“When Europeans came to the island they brought several animals with them, like rats, dogs and cats,” he said. “Is it possible that these species went extinct because of competition with these new animals? That’s just one of the questions we can ask now because of this study.”

According to Lopez, the results serve as a jumping-off point for many future studies into Caribbean rodents.

“We are just scratching the surface,” he explained. “Right now, we only have nine new biometric dates. Imagine what we could do with 20, or even 50 dates. With a more detailed chronology, we can start to theorize about the past relationships between these species and the humans on the island.”

Juan Almonte Milán of the Museo Nacional de Historia Natural and Jonathan Bloch and Michelle LeFebvre of the Florida Museum of Natural History are also co-authors of the paper.

Funding for the study was provided in part by the American Society of Mammalogists and the Florida Museum of Natural History.