An international team of researchers has outlined a plan for how to measure changes in key traits of animals and plants and provide these data to policymakers to improve natural resource management and keep nations on track to meet global biodiversity and sustainability goals.

Monitoring species traits – characteristics such as body size and behaviors such as migration patterns – can help researchers determine how animals and plants are responding to a rapidly transforming, human-dominated planet, highlighting species under threat from climate change, habitat loss, disease and other dangers.

Having this information in hand can empower policymakers to make strategic decisions that not only ensure species survive and flourish, but also meet staple human needs, such as food security, managing invasive species or mitigating the effects of climate change, said study senior author Rob Guralnick, associate curator of biodiversity informatics at the Florida Museum of Natural History. 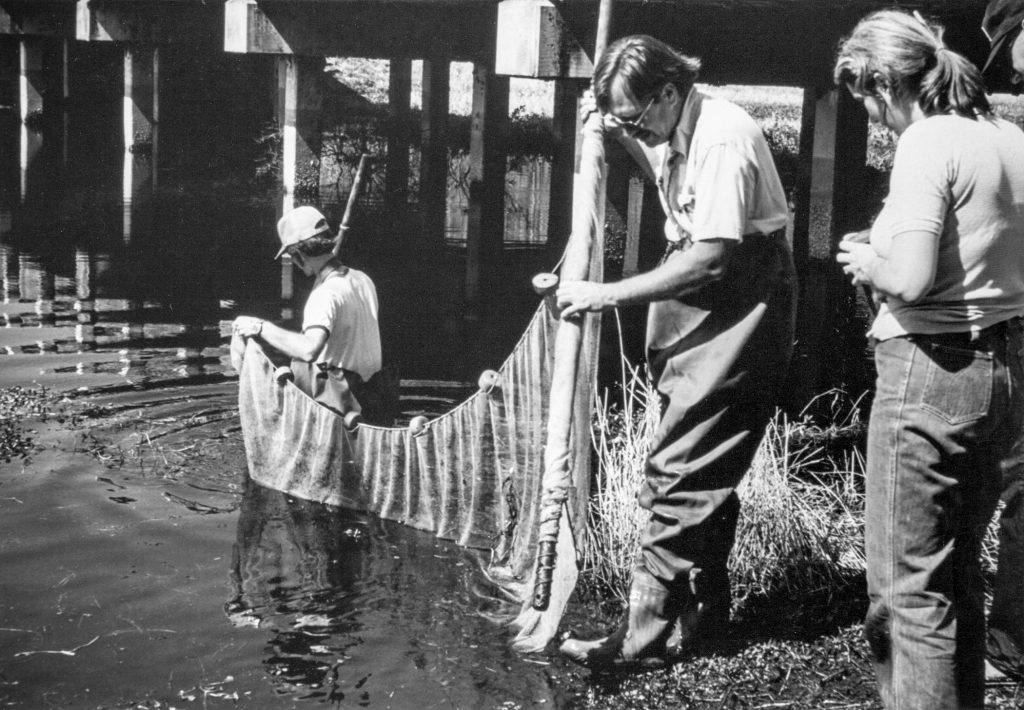 Data scientists are tackling the challenge of aggregating species trait data from historical and modern sources and standardizing these data to provide policymakers with a clear view of how animals and plants are responding to shifts in their environment. 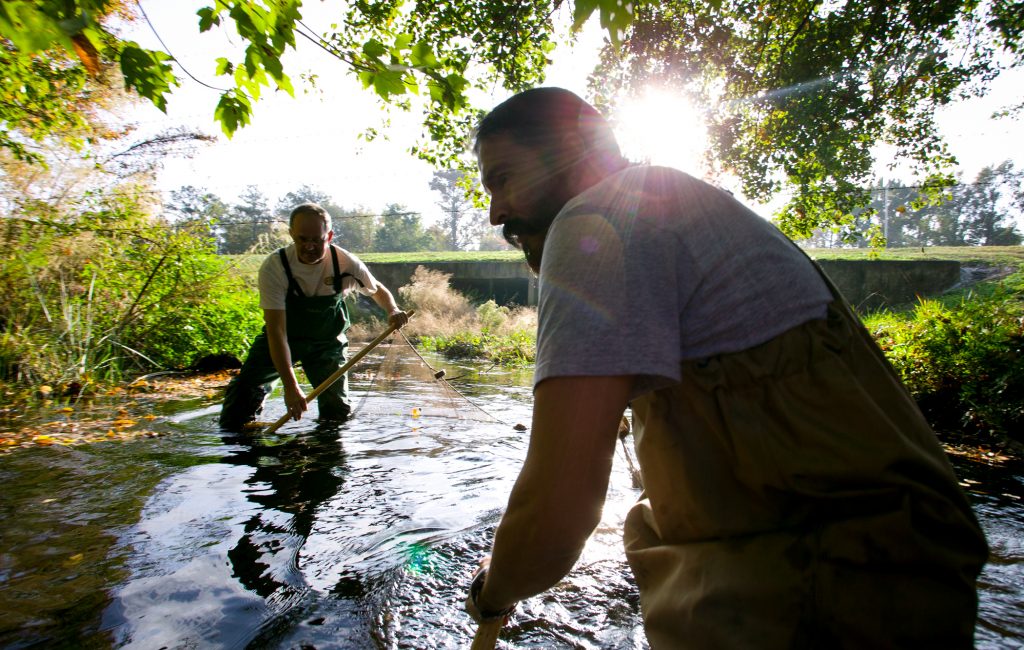 Scientists Larry Page, left, and Andre Lopez search for catfish. On-the-ground observations and remote sensing can help fill gaps in our understanding of biodiversity and how it is changing.

“What we sometimes don’t realize is that the characteristics of organisms are fundamentally linked to human needs and survival,” he said. “Our ability to create biodiversity data products is valuable both because of the science it enables and because it can help us make better decisions about managing our planetary resources for the long-term.”

Guralnick cited the overharvesting of large fish as one example of how species traits are directly linked to human well-being. Preferentially selecting bigger fish as food resources could lead to smaller fish populations – in terms of the number of fish available and their size as well.

“We could see a case where the biomass of the planet is effectively getting smaller over time,” he said. “That really has impacts on food security and how we’re going to manage that in the face of a growing population.”

Pinpointing which species traits to measure and standardizing how researchers collect and report these data marks a significant advancement in efforts by the Group on Earth Observations Biodiversity Observation Network, or GEO BON, an international collaboration between scientists seeking to sync observation programs to produce a clear picture of Earth’s biodiversity. “Species traits” is one of six classes in GEO BON’s framework for assessing progress toward national and international policy goals, including the United Nations’ Aichi Biodiversity Targets and Sustainable Development Goals for 2030. But while other classes have been well defined, species traits and how to monitor them have remained vague.

Guralnick and the study’s first author Daniel Kissling, both of whom co-chair GEO BON’s data task force, led a team of data ecologists and scientists to refine trait categories and produce a step-by-step workflow for how they can be measured in ways that directly link to policy goals.

They defined species traits as any physical, physiological, reproductive, behavioral, or time- or season-sensitive characteristic of an animal or plant species.

“Traits are not just things like body shape and size. They also include factors like when plants flower or when leaves appear,” Guralnick said. “Some of these are really sensitive to global climate changes. Building systems that allow us to understand how traits are responding to these shifts is critical because traits really drive how ecosystems work and what services they provide to us as humans.” 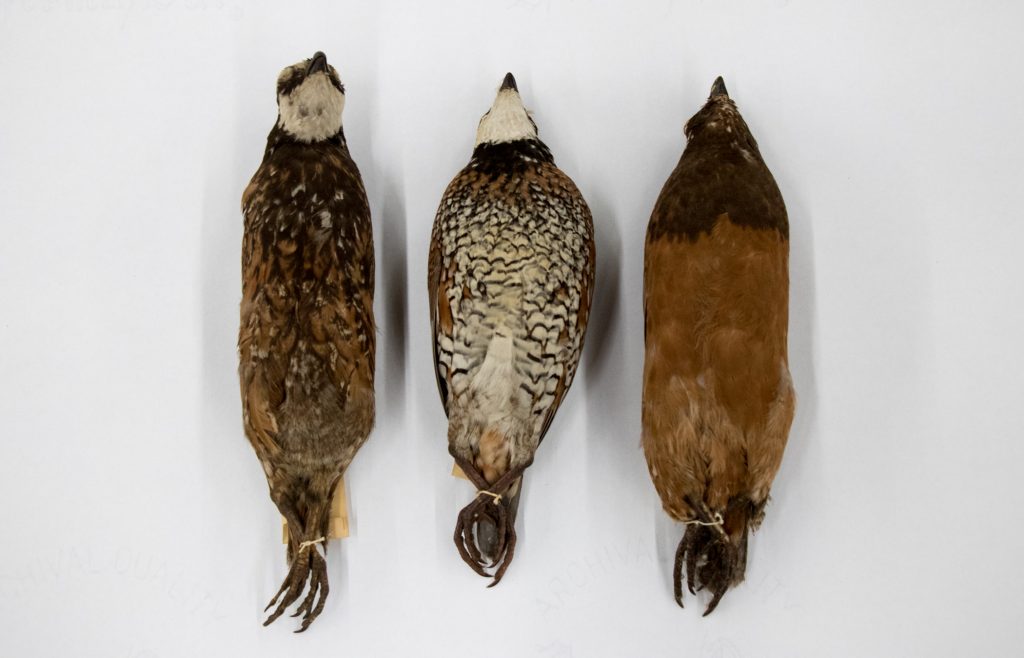 Museum specimens can provide historical baseline data for many species traits. These birds represent three subspecies of the northern bobwhite quail, Colinus virginianus. They are native to Cuba, from left, Florida and southern Mexico. 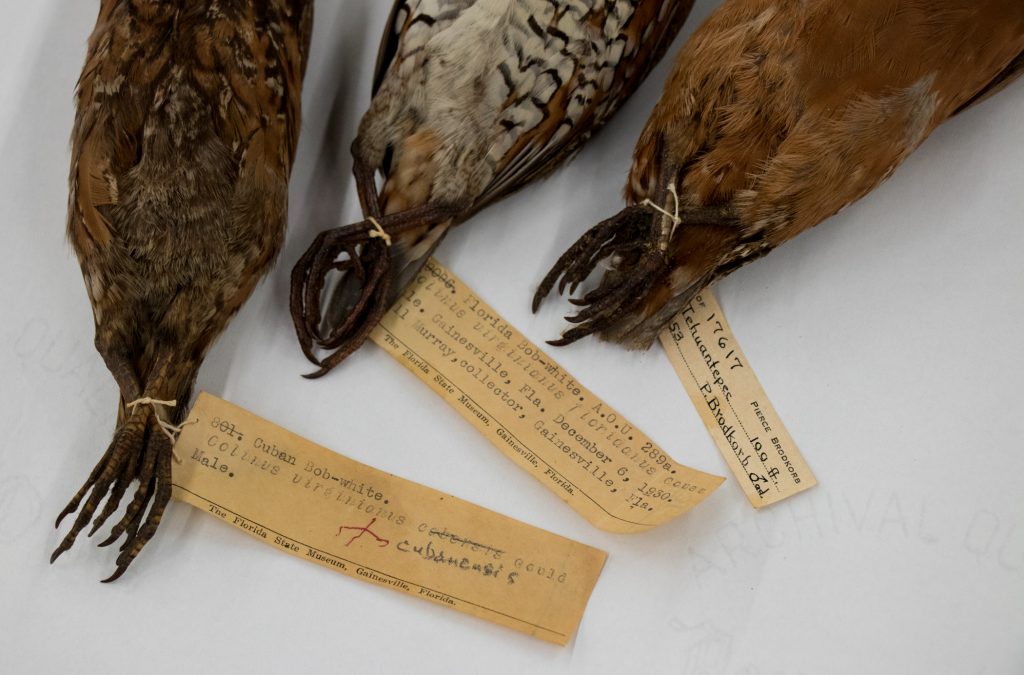 Museums have been at the forefront of data digitization efforts, which include transcribing handwritten and typed specimen label information into open-access digital databases. 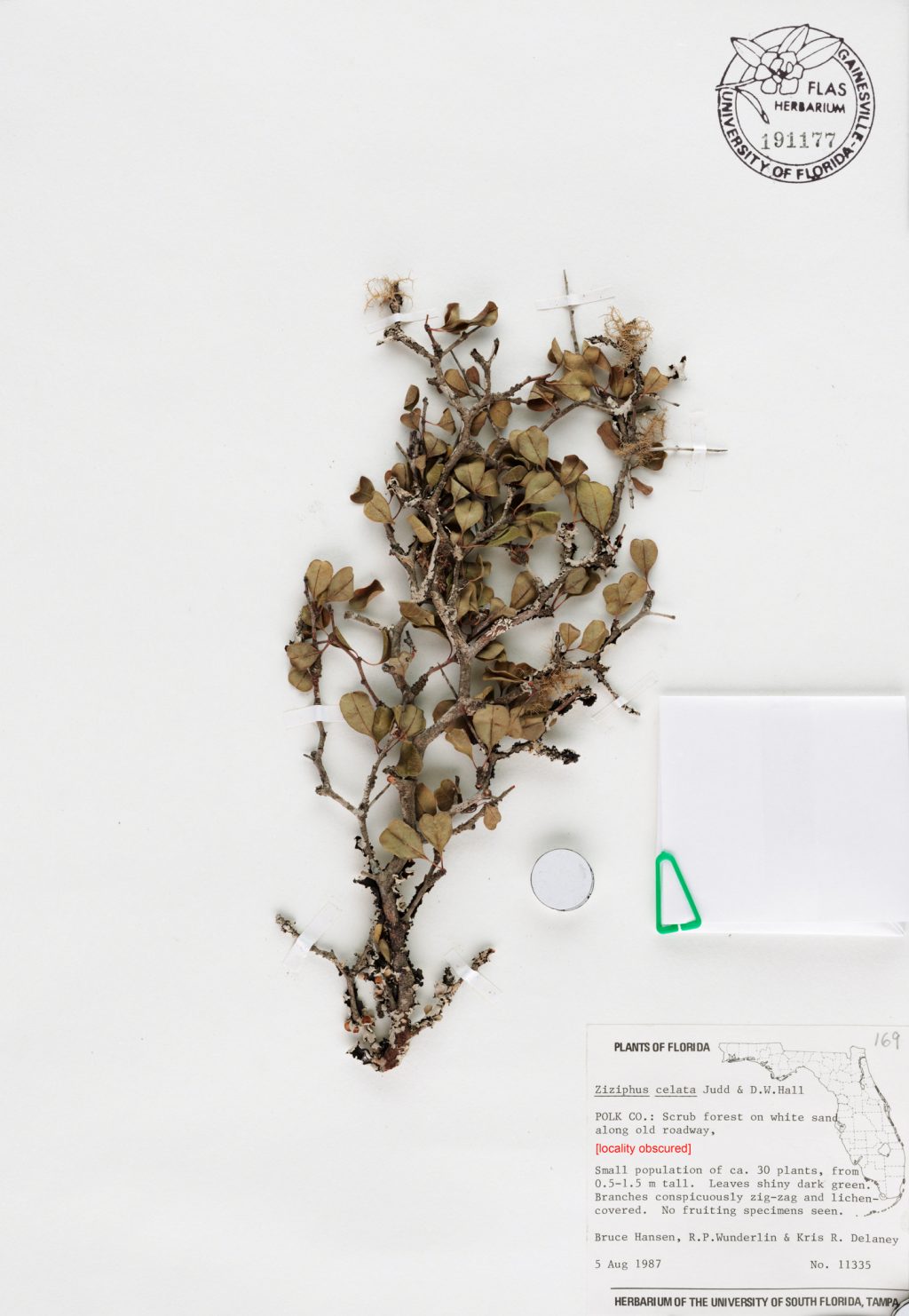 Understanding when plants produce leaves and flowers is crucial to determining how they are responding to climate change. The Florida jujube plant, Ziziphus celata, was thought extinct until a few populations were rediscovered in 1987. It remains critically endangered. 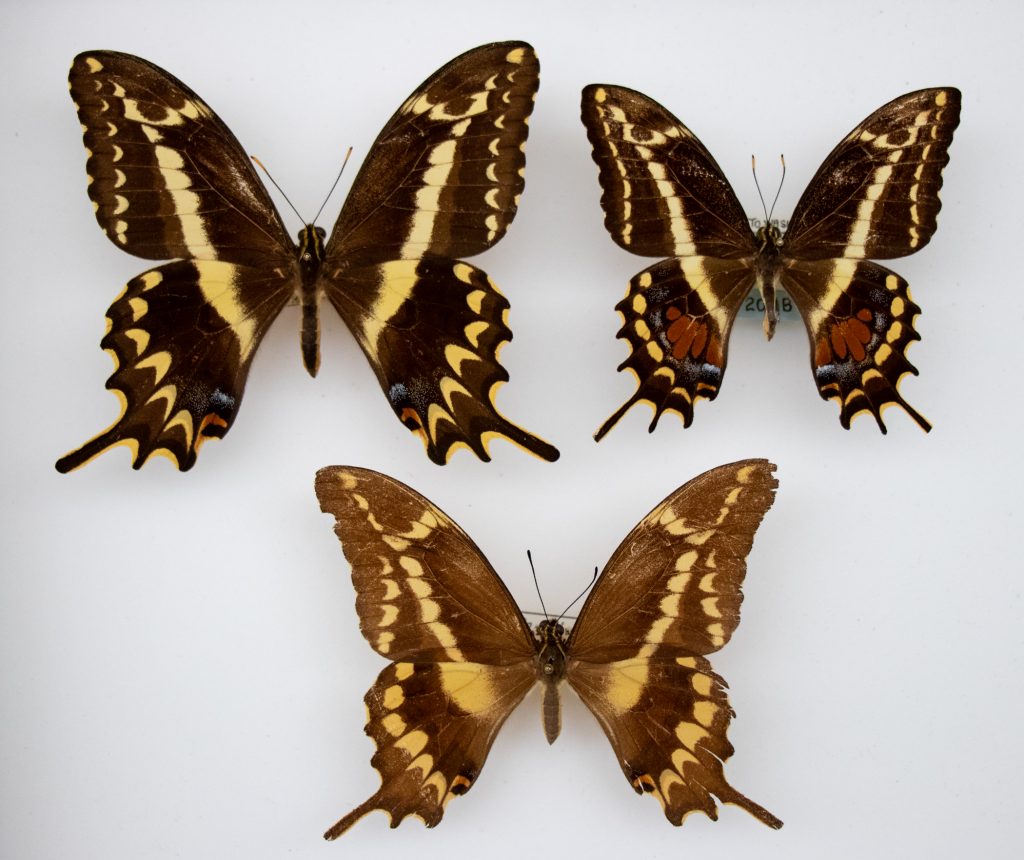 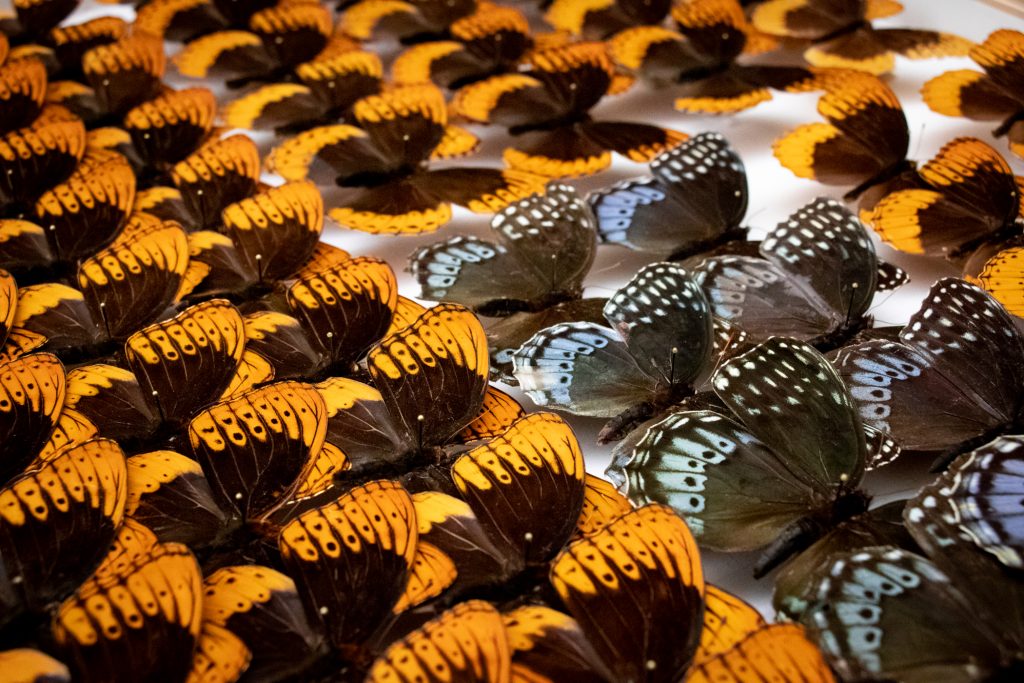 Physical characteristics, or morphology, can differ strikingly within species. These Diana fritillaries, Speyeria diana, offer an example of sexual dimorphism, or differing appearances in males and females. The female butterflies are blue, while males are orange. 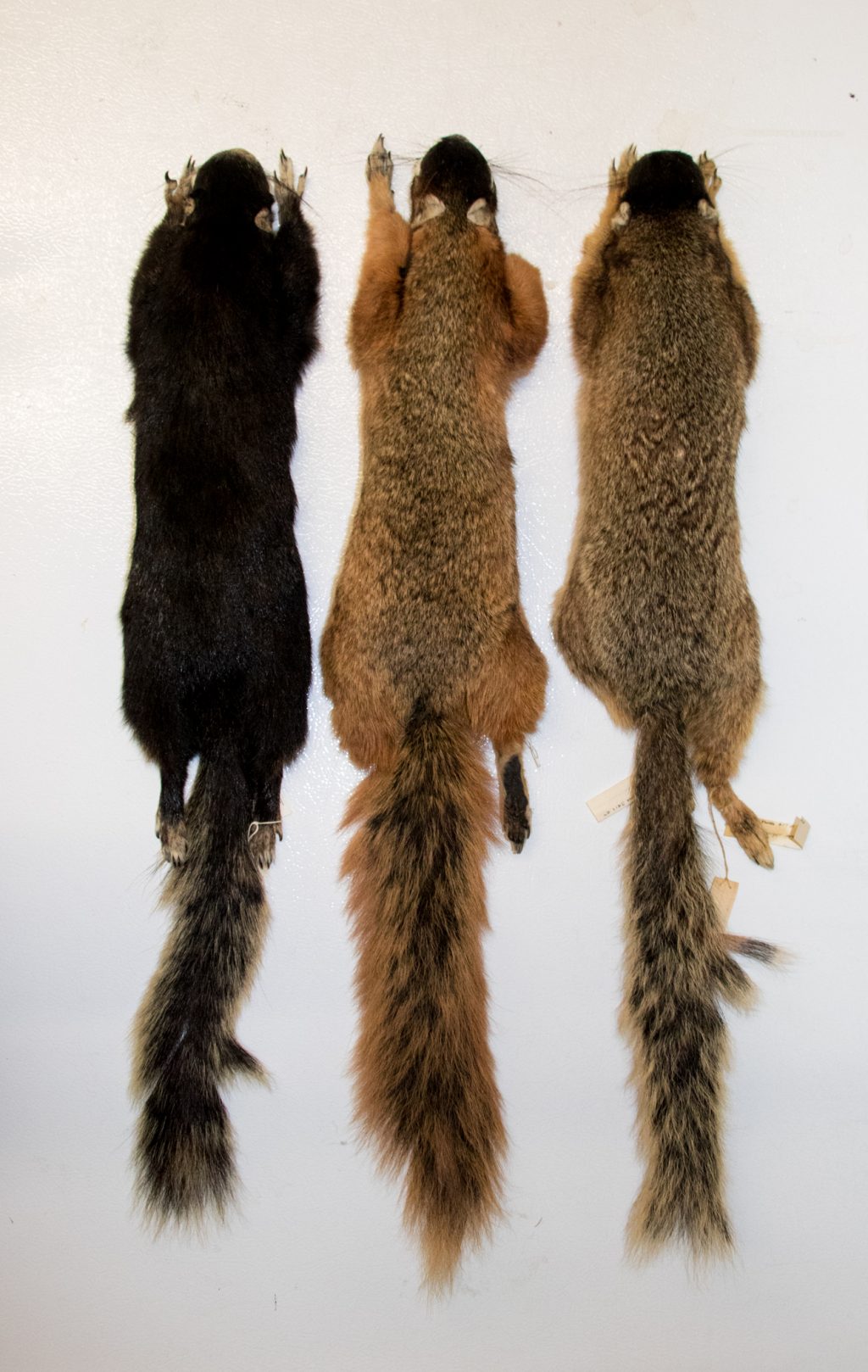 These fox squirrels represent two subspecies of Sciurus niger. The specimens on the left and in the middle are Sciurus niger avicennia, a threatened subspecies that lives in southwestern Florida, and the specimen on the right is Sciurus niger shermani, a native of Florida and Georgia.

One major challenge of successfully building these data systems is standardizing the ways in which traits are monitored and how those data are reported.

“Instead of having everyone measuring a bunch of things in different ways and trying to draw different conclusions, we have to build a system for monitoring the planet’s biodiversity in a way that coordinates efforts and creates standards for how those data get to people who make decisions,” he said.

Creating a global network that takes the pulse of life on Earth might sound like an impossible feat, but Guralnick pointed to the climate science community as an example of a group that tackled similar, outsized obstacles and succeeded. He sees the global-scale collaborations that united climate scientists to collect, share and standardize data to yield highly precise models and forecasts as comparable to what GEO BON’s biodiversity monitoring efforts aim to achieve.

The team outlines a workflow that combines trait data from natural history collections, observations on the ground and remote sensing from air and space – in which data resolution is nearly to the point where researchers can measure indicators of health in an individual tree.

“We know that forests are declining globally, and there are monitoring systems that can tell us the rate of forest loss per year or per month,” he said. “What if we were able to do the same kind of thing for how body size change is happening in fish populations across the globe in response to harvesting? Those are the kinds of models we want to be able to produce.”

Still, not every species can be monitored, and researchers will have to make choices about which measurements will be most relevant to scientific and societal needs, said Guralnick, who described Earth observation as a “triage enterprise.”

Understanding the human aspects of conservation decision-making is a primary reason GEO BON has incorporated UN policy goals into its biodiversity monitoring efforts, he said.

“This is a social challenge as much as a technical or scientific one,” Guralnick said. “We can’t address environmental sustainability challenges unless we know what problems people are trying to solve at local, regional, national and global levels. Doing this to deliver something that no one is asking for would not be a great idea.”

Guralnick foresees a long road ahead – even on the data collection side – to building global biodiversity monitoring systems that coalesce and communicate data in a way that smoothly translates into policy. But he remains optimistic, in part because of the staggering advances in number, size and availability of biodiversity databases, such as iDigBio, in recent decades.

“The number of data resources that have proliferated in the last 30 years is just enormous. It’s a sea change,” he said.

Data collection and standardization are familiar challenges to natural history museums, which Guralnick sees as key players in the project. Museums are repositories for millions of physical specimens that provide historical baseline data for species traits and are also at the forefront of capturing some of these data in new ways through digitization and CT scanning.

“As a museum, we’re going to be a part of this discussion around collections and our connections to the broader world for decades,” he said. “That’s awesome. That’s just where we should be.”

The team published its proposal in Nature Ecology and Evolution.

The work was funded in part by the European Union’s Horizon 2020 research and innovation program.

Learn more about the Guralnick Lab at the Florida Museum.