by Natalie van Hoose • July 6, 2020
The tropics are the birthplace of most rosids, a massive group of flowering plants that includes this hibiscus, a member of the mallow family. But researchers found new rosid species are evolving in temperate zones twice as quickly as the tropics, a finding that challenges a longstanding hypothesis. Florida Museum photo by Kristen Grace

In a surprise twist, a major group of flowering plants is evolving twice as quickly in temperate zones as the tropics. The finding runs counter to a long-held hypothesis that tropical regions, home to the planet’s richest biological diversity, outpace their temperate counterparts in producing new species.

The tropics are the birthplace of most species of rosids, a group that makes up more than a quarter of flowering plants, ranging from mangroves to roses to oaks. But in an analysis of about 20,000 rosid species, researchers found the speed of tropical rosid evolution lags far behind that of younger communities in temperate habitats.

Although rosids originated 93-115 million years ago, the rate at which the group diversified, or formed new species, dramatically increased over the last 15 million years, a period of global cooling and expanding temperate habitats. Today, rosids are diversifying far faster in places such as the southeastern U.S. than in equatorial rainforests, said study co-lead author Ryan Folk, assistant professor of biological sciences and herbarium curator at Mississippi State University.

“Everyone knows about the diversity of tropical rainforests. You would assume all the action in evolution is happening in them,” said Folk, formerly a postdoctoral researcher at the Florida Museum of Natural History. “But we found out that it is really the temperate regions of the Earth – really our own backyards – where a lot of the recent action is taking place.”

Charles Darwin once described the speed with which the earliest flowering plants evolved and spread across the planet as an “abominable mystery.” Scientists are still tracing the driving forces behind these plants’ runaway evolutionary success, with temperature emerging as a complex factor: Some studies have shown that flower evolution accelerates in warmer regions while others point to cooler climates. Research on higher and lower latitudes’ influence on plant diversification produced similarly conflicting findings.

A team of evolutionary biologists selected rosids as the candidates for a closer look at the relationship between temperature and plant diversity in the first large-scale assessment of the group’s evolution. Comprising an estimated 90,000-120,000 species, rosids live in nearly all land-based habitats, with rosid trees shaping most temperate and many tropical forests, said study co-author Douglas Soltis, Florida Museum curator and University of Florida distinguished professor.

“To me that was one of the biggest terrestrial evolutionary events – the rise of the rosid-dominated forests,” he said. “Other lineages, such as amphibians, insects and ferns, diversified in the shadow of rosids.” 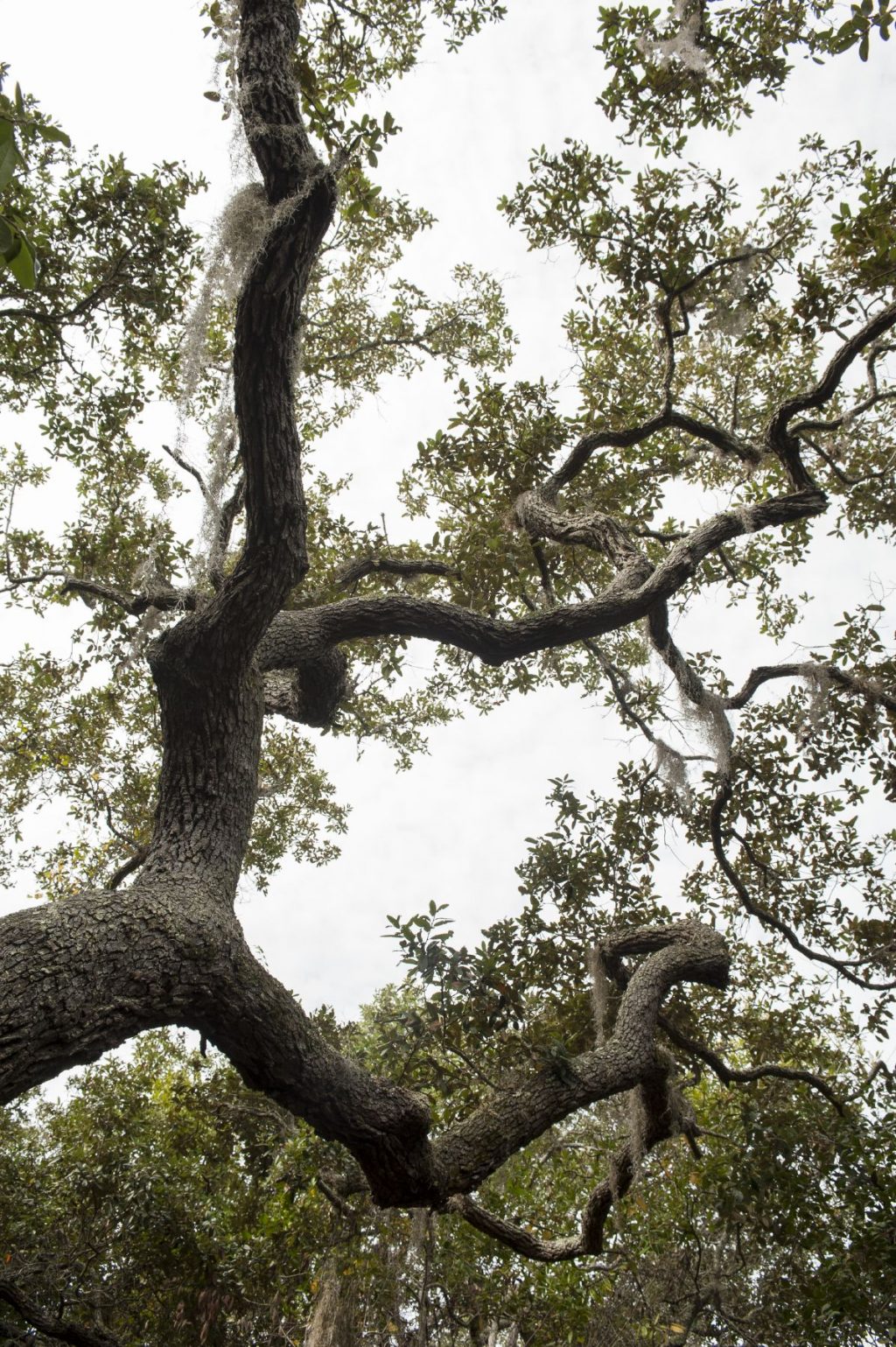 Today, most temperate forests are dominated by rosid trees, such as oaks, maples and birches, and many tropical forests are shaped by rosid trees as well. These forests changed Earth’s landscape, powering the rise of many other lineages such as amphibians, insects and ferns. 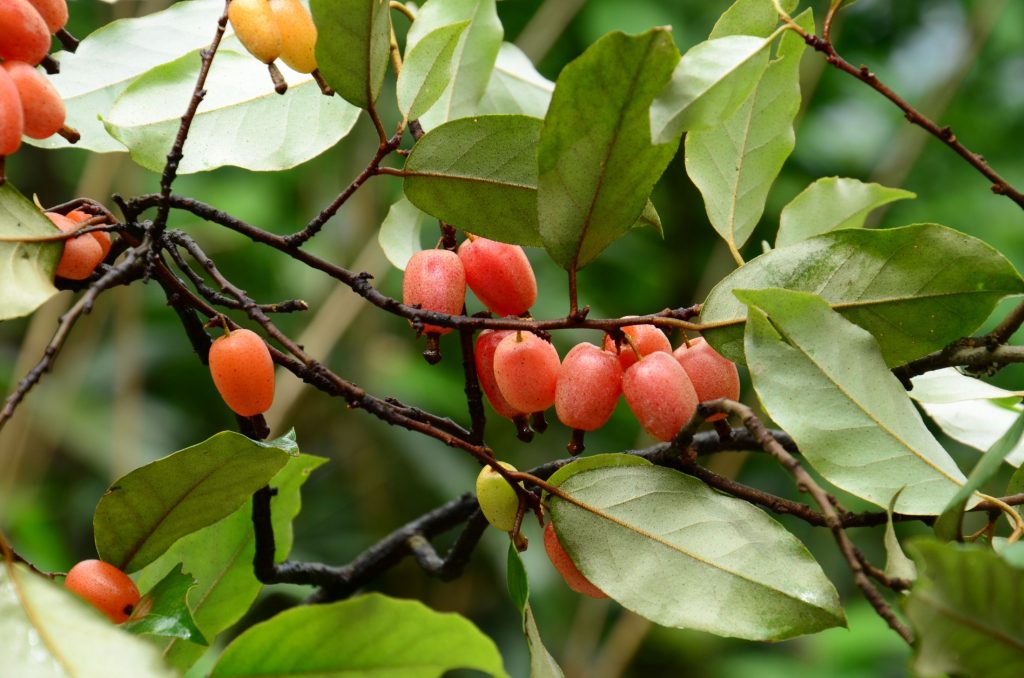 Elaeagnus difficilis belongs to a genus commonly known as silverberry or oleaster. The vast majority of species in this genus are native to Asia’s temperate and subtropical regions. 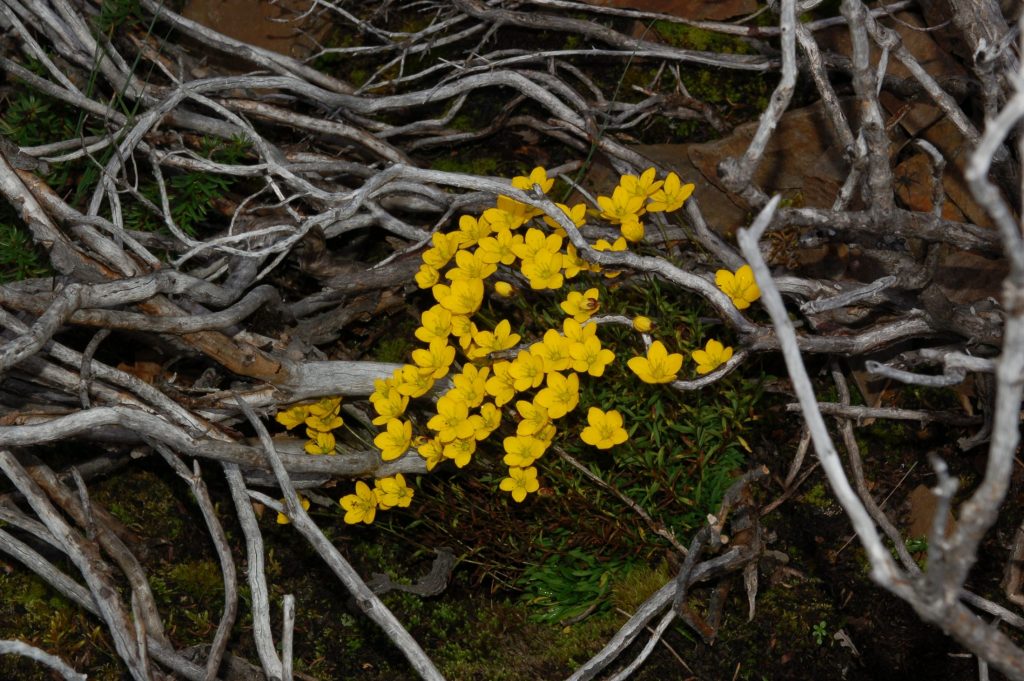 This yellow flowering plant belongs to the genus Sibbaldia, a group of rosids that can be found in polar regions, including the Arctic. Most Sibbaldia species are found in the Himalayas.

The team’s study shows rosids evolved by leaps and bounds after the Earth’s hothouse climate began to cool and dry and as many tropical and subtropical habitats transformed into temperate ones – offering new real estate for evolutionarily enterprising organisms.

The diversity of tropical regions, in contrast, is not due to evolutionary mechanisms, but rather stability: Folk said tropical plant communities have “simply failed to go extinct, so to speak.”

The findings echo a similar pattern the team uncovered in another group of plants known as Saxifragales, but the researchers are cautious about making conjectures on whether the pattern holds true for other plants or animals.

“It’s difficult to say there is a universal pattern for how life responds to temperature,” said study co-lead author Miao Sun, a postdoctoral researcher at Denmark’s Aarhus University and a former Florida Museum postdoctoral researcher. “On the other hand, there seems to be a trend forming that, together with our study, shows a lower diversification rate in tropical regions compared with temperate zones. But it’s still hard to tell to what extent this pattern is true across the tree of life.” 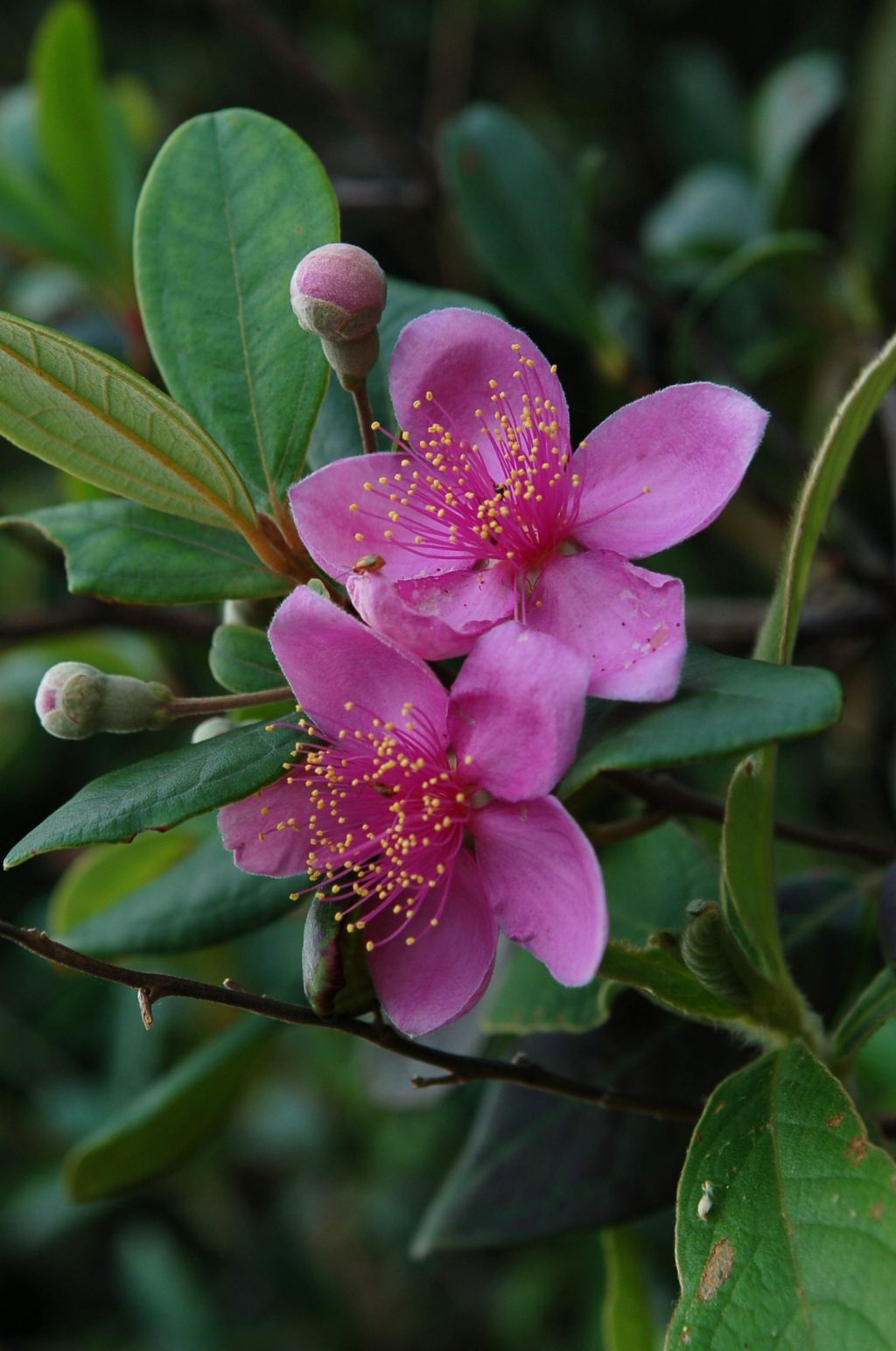 Rose myrtle, Rhodomyrtus tomentosa, is a rosid species that flourishes in the forests, wetlands and coasts of southern and southeastern Asia. 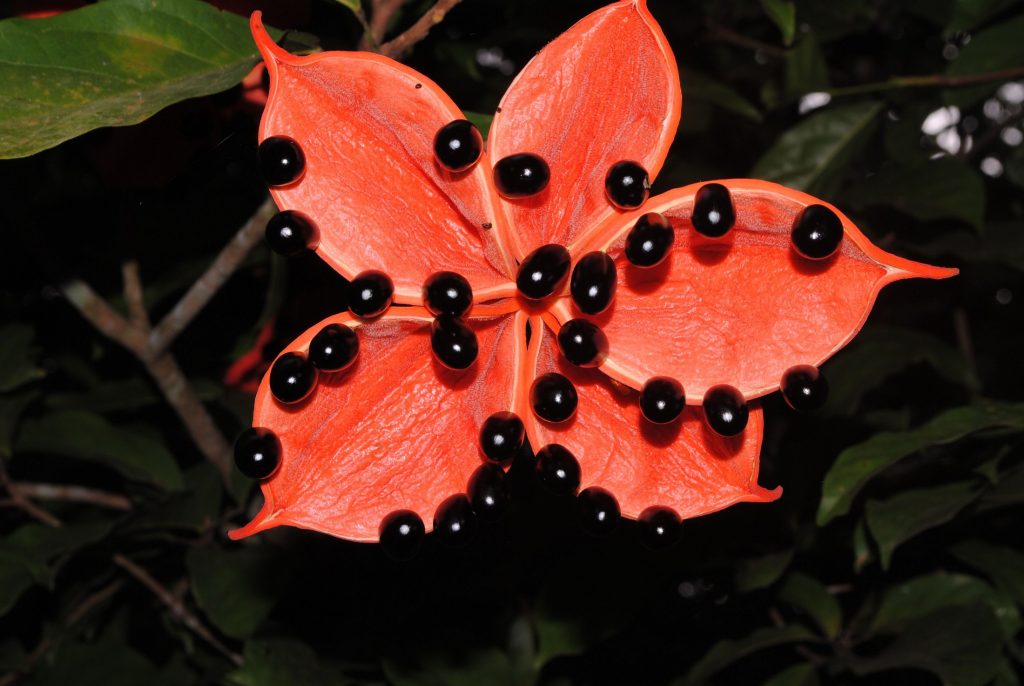 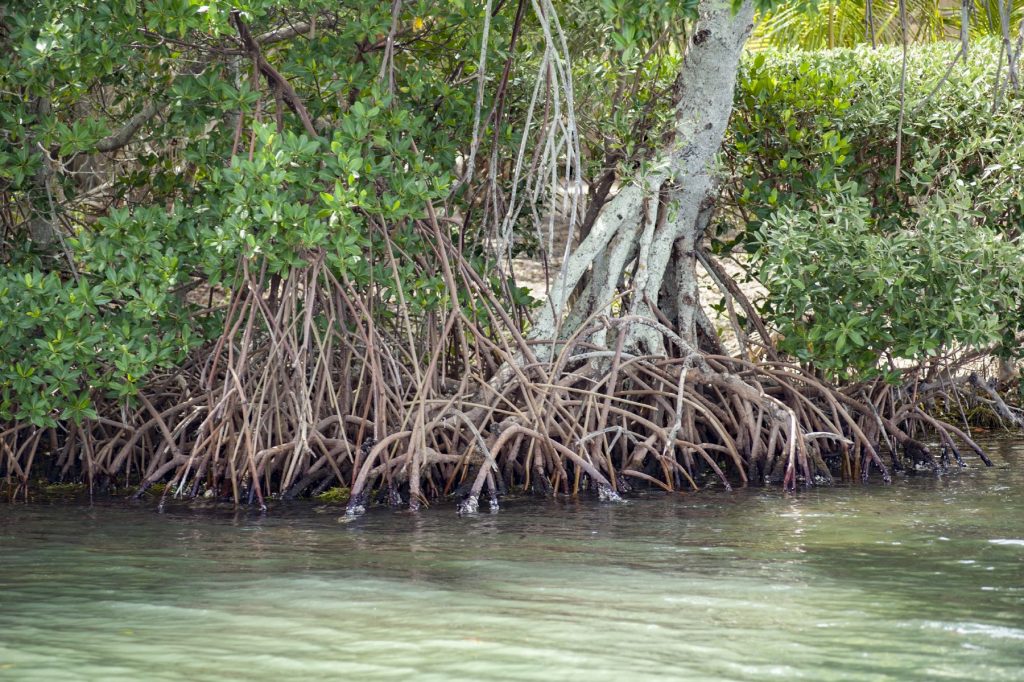 If cooling temperature spurred rosid diversification, how might the group fare on a warming planet? The prognosis is not promising, the researchers said.

Rosids were able to fill cool ecological niches and now may not be able to adapt to a temperature hike, especially at the current rate of change, said study co-author Pamela Soltis, Florida Museum curator and UF distinguished professor.

“Warming temperatures will likely slow the rate of diversification, but even worse, we don’t expect species currently living in arctic or alpine areas to be able to respond to quickly warming temperatures,” she said. “The change is happening too rapidly, and we are already seeing species moving northward in the Northern Hemisphere or up mountains, with many more species facing extinction or already lost.”

The team used genetic data from GenBank and natural history databases such as iDigBio and the Global Biodiversity Information Facility to assemble DNA data for 20,000 species and 3 million plant occurrence records – one of the largest investigations of this nature to date.

“This work would have been impossible without natural history collections data,” said study co-lead and senior author Robert Guralnick, Florida Museum curator of bioinformatics. “Rosids are an enormously successful group of flowering plants. Look out your window, and you will see rosids. Those plants are there because of processes occurring over millions of years, and now we know something essential about why.”

The researchers published their findings in Nature Communications.

The Florida Museum’s Matthew Gitzendanner and Zhiduan Chen of the Chinese Academy of Sciences also co-authored the study.

Herbarium specimens provide snapshots of plants’ past, data for future