Florida Museum researcher Andrei Sourakov recently published a paper in the Journal of Natural History on his observations of the interactions between invasive brown anoles and luna moth caterpillars.

“Field-testing predator-prey interactions between invasive exotic brown anole lizards and sentinel larvae of the luna moth, Actias luna, suggests that late instars of this saturniid, and perhaps many other saturniids, are well defended by their spines and crochets against predation by lizards. However, Actias luna larvae remain vulnerable to anole predation until they reach about 3 cm in length.”

“In contrast, even relatively small caterpillars that are chemically defended, such as those of the io moth, Automeris io, and the monarch butterfly, Danaus plexippus, were shown to be well defended against anoles by their toxins. There is an obvious advantage for caterpillars to be chemically defended. However, there is also a tradeoff: Danaus plexippus are restricted to feeding on a relatively small group of plants, which limits resources and requires specialisation; in polyphagous Automeris io, the constant production of elaborate spines and toxin leads to prolonged larval development, which is at least twice as long as that of Actias luna, and exposes the caterpillars to mortality factors such as parasitism for a longer duration.” 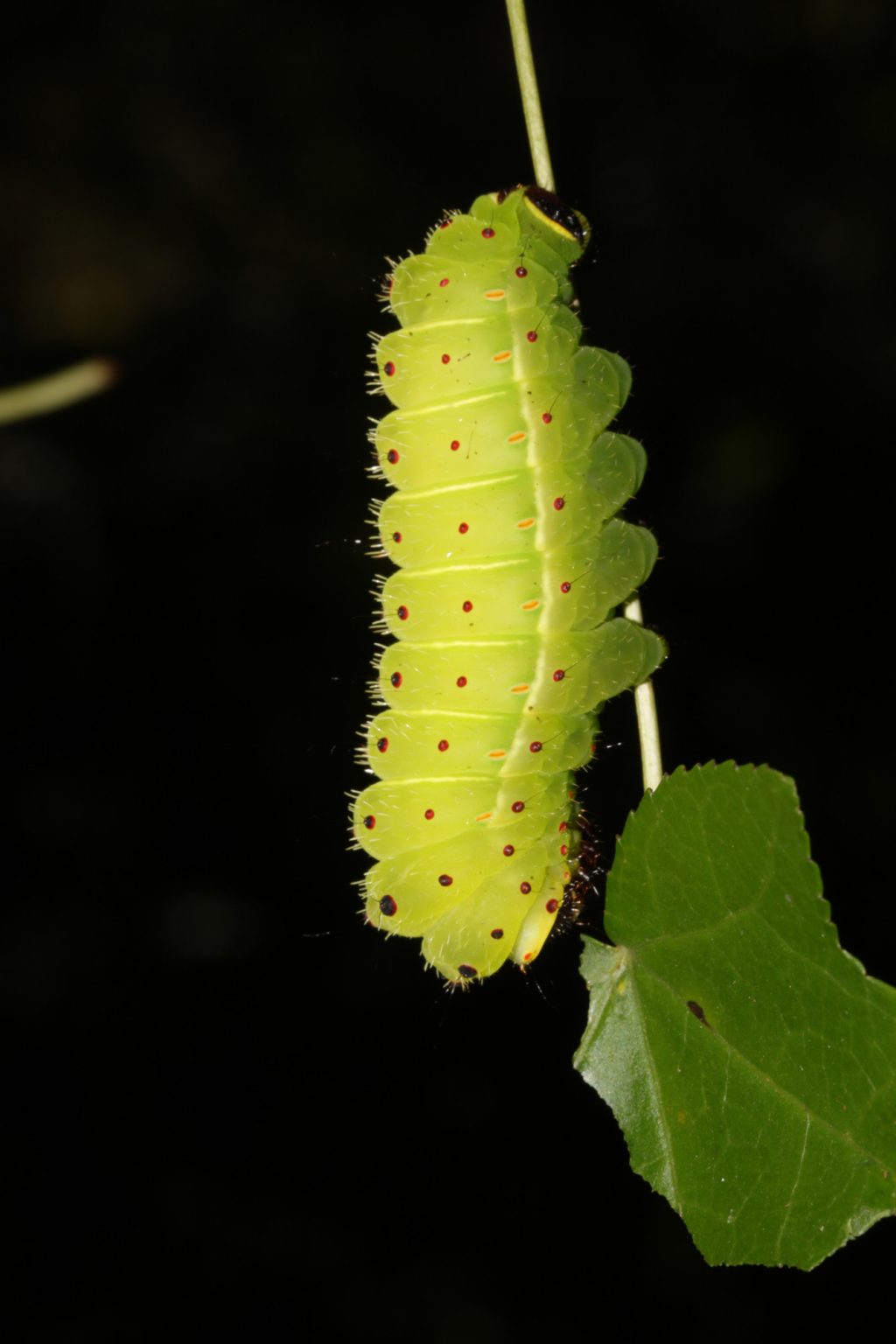 The rainbow of colors in this scan of a brown anole lizard shows varying muscle fiber orientations.