by Halle Marchese • December 7, 2020
Nihoa Island is the last refuge of a rare species of land snail, Endodonta christenseni. The first of its lineage to be described in more than a century, the snail makes its home in the island's native grassland habitat. Photo courtesy of G. Wallace for the American Bird Conservancy, CC BY-NC 2.0

The island of Nihoa, a slice of jagged rock that juts out of the Pacific Ocean, is the sole refuge for a rediscovered species of native Hawaiian land snail previously presumed to be extinct.

First recorded in 1923, Endodonta christenseni lacked a scientific name and description until now. It is likely the last remaining species in the Endodonta genus. The other 11 species were collected and described more than 100 years ago and today are known only from museum specimens. A team of researchers from the Bishop Museum and the Florida Museum of Natural History found the snail during a survey of more than 1,000 sites across the Hawaiian Islands.

Now the scientists warn that, without protections, the species could vanish within a decade, erasing a lineage that existed for millions of years and the stories it could tell. Giving E. christenseni a name is an essential first step to conserving its remaining population, the researchers said.

“This sort of work forms the foundation for all conservation efforts,” said lead author Kenneth Hayes, director of the Bishop Museum’s Pacific Center for Molecular Biodiversity, in a statement. “The gap in knowledge about biodiversity, which is especially severe for understudied and highly threatened groups like snails and insects, prevents effective research needed to inform conservation actions.”

Land snails in the Pacific islands have suffered more recorded extinctions in the last 400 years than any other group of animals, with declining numbers linked to habitat destruction, invasive predators and climate change. While Hawaii has lost more than half of its land snail species – once more than 750 species strong – researchers have recorded nearly 300 species widely assumed to have vanished long ago, including E. christenseni.

“The results from these extensive survey efforts give us hope that there are still many species left that can be saved,” said Norine Yeung, malacology curator at the Bishop Museum and a co-principal investigator of the study. “But we need to act quickly and decisively if we are to beat the extinction clock that ticks louder with each passing day.”

Museum records – ranging from the first collection of E. christenseni in 1923 to specimens dating to 1990 – enabled the team to perform targeted searches on Nihoa to see if the snail still existed, said John Slapcinsky, manager of the Florida Museum’s invertebrate zoology collection.

“Having those museum specimens allowed us to target specific areas and find these things again. Everything depends on prior knowledge,” he said.

Slapcinsky attributed the long gap between 1923 and the species description published this year to the scarcity of taxonomists who study land snails. 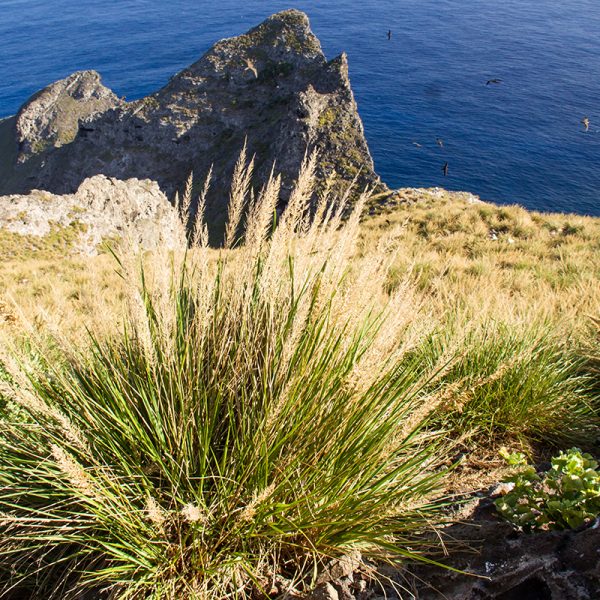 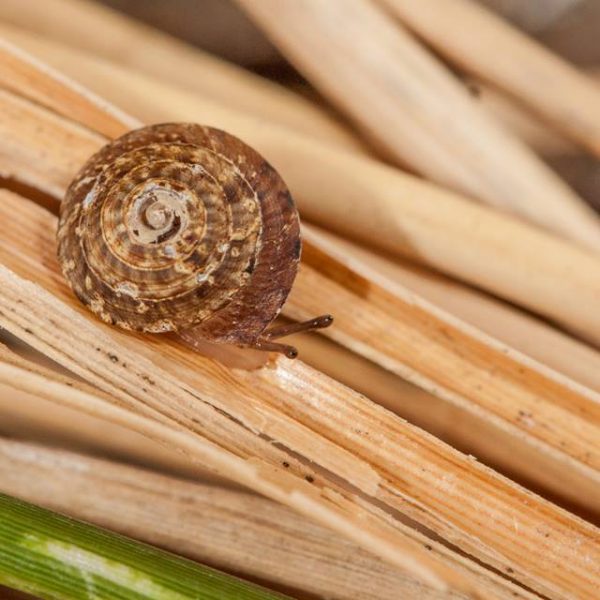 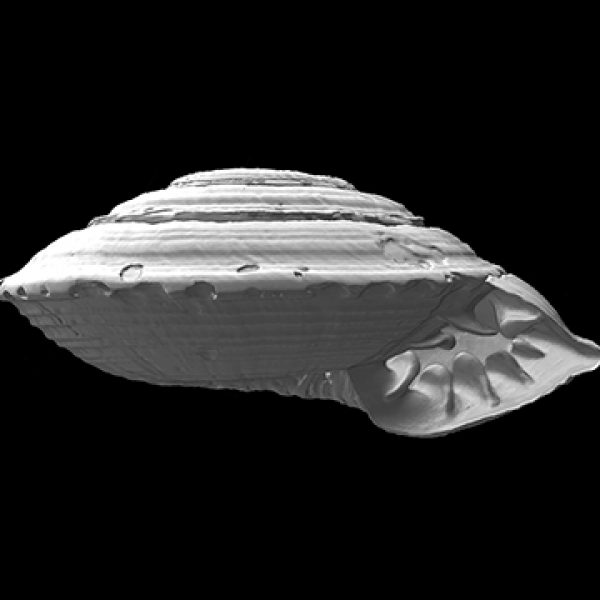 CT scanning enabled researchers to see the subtle ridges along the mouth of E. christenseni’s shell without having to destroy it. Slapcinsky said the technology is especially important for studying rare species.

E. christenseni is about the size of a pea and has tigerlike stripes. A ground dweller, it relies on the tussocks of variable lovegrass, another native Hawaiian species, for moisture and sustenance. Slapcinsky said it likely lives and reproduces in the “wonderful little habitat” in the plant’s moist center, feeding on fungal films that develop on dead blades of grass.

But the snail’s decline is also linked to its highly specialized lifestyle. Many lowland grass habitats in Hawaii have been replaced by exotic vegetation, and invasive species such as ants and rats are more prevalent in low-lying areas than at high altitudes. Although Nihoa is uninhabited, with visitation highly restricted by the U.S. Fish and Wildlife Service, the researchers said it remains vulnerable to human disturbances – threats only amplified by the island’s small size, where habitat disturbances can have long-term consequences.

Slapcinsky said the species has yet to recolonize two-thirds of the island ravaged by an out-of-control campfire in 1885. A network of factors – including exceptionally limited mobility, habitat specificity and slow reproduction – has likely prevented E. christenseni from re-expanding its range, he said.

The team hopes to incorporate the new species into the Hawaii Department of Land and Natural Resources’ Snail Extinction Prevention Program, through which captive breeding can help researchers measure species resilience in the wild. Although DNA samples from E. christenseni and related species will help the researchers trace its evolutionary relationships, a living population will enable them to answer key ecological questions about reproduction, diet and lifecycle, all of which can help inform species recovery plans, Slapcinsky said.

He added that rediscovering land snail populations is shedding light on how they can be conserved, signaling that not all is lost for the group.

“The picture is going from one that was really miserable and hopeless to one that’s a little less miserable, but hopeful,” he said. “In the recent past, things looked so bad that we were thinking pretty much everything’s gone. There wasn’t a lot of effort into conservation of many of the land snails, so by doing these surveys and finding some of these species that are still there, we have the ability now to save whole lineages.”

The name E. christenseni honors Bishop Museum scientist Carl Christensen, an expert on Pacific island land snails and an advocate for their conservation.

The study was published in the Bishop Museum Occasional Papers.

The National Science Foundation provided funding for this work.

Read about the first new species of a living Hawaiian land snail described in 60 years, another of the team’s projects.