The walking dead: Fossils on the move can distort patterns of mass extinctions

Using the fossil record to accurately estimate the timing and pace of past mass extinctions is no easy task, and a new study highlights how fossil evidence can produce a misleading picture if not interpreted with care.

Florida Museum of Natural History researchers used a series of 130-foot cores drilled from the Po Plain in northeastern Italy to test a thought experiment: Imagine catastrophe strikes the Adriatic Sea, swiftly wiping out modern marine life. Could this hypothetical mass extinction be reconstructed correctly from mollusks – hard-shelled animals such as oysters and mussels – preserved in these cores?

When they examined the cores, the results were “somewhat unnerving,” said Michal Kowalewski, Thompson Chair of Invertebrate Paleontology and the study’s principal investigator.

Paleontologists use the age of a species’ last-known fossil to estimate the timing of extinction. A sudden extinction in the Adriatic Sea today should leave the youngest remains of many mollusk species in the sediments currently forming on the shore and seabed, the “ground zero” of the hypothetical extinction event. But the team found only six of 119 mollusk species – all of which are still alive in the area – at the top of the cores. Instead, the last fossil examples of many of these species often appeared in clusters dotted throughout the cores, suggesting smaller bursts of extinctions over a longer timeline, not a single massive die-off. 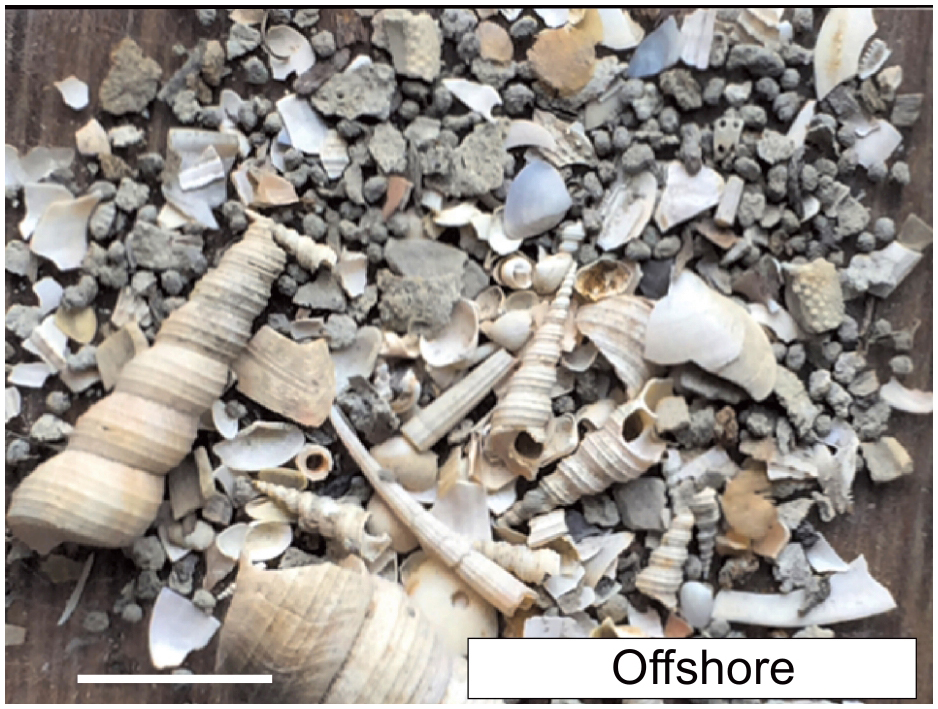 Researchers drilled four 130-foot-long cores in the Po coastal basin in northeastern Italy, two on the current coastline and two farther inland, and sieved the sediment for mollusks. This sample captures fossils typical of an offshore environment. 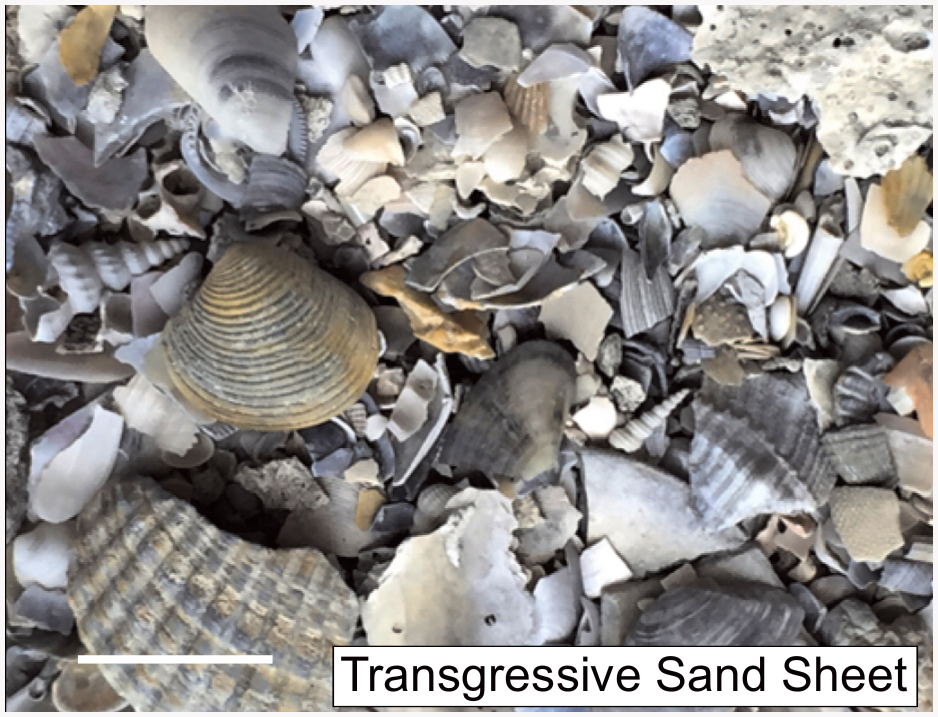 The team retrieved about 38,000 mollusk specimens from the cores, representing 119 species that are still alive today. Different depths in the same core revealed distinct marine environments with varying groups of mollusks. 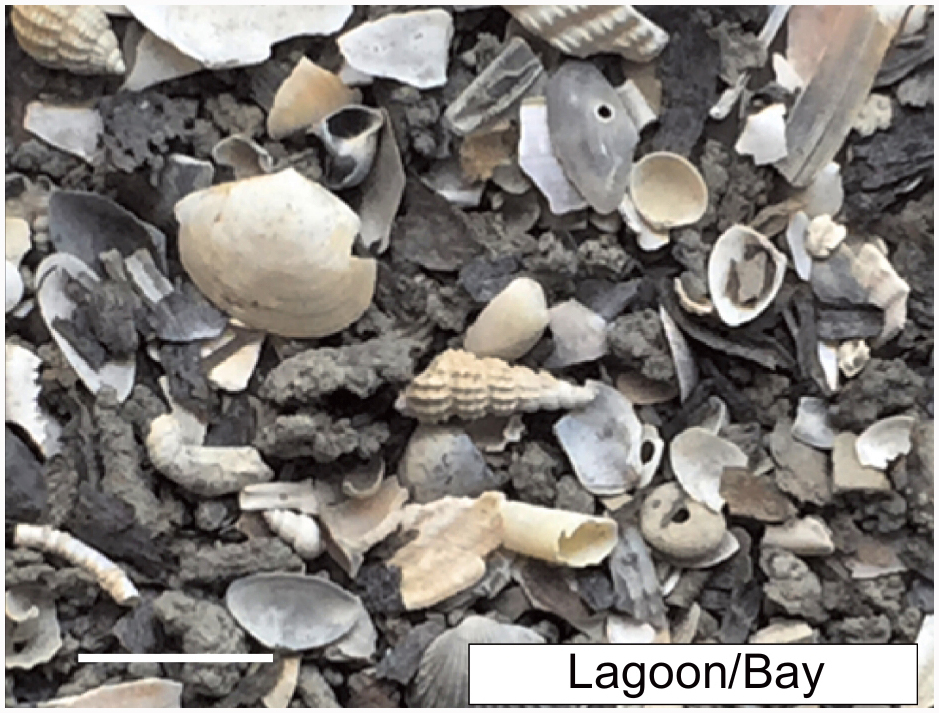 The mollusks in the cores presented a false extinction pattern, with last occurrences of certain species seemingly “vanishing” simultaneously from the fossil record at specific depths. The disappearance of these species coincides with shifts in marine environments.

Taken at face value, the cores presented a dramatically distorted record of both the timing and tempo of extinction, potentially calling into question some of the methods paleontologists commonly use to interpret past mass extinctions.

“We’re not saying you cannot study mass extinctions. You can,” Kowalewski said. “What we’re saying is that the nature of the geological record is complicated, so it is not trivial to decipher it correctly.”

The results of their analysis did not come as a complete surprise. Computer models designed by paleontologists Steven Holland and Mark Patzkowsky had made similar predictions about how the final resting place of fossils – influenced by species’ ecological preferences, sea level and the makeup of sedimentary basins – could skew patterns of mass extinction.

“This is to my knowledge, the first empirical study to use the fossil record of living species to test these models rigorously and computationally, rather than theoretically,” Kowalewski said. “We know these species are still living in the Adriatic Sea, so we can be sure that their disappearance from the fossil record does not represent a true extinction.”

Paleontologists have been grappling with the complications of interpreting mass extinctions in the fossil record for several decades. Even the extinction of the dinosaurs was thought to be a gradual, drawn-out process until evidence of a lethal meteor impact emerged in 1980. The problem is a phenomenon known as the Signor-Lipps effect: Because the fossil record is incompletely sampled, the last-known fossil of a given species is almost certainly not the last member of that species, which muddles our ability to date extinctions.

Applied on a larger scale, the Signor-Lipps effect can make abrupt mass extinctions appear gradual. A common approach to correct for this effect is to assume that where fossils end up – and are later discovered – is random, and mathematically adjust estimates of extinction timing accordingly.

But it’s more complicated than that, Kowalewski said, because the fossil record is not created in a random way.

Climatic cycles trigger changes in sea level, causing shorelines to advance or recede and driving changes in environments. A beach may become a mudflat, for example, or a delta can turn into a coastal plain. Shifts in sea level can also affect sedimentation rates – how quickly mud and sand are deposited. These factors can cause last occurrences of fossils to cluster together and influence the probability of finding fossils in a given location.

When the researchers reordered the species represented in the cores from the Po basin according to their last occurrence, they noted several points at which many species appeared to vanish simultaneously. In reality, none of the species had gone extinct. They disappeared from a given site either because local environmental conditions changed, or they were simply missed during the sampling, said Rafal Nawrot, the study’s first author and a postdoctoral researcher in invertebrate paleontology at the Florida Museum.

The cores also depicted a false pattern of extinction, with the majority of offshore species disappearing in a single large “pulse” in the lower part of the cores and shallow-water and brackish species fading out in several smaller pulses. This is because species followed their preferred habitats as they shifted with changing sea levels. Deeper-water dwellers vanished first, as the local river delta started to expand into the Adriatic Sea, replacing open sea with coastal conditions. When shorelines advanced even farther, shallow-water species disappeared as well.

“It’s important to admit that fossil species – just like modern ones – have specific ecological requirements, which sounds obvious but is not always acknowledged,” Nawrot said.

Current methods may give researchers the illusion of precision but fail to account for these factors, which are crucial to correctly interpreting past extinction events, he said.

“If you apply methods based on the assumption of random fossilization, you get a precise estimate, but it may be wrong by millions of years,” Nawrot said. “Not only the pattern of extinction but also the timing of extinction would be wrongly interpreted, so this is quite important.”

While the findings are sobering, the situation is far from hopeless, Kowalewski said. When the team incorporated methods that accounted for species’ ecological preferences, distribution and abundance into the analysis, the results were a much closer approximation of what exists in the basin today.

“This provides us with an initial guideline of how to analyze these types of data to get a more realistic assessment of extinction events,” Kowalewski said. “Certainly, this is a work in progress.”

The researchers published their findings in the Proceedings of the Royal Society B.