by Natalie van Hoose • February 17, 2017
Researchers collected this diverse array of Neotropical moths using a light trap. In the tropics, where moth diversity is great, conducting broad-scale DNA barcoding may be the only way to quickly describe diversity and identify species. Florida Museum photo by Kristen Grace

Take a look at this box of butterflies. How many species do you see?

You might be tempted to divide them into those with “tails” on the lower wings and those without. Or you might lean toward grouping them by color, parsing out the yellow from the blue or orange.

But all of these butterflies belong to the same species: Papilio dardanus, or the African swallowtail. The diversity of hues and shapes illustrates why classifying organisms based on external appearance alone can be problematic, particularly with butterflies.

Before the advent of genetic technology, however, biologists primarily relied on physical characteristics—or morphology—to classify organisms. The deceptiveness of butterfly wing patterns led scientists to begin dissecting specimens in the 1800s and studying more species-specific structures, such as genitalia. Nevertheless, morphology-based classification of butterflies often spawned competing lists of species and subspecies based on contradictory interpretations of physical characteristics and debates over what constituted a species.

DNA barcoding, a decade-old technique that matches a small snippet of genetic material with known species, has been a boon to scientists looking to resolve these tangles in butterfly classification, or taxonomy. One such scientist is Andrei Sourakov, collections coordinator at the McGuire Center for Lepidoptera and Biodiversity at the Florida Museum of Natural History.

Sourakov and colleagues at St. Petersburg State University in Russia and the University of Guelph in Canada recently published a tutorial on using DNA barcoding to bring order to taxonomic chaos. Their six-step approach combines barcoding with organisms’ morphology and geographic location, and while designed for butterflies, the system could also be used for a range of animals and plants, Sourakov said.

“These are exciting times for taxonomy because it not only encompasses traditional methods of collecting and morphological studies, but also modern techniques based on digital imaging, molecular biology, computer analysis and online databases,” he said. “The methods we outline can improve pre-existing species hypotheses and solve long-standing taxonomic problems.”

Sourakov and his fellow researchers developed the system while cleaning up the taxonomy of butterflies in the genus Parnassius, a notoriously complicated group with conflicting classification schemes. Their results showed a widely accepted classification of Parnassius butterflies needs significant revision. 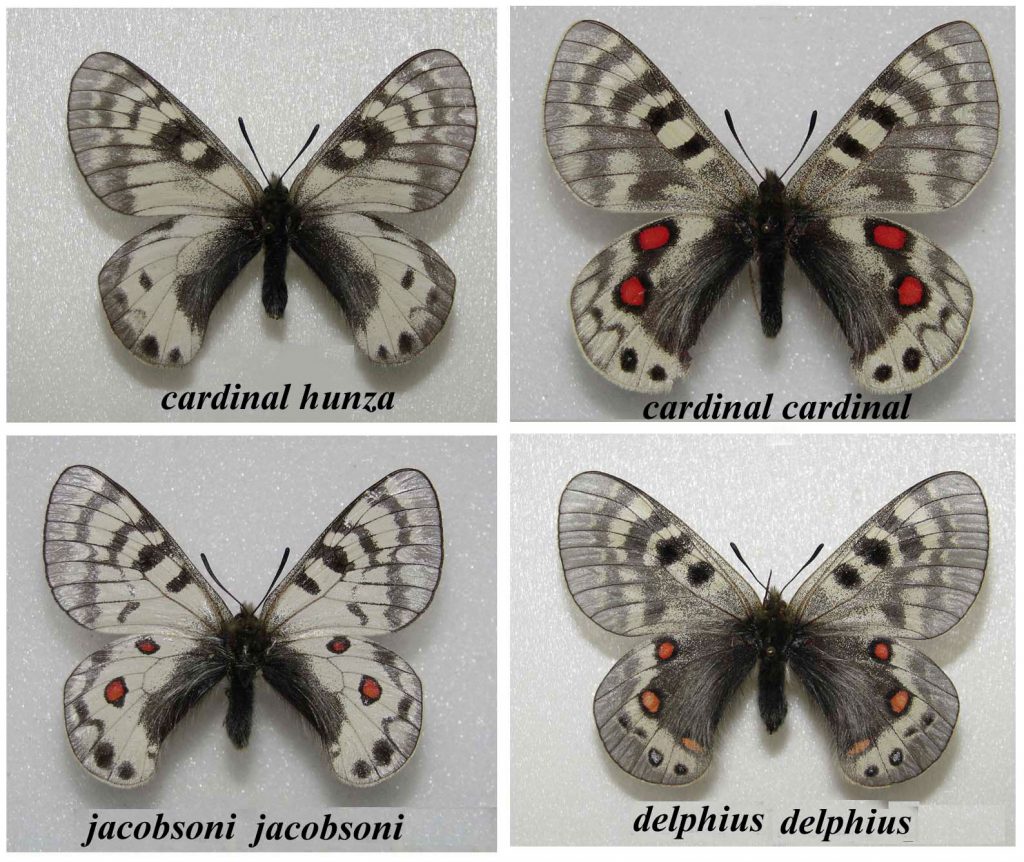 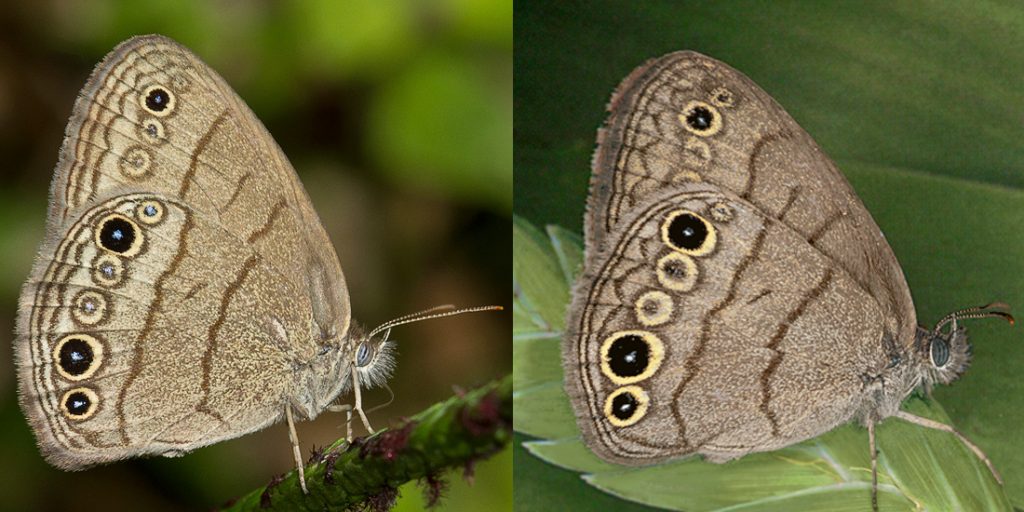 DNA barcoding has allowed scientists to uncover a treasure trove of “cryptic” species, Sourakov said. One example is the intricate satyr Hermeuptychia intricata (right), which flies with H. sosybius in the southeastern United States. Originally thought to be the same species, they were recognized as different species two years ago by using DNA barcoding. To read the full study, visit http://journals.fcla.edu/troplep/article/view/89733/86068 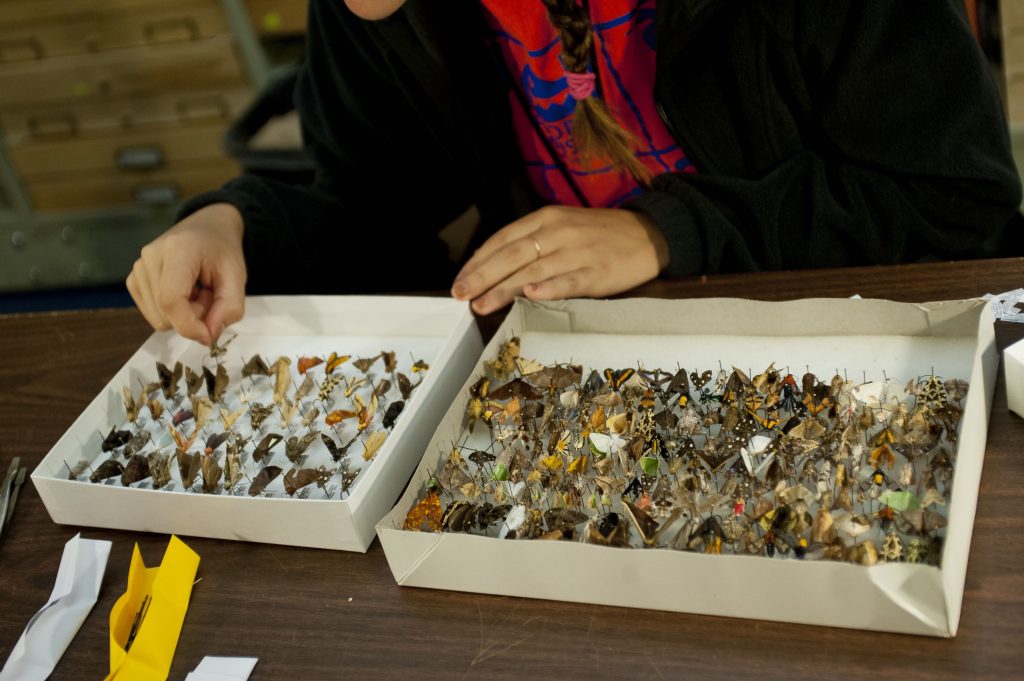 Researchers collected this diverse array of Neotropical moths using a light trap. In the tropics, where moth diversity is great, conducting broad-scale DNA barcoding may be the only way to quickly describe diversity and identify species. 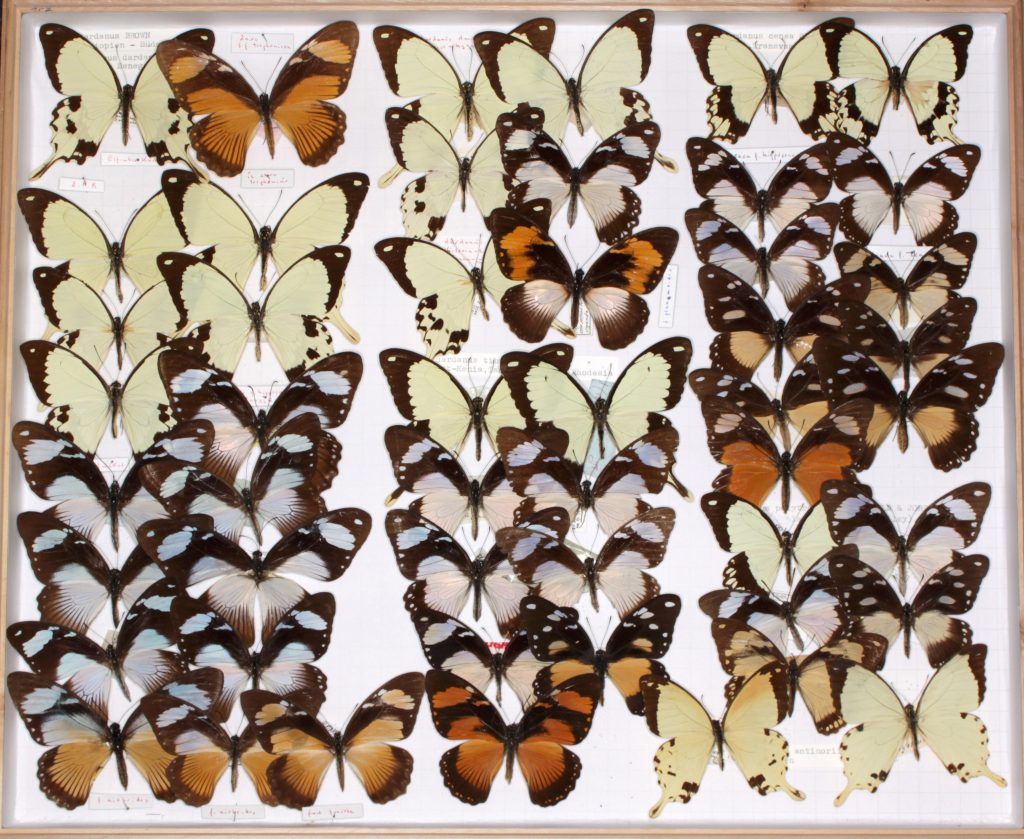 All of these butterflies belong to the same species: Papilio dardanus, or the African swallowtail. The yellow “tailed” butterflies are males while those without tails are females, whose wing color pattern varies with their location to mimic toxic milkweed butterflies. 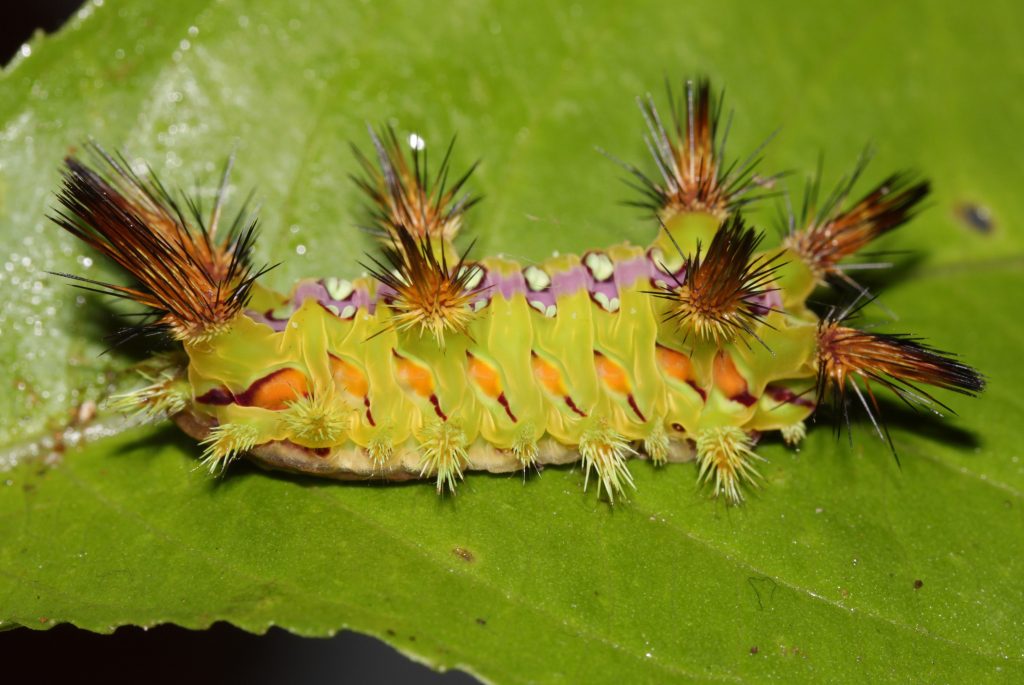 This stinging nettle caterpillar is native to Asia. Identifying a caterpillar without rearing it to an adult stage is frequently impossible without DNA barcoding.

Like many other animal species, this pondweed moth, Parapoynx maculalis, from Maine exhibits sexual dimorphism, a physical distinctiveness between males (left) and females. DNA barcoding can help match sexually dimorphic male and female specimens in a collection.

One advantage of using a DNA barcode is it is not linked to highly dynamic or variable characteristics, such as wing color and pattern, which can change quickly in response to natural selection and the environment, Sourakov said. Instead, the barcode is a section of mitochondrial DNA, a copy of which is passed from mother to offspring.

“Morphology can trick us into making wrong decisions,” he said. “Having an independent variable like mitochondrial DNA is really helpful if you want to know the truth.”

While barcoding is not foolproof, it is a key improvement on historic methods and a less expensive and faster alternative to genome sequencing, Sourakov said. Mitochondrial DNA also tends to preserve well, allowing scientists to take samples from dry collection specimens that are more than 50 years old. DNA barcoding has uncovered new species of butterflies hidden in plain sight, grouped with lookalikes in museum collections.

But even with the greater precision DNA barcoding offers biologists, taxonomy is ultimately an artificial system imposed upon nature, which tends to resist neat categorization.

“A species is a human concept,” Sourakov said. “Taxonomy allows us to simplify a world that is otherwise very complex, but we cannot always say what species an individual belongs to. In nature, things are sometimes more fluid.”

Taxonomy relies on multiple sources of information—DNA, morphology, geographical distribution—but decision-making is still an element, he said. As a result, classification of a species or subspecies is at best a well-informed hypothesis.

“It’s always a work in progress,” Sourakov said. “The more data we obtain, the more the classification changes. The truth is that things are never very clear—but if it was easy, it would be less fun.”

Why, then, does taxonomy matter? Is it more than scientists haggling over names or hammering out a common code for talking about the same organisms?

“When it comes to conservation, how you define a species or subspecies becomes important,” he said. “We use taxonomy for policymaking, which can have real and lasting consequences for a particular species or the biodiversity of an ecosystem.”

He also pointed out that a focus on conserving a species—rather than its genetic diversity—could inadvertently result in a population whose diversity is so low, it cannot survive.

“Conservation efforts are doomed if we try to save taxa and not genetic diversity. To thrive, a species needs to be genetically diverse.”

Barcoding as many organisms as possible will help scientists better grasp the biodiversity of life on Earth, he said.

“We need barcodes from a good sample of taxa—species and subspecies from as many geographic locations as possible. This is a tool that needs to be broadly applied in the animal and plant kingdom.”

Sourakov and colleagues published their system in Systematics and Biodiversity. The study is available at http://dx.doi.org/10.1080/14772000.2016.1203371. The University of Florida, the Biodiversity Institute of Ontario at the University of Guelph and the Russian Science Foundation provided support for the research.

A new age for exploring the uncharted deep sea