Some male butterflies go to extreme lengths to ensure their paternity – sealing their mate’s genitalia with a waxy “chastity belt” to prevent future liaisons. But female butterflies can fight back by evolving larger or more complex organs that are tougher to plug. Males, in turn, counterattack by fastening on even more fantastic structures with winglike projections, slippery scales or pointy hooks.

It’s a battle that pits male and female reproductive interests against one another, with the losing sex evolving adaptations to thwart the winner’s strategies.

Could this sexual one-upmanship ultimately result in new species? It’s a longstanding hypothesis and one that would help explain how butterflies became so diverse. But it has proven difficult to test.

Ana Paula dos Santos de Carvalho, a doctoral student in the Kawahara Lab at the Florida Museum of Natural History, tackled the question in a study of mating plugs in brush-footed butterflies. She traced the trait’s evolution and analyzed the rate at which new species appeared across the Acraeini tribe, a group of about 300 species. Unexpectedly, lineages with and without mating plugs evolved at the same rate, suggesting other factors such as habitat may be responsible for driving the insects’ diversity. 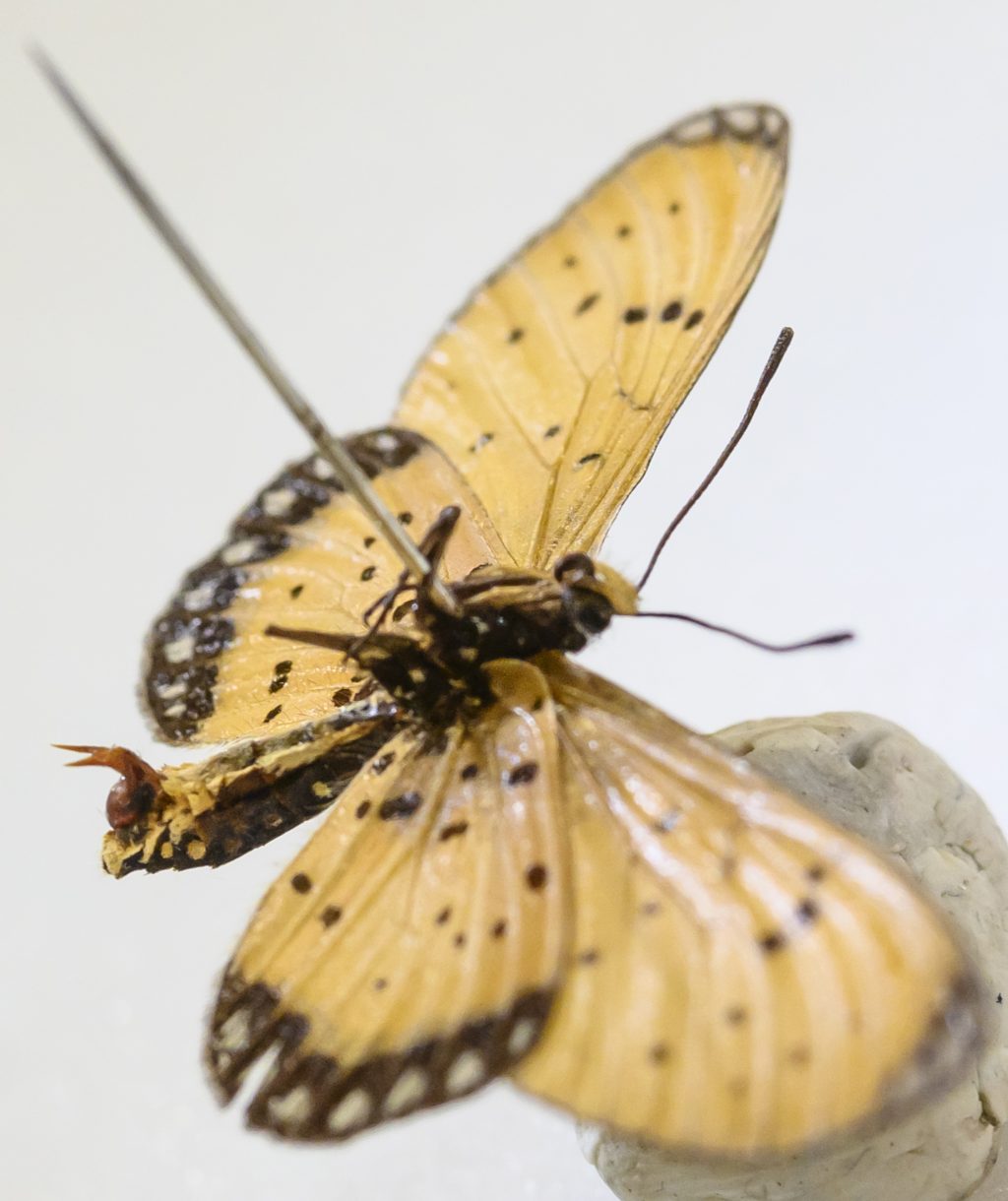 The size and shape of mating plugs often vary by species. This female Acraea omrora features a small plug with sharp hooks, attached to her abdomen by her partner to ward off rival males. 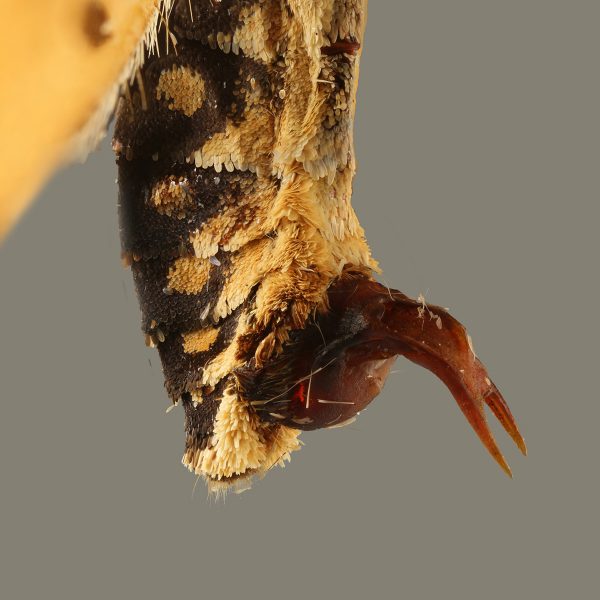 After mating, male butterflies excrete a pre-molded plug from intricate abdominal ducts that give the plug its complex shape. The plug hardens on the female, blocking her reproductive organs, but not the orifice she uses to lay eggs. 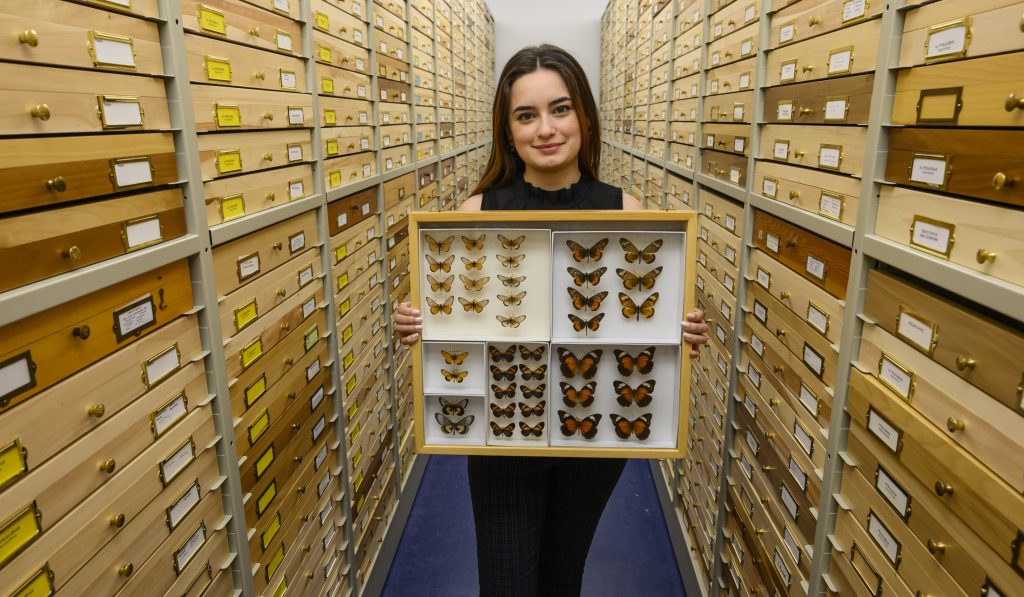 “I was expecting to see an association between plugs and new species appearing faster, but my work suggested there was no link at all,” Carvalho said. “Other studies had proposed a connection between sexual conflict and diversity, so these results came as a surprise.”

Found in about 1% of butterfly species, external mating plugs, also known as sphragis, can resemble a scab or a blob of petroleum jelly in some species while others take astonishingly architectural forms.

But they all serve the same purpose: enforcing female monogamy. Because a female butterfly fertilizes the majority of her eggs with sperm from her last partner, males have a vested interest in blocking rivals. Females, however, stand to benefit by mating with more than one male. Another partner may provide higher-quality sperm, and multiple mating events can increase the genetic diversity of offspring. Plus, females get a health boost from the nutrients included in males’ sperm packets.

To help guarantee their own successors, males in plug-producing species omit the courtship behavior that often precedes mating in other butterflies. Instead, “males pursue the females, grab them midair and drag them to the ground,” Carvalho said. After depositing their sperm, males excrete a pre-molded mating plug, which hardens on the female’s abdomen. 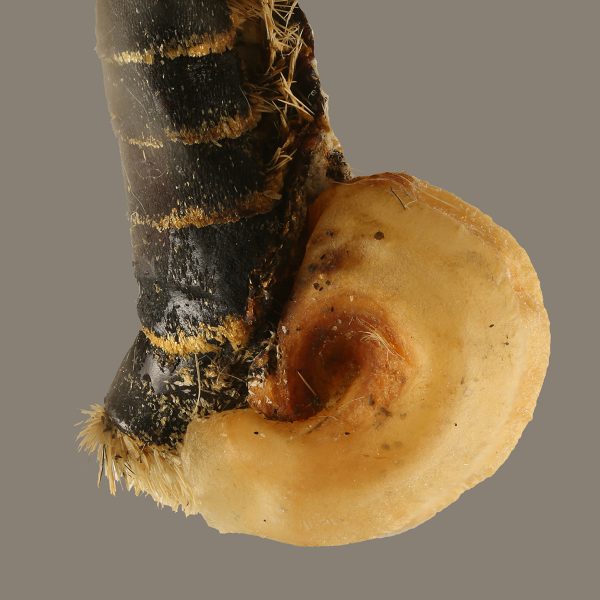 Brush-footed butterflies are not the only group that makes mating plugs. The regal Apollo butterfly, Parnassius charltonius, is a swallowtail that shares this trait. 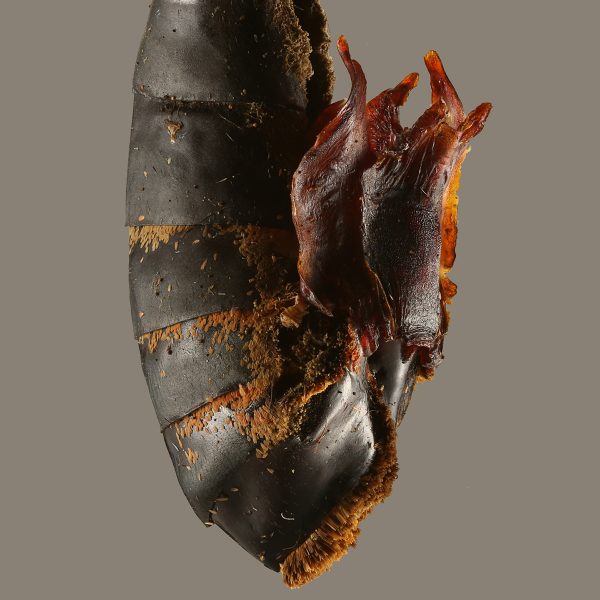 The clearwing swallowtail, Cressida cressida, has a mating plug with tentacle-like extensions. Carvalho said mating plug size and complexity can be a sign of the trait’s evolutionary history in a particular species, as males and females compete with one another. 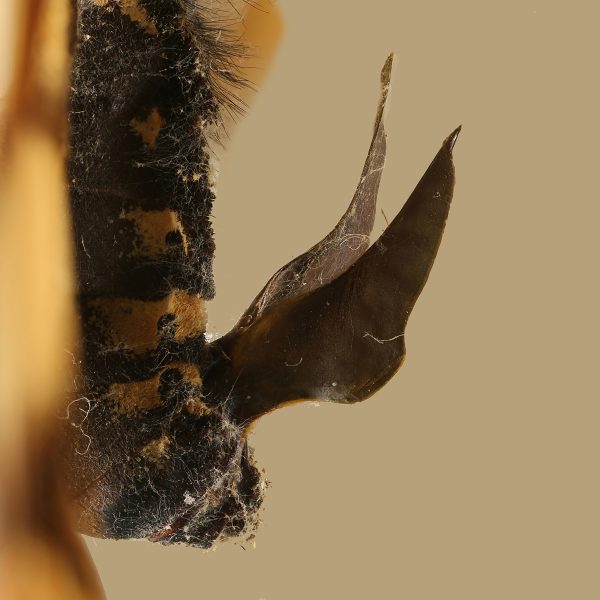 The distinct shapes of some butterfly mating plugs, such as this winglike form in Euryades duponchelii, led biologists in the 1900s to hypothesize they were egg catapults.

Plugs may indirectly constrain males as well. Making a mating plug is an expensive investment of time and resources, potentially limiting how many females a male can inseminate, she said.

Whether females can remove the plug requires further study, but in her fieldwork and museum specimen analysis, Carvalho noted the structures were often partially broken or missing in species with smaller, more delicate plugs. In species with large, complex plugs, she usually found the structures intact and rarely encountered a female without one – a sign that males may be “winning.”

But Carvalho’s study revealed some female victories as well. In the evolutionary family tree she constructed for Acraeini butterflies, she found evidence that mating plugs originated once across the tribe and were subsequently lost in some species, suggesting a successful female counteroffensive. Wide variations in the shape and size of female genitalia also hint at attempts to render mating plugs ineffective.

“Butterflies and moths continue to surprise us,” said study co-author Akito Kawahara, curator at the Florida Museum’s McGuire Center for Lepidoptera and Biodiversity. “This study suggests we still have a lot to learn about what drives insect diversity and the role sexual conflict plays in evolution.”

The research was published in Systematic Biology.

The study was also co-authored by the Florida Museum’s Ryan St Laurent, Caroline Storer and Kelly Dexter, Emmanuel Toussaint of the Natural History Museum of Geneva and Kwaku Aduse-Poku of the University of Richmond.

Funding from Brazil’s National Counsel of Technological and Scientific Development and the U.S. National Science Foundation supported the research.