by Natalie van Hoose • September 28, 2017
These fossils include a fish spine, an alligator scute, ray teeth and other bones. Florida Museum photo by Jeff Gage

About 40 minutes southwest of Gainesville, the excavation area includes an exposed riverbed close to an ancient coastline that has produced a wealth of fossils about 5 to 5.5 million years old, an age not commonly found in Florida.

The richness of the site is one of the factors that makes it an ideal volunteer opportunity, said Florida Museum curator of vertebrate paleontology Jon Bloch.

“A lot of the time when we go on fossil digs, we find nothing, and in this locality, that is absolutely not the case,” Bloch said. “Pretty much everyone who comes out finds fish and turtle fossils, if not also alligator. Many folks will find more complete specimens, mammals or — if they’re really lucky — something rarer like a saber-toothed cat skull.”

To download an application and view the schedule, visit www.floridamuseum.ufl.edu/vertpaleo/volunteering/field/. The excavation will continue into the spring.

Volunteers may work a single day, a few days or on a regular basis. They must be at least 15 years old and able to work outdoors and walk over uneven terrain.

“If you can work in a garden for a couple of hours, then you can dig here,” said vertebrate paleontology collections manager Richard Hulbert, who manages the dig with Bloch. “The sediment is really easy to dig. It’s not like solid rock or something you have to hammer or chip away.”

Discovered in 2015, the site offers an abundance of fossils from a period that had previously been poorly represented in Florida’s fossil record, Bloch said.

“Everything we find at this site is valuable and interesting to us, and volunteers get to be part of actual scientific discoveries in real time,” he said. “This isn’t some kind of thing that’s staged for them. Almost all of our really rare, excellent fossils have been discovered by our volunteers.” 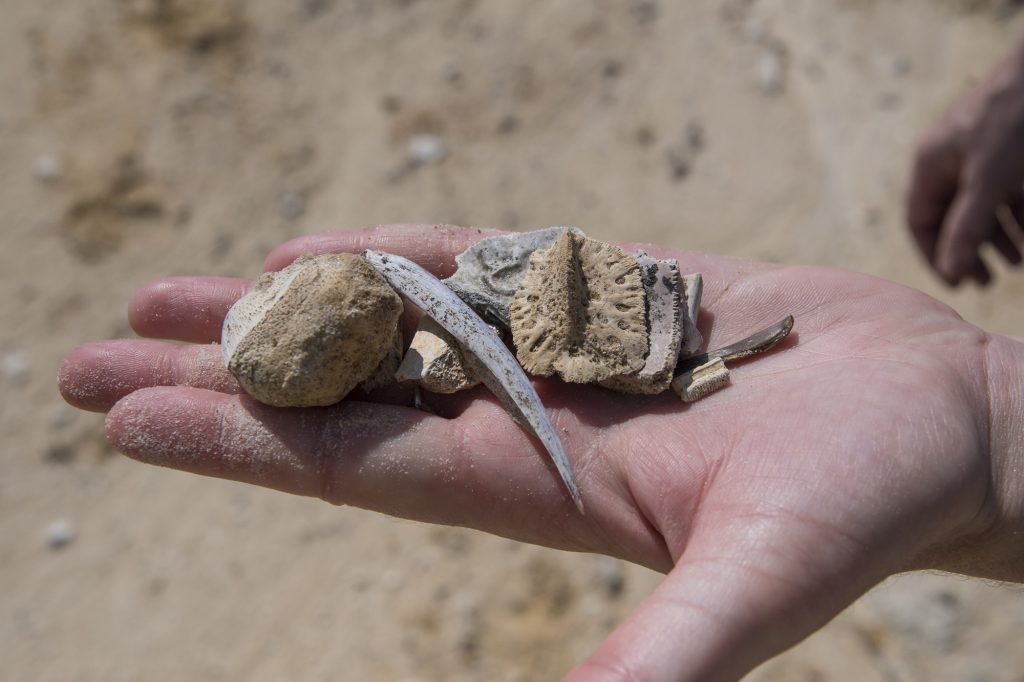 These fossils include a fish spine, an alligator scute, ray teeth and other bones. 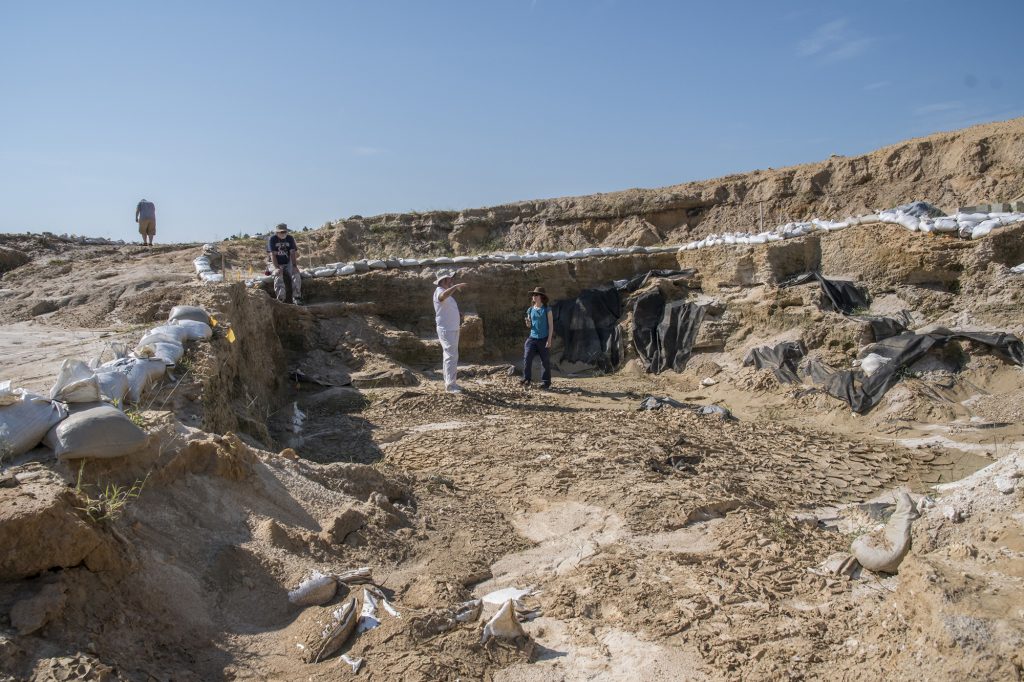 Museum scientists inspect the conditions at Montbrook after the torrential rains of Hurricane Irma in preparation for the upcoming fossil dig. 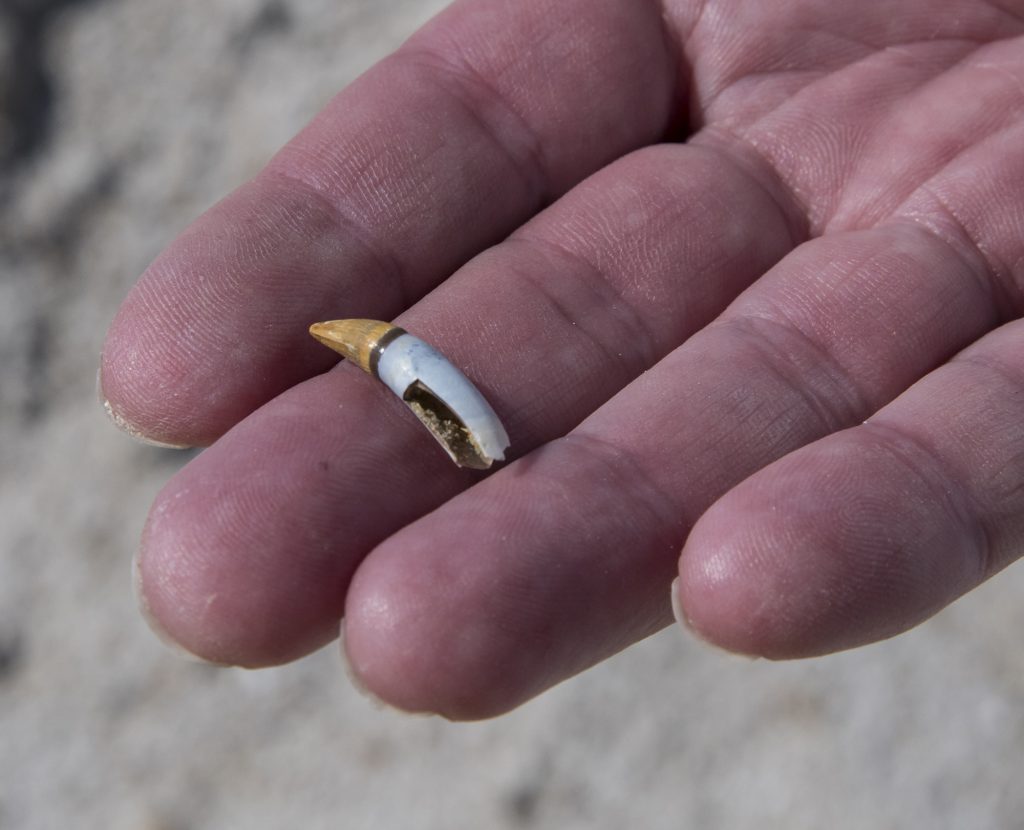 Paleontologist Richard Hulbert holds an alligator tooth he spotted atop the sand on a recent visit to Montbrook. Florida Museum photo by Jeff Gage 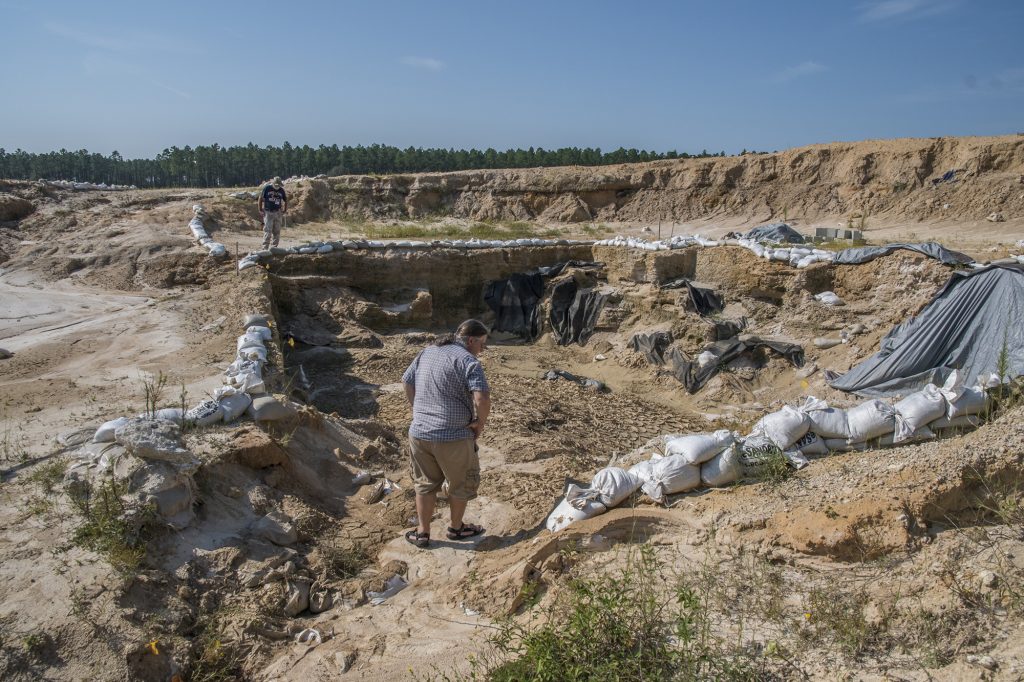 Paleontologist Jon Bloch examines the mud washed into the fossil site by Hurricane Irma. The site fared better than expected, he said.

This season’s wish list includes more complete fossils of otters and swans; horse, llama and camel skulls; the lower jaw of the saber-toothed cat; and the elusive red panda, an animal that cropped up at similar sites in Tennessee but has not yet been found in Florida.

About 380 volunteers participated the previous season, and Bloch’s team is hoping for a similar turnout this year.

“This is a pretty large-scale excavation that is somewhat time-limited, and we need all the help we can get,” Bloch said. “There’s no way we could do this without volunteers.”

For more information, contact Rachel Narducci at rnarducci@flmnh.ufl.edu or visit the volunteer page.