Most adult Rough Greensnakes are about 14-33 inches (35-82 cm) in total length. This is a long and slender bright green snake with a cream to yellow belly. The belly color extends onto the chin and lips. Juvenile coloration is similar to adults but not as vivid. 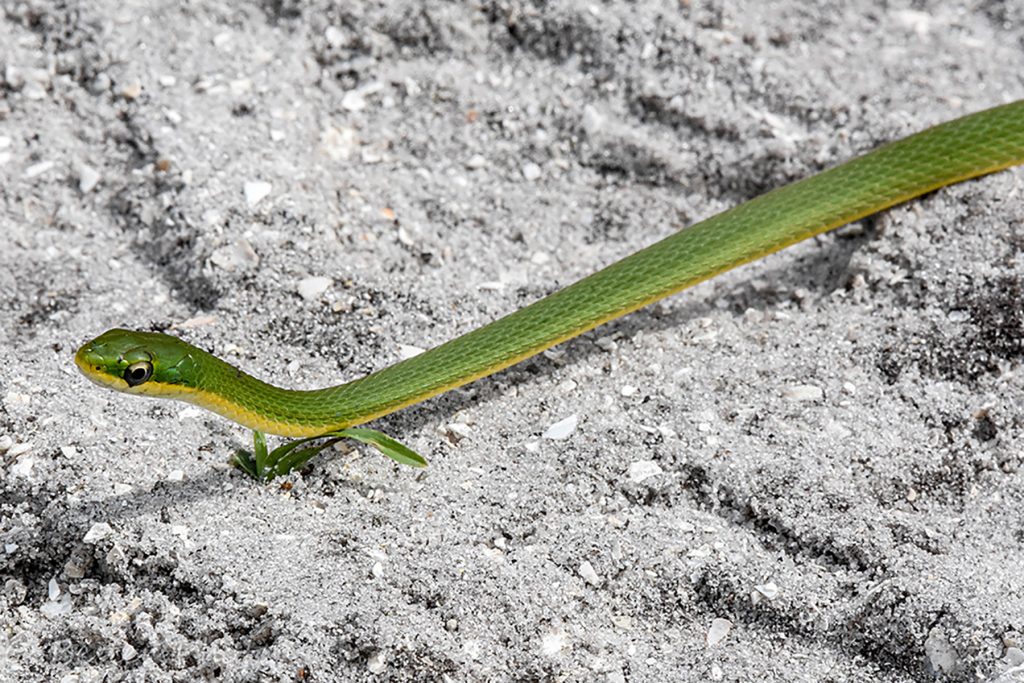 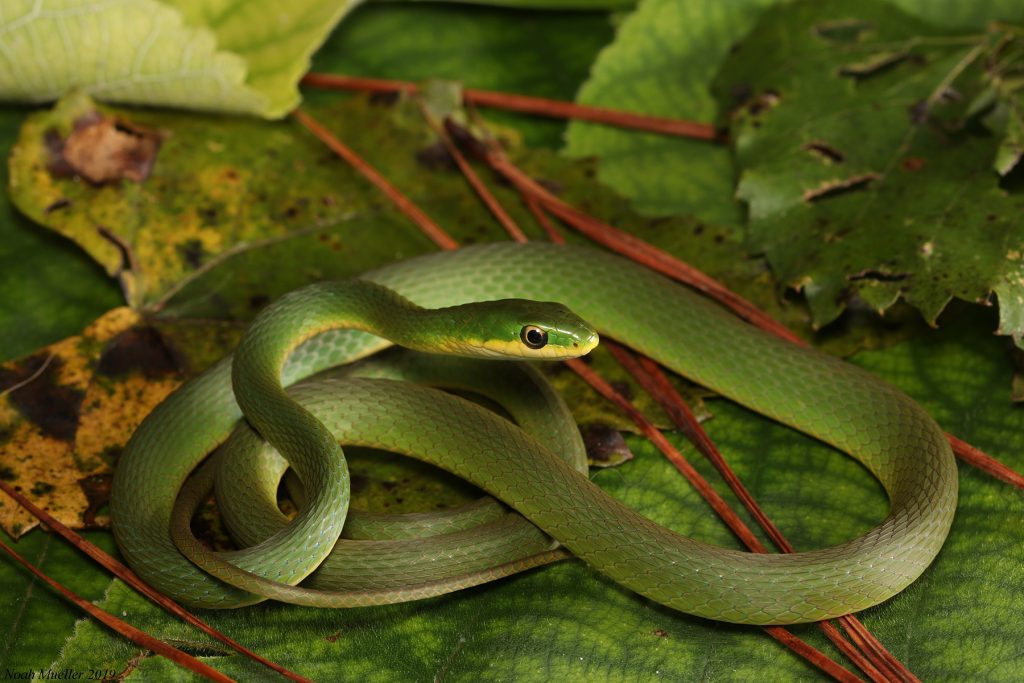 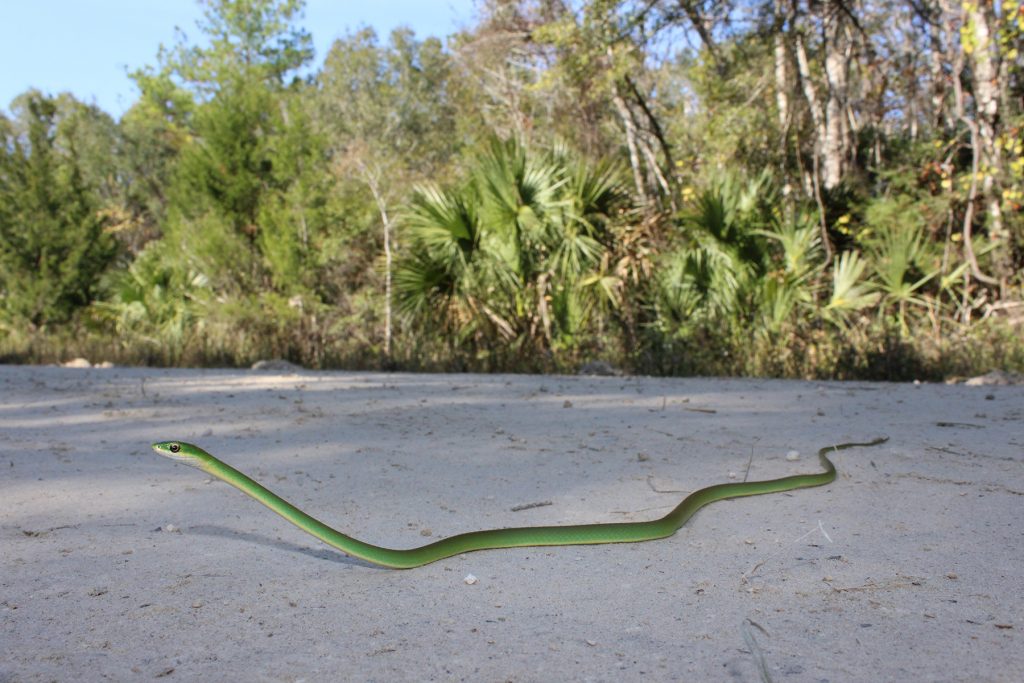 Rough Greensnakes are found throughout mainland Florida in every county. They also occur throughout the Florida Keys.

Non-venomous. Rough Greensnakes are not dangerous to people or pets. The snakes are not aggressive and avoid direct contact with people and pets.

There are no other (native) bright green snakes in Florida.

Most adult Rough Greensnakes are about 14-33 inches (35-82 cm) in total length, with a record length recorded of 46 inches (116 cm). This is a long and slender bright green snake with a cream to yellow belly. The belly color extends onto the chin and lips. The body scales are strongly keeled (each scale has a prominent raised ridge), and they are arranged in 17 scale rows at midbody. The tail is extremely long and thin. The pupils are round. Juvenile coloration is similar to adults but not as vivid.

Rough Greensnakes are often found in mixed hardwood and bottomland forest as well as hardwood hammocks. They are fairly abundant in maritime forest and dune meadows of Atlantic coast barrier islands. These snakes primarily live in trees and prefer densely leafed trees and shrubs, often at the edges of fields and around ponds. Adults of this species are often found in suburban neighborhoods where development encroaches into favorable habitats.

When approached, Rough Greensnakes will typically freeze and sway as if perhaps mimicking a branch blowing in the wind. If further threatened, they will quickly flee for shelter among the dense foliage in which they live. If captured, Rough Greensnakes will often squirm and release foul-smelling musk from two glands in the base of the tail. Occasionally when threatened, they will open their mouth to display the dark interior, but these snakes rarely if ever bite in defense.

Rough Greensnakes are diurnal (active during the daytime) predators and feed on a wide variety of spiders and insects. These snakes are not constrictors. Prey are slowly stalked, grasped quickly, repositioned, and swallowed alive head first.

Females lay around 1-14 white eggs, which typically hatch between July and August. The eggs are often laid inside rotting logs and stumps, under rocks, or in tree holes or other cavities well above the ground. However, much of what is known about the reproductive biology of Rough Greensnakes comes from parts of their range outside of Florida.

Superb camouflage involving both coloration and behavior renders Rough Greensnakes extremely difficult to spot among the vegetation in which they live. As a result, even healthy populations of these bright green snakes can easily go unnoticed.

Banner photo courtesy of Noah Mueller. Please credit any photographers on the page and see our copyright policy.