Volunteers are a Gift

Carol and Bill Sewell started volunteering at the Montbrook dig site on December 7, 2016. Altogether, Carol dug at the Montbrook Site for a total of 116 different days compiling 630 hours. She collected, either by herself or with others (most often, but not always, with Bill), hundreds of fossils at Montbrook.

We have already identified and cataloged 533 such fossils, and many more are waiting to be processed. From a scientific perspective, the most significant and interesting specimen Carol and Bill found at Montbrook was a paired set of right and left lower jaws from a young adult mastodon on May 19, 2017. Of the two types of elephant-like mammals found at Montbrook, the gomphotheres far outnumber the mastodons. The teeth of this specimen were mostly left encased in sediment while the sand surrounding the three-foot-long jaws was removed and then the specimen was covered in a protective shell made of plaster and burlap for safe removal from the site. It was assumed to be “just” another Montbrook gomphothere, so it was a major and very pleasant surprise, after the plaster shell and adhering sand was removed from the jaws a year later in the museum’s prep lab, to learn that they came from a mastodon. In fact, it is one of the most complete sets of lower jaws of a late Miocene mastodon ever found in North America.

Carol and Bill liked working with Montbrook fossils so much that they began to work in the vertebrate paleontology prep lab in Dickinson Hall during the summer when excavations at the site ceased. 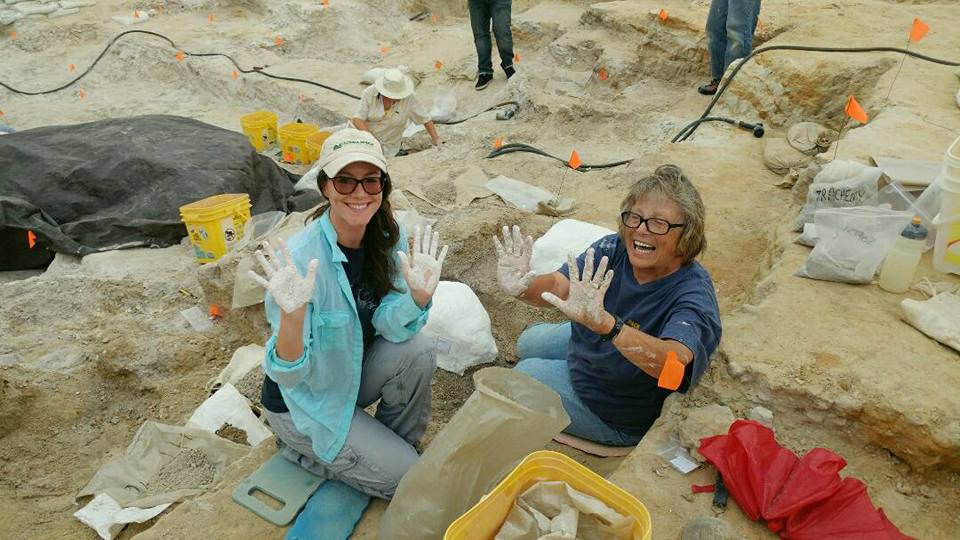 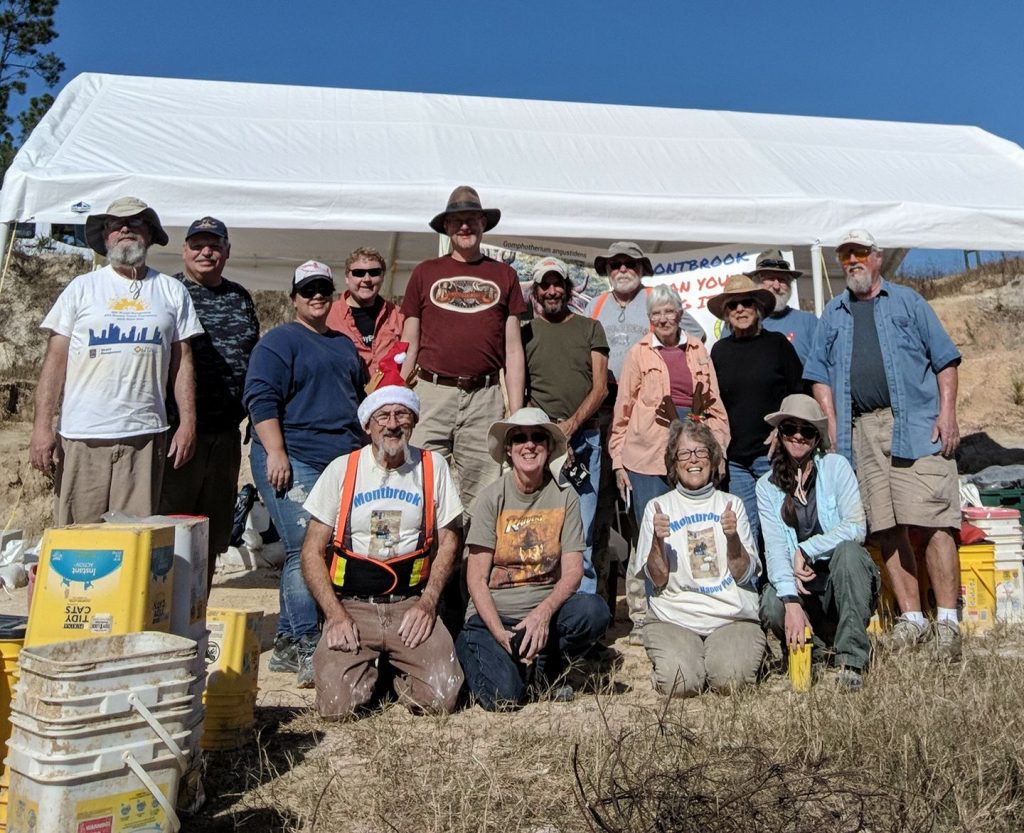 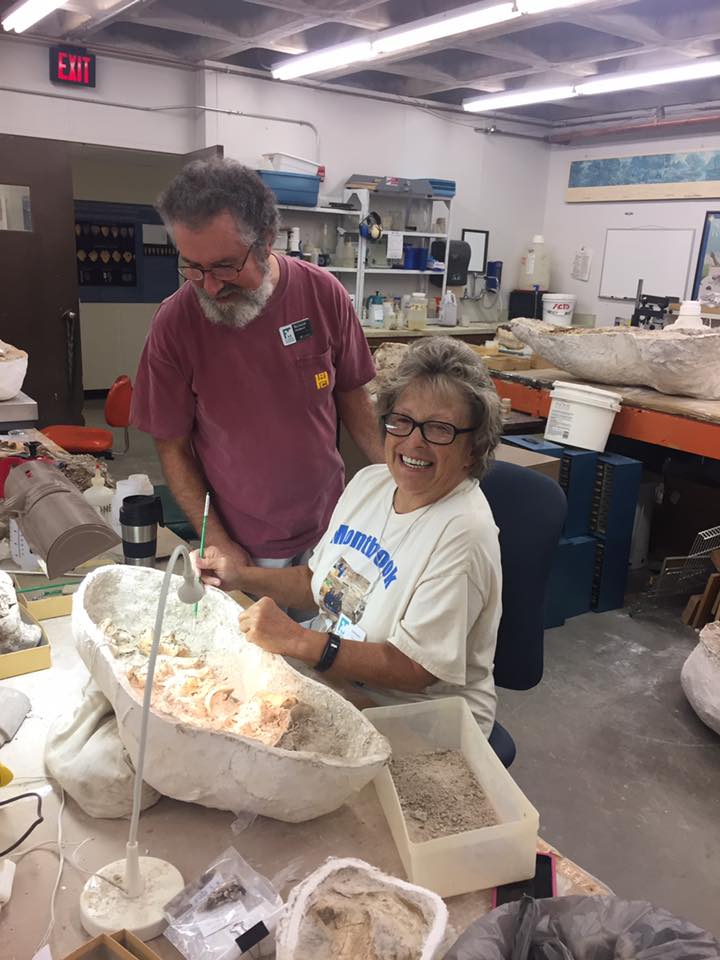 Whether at the Montbrook Site or the prep lab, Carol always spread her infectious brand of enthusiasm and joy to all of those around her. We were saddened by her passing this spring and will miss her dearly.

Gifts in Carol’s honor may be made to the Vertebrate Paleontology General Research Fund to support continuing work at the Montbrook dig site.