Even Stranger Things: What’s next for the Demogorgon? Scientists weigh in

In the Netflix series “Stranger Things,” the Demogorgon – a humanlike predatory creature whose face opens like a flower to reveal rows of menacing teeth – is a force to be reckoned with. The creature gradually destroys the town of Hawkins one building, crop and person at a time.

Though the Demogorgon is a mythical creature from the “Upside Down,” a shadowy alternate dimension, parts of its life cycle mirror those of real animals. Can scientists use biology to predict the next stage in the Demogorgon’s life cycle – and perhaps even suggest a way of defeating it?

Florida Museum of Natural History herpetologists give it a shot.

When 13-year-old Dustin Henderson discovers a strange, small creature in his trash can, he believes he has discovered a kind of tadpole. But the animal is not aquatic, which tips him off that it could be a new species.

He names the creature Dart and brings it to school to show his friends, who are skeptical that he has discovered something new.

“We describe about 150 new species of amphibians a year, and some of them are actually in North America,” he said. “So, just the fact that a kid thinks they’ve discovered a new species and everyone pooh-poohs it, I feel like, ‘Oh! Actually, there are a lot of new species that are discovered and described.’”

Blackburn said Dustin takes the steps that many researchers might when determining whether an animal is a new species, such as figuring out what it eats – 3 Musketeers bars – and its behavior patterns – Dart doesn’t like heat.

But sometimes what’s thought to be a new species isn’t new at all, but another life stage of something that has already been described, Blackburn said.

“That doesn’t mean that the information that Dustin found out isn’t worthwhile,” he said. “He’s filling in all of those important details about life history.”

Biology of the Demogorgon

Even though Dustin and his friends have previously encountered a Demogorgon, they initially don’t recognize Dart as a tiny, juvenile form of the terrifying creature.

An even more immature life stage of the Demogorgon could be a legless slug-like form, seen in the first season when Will Byers, the show’s main character, coughs up such a creature in his sink after traveling to the Upside Down.

There are some biological precedents for Will’s experience, Blackburn said. Many species of cichlid fish carry developing larvae in their mouths, and an extinct Australian frog, Rheobatrachus, developed its tadpoles in its stomach.

“The Demogorgon could be like a cichlid where it’s either mouth-brooding or like a Rheobatrachuswhere it’s in his stomach,” Blackburn said.

As Dart grows, he graduates from eating chocolate bars to cats and then people.

“That’s kind of interesting and kind of right,” Blackburn said. “In amphibians, there is a shift in diet. Most tadpoles are herbivores, and then it basically shifts after metamorphosis to adults. Adults tend to be carnivorous.”

Blackburn also said the fact that Dart develops forelimbs first and hind limbs later is unusual because the order is opposite in amphibians. 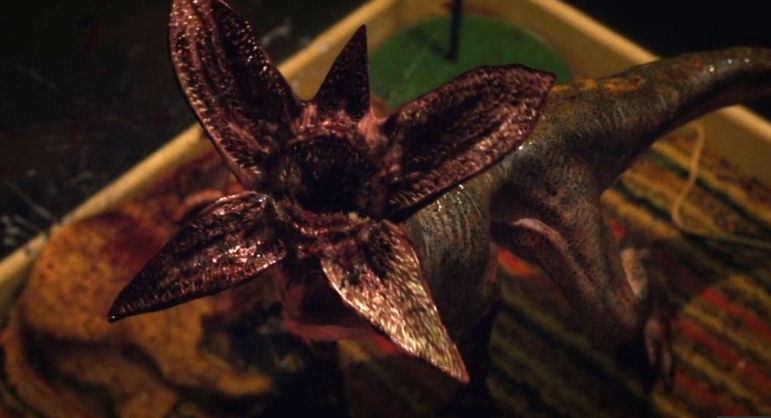 Dart grows into a Demodog, an animal that crawls on all fours and has a menacing, flower-like face. 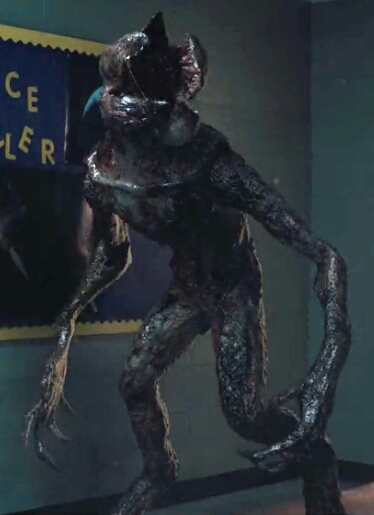 The Demodog matures into a Demogorgon, a monstrous destroyer of people, crops and buildings.

Focusing on the only known final stage, the adult Demogorgon, the team speculated about the creature’s role in the ecosystem of the Upside Down, which is also home to the Mind Flayer — a shadow monster that wants to take over the world — and a tangled landscape of vines.

“There’s definitely some kind of interaction between the vines, the Demogorgons and the shadow monster,” said Daniel Paluh, a doctoral student who works with Blackburn.

“Is it parasitic? Does it have a parasitic egg stage?” Paluh said. “We don’t have any parasitic amphibians and reptiles.”

Blackburn also mulled over potential threats to the Demogorgon and guessed at ways the show’s characters could remove the species for good.

“Fungal pathogens turn out to be really bad for both snakes and amphibians right now,” he said. “Maybe we can affect the Demogorgon with fungi.”

In the lead-up to the show’s third season, one thing is certain: There is still much to be learned about the Demogorgon.

“Just because we have names for all of these species doesn’t mean we know everything about them,” Blackburn said. “And in the same way, that’s true for the Demogorgon.”