by Mary-Lou Watkinson and Halle Marchese • April 23, 2020
Conflict with the Calusa and other South Florida peoples would ultimately lead to Spanish abandonment of the region during the 16th century. Florida Museum illustration by Merald Clark

Florida and Georgia archaeologists have discovered the location of Fort San Antón de Carlos, home of one of the first Jesuit missions in North America. The Spanish fort was built in 1566 in the capital of the Calusa, the most powerful Native American tribe in the region, on present-day Mound Key in the center of Estero Bay on Florida’s Gulf Coast.

Archaeologists and historians have long suspected that the fort, named for the Catholic patron saint of lost things, was located on Mound Key. Researchers have been searching for concrete evidence in the area since 2013.

“Before our work, the only information we had was from Spanish documents, which suggested that the Calusa capital was on Mound Key and that Fort San Antón de Carlos was there, too,” said William Marquardt, curator emeritus of South Florida archaeology and ethnography at the Florida Museum of Natural History. “Archaeologists and historians had visited the site and collected pottery from the surface, but until we found physical evidence of the Calusa king’s house and the fort, we could not be absolutely certain.” 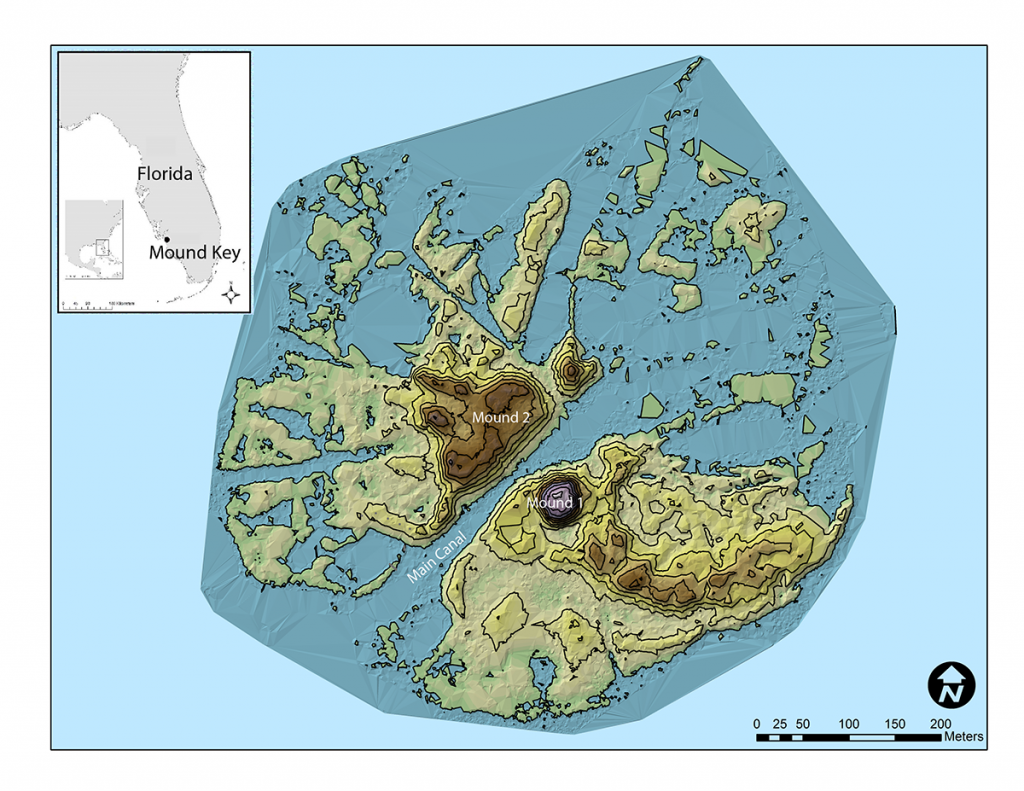 The people who constructed Fort San Antón de Carlos had to adapt to Mound Key’s unique conditions, researchers said. The fort is the only Spanish structure built atop a shell mound in Florida. 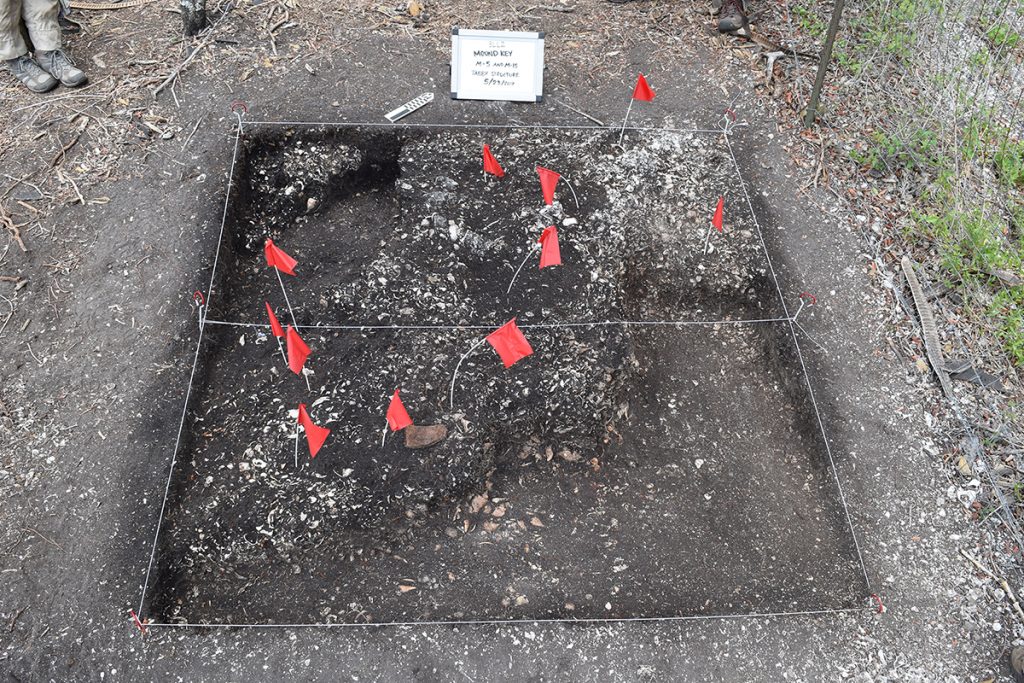 Researchers excavated evidence of the fort’s structure, which included the earliest-known New World example of a concrete-like mixture called tabby. 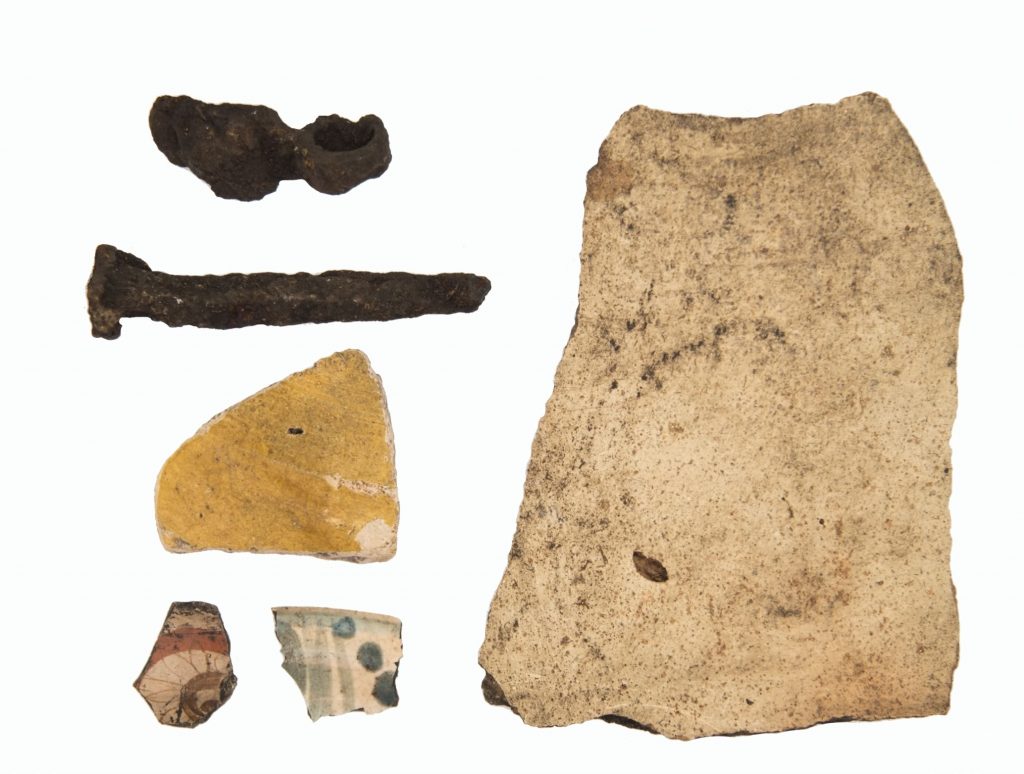 The Calusa were one of the most politically complex groups of fisher-gatherer-hunters in the world and resisted European colonization for nearly 200 years, Marquardt said. They are often considered to be the first “shell collectors,” using shells as tools, utensils and jewelry and discarding the fragments in enormous mounds. They also constructed massive structures known as watercourts, which acted as fish corrals, providing food to fuel large-scale construction projects and a growing population.

The Calusa kingdom controlled most of South Florida before being devastated by European disease. Researchers believe that by the time the Spanish turned Florida over to the British, any remaining Calusa had already fled to Cuba.

Researchers continue to question how the Spanish survived on Mound Key and met their daily needs despite unreliable shipments of minimal supplies from the Caribbean and strained relations with the Calusa – whose surplus supplies they needed for survival. The only Spanish fort known to be built on a shell mound, Fort San Antón de Carlos was abandoned by 1569 after the Spaniards’ brief alliance with the Calusa deteriorated, causing the Calusa to leave the island and the Spanish to follow shortly after.

“Despite being the most powerful society in South Florida, the Calusa were inexorably drawn into the broader world economic system by the Spaniards,” Marquardt said. “However, by staying true to their values and way of life, the Calusa showed a resiliency unmatched by most other Native societies in the Southeastern United States.”

Researchers from the University of Florida, the University of Georgia and students from UGA’s archaeological field school used a combination of remote sensing, coring, ground-penetrating radar and excavations to uncover the walls of the fort and a few artifacts, including ceramic sherds and beads.

The fort is also the earliest-known North American example of “tabby” architecture, a rough form of shell concrete.

“Tabby,” also called “tabbi” or “tapia,” is made by burning shells to create lime, which is then mixed with sand, ash, water and broken shells. At Mound Key, the Spaniards used primitive tabby as a mortar to stabilize the posts in the walls of their wooden structures. Tabby was later used by the English in their American colonies and in Southern plantations.

Marquardt said that while the team uncovered a substantial amount of the walls it found, this is only a small sample of the entire fort, and there is still much more to learn and excavate.

Discovery of the fort has the potential to reduce archaeologists’ dependence on Spanish reports for information about ancient Floridian history, he said.

“Seeing the straight walls of the fort emerge, just inches below the surface, was quite exciting to us,” Marquardt said. “Not only was this a confirmation of the location of the fort, but it shows the promise of Mound Key to shed light on a time in Florida’s – and America’s – history that is very poorly known.”

The researchers published their findings in Historical Archaeology.

National Geographic provided funding for the research. Additional support for the project came from a faculty research grant from the University of Georgia, the John S. and James L. Knight Endowment for South Florida Archaeology and the National Science Foundation.