In a study published this week in the Proceedings of the National Academy of Sciences, researchers found that adults and nestlings of three species showed multiple signs of chronic stress caused by noise pollution, including skewed stress hormone levels, possibly due to increased anxiety, distraction and hypervigilance.

The study is the first to test the relationships between noise, stress hormones and fitness in animals that breed in natural areas with unrelenting, human-made noise.

Constant noise could be acting as an “acoustic blanket,” muffling the audio cues birds rely on to detect predators, competitors and their own species, said study co-author Rob Guralnick, associate curator of biodiversity informatics at the Florida Museum of Natural History. Unable to discern whether their environment is safe, mother birds must choose between staying on guard at the nest and finding food for their young. 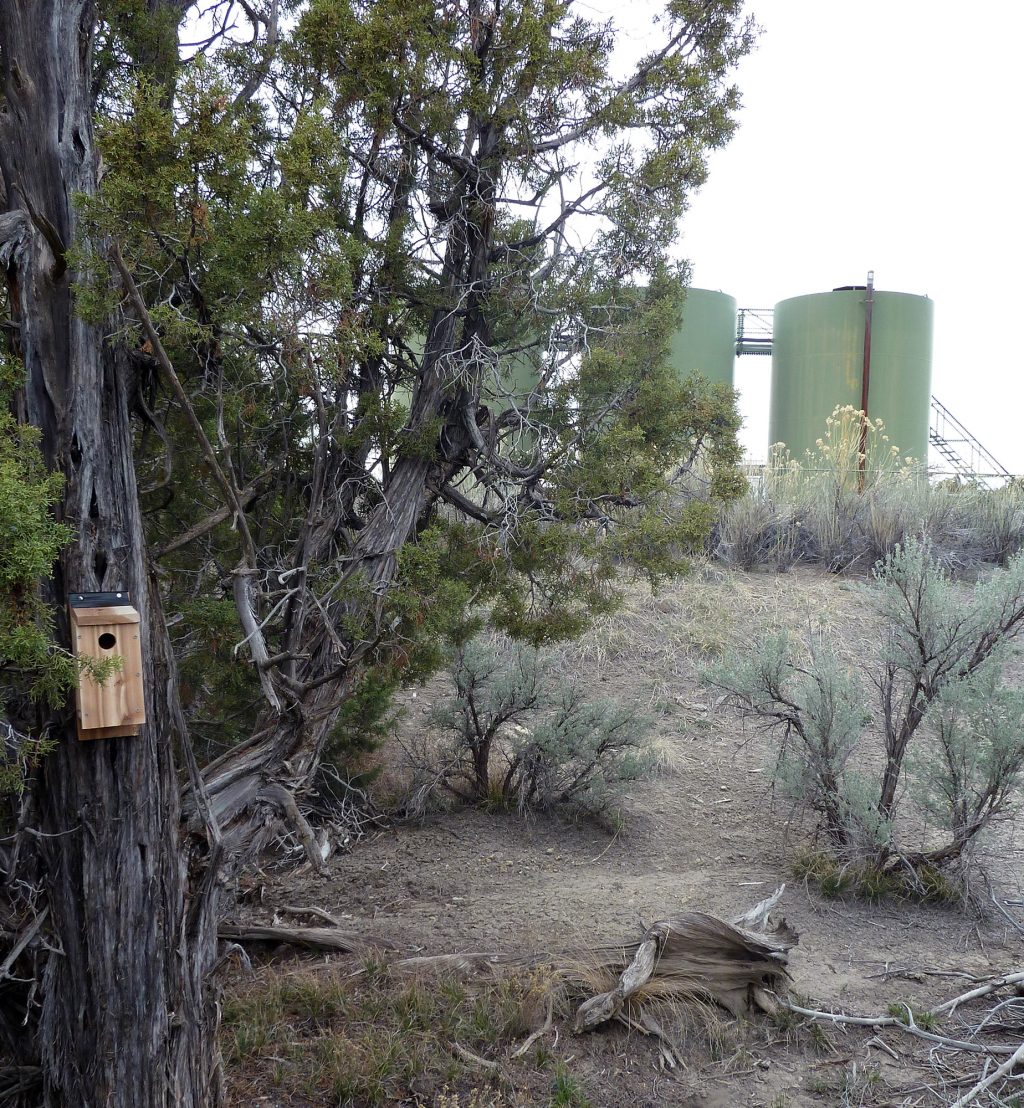 The research team installed nesting boxes at precise distances from gas compressors to measure the health effects of noise across a gradient of sound levels. 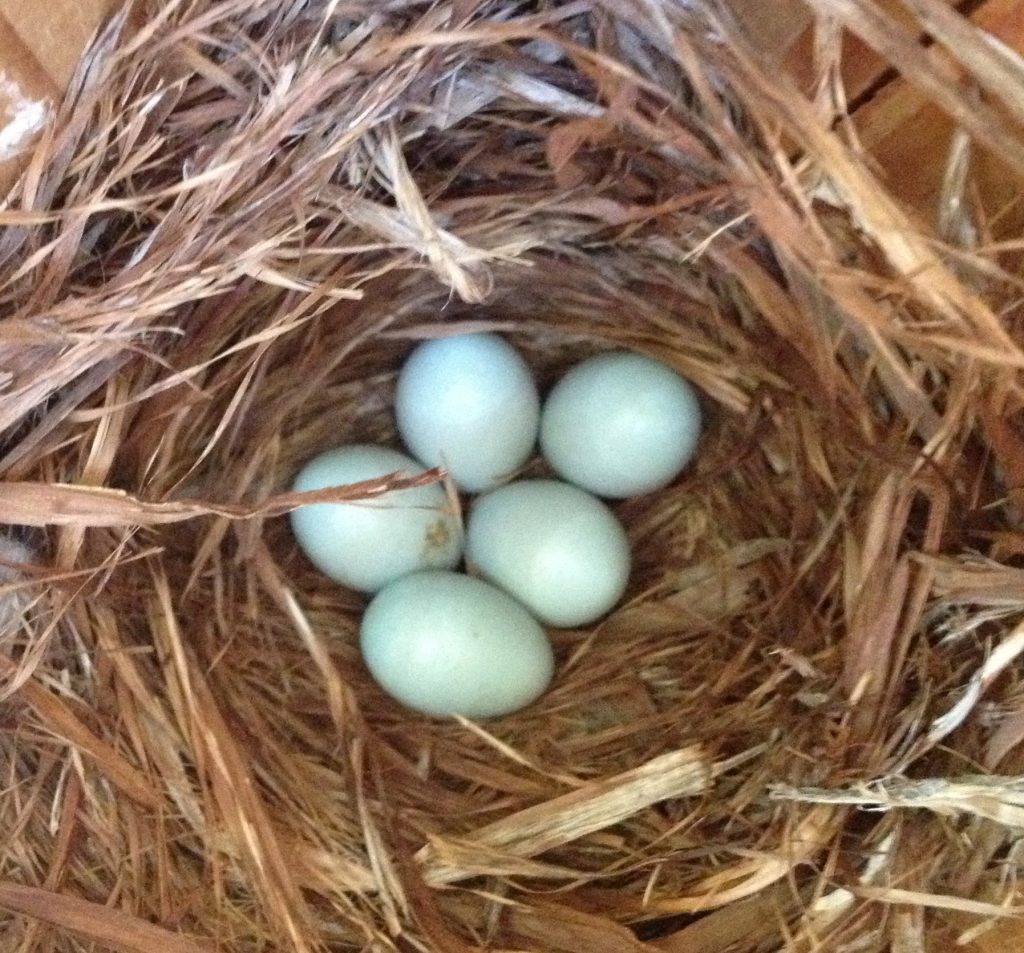 Hatching rates in western bluebirds – the most noise-tolerant species studied – dropped in response to noise. 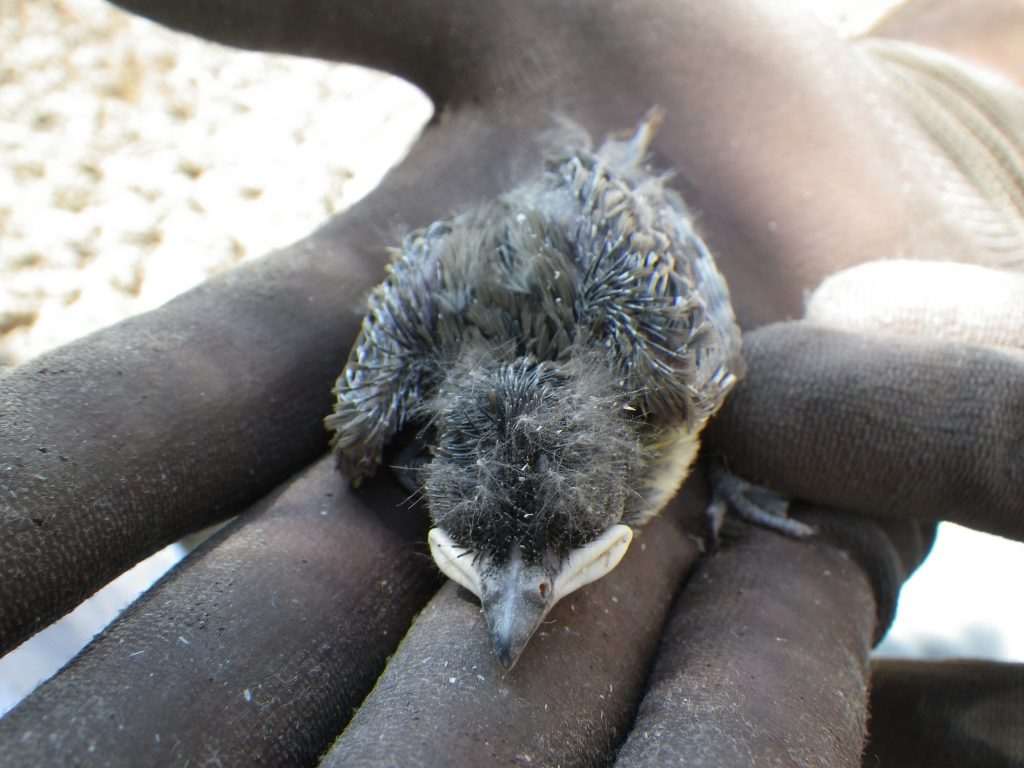 Nestlings in the noisiest environments had smaller body sizes and reduced feather development, potentially diminishing their odds of survival. Hatching rates in western bluebirds – the most noise-tolerant species studied – dropped in response to noise.

“These birds can’t escape this noise. It’s persistent, and it completely screws up their ability to get cues from the environment,” Guralnick said. “They’re perpetually stressed because they can’t figure out what’s going on. Just as constant stress tends to degrade many aspects of a person’s health, this ultimately has a whole cascade of effects on their physiological health and fitness.”

A research team led by Nathan Kleist, then a doctoral student at the University of Colorado Boulder, set up 240 nesting boxes staggered at precise distances from gas compressors. This allowed the researchers to examine stress responses of nesting birds across a measurable gradient of noise, Guralnick said. 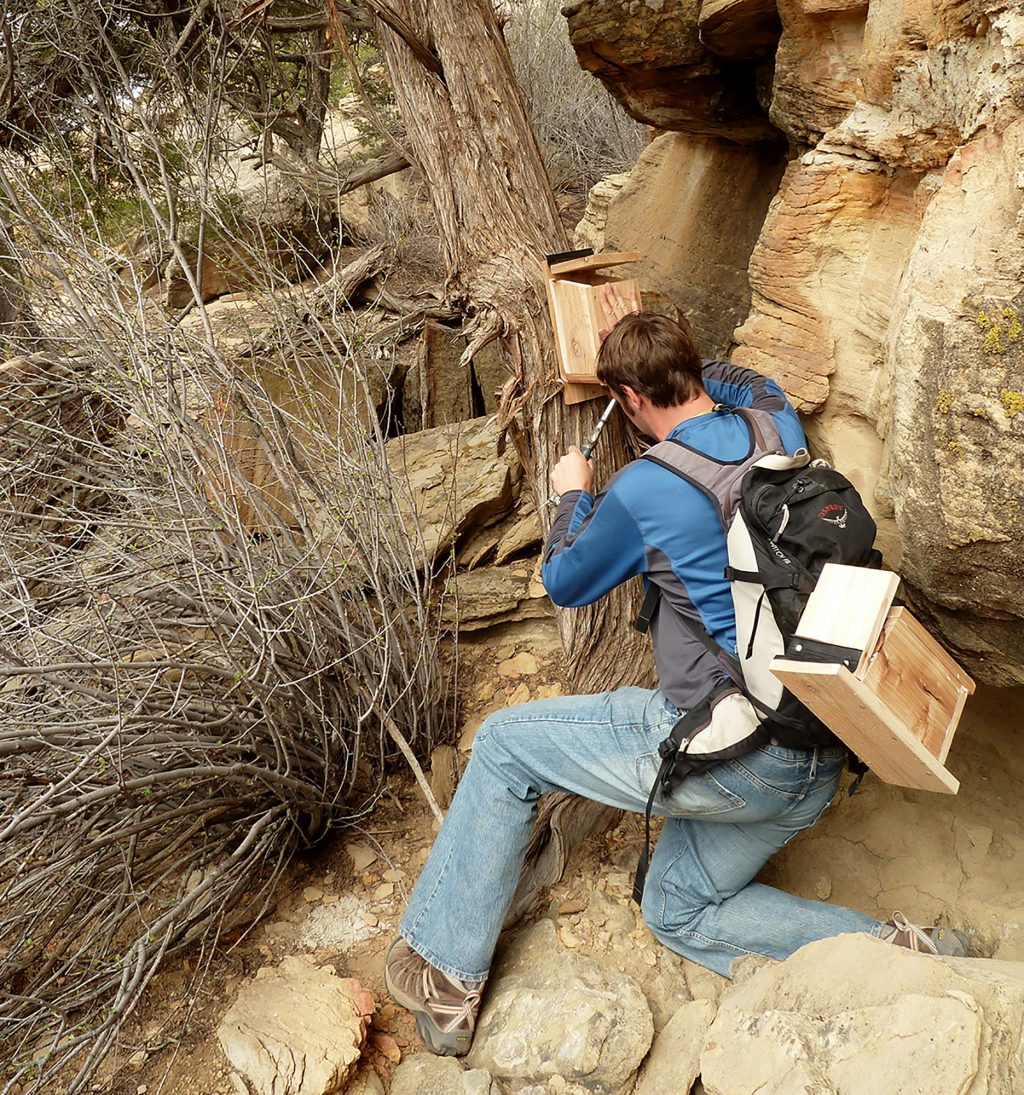 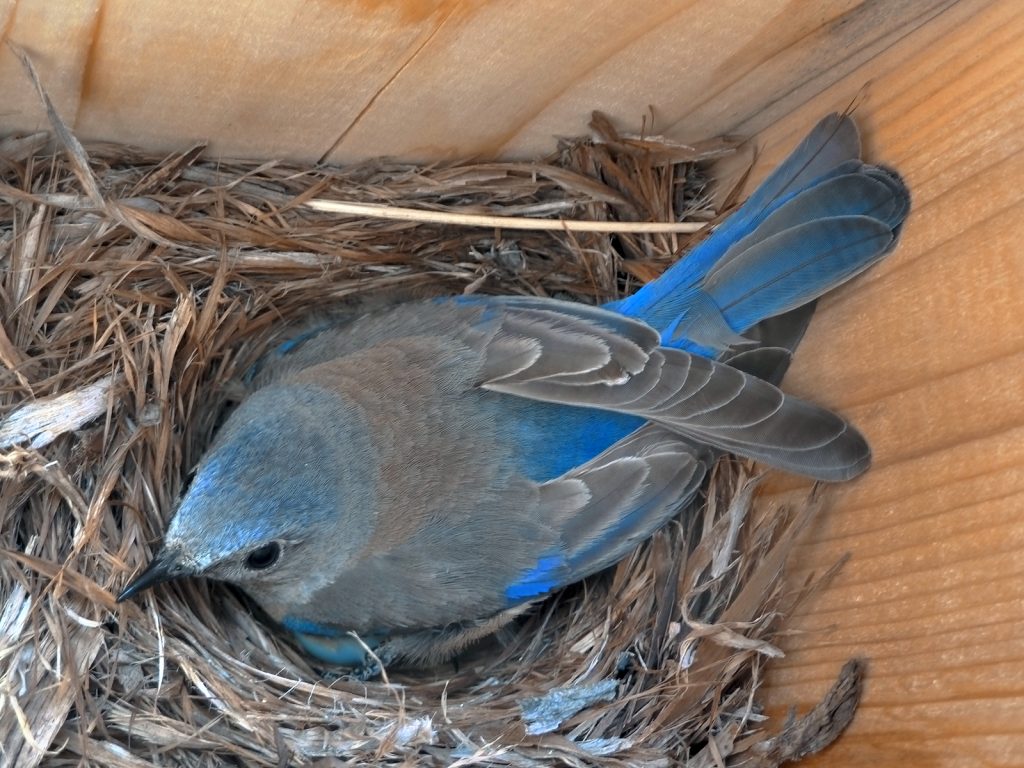 A female western bluebird, Sialia mexicana, sits on a clutch of eggs. 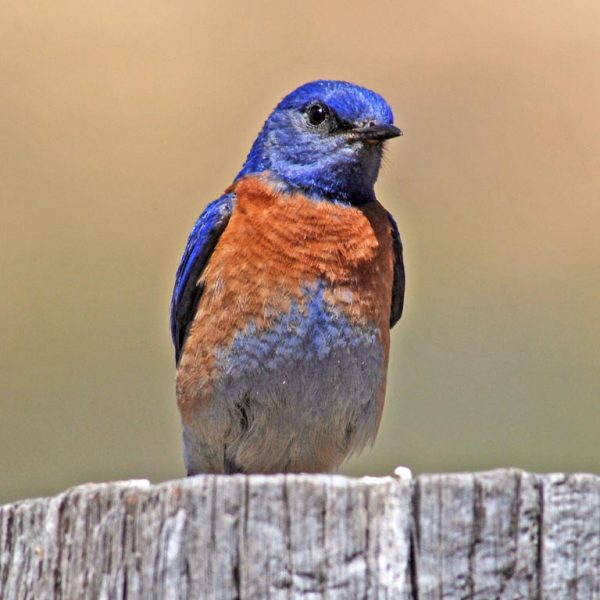 The study showed that even species that are more noise-tolerant, such as this western bluebird, are chronically stressed by persistent human-made noise. 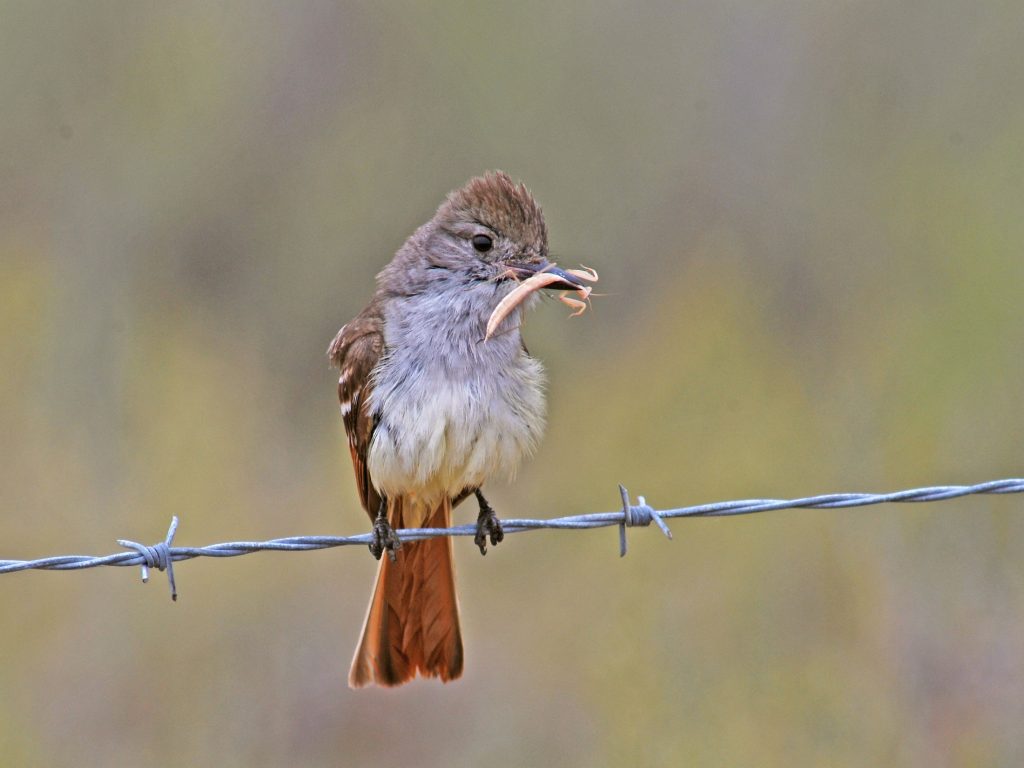 An ash-throated flycatcher prepares to take a praying mantis back to its nestlings.

While initially surprising, the findings came into focus when compared with lab studies of chronic stress. Low corticosterone can be a sign that stress is so intense, the body has dialed down the baseline levels of the hormone as a means of self-protection.

“On the surface, you might look at this result and assume this means they are not stressed,” said Christopher Lowry, study co-author and stress physiologist at CU Boulder. “But what we are learning from both human and rodent research is that with inescapable stressors, including post-traumatic stress disorder in humans, stress hormones are often chronically low.”

“This is a neat alignment between two entirely different types of literature – studies about stress and studies about conservation and physiology,” he said. “The connection between these low and high hormone levels helps explain why data on corticosterone from previous conservation physiology studies seemed to be all over the place. This helps illuminate the underlying pattern and suggests a new paradigm for how noise affects wildlife.”

Noise levels at natural gas fields are not unusually loud compared with human-made noise in many other parts of the country, which has important implications for protecting wildlife and possibly human health, the researchers said.

“This study shows that noise pollution reduces animal habitat and directly influences their fitness and ultimately their numbers,” Guralnick said. “By doing so, it makes it harder for animals to survive. Taken together, that’s a pretty damning picture of what human-made noise can do to natural populations of animals.”

A western bluebird returns to its nestlings with food as a natural gas compressor drones in the background. Video courtesy of Nathan Kleist

A 10-decibel increase in noise above natural levels can shrink animals’ listening area by 90 percent, the researchers said. In the U.S., the amount of land area characterized by this moderate noise increase is an estimated 301,532 square miles – greater than the size of Texas.

“Hearing is the universal surveillance system across vertebrates, including humans,” said co-author Clinton Francis, assistant professor of biology at California Polytechnic State University. “Hearing is also the sense that remains active even during sleep and other instances of unconsciousness. Because we and other animals rely on hearing in these capacities, it may not be too much of a stretch to expect similar physiological impacts on humans.”

The study was funded by the National Geographic Society, the National Science Foundation, the North American Bluebird Society and the University of Colorado Graduate School and department of ecology and evolutionary biology.

Learn more about the Guralnick Lab at the Florida Museum.