by Natalie van Hoose and Mary-Lou Watkinson • July 19, 2017
These golden pheasants from King Louis XVI's aviary were a gift from the Marquis de Lafayette to George Washington. Both died within half a year and were preserved by naturalist and collector Charles Wilson Peale. Photo courtesy of the Museum of Comparative Zoology, Harvard University

iDigBio, the National Science Foundation-sponsored project to help digitize the nation’s natural history collections, now houses more than 100 million specimen records in its online database, offering access to one of the largest virtual collections of life on Earth.

Natural history collections worldwide contain more than a billion specimens of plants, animals and fungi. But before digitization, the wealth of scientific information they offered was largely confined to the drawers and shelves of museums and universities.

NSF established iDigBio, or Integrated Digitized Biocollections, to coordinate a nationwide digitization effort by developing the infrastructure to standardize and preserve specimen data long term and by helping institutions launch their digitization efforts. The program is part of NSF’s Advancing Digitization of Biodiversity Collections initiative.

Now in its seventh year, iDigBio, based at the University of Florida with the Florida Museum of Natural History and Florida State University as core partners, has amassed data from more than 1,900 collections from about 820 institutions in its online portal. The volume of data has reached a “critical mass” at which researchers can begin using it to investigate broad scale evolutionary and ecological questions, said Larry Page, director of iDigBio and curator of ichthyology at the Florida Museum.

“What’s exciting about being at more than 100 million specimen records is you can ask larger questions over space, time and biodiversity. Big data sheds light not just on one species but whole blocks of species — aquatic and terrestrial,” Page said. “The more data we have, the better we’ll be able to predict the impacts of climate change, human disease, landscape modifications and changes that will impact crops.” 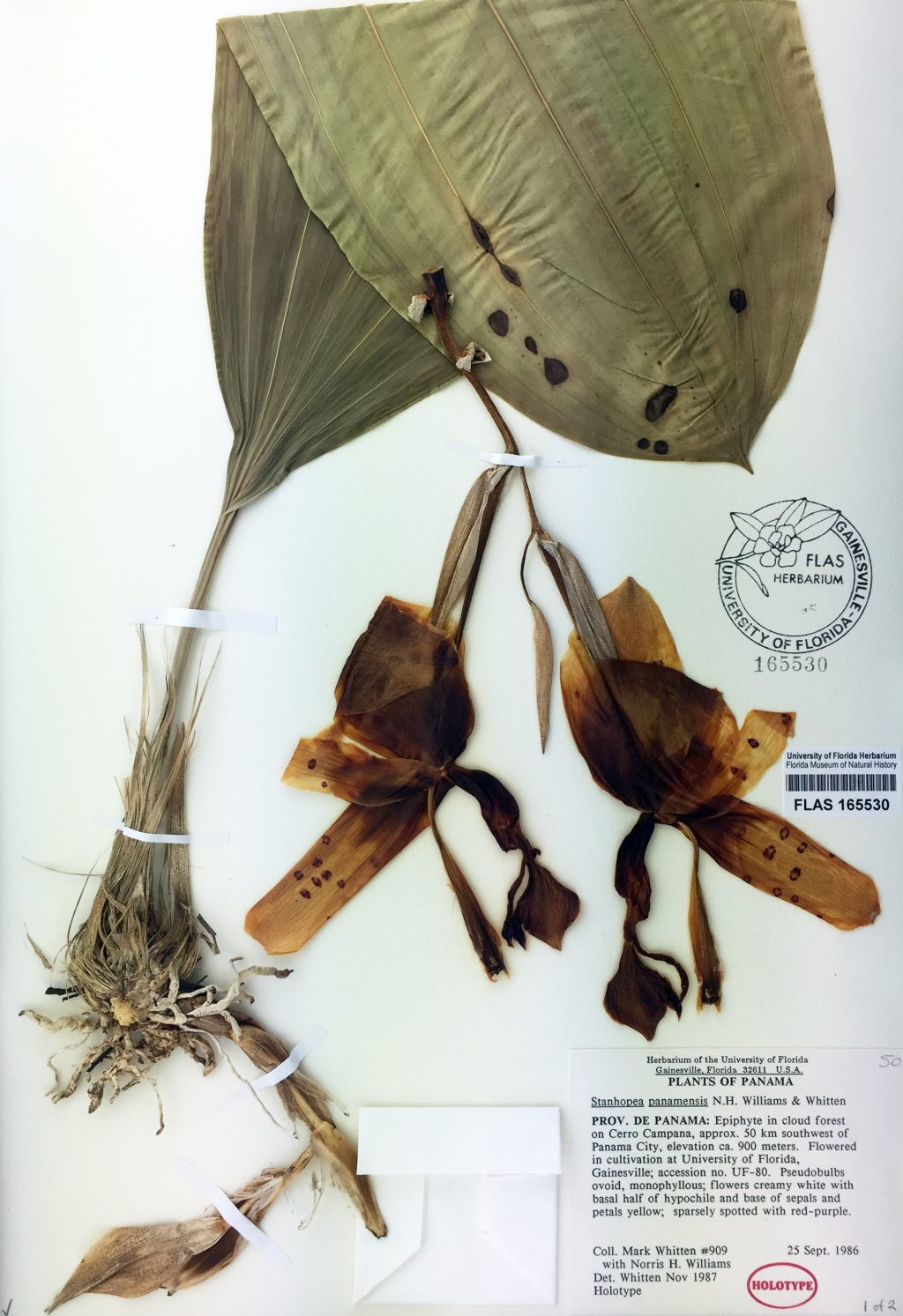 This species of orchid, Stanhopea panamensis, was collected in Panama by Florida Museum botanist Mark Whitten in 1986. The species was described from specimens cultivated at the museum and is now common in botanical gardens and among orchid hobbyists. The flowers on this specimen are creamy white with a yellow base and red-purple spots. 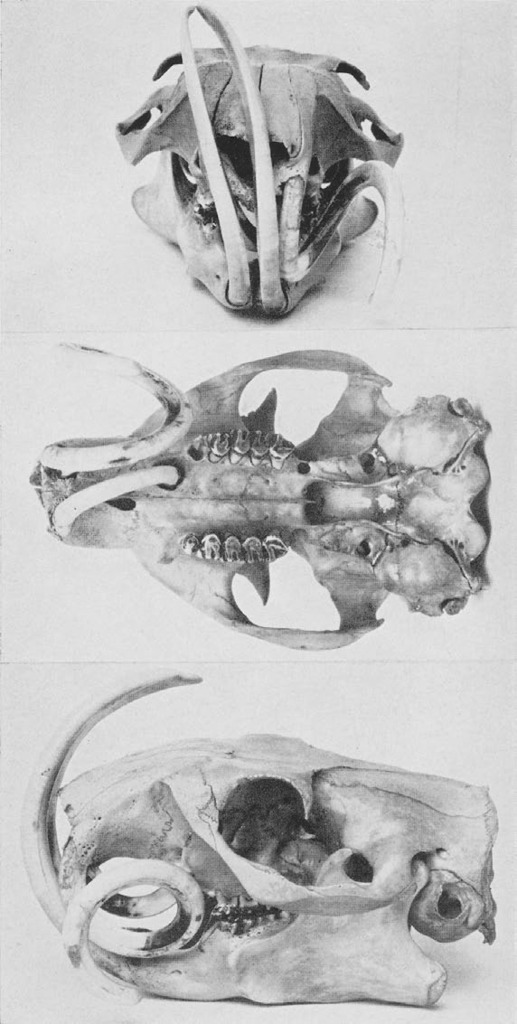 All four incisors of this woodchuck, collected near Woodsfield, Ohio, are abnormally long and curved. Woodchucks usually eat clovers and grass, chewing with a back and forth movement of their jaw. But that motion would have been restricted in this woodchuck, donated to the Yale Peabody Museum of Natural History in 1929 by Herbert Mooney. 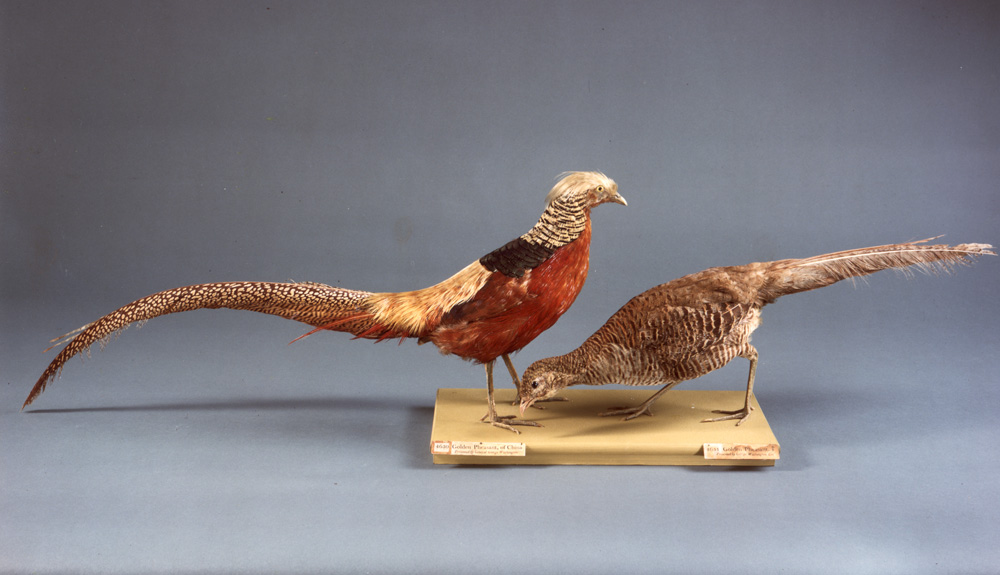 These golden pheasants from King Louis XVI’s aviary were a gift from the Marquis de Lafayette to George Washington. Both died within half a year and were preserved by naturalist and collector Charles Wilson Peale.

Samples of Bacillus anthracis, the source of anthrax, were distributed in the late 1800s to institutions across the U.S., many remaining hidden in microfungal collections for more than 100 years. This specimen from the University of Illinois was destroyed years ago, leaving only this label and envelope. For more on this specimen, see https://www.idigbio.org/content/digitization-project-finds-anthrax-collections 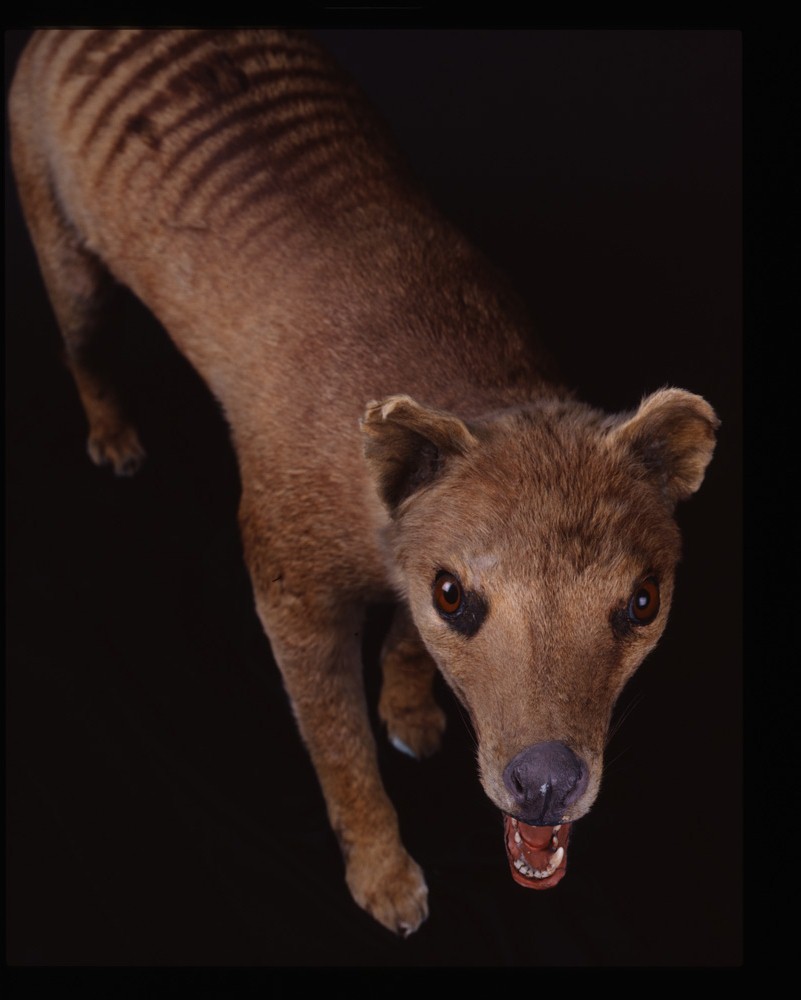 The Tasmanian tiger, also known as the thylacine, was the largest carnivorous marsupial of modern times. Now extinct, it was native to continental Australia, Tasmania and New Guinea. The species was the size of a medium to large dog with a stiff tail, abdominal pouch and dark stripes on the top of its back. The last known Tasmanian tiger died in Hobart Zoo, Tasmania, in 1936.

The portal can be searched by fields such as scientific name, location, collector, time period, region and date collected, unlocking natural history data for researchers, educators and the public.

From tracing the spread of invasive lionfish worldwide to examining an outlier leopard shark collected 155 miles north of its normal range, researchers can tap into information previously accessible only by visiting individual collections in person or online or by borrowing specimens. 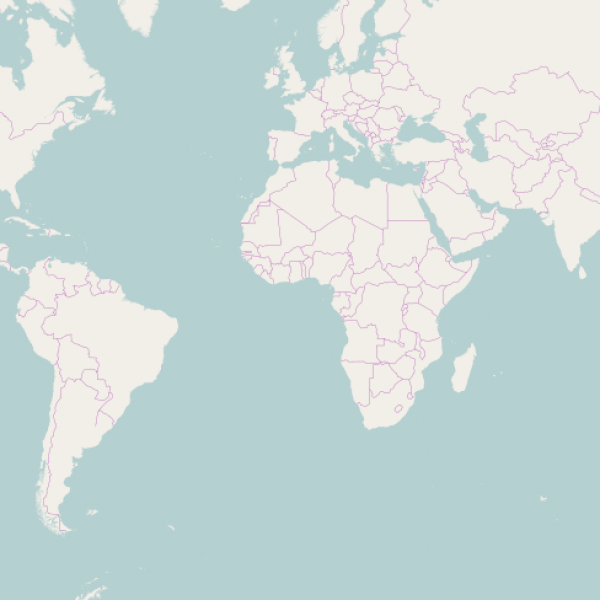 These maps show the spread of invasive lionfish from 1800 to 2017. Native to the Indo-Pacific, lionfish were introduced to Florida’s East Coast in the 1980s either by release or escape from marine aquariums. 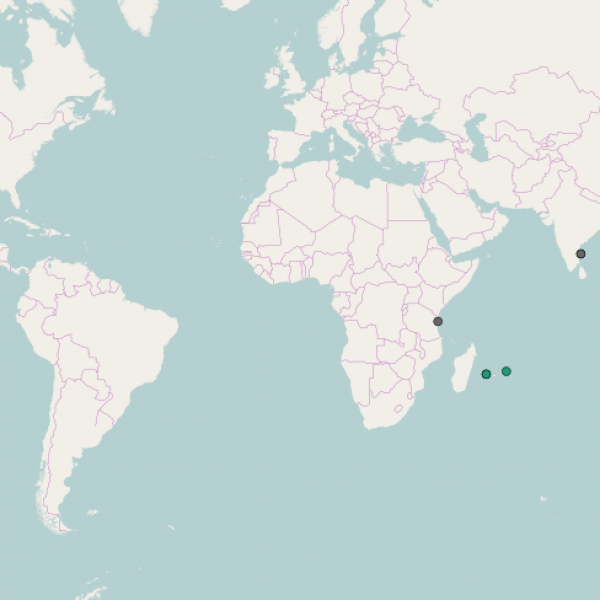 Lionfish have a high reproductive rate, with one female producing up to 2 million eggs a year. With few predators and an appetite for small crustaceans and fish, they pose a threat to the health of coral reef systems throughout the western Atlantic Ocean. 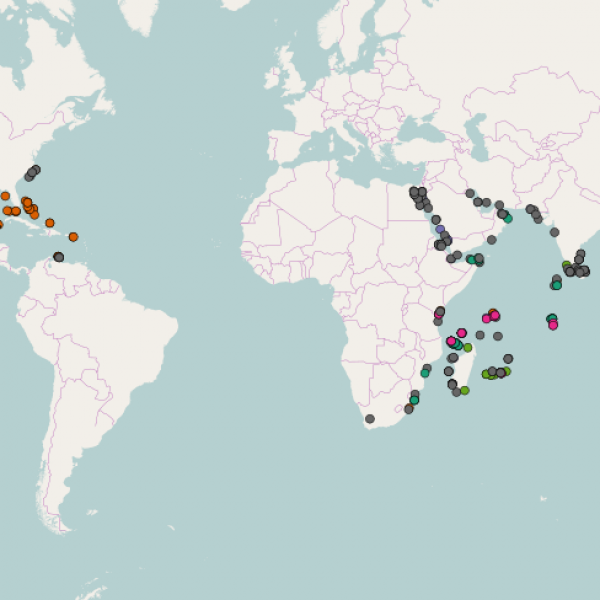 Efforts to curb the spread of lionfish have largely been ineffective. To raise public awareness of the threats they pose and decrease lionfish populations, lionfish “rodeos” are held in Florida. At these events, anglers learn how to safely collect lionfish – usually by spear – and given prizes.

“It’s a matter of mobilizing data, getting them out there and making them discoverable and searchable,” said David Jennings, iDigBio project manager. “Then you might be able to find linkages or discover things about ecosystems that weren’t known before because you had to search in 10 or 15 different places.”

Researchers are using the data to explore a variety of questions, including whether pollinator communities return if their native habitat is restored, how World War II put a damper on insect collecting and how spiders and plants colonize lava flows in Idaho.

iDigBio also offers lesson plans for educators to use in their classrooms, resources for undergraduate students and guides on how citizen scientists can get involved.

Reflecting on how far the program has come since its inception, Page said the challenges of getting it off the ground were daunting.

“Each institution has its own way of doing things, and we are all used to acting alone,” he said. “The problem with tying everything together initially was making an entity that was searchable so the data would be useful to the science community.” 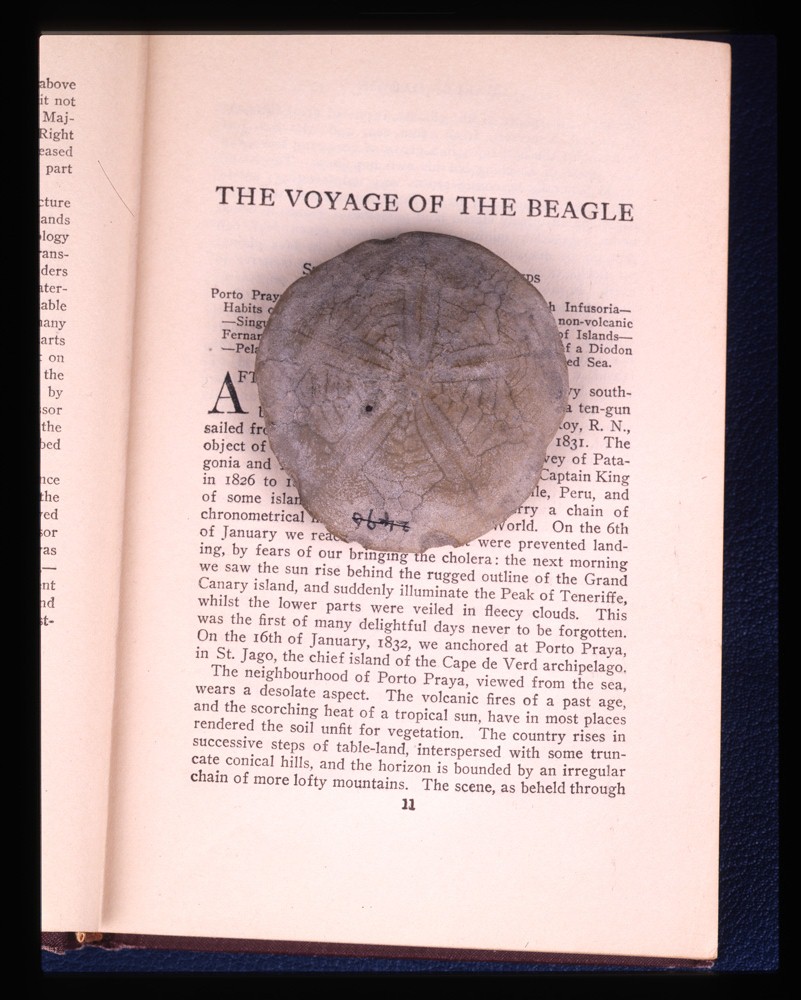 Charles Darwin collected this sand dollar in 1834 during the voyage of the Beagle. Darwin may have sent it to zoologist Louis Agassiz in Neuchatel, Switzerland, where Agassiz taught natural history before coming to Harvard. Darwin sent many of his specimens to experts for identification, and Agassiz was well-known for his work on sand dollars and other echinoids. 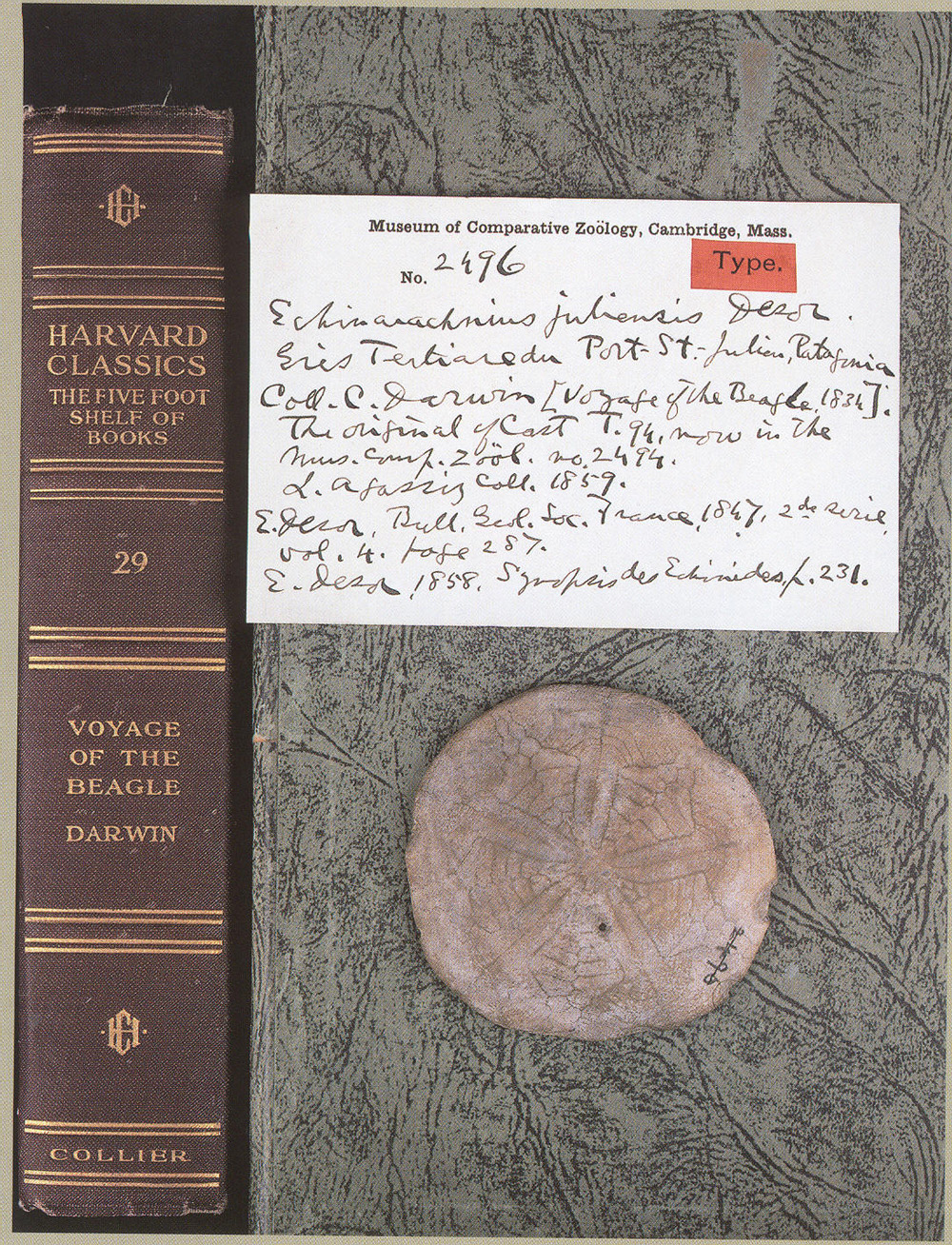 Agassiz may not have had a chance to study the specimen, and it remained with his collections before being transferred to Harvard. Edward Desor, one of Agassiz’s former students, later described the specimen, designating it a holotype.

Changing the culture of curation to include digitization as a natural step in the preservation process has proven to be a bigger obstacle than the technical tangles of standardizing data submitted in various formats and building a database that can hold millions of specimen records, Jennings said.

Many smaller institutions lack the technology, support, funding or know-how to digitize and mobilize their collection data. iDigBio helps fill the gap with training in digitization practices and informatics skills, but the cost of equipment and salaries associated with digitization can still present formidable challenges, he said.

Digitizing a specimen involves several steps: adding information — such as its scientific name, collector, date collected and location — to a database; imaging the specimen via photography, CT scan or audio recording; and georeferencing it by pinpointing where it was collected on a virtual map. Mobilizing these data moves the digitized specimen from a local hard drive to an aggregator so that it can be shared and publicly visible, said Molly Phillips, iDigBio education and outreach coordinator.

“Mobilization describes the process of sharing data online,” she said. “We use that verb as way to encompass all the steps that go into that, and it can be a pretty complicated process.” 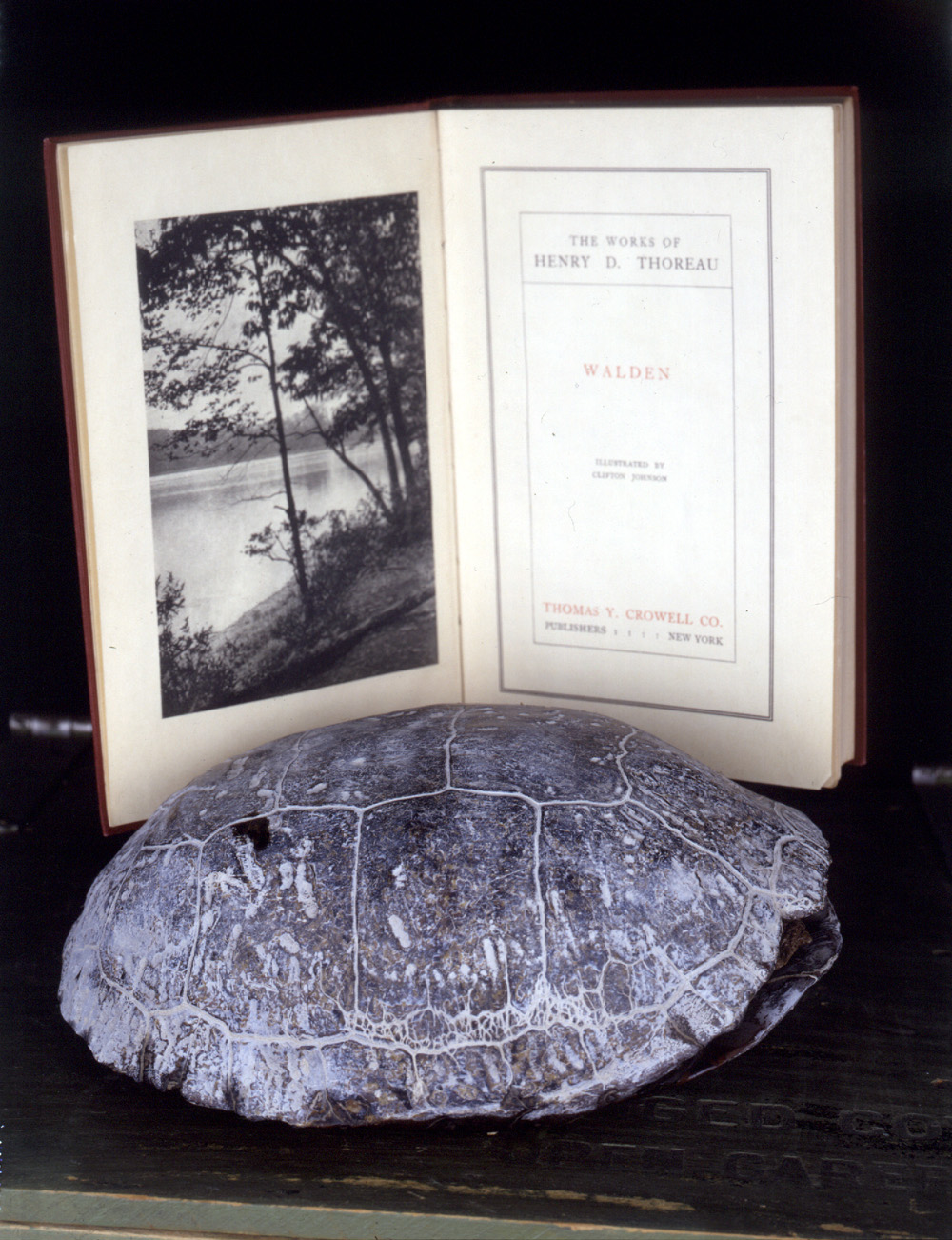 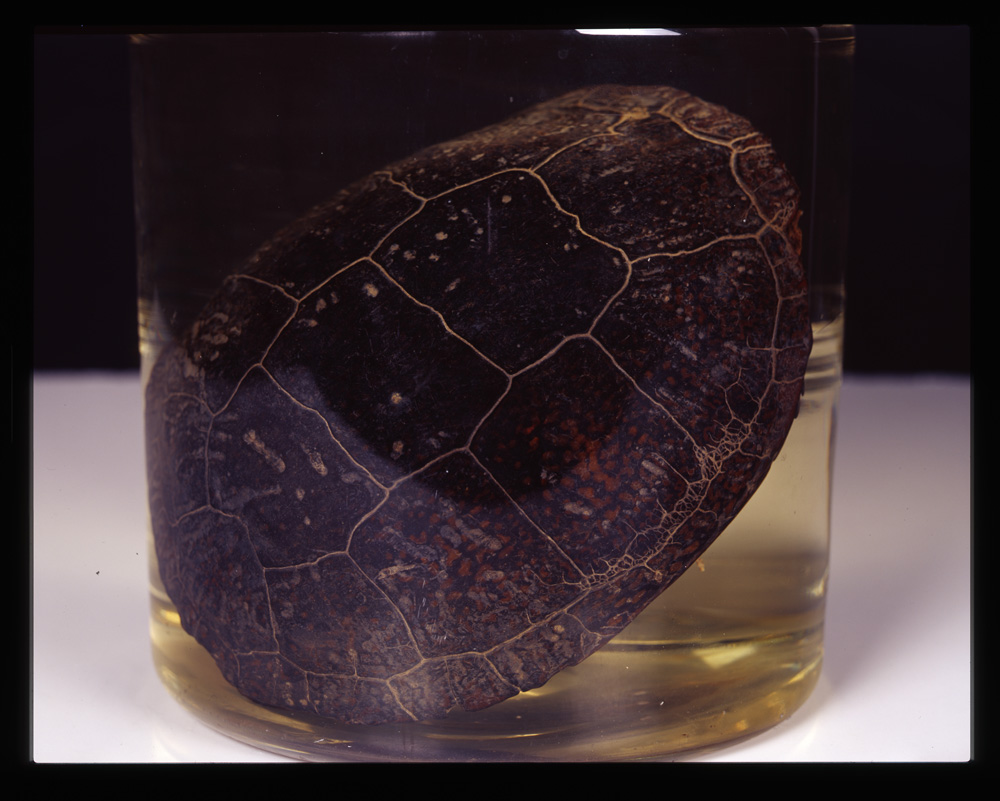 An avid naturalist, Thoreau’s relish for collecting seemed to diminish with this specimen. 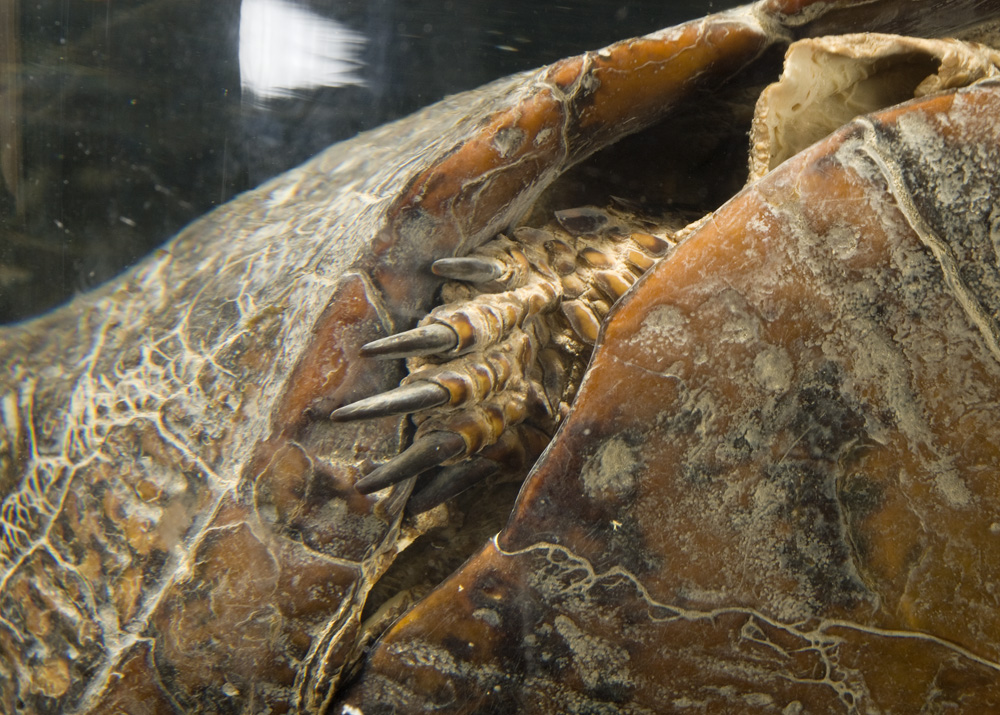 “I have just been through the process of killing the cistudo (Blanding’s turtle) for the sake of science,” Thoreau wrote in a journal entry, “but I cannot excuse myself….”

Natural history collections provide irreplaceable archives of life on Earth, Page said, and digitization helps ensure these resources are preserved for the future.

For example, holotypes, the reference specimens that stand as the defining example of a new species, are stored in collections. Field guides and species distribution maps are based on museum collections. Temporal data allow researchers to study gradual changes in ecosystems and the timing of key biological events such as when plants flower. Collections reveal which species are native and which are invasive. Specimens provide tissue for molecular work, which underpins studies of evolutionary history. And each specimen contains other specimens in the form of gut contents and parasites.

As for iDigBio, passing the 100 million milestone does not mean the program’s work is done, Jennings said.

“We’ve made an effort to identify all the collections in the U.S.,” he said. “That number is continually morphing, but it’s about 1,300. We contact them and see what we can do, find out who has data we can mobilize and get those into our portal. Our scope is to get it all.”

Researcher receives grant to study birds in the Andes