by Josh Silberg and Natalie van Hoose • September 17, 2020
The cough drop-sized parasite Orthione griffenis, native to Asia and Russia, has decimated mud shrimp populations along the West Coast. The parasite on the right is a female with the much smaller male attached. Florida Museum photo by Amanda Bemis and Gustav Paulay

esearchers have identified an invasive blood-sucking parasite on mud shrimp in the waters of British Columbia’s Calvert Island. The discovery represents the northern-most record of the parasite on the West Coast and is likely an indication of its ability to spread without human transport.

Orthione griffenis, a cough drop-sized crustacean native to Asia and Russia, has decimated mud shrimp populations in California and Washington over the past 30 years, causing the collapse of delicate mudflat ecosystems anchored by the shrimp. By the 2000s, it had reached as far as Vancouver Island. The discovery of O. griffenis at Calvert Island, described in a new study, represents a northward leap of more than 180 miles.

Scientists found the parasite during a 2017 bioblitz, organized by the Hakai Institute and the Smithsonian Institution’s Marine Global Earth Observatory, in which they intensely surveyed and documented marine life.

“I was on the lookout for things that seemed out of place,” said study lead author Matt Whalen, a Hakai postdoctoral researcher at the University of British Columbia who studies coastal biodiversity. “But this particular parasite wasn’t initially on my radar.”

Most scientists believed the parasites’ expansion was exclusively mediated by human transport – O. griffenis is thought to have first arrived in North America by traveling in ships’ ballast water. Their appearance at Calvert Island, 150 miles from the nearest city of more than 5,000 people, shows “clearly, they can do it on their own,” said study co-author Gustav Paulay, curator of invertebrate zoology at the Florida Museum of Natural History.

“This is such an astonishingly spectacular part of the planet,” he said. “During the bioblitz, one of the things we talked about was that there were no invasive species at all. And then we found this thing.”

Whalen described the find as “a bit depressing.”

“We tended to associate this parasite with places that have a lot of marine traffic and aquaculture, like California and Oregon,” he said in a statement. “Finding them on Calvert Island really suggests that there’s very little preventing the spread because of the parasite’s life cycle.”

The parasite is a bizarre crustacean called a bopyrid isopod. In the pre-adult part of its life, it hitches a ride on planktonic copepods – an intermediate host that allows the isopods to travel to new and far-flung mudflats in search of shrimp blood. As adults, the parasites attach to the gills of another crustacean host, in this case a mud shrimp, Upogebia pugettensis, and proceed to sap the life from it. Infected mud shrimp are so hard done by that they lack the required energy to reproduce.

Mud shrimp may not be much to look at – much like crayfish with stumpier claws – but these homely crustaceans play an outsized role as environmental engineers in the mudflats of the Pacific Coast. They cycle nutrients when they filter food, pumping oxygenated water into an expansive network of tunnel dwellings, which provide housing for a suite of creatures, including gobies, worms, clams and other shrimp species. The shrimp’s presence affects how the entire mudflat ecosystem functions – or doesn’t.

When a parasite coevolves in the same place as its host, they often reach a sort of détente, Paulay said. After all, the parasite needs a host to survive, and killing it off at once would not make a great long-term strategy. But when a parasite is introduced from elsewhere, that armistice may never arrive.

“The infection rates on Calvert Island were higher than I would’ve anticipated,” Whalen said. “About one in four hosts were parasitized. That’s a pretty good chunk of the population.” 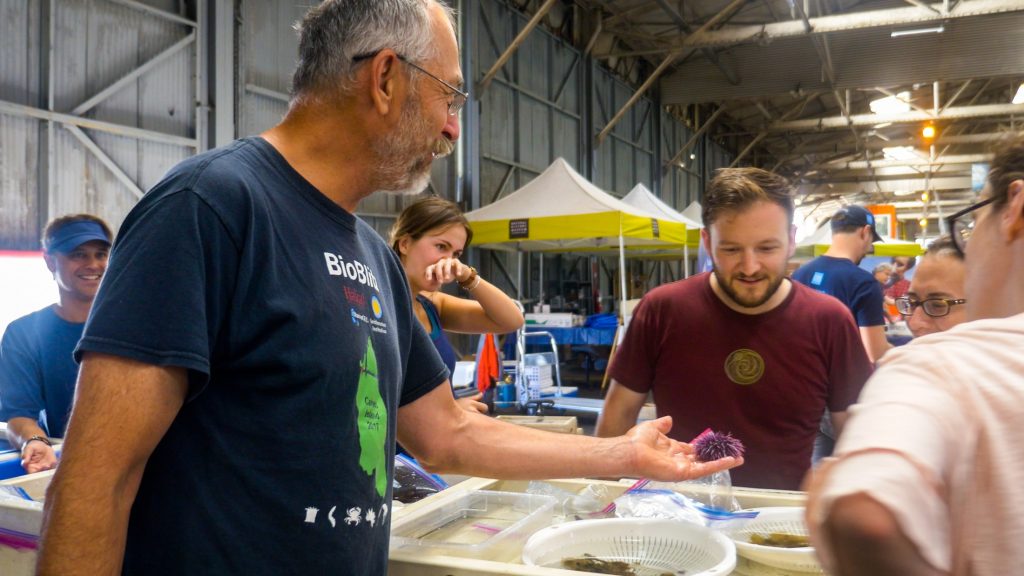 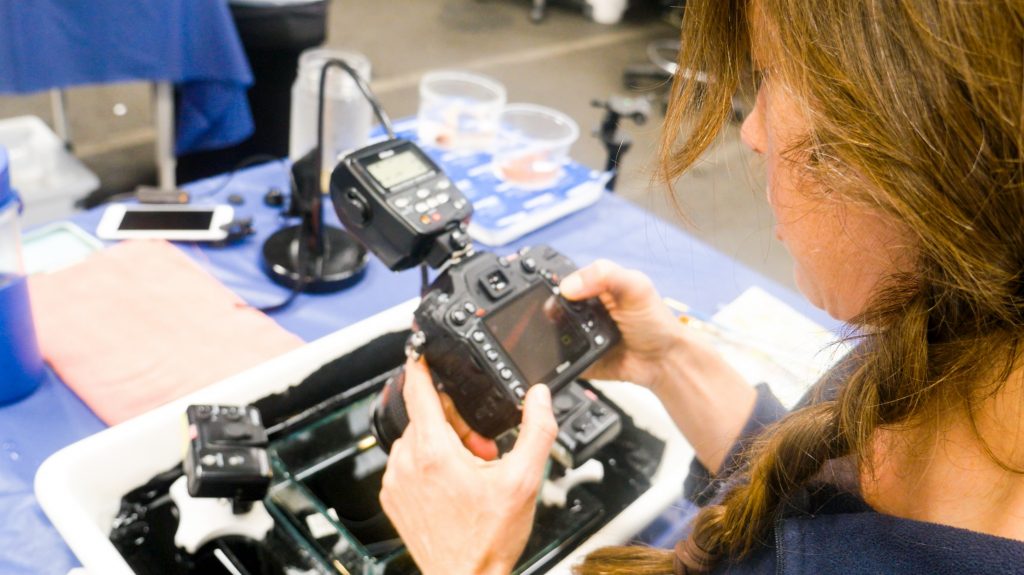 For now, scientists are tracking the northward spread of the parasite. The parasite’s prevalence on Calvert Island shows that it may only be a matter of time before it reaches the North Coast of British Columbia and moves onward to Alaska, the upper edge of the mud shrimp’s range.

For Paulay, the discovery of O. griffenis also underscores how marine bioblitzes can function as early warning systems for invasions.

“Every bioblitz we do, we find invasive species,” he said. “If you catch them early enough, you have a chance to do something about it.”

The researchers published their findings in BioInvasions Records.

Funding for the research was provided by the Smithsonian’s Tennenbaum Marine Observatories Network and the Hakai Institute.