Wisteria has become somewhat iconic in lush gardens in the Southeastern United States. In the spring, it’s easy to locate as the flowers bloom in fragrant clusters of light purple to white along roadsides and up the sides of houses. But wisteria isn’t always what it seems.

1: Wisteria is in the pea/bean family.

Wisteria is a genus of about five to seven species of deciduous, woody vines in the Fabaceae (pea/bean) family. Fabaceae is the third-largest flowering plant family, with around 19,500 known species.

2: Many wisteria plants you see are invasive in Florida.

Many of the invasive plants appear to be a hybrid of Chinese wisteria and Japanese wisteria known as Wisteria × formosa.

The UF/IFAS Assessment of Non-native Plants in Florida’s Natural Areas indicates that Chinese wisteria and Japanese wisteria are both invasive and not recommended in any region of Florida.

3: There is a native species of wisteria.

American wisteria (Wisteria frutescens) is suggested as a Florida-friendly alternative. American wisteria can be distinguished by its shorter (5-10 cm long), denser flower clusters, individual flowers borne on stalks less than 1 cm long and pods that are hairless.

In contrast, Chinese and Japanese wisteria typically have longer flower clusters (up to 50 cm long), individual flowers borne on stalks 1.5 to 2 cm long and pods that are densely hairy. In northern Florida, Chinese wisteria typically blooms in March to early April (before the leaves are fully expanded), while Japanese and American wisteria bloom from April to June.

4: American wisteria is a host plant to native butterflies and moths.

Another reason to choose American wisteria is that native plants support local biodiversity. Several species of butterflies and moths use Wisteria frutescens as a larval host:

5: Wisteria is a toxic plant.

While wisteria flowers are said to be edible in moderation, the rest of the plant is regarded as toxic to both humans and pets, containing several different toxins that can cause severe gastrointestinal distress. The toxins are most concentrated in the pods and seeds.

Note: This should be taken as a reminder to *never* eat any plant unless you are 100% sure of its identity and certain that it is safe to consume. 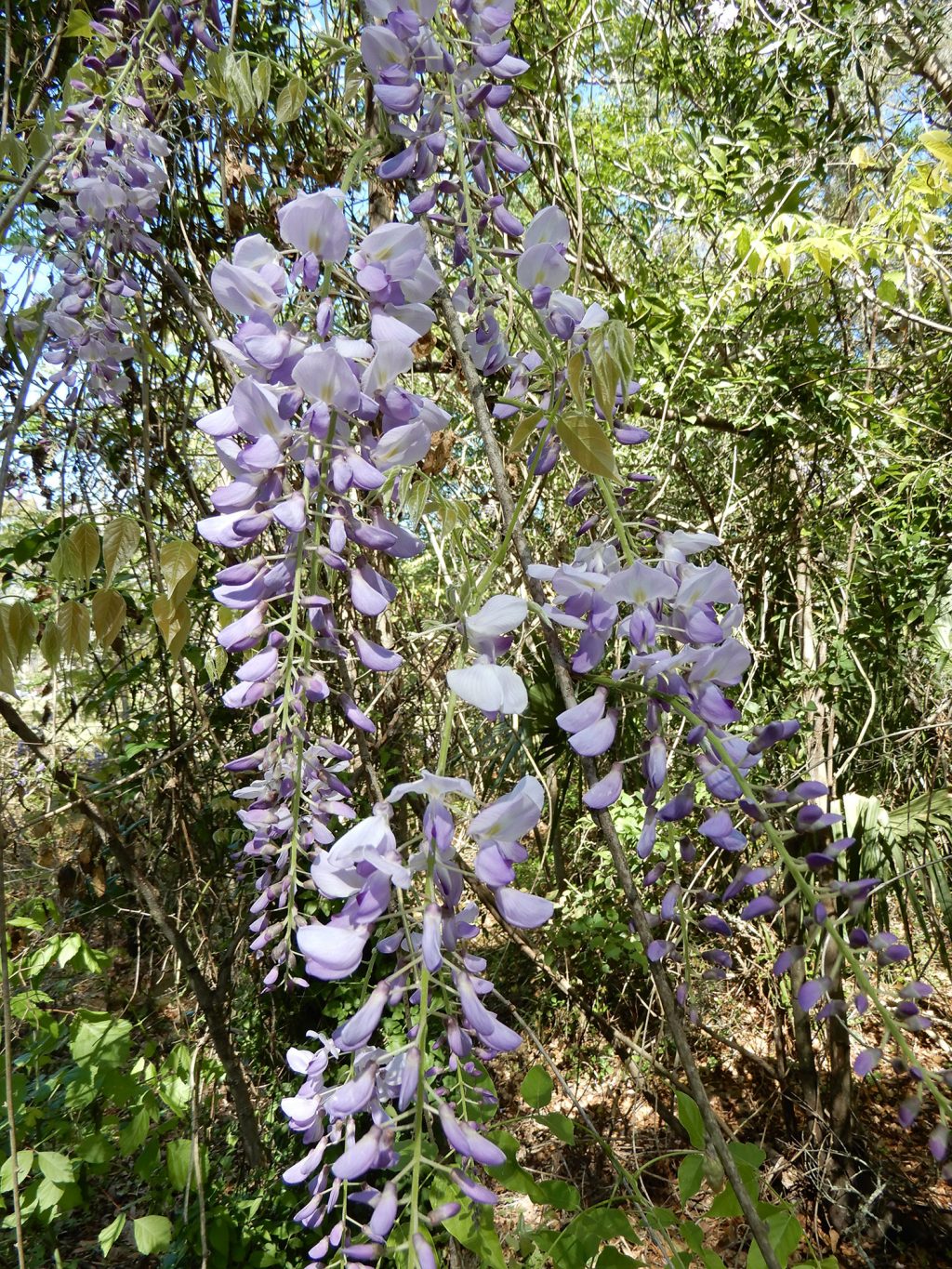 Chinese wisteria (Wisteria sinensis) is an invasive species to Florida and blooms here from April to June. 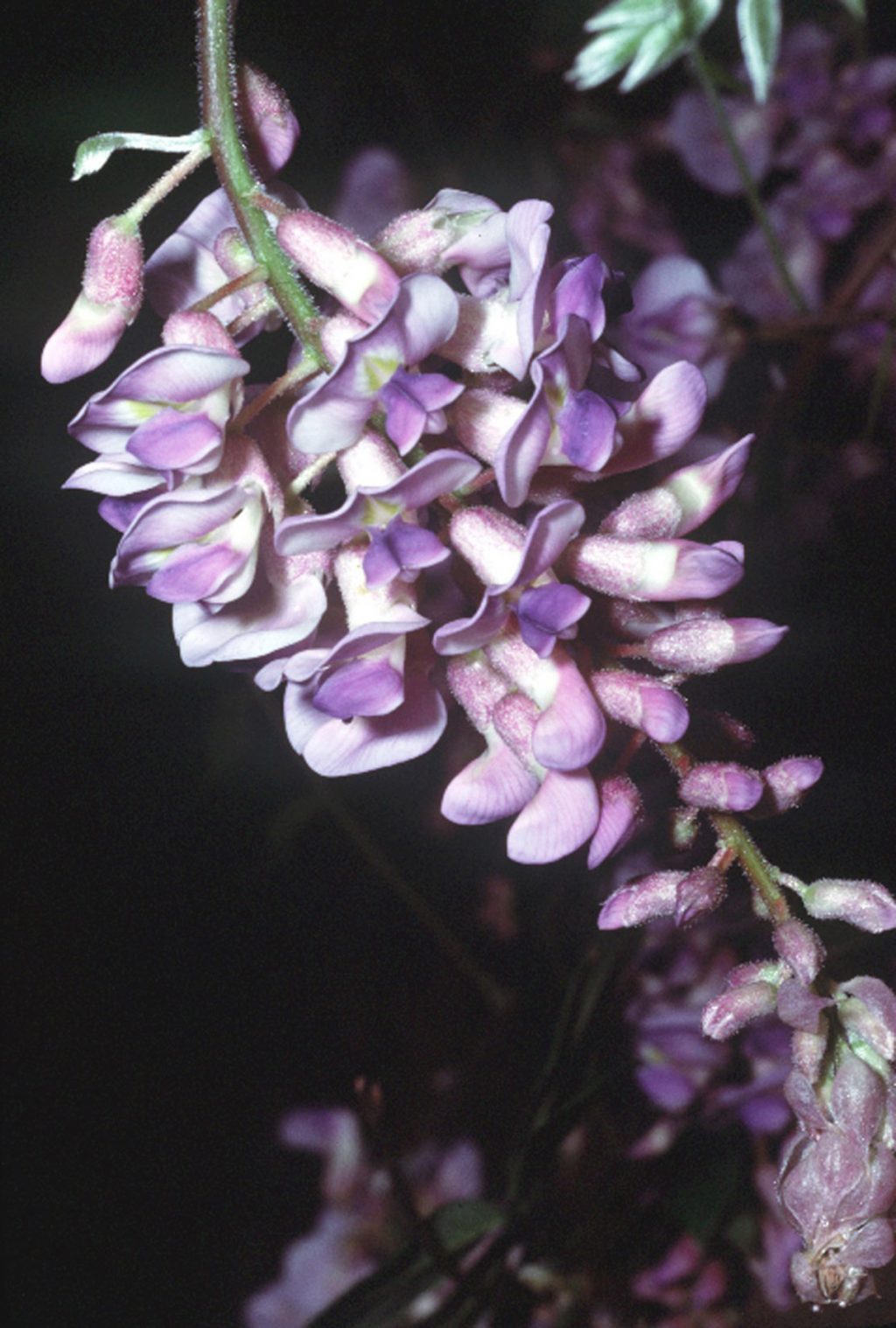 American wisteria is a Florida-friendly alternative to the invasive species of wisteria. 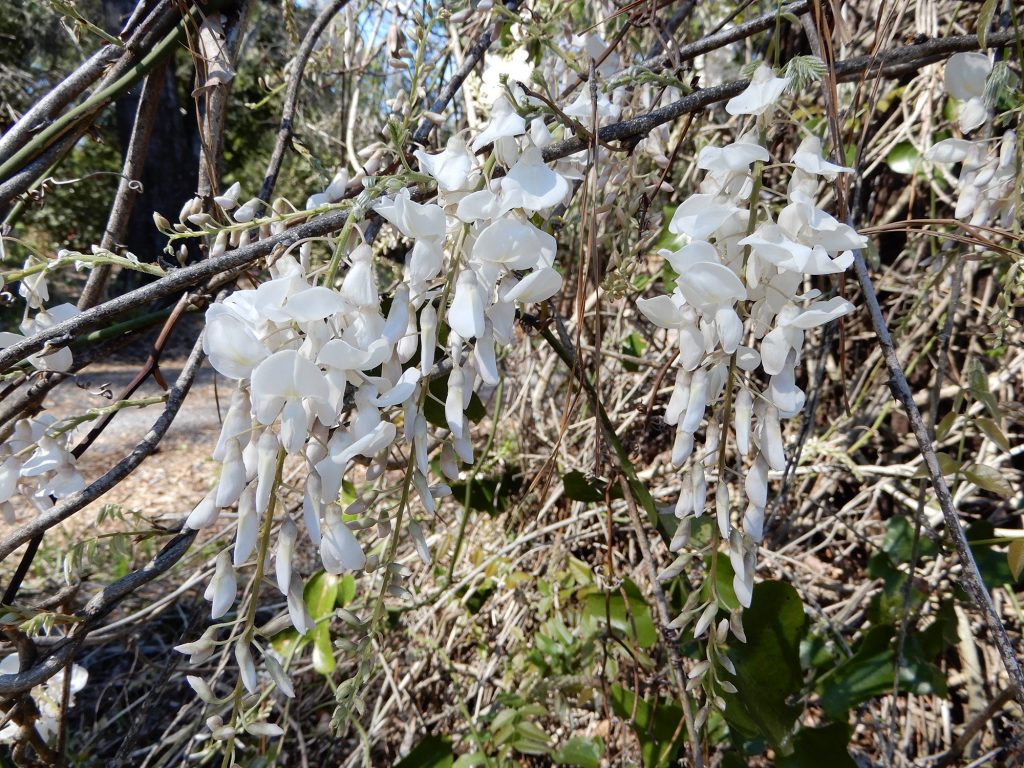 Chinese and Japanese wisteria blooms with flower colors from purple to white to pink. 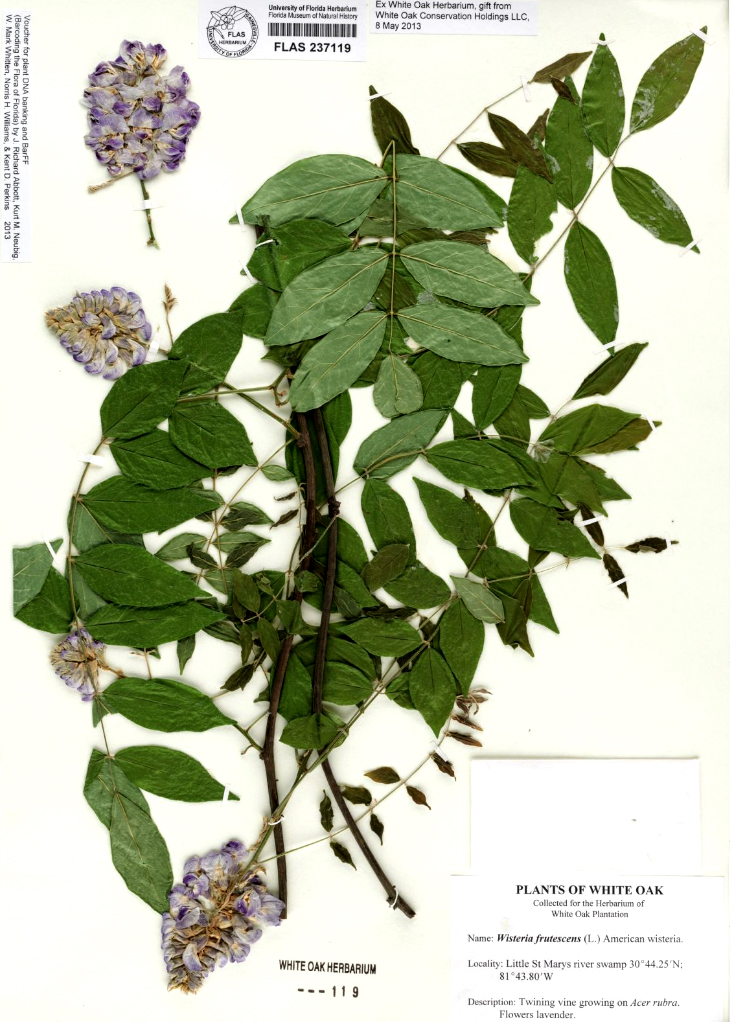