Cat’s-claw vine is a common non-native weed in Florida that usually blooms from March through June. Look for its showy yellow flowers in treetops or littering the ground as you walk through neighborhoods and woodlands or along roadsides. Even when it isn’t flowering, this plant is easy to recognize by its vining habit, claw-like tendrils and woody tubers.​

Cat’s-claw vine, Dolichandra unguis-cati, also known as cat’s claw creeper or yellow trumpet vine, is native to Mexico, Central and South America and much of the Caribbean. Widely distributed as a garden ornamental, it subsequently escaped from cultivation and is now growing wild in the southeastern U.S., southern and eastern Africa, southern Europe, tropical Asia, Australia and a number of Pacific islands, including Hawaii.

2: It is invasive in Florida.

The Atlas of Florida Plants shows that cat’s-claw vine is growing in natural areas in about a third of Florida’s counties. Spreading rampantly as both a groundcover and a climber, it is very effective at smothering and shading out native vegetation. The Florida Exotic Pest Plant Council lists cat’s-claw vine as a Category I invasive, which means it is expanding in range, displacing native plant species and altering natural ecological processes. The UF/IFAS Assessment of Non-Native Species in Florida’s Natural Areas also indicates that cat’s-claw vine poses a high invasion risk in all regions of the state. It has become so problematic that the Florida Department of Agriculture is in the process of adding this species to its noxious weed list, which means it will soon be illegal to propagate or sell cat’s-claw vine in Florida. 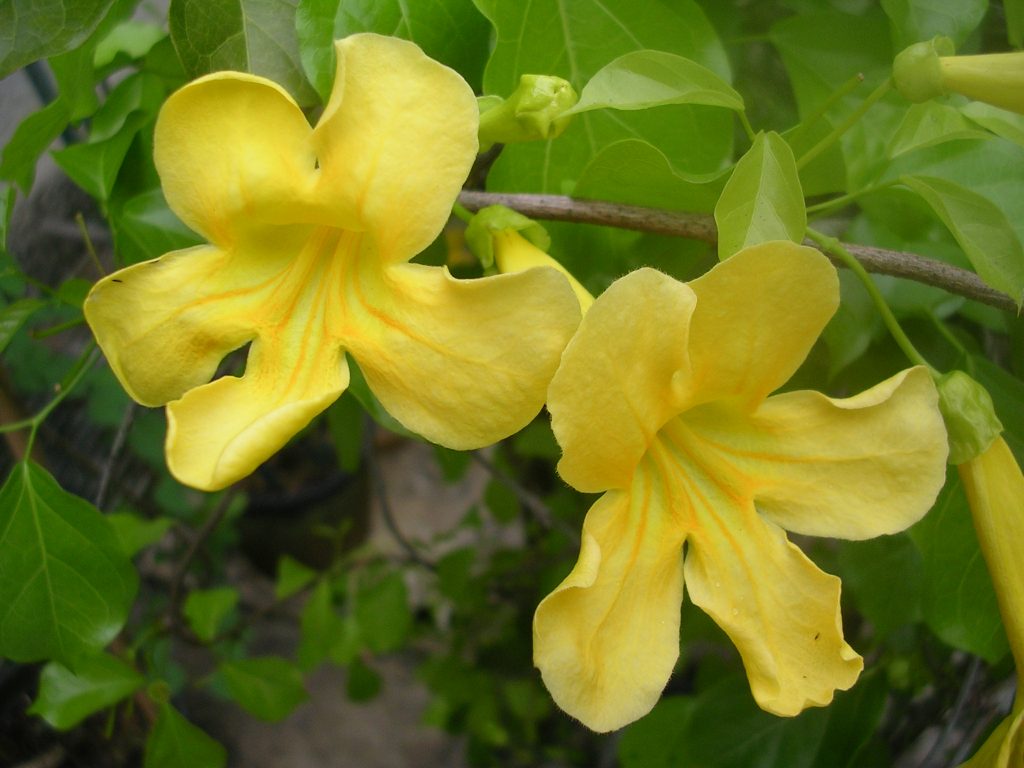 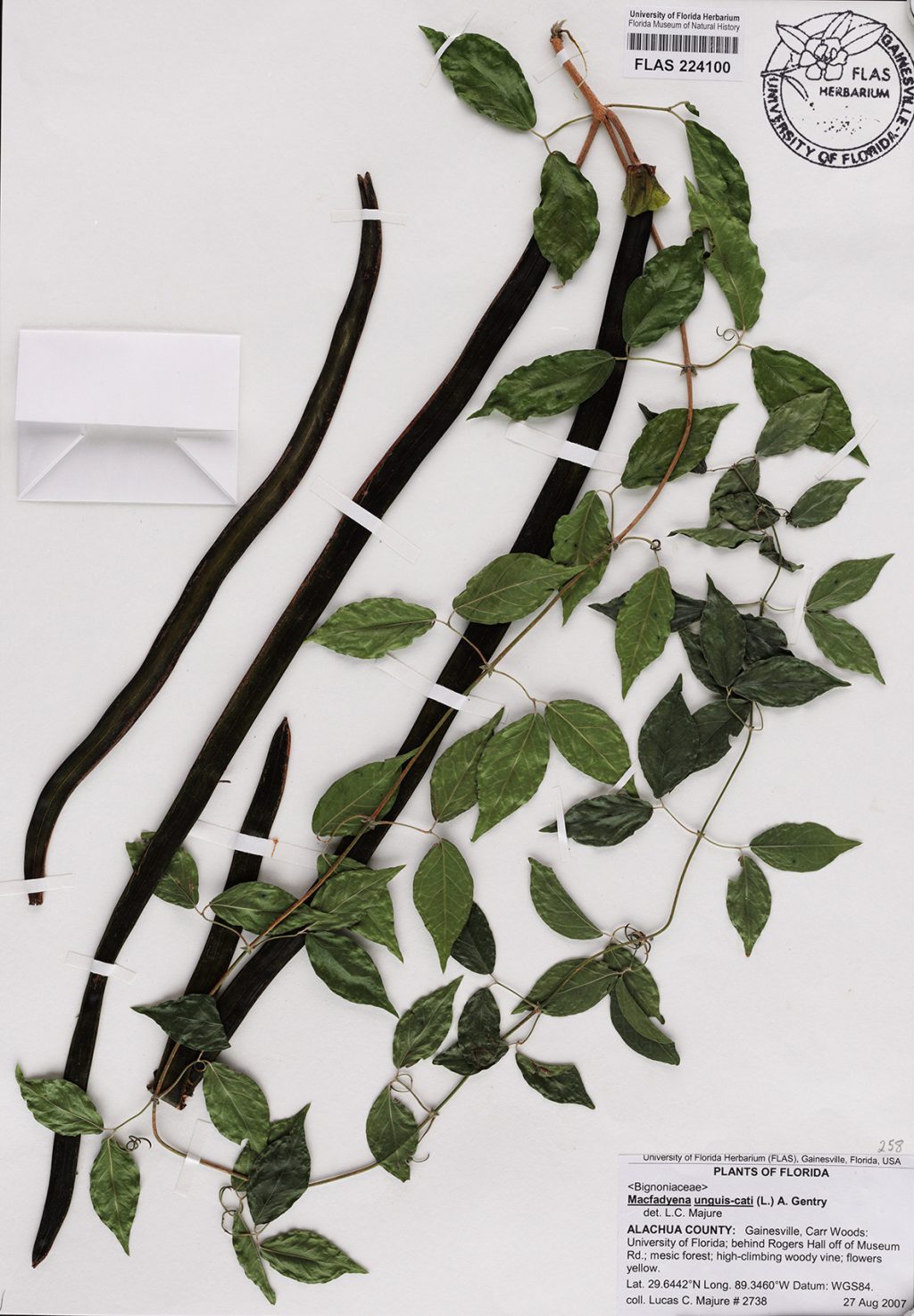 Flowers are followed by long, flat, capsules. At maturity these pods turn from green to brown and open to release numerous winged seeds that are dispersed on wind currents.

Bignoniaceae includes the native crossvine and southern catalpa, as well as popular ornamentals such as yellow trumpet bush, trumpet trees and jacaranda. This family is distinguished by leaves that are usually opposite and compound (consisting of multiple leaflets); flowers that are often showy and trumpet-shaped, with stamens of two lengths (two long and two short); and dry, elongated capsular fruit, which split open at maturity to release numerous flattened, winged seeds readily distributed by the wind.

4: Its common name comes from a unique type of tendril.

Cat’s-claw vine scrambles across the ground until it finds something to climb on. It begins its ascent by means of a terminal leaflet modified into a three-pronged tendril with hooked tips. It is these distinctive, hooked tendrils that give this plant its common name. Vines can eventually climb to 50 feet or more and develop stout woody stems with adventitious roots that help them adhere to tree trunks or other surfaces. Plants produce bright yellow, trumpet-shaped flowers from spring to early summer. Often the flowers are so high, they are only noticed when they litter the ground beneath the tree in which the vine is climbing. 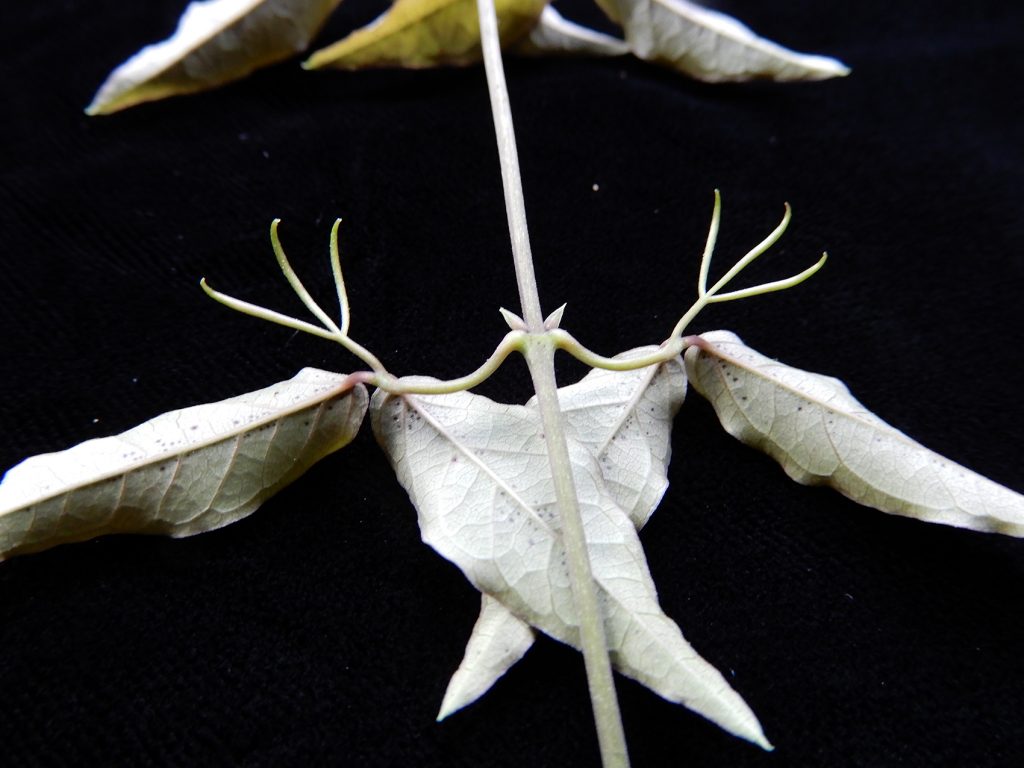 Leaves are opposite and trifoliate, with the terminal leaflet modified into a three-pronged tendril with hooked tips, an adaptation for climbing. 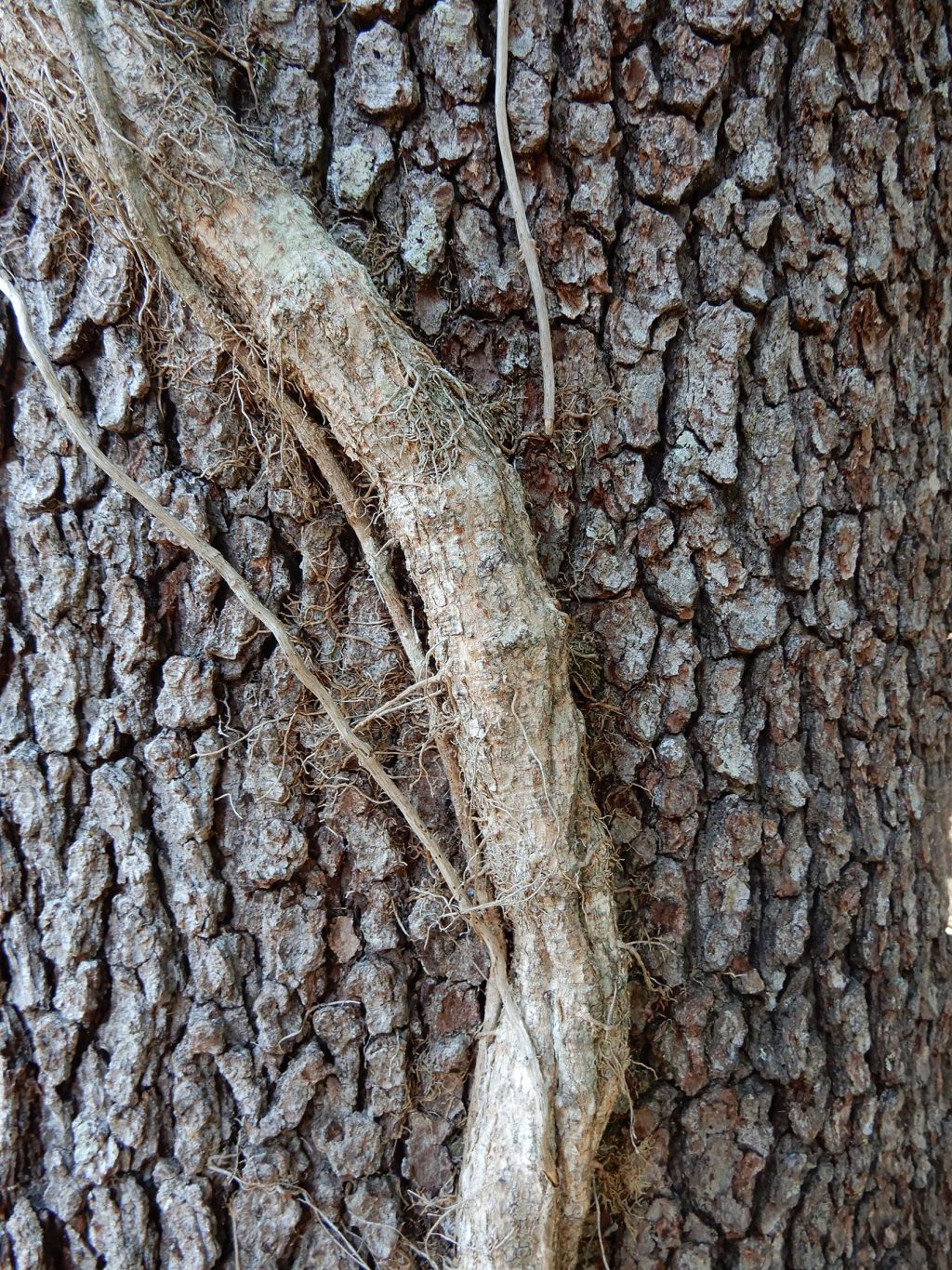 As it matures, cat’s-claw vine forms thick, woody stems with adventitious roots that cling to tree trunks and other surfaces. 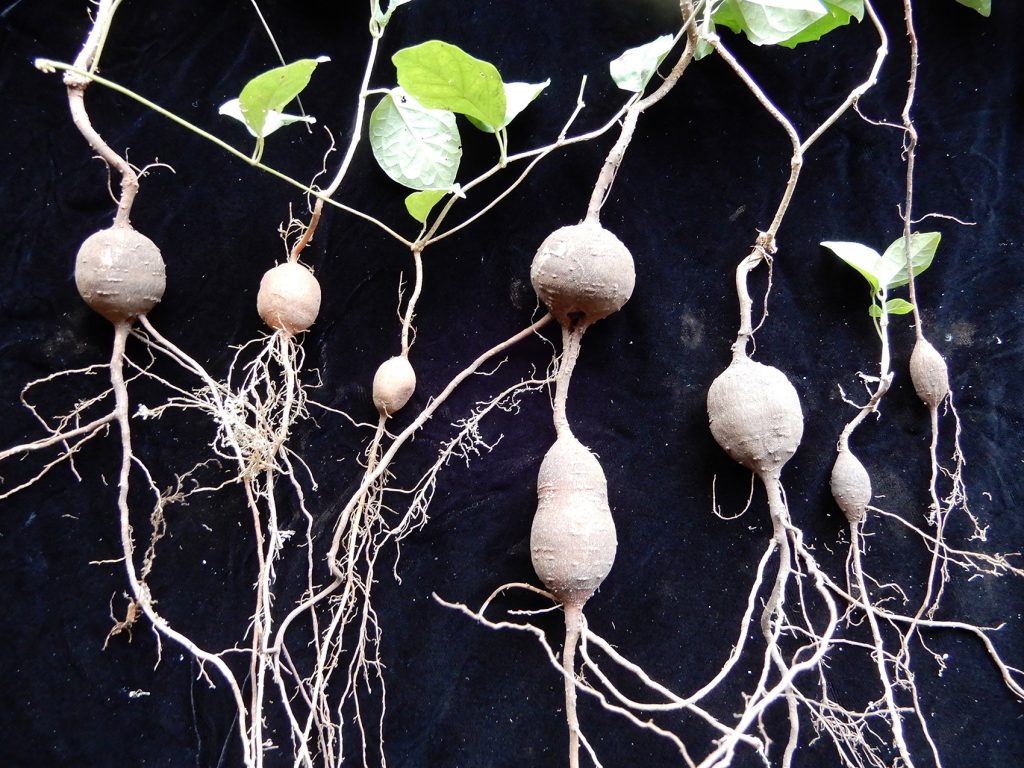 5: It forms a tough, woody tuber that helps it endure drought, cold and eradication efforts.

Within a few weeks of germinating, cat’s-claw vine seedlings begin to form a swollen root that develops into an oblong to round, woody tuber. Tubers are usually about the size of a grape, but on very old plants can be as large as a golf ball or tennis ball. The tubers provide a reserve of moisture and carbohydrates that help fuel growth after vines have frozen in winter or have been cut back. When attempting to remove cat’s-claw vine from your landscape, it is imperative that you dig out the tuber to prevent the plant from returning. Cutting the stems and painting the cut ends with an undiluted herbicide may also be effective in killing the tuber.

More information about cat’s-claw vine and how to control it is available via the UF/IFAS Center for Aquatic and Invasive Plants and UF/IFAS Extension.