Florida Museum of Natural History plant biologist Pam Soltis is part of a 24-member team that aims to sequence the DNA of all of Earth’s known plants, animals, fungi and microbial eukaryotes over a period of 10 years.

The team announced the initiative, known as the Earth BioGenome Project, in a paper published April 23 in the Proceedings of the National Academy of Sciences.

The authors describe the project as “a moonshot for biology,” one that will sequence, catalog and characterize the genomes of about 1.5 million organisms, providing unparalleled insights into the relationships between species, helping reveal the 80 to 90 percent of species unknown to science, and yielding data crucial to advances in agriculture, medicine, biology-based industries and conservation.

“A single genome sequence holds keys to many aspects of an organism – its appearance, adaptations, evolutionary history, and even its past population sizes and how they fluctuated,” said Soltis, a distinguished professor and curator at the Florida Museum on the University of Florida campus. “Imagine if we had this information for every species on Earth. We could unlock problems related to species relationships, evolution and ecology and use the data to solve issues of food security, develop new medicines and improve conservation efforts. The possibilities are limitless.”

Soltis will help coordinate the sequencing of plant genomes and serve as a liaison to the 10,000 Plant Genomes Project, known as 10KP, which she and Doug Soltis, a distinguished professor and curator at the Florida Museum and professor in the UF department of biology, help lead.

Chaired by Harris Lewin of the University of California Davis and co-chaired by Gene Robinson of the University of Illinois at Urbana-Champaign and W. John Kress of the Smithsonian Institution, the Earth BioGenome Project team estimates the initiative will cost about $4.7 billion. But, they add, the return on investment could be staggering.

“The EBP will lay the scientific foundation for a new bio-economy that has the potential to bring innovative solutions to health, environmental, economic and social problems to people across the globe, especially in under-developed countries that have significant biodiversity assets,” Lewin said in a UC Davis press release. 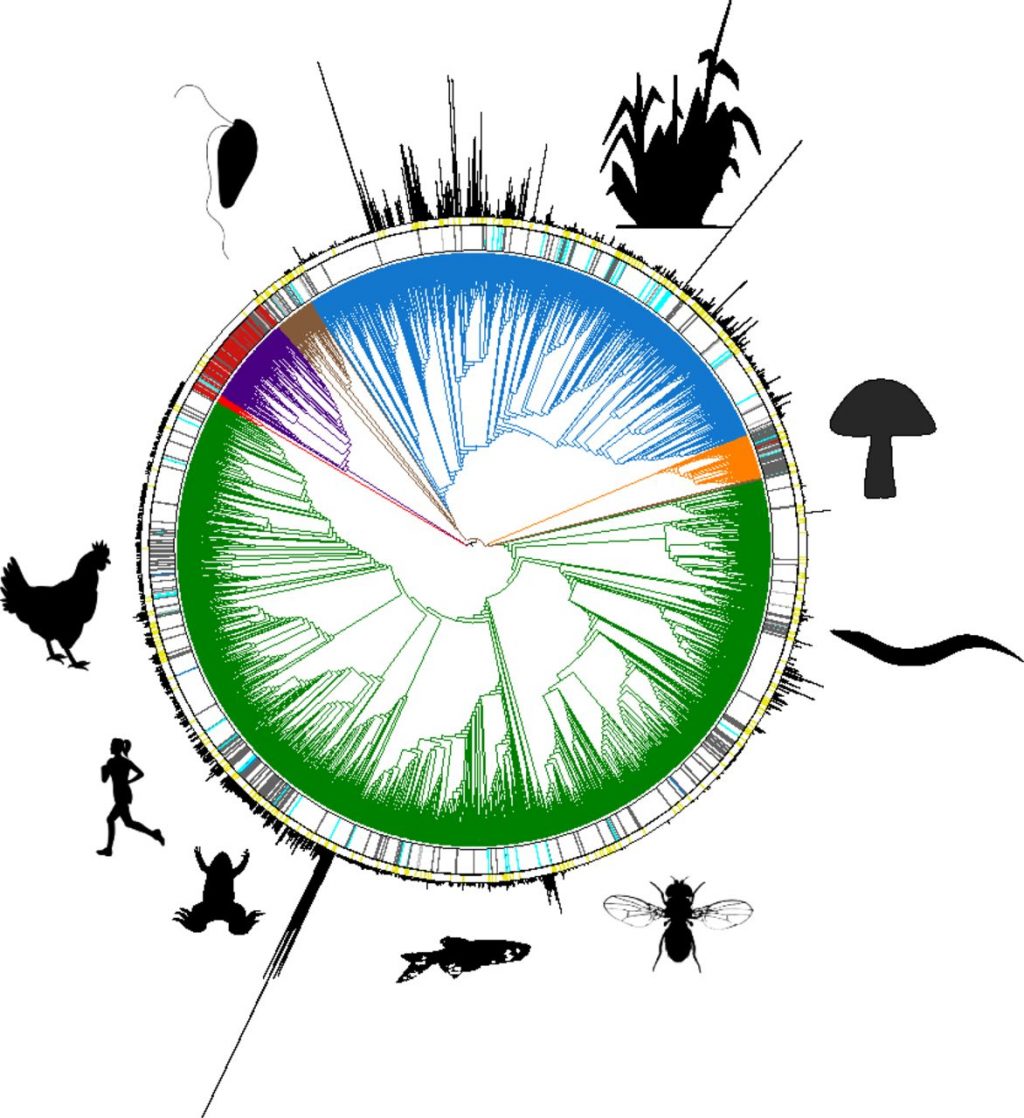 This phylogeny, or family tree, shows the relationships between organisms whose DNA has been sequenced to the level of genus. Kingdom Archaea is represented in red, Bacteria purple, Fungi orange, Plantae blue, Protista brown and Animalia green. 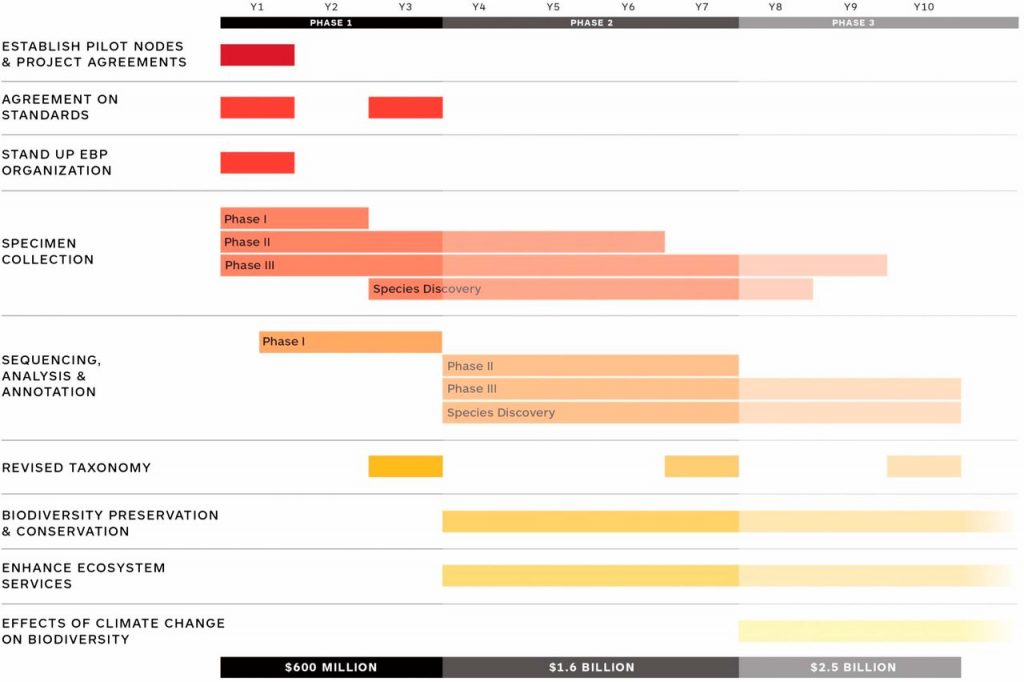 This chart outlines the proposed 10-year roadmap for the Earth BioGenome initiative.

Still, the challenges are daunting: As of October 2017, the National Center for Biotechnology Information’s database housed the genomes of less than 0.2 percent of known eukaryotes, organisms whose cells have a nucleus enclosed within a membrane.

But Soltis is optimistic that the project can succeed.

“Sequencing technology continues to improve, making the acquisition of genome sequences easier and cheaper,” she said. “The big challenges will be in data management, genome assembly, and analysis – but I suspect there will be solutions to these problems by the time we really need to solve them.”

The team stressed that a coordinated international effort is essential to the project’s success. They will rely on partnerships with a “global network of communities,” each community contributing to the project and following the project’s protocols and standards.

Museum collections also have an important role to play in the success of the project, Soltis said.

A substantial proportion of the 10,000 plant genomes to be sequenced by 10KP may come from herbarium specimens, as methods for extracting quality DNA from specimens have improved. This will allow the team to use thousands of organisms already on hand in museums and other research institutes.

Soltis said the speed with which gene-sequencing technology has advanced over the past few decades is “mind-boggling.”

“It doesn’t seem like that long ago that we were just learning to sequence DNA – in very small pieces. And now we’re not just sequencing individual genes or genomes, but thousands of genomes are currently in process or being planned.”

Note: Some content adapted from a UC Davis press release by Lisa Howard.

Learn more about the Laboratory of Molecular Systematics and Evolutionary Genetics at the Florida Museum.