by Natalie van Hoose • May 1, 2020
Gulf Coast ceremonial feasts typically featured oysters, said archaeologist C. Trevor Duke. But while past feasts often included deer and other large animals, the menu dwindled to oysters and little else after climatic changes and social upheaval hit the region. UF/IFAS photo by Tyler Jones

More than a thousand years ago, people from across the Southeast regularly traveled to a small island on Florida’s Gulf Coast to bond over oysters, likely as a means of coping with climate change and social upheaval.

Archaeologists’ analysis of present-day Roberts Island, about 50 miles north of Tampa Bay, showed that ancient people continued their centuries-long tradition of meeting to socialize and feast, even after an unknown crisis around A.D. 650 triggered the abandonment of most other ceremonial sites in the region. For the next 400 years, out-of-towners made trips to the island, where shell mounds and a stepped pyramid were maintained by a small group of locals. But unlike the lavish spreads of the past, the menu primarily consisted of oysters, possibly a reflection of lower sea levels and cool, dry conditions.

“What I found most compelling was the fact that people were so interested in keeping their ties to that landscape in the midst of all this potential climate change and abandonment,” said Duke, a Ph.D. candidate in the University of Florida department of anthropology. “They still put forth the effort to harvest all these oysters and keep these social relationships active. These gatherings probably occurred when different groups of people were getting together and trying to figure out the future.” 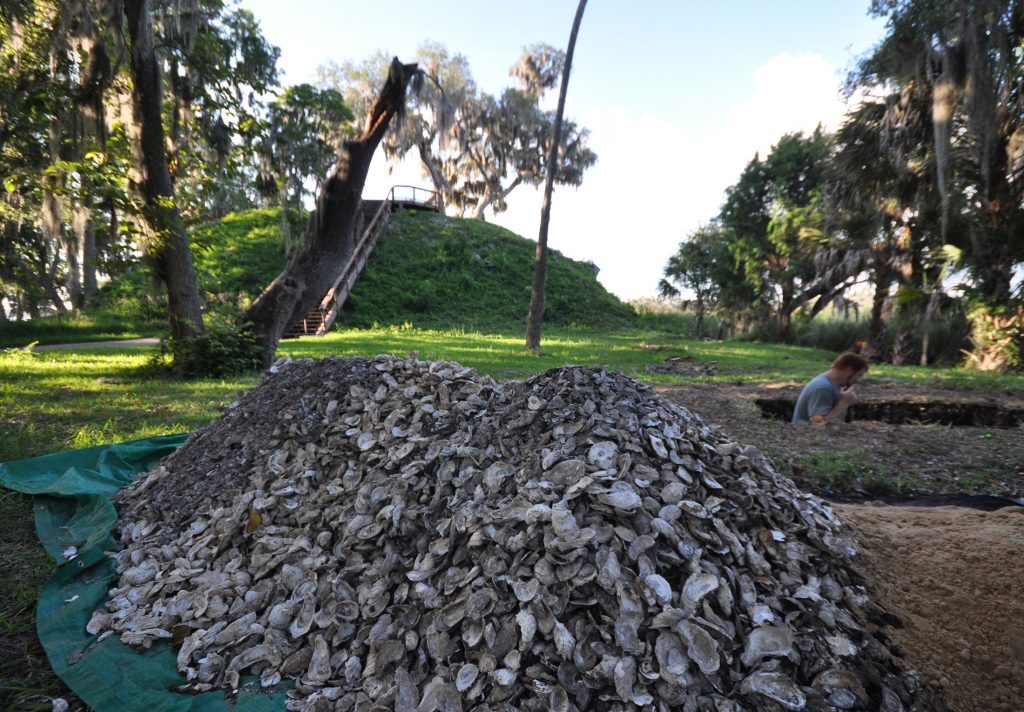 People gathered at Crystal River for religious ceremonies and feasts between A.D. 50-650. With shell mounds, a burial ground and a large plaza, the ceremonial center grew while temperatures and sea levels were high. 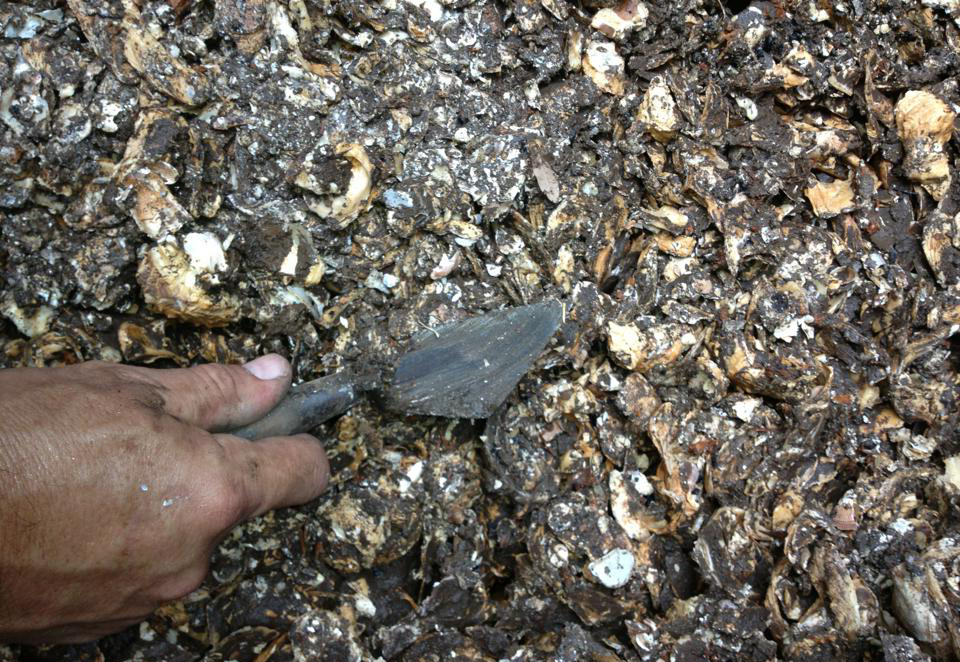 Researchers hand-excavated, screened and analyzed animal remains from Crystal River and the smaller ceremonial site that was later built on Roberts Island to determine what residents likely ate on a day-to-day basis and what they served guests at feasts.

Duke and his collaborators compared animal remains from shell mounds and middens – essentially kitchen trash heaps – at Roberts Island and Crystal River, home to an older, more prominent ceremonial site. Their findings showed Crystal River residents “pulled out all the stops” for ritual feasts, regaling visitors with deer, alligator, sharks and dozens of other dishes, while at Roberts Island, feasts consisted of “oysters and very little else,” Duke said.

The Roberts Island ceremonial site, which was vacated around A.D. 1050, was one of the last outposts in what was once a flourishing network of religious sites across the Eastern U.S. These sites were characterized by burial grounds with distinctly decorated ceramics known as Swift Creek and Weeden Island pottery. What differentiated Roberts Island and Crystal River from other sites was their continuous occupation by a small group of residents who prepared for the influx of hundreds of visitors – not unlike Florida’s tourist towns today.

“These were very cosmopolitan communities,” Duke said. “I’m from Broward County, but I also spent time in the Panhandle, so I’m used to being part of a small residential community that deals with a massive population boom for a month or two months a year. That has been a Florida phenomenon for at least two thousand years.” 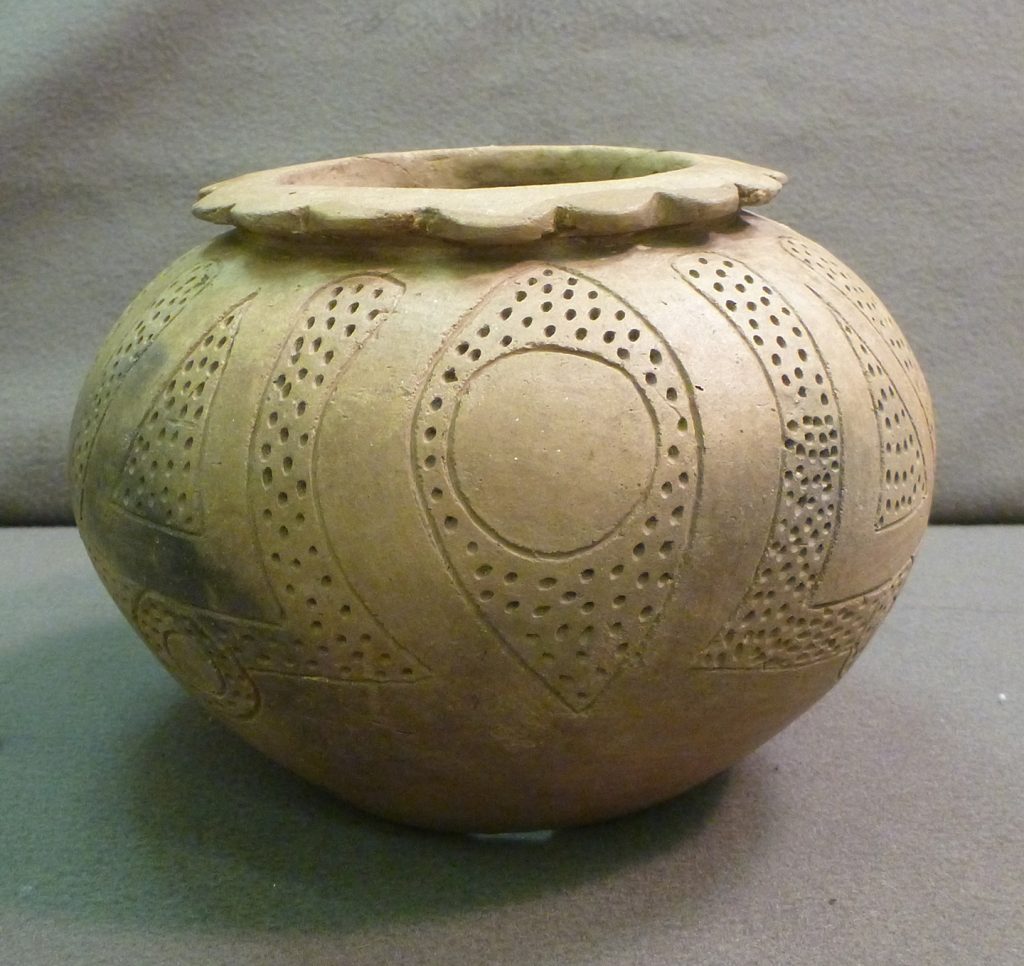 Weeden Island pottery, such as this intricately decorated piece excavated at the Crystal River burial mound, is a hallmark feature of a once-flourishing network of religious ceremonial sites across the Eastern U.S. 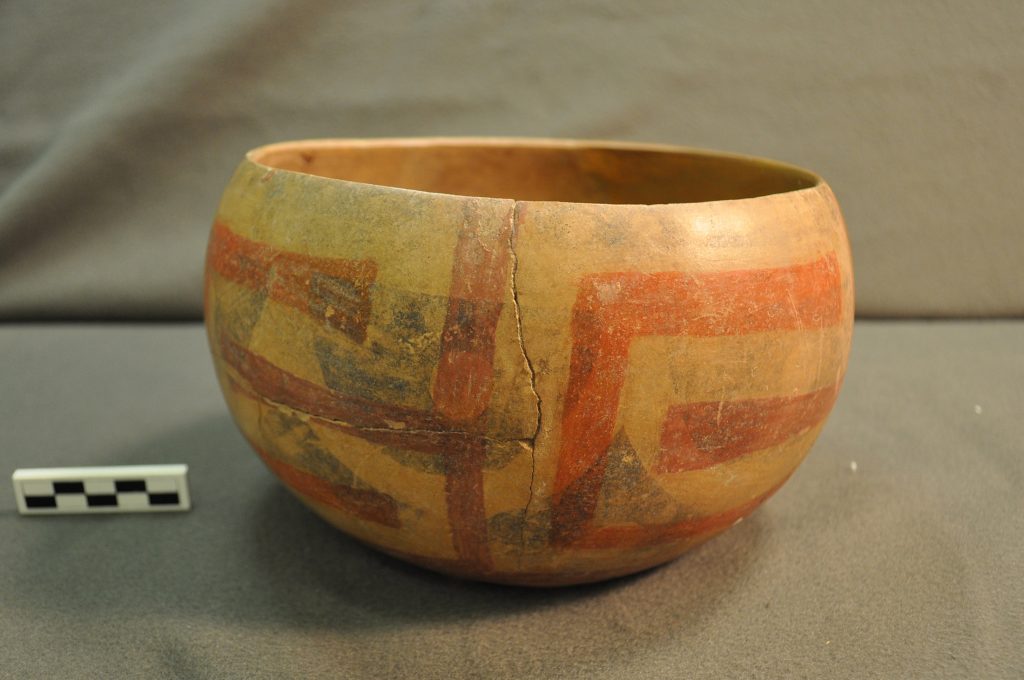 This example of Weeden Island pottery was recovered from the burial mound complex at Crystal River.

Archaeologists estimate small-scale ceremonies began at Crystal River around A.D. 50, growing substantially after a residential community settled the site around A.D. 200. Excavations have uncovered minerals and artifacts from the Midwest, including copper breastplates from the Great Lakes. Similarly, conch shells from the Gulf Coast have been found at Midwestern archaeological sites.

“There was this long-distance reciprocal exchange network going on across much of the Eastern U.S. that Crystal River was very much a part of,” Duke said.

Religious ceremonies at Crystal River included ritual burials and marriage alliances, Duke said, solidifying social ties between different groups of people. But the community was not immune to the environmental and social crises that swept the region, and the site was abandoned around A.D. 650. A smaller ceremonial site was soon established less than a mile downstream on Roberts Island, likely by a remnant of the Crystal River population.

Duke said evidence suggests that Roberts Island residents also had to travel farther to harvest food. As sea levels fell, oyster beds may have shifted seaward, possibly explaining why the Crystal River population relocated to the island, which was small and had few resources.

“Previous research suggests that environmental change completely rearranged the distribution of reefs and the ecosystem,” Duke said. “They had to go far out to harvest these things to keep their ritual program active.”

No one knows what caused the widespread abandonment of most of the region’s ceremonial sites in A.D. 650, Duke said. But the production of Weeden Island pottery, likely associated with religious activities, ramped up as bustling sites became ghost towns.

“That’s kind of counterintuitive,” he said. “This religious movement comes on really strong right as this abandonment is happening. It almost seems like people were trying to do something, create some kind of intervention to stop whatever was happening.”

The study was published in Southeastern Archaeology.

Thomas Pluckhahn of the University of South Florida and J. Matthew Compton of Georgia Southern University also co-authored the study.