These slender green frogs are one of the most common found in Florida. They’re also fairly integrated into urban environments, so these nocturnal frogs can be easily found around homes and buildings at night, feeding on insects attracted to lights.

Small, slender and smooth, usually 1 to 1.5 inches long. They are often green but can be tan, gray or brown and can even have mild splotches. Sometimes their sides have a light stripe, and when they are green, they usually have a yellow upper lip. They look very similar to the Green treefrog. 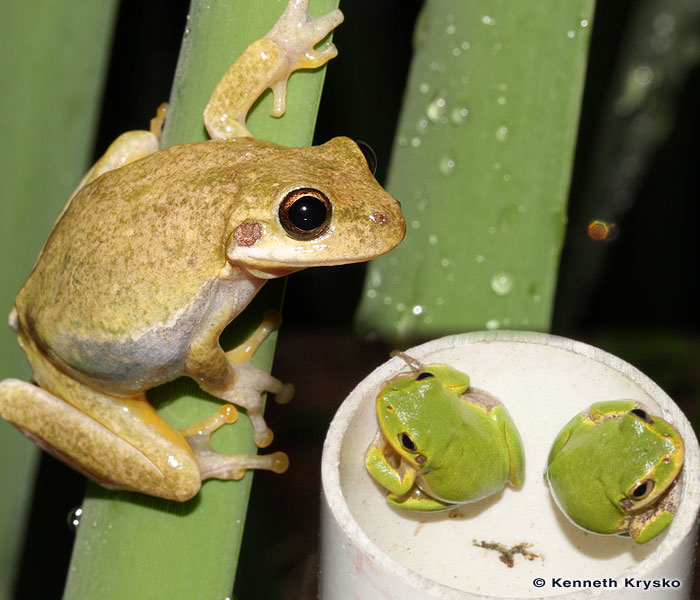 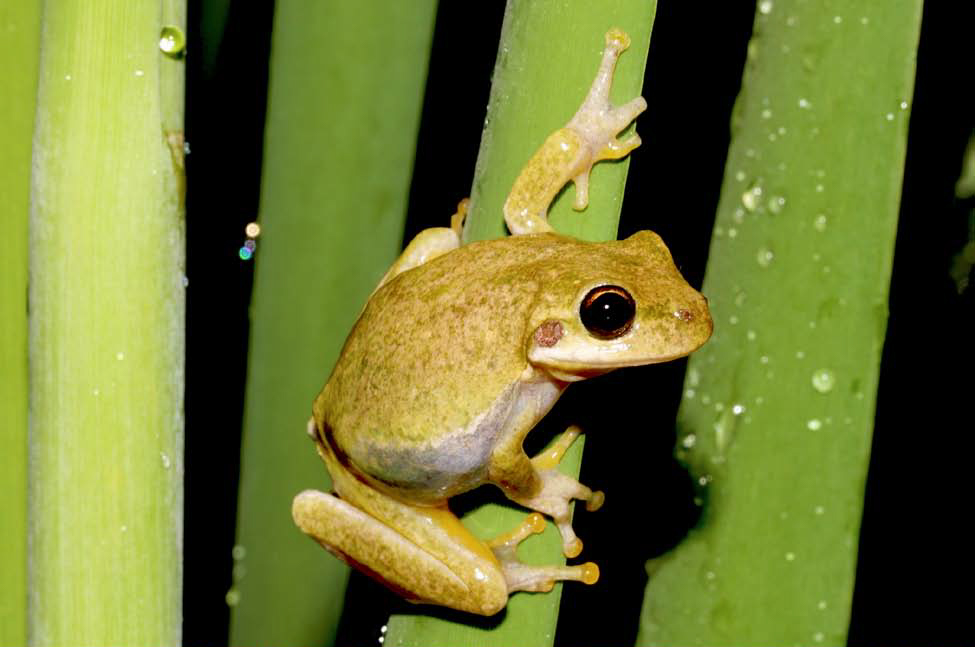 Squirrel treefrogs live in a variety of habitats, from hardwood hammocks to floodplain swamps, and they are comfortable in urban areas around homes and buildings. At night they climb into bushes and trees (or on houses around light fixtures), and during the day they gather in groups under loose bark or in holes. During periods of rain, they migrate downhill toward temporary or shallow bodies of water to mate and reproduce.

These social frogs are known to hibernate in large groups under loose bark or in hollow trees. They’ve adapted to suburban living so they’re also found in towns and cities throughout Florida, and they’re commonly found in unexpected places.