These slender green frogs are shy and nocturnal. They eat bugs, live in trees and shrubs, and lay eggs in ponds and marshes.

Small and smooth-skinned, usually 1 to 2.5 inches long. Skin color varies from grayish-green to dark green to bright green. Many have a distinct light stripe on each side, with strong black borders. Some have yellow flecks as well, and some don’t even have a stripe.

Alert! This frog look similar to the invasive Cuban treefrog which is larger, and has larger toe pads and irregularly bumpy skin. In fact, Cuban treefrogs will eat the native Green treefrogs. 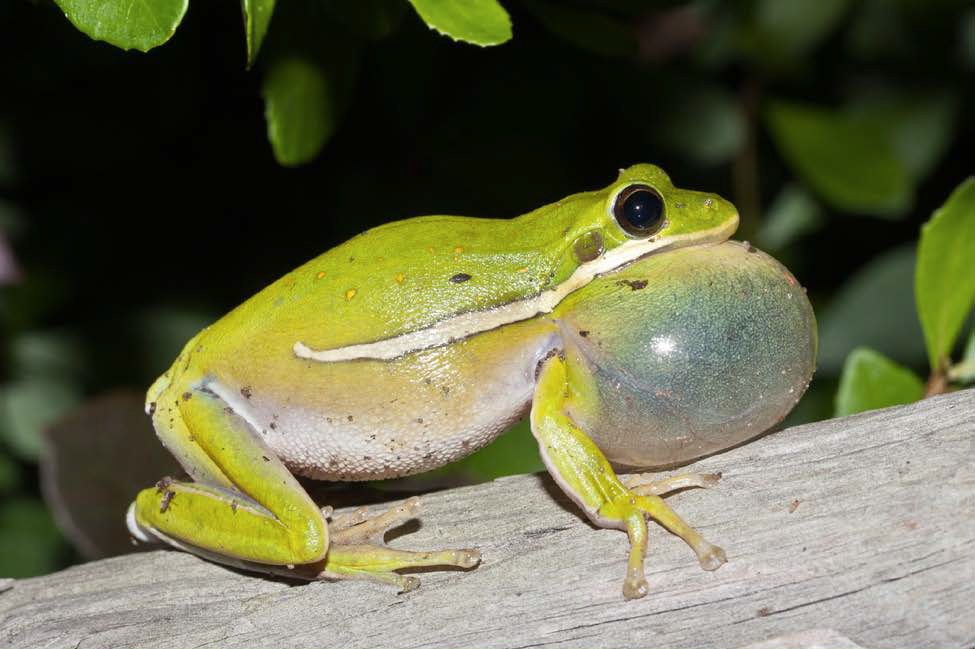 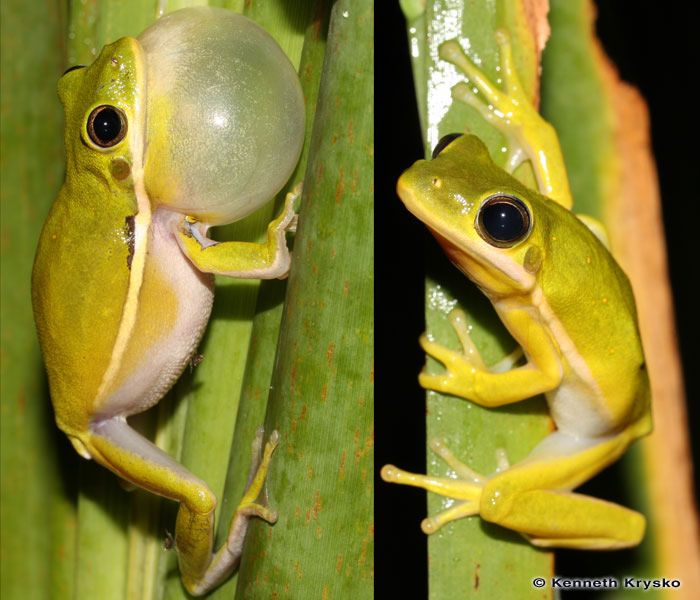 Green treefrogs are small and shy, as well as nocturnal, so you’re more likely to see them at night in quiet areas. They’re very common around porch lights, eating the bugs that the lights attract. Because they breed in permanent bodies of water (ponds, swamps, marshes), they don’t generally roam more than 100 yards from a reliable water habitat.

Biodiversity note: Because of the invasive Cuban treefrog’s similar mating call, the Green treefrog has modified its call to give females a better chance of identifying the right males.

Insectivores. They eat mainly flies, mosquitoes and other small insects.

These frogs are sometimes kept as pets, and they need a tall terrarium with plenty of things to climb. They do not require additional heating and only need a small water supply. As always, handle frogs carefully and infrequently.