by Stephenie Livingston • October 17, 2015
The sun rises over Mantanzas Bay and Mission Nombre de Dios as a crowd gathers to observe the reenactment of Pedro Menéndez’s 1565 landing in St. Augustine. Florida Museum photo by Kristen Grace

Florida Museum of Natural History archaeologists enlisted the help of the public as they returned to the remains of the oldest stone mission church completed in colonial Spanish Florida during the 450th anniversary of St. Augustine last month.

From Aug. 24 through Sept. 11, 2015, participants searched for clues about daily life at the first and longest-lasting Franciscan mission in the Southeast, said lead researcher Gifford Waters, historical archaeology collection manager for the museum, located on the University of Florida campus.

“This season was both a research project as well as a public archaeology project,” Waters said. “I wanted to get local residents and tourists involved as we investigated activities that went on inside the church and attached convent.”

The 70-by-35-foot structure, one of the largest churches known to Spanish Florida, was completed before the famous Castillo de San Marcos. Museum researchers discovered the church in 2011 at Mission Nombre de Dios, a Spanish Catholic mission founded in 1587 on Matanzas Bay. Researchers have uncovered the majority of the coquina stone and tabby foundations, but this season Waters excavated rooms identified last year, including where he thinks the friar’s residence was located. New artifacts, including pottery and animal bones, will be analyzed by museum researchers over the coming months.

“We really hope to get better insight into how the friar was interacting with the Native Americans,” Waters said. “In turn, I want to know how that was different from interactions with Spanish that lived inside the colonial city of St. Augustine.”

Rain from Tropical Storm Erika threatened this year’s excavation, but the site was ultimately spared. The only damage resulted when archaeologists uncovered pipes from a sprinkler system in their search for colonial artifacts. One of the pipes burst and flooded an excavation unit, which was dried and cleaned prior to the mission hosting a re-enactment of Spanish conquistador Pedro Menéndez’s 1565 landing on the shores of St. Augustine.

The reenactment took place on the morning of Sept. 8, the 450th anniversary. Throughout the day, researchers gave tours of the site to visitors and Roman Catholic Church dignitaries, including Cardinal Sean P. O’Malley of Boston.

Waters stood inside one of the excavation units as he described the discovery of a pit of burnt animal bones and shells, where monks once cooked food.

“There was a tremendous turnout for today’s events, with lots of interested locals and tourists stopping by…,” Waters wrote in a blog detailing the field work. “Lots of chances to explain our research to hundreds, if not thousands, of interested people today…this is what public archaeology is all about.”

Past excavations have revealed artifacts dating to the 17th century and other evidence suggesting the stone structure is likely the church commissioned in 1677 by Florida Governor Pablo de Hita y Salazar in honor of the Shrine of Nuestra Senora de la Leche. Waters said the site played a key role in the lives of Spaniards in early St. Augustine and all of Spanish Florida.

“Visitors came from all over Florida to the shrine, which was believed to provide a safe pregnancy and delivery,” he said. “The church was also instrumental in introducing Catholicism to Native Americans.”

Unearthing the stone church will be a multi-year project, culminating in a digital reconstruction of what the church and friar’s quarters looked like during colonial times, Waters said. 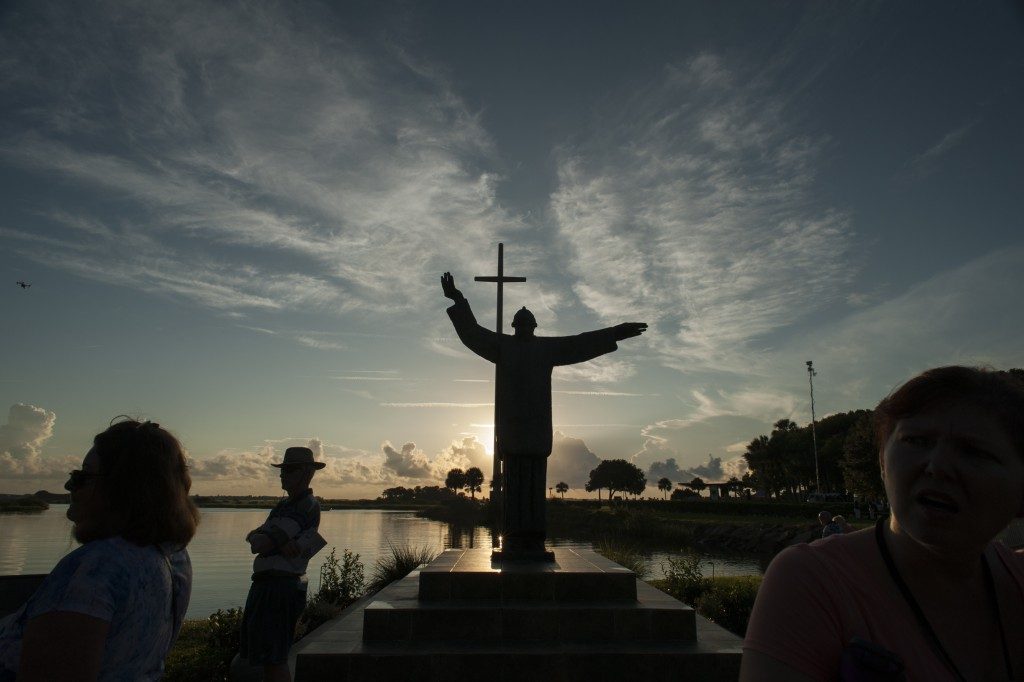 The sun rises over Mantanzas Bay and Mission Nombre de Dios as a crowd gathers to observe the reenactment of Pedro Menéndez’s 1565 landing in St. Augustine. 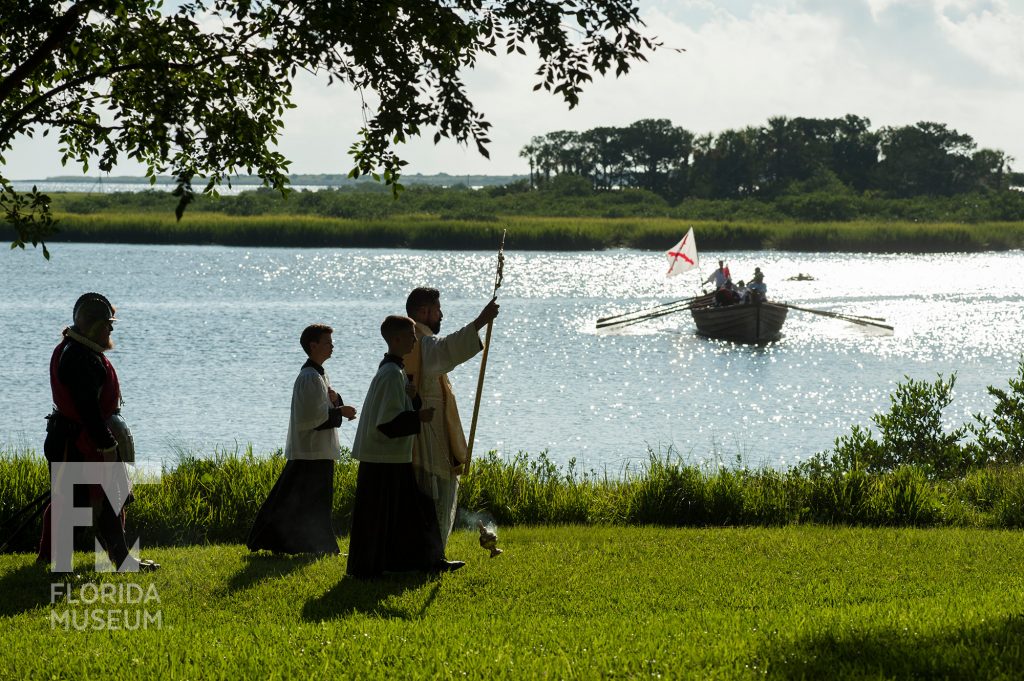 Pedro Menéndez and his crew approach land in a replica 16th-century Spanish chalupa. 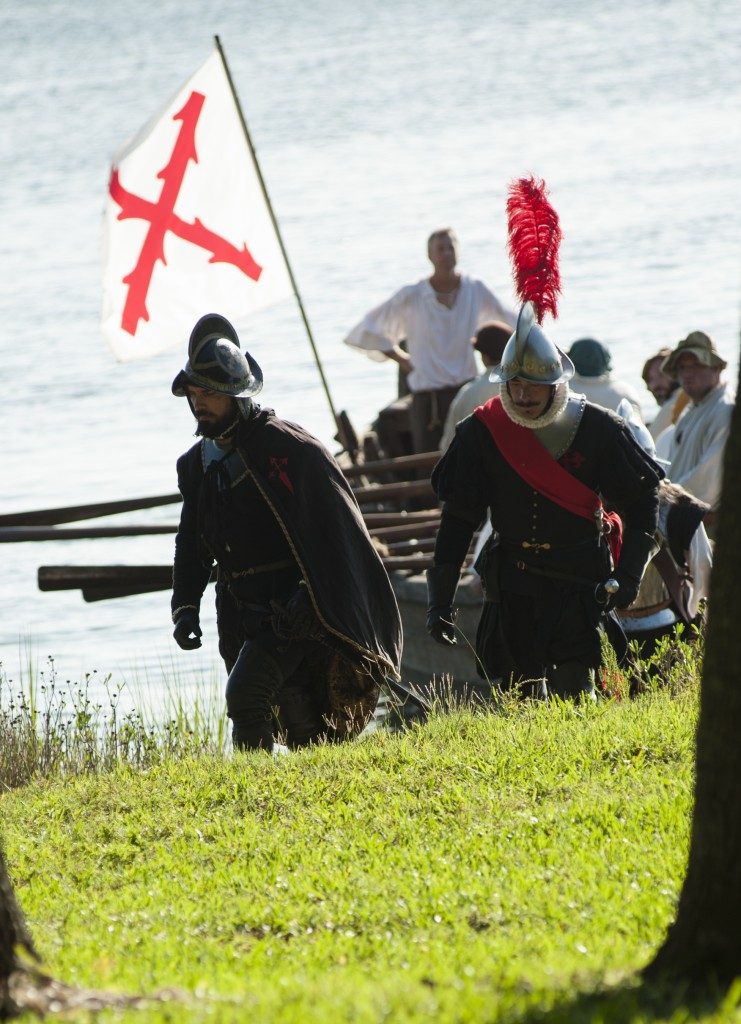 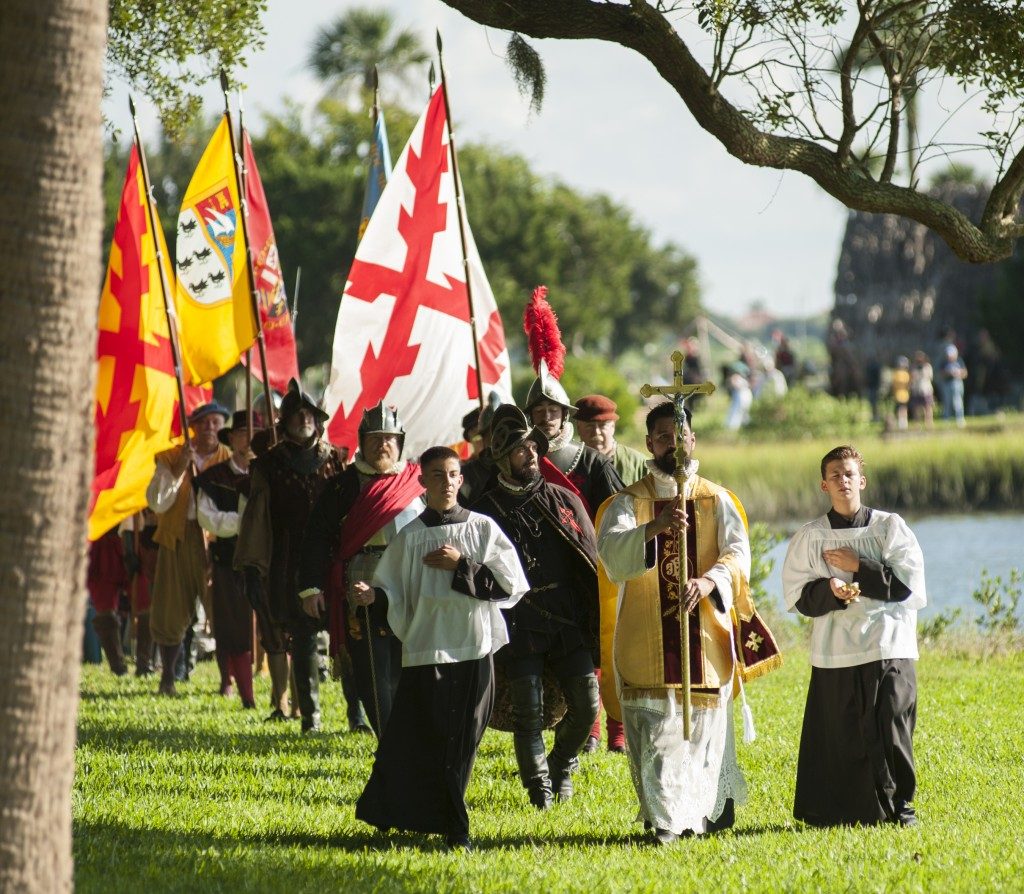 Conquistadors and settlers take part in a procession during the reenactment. 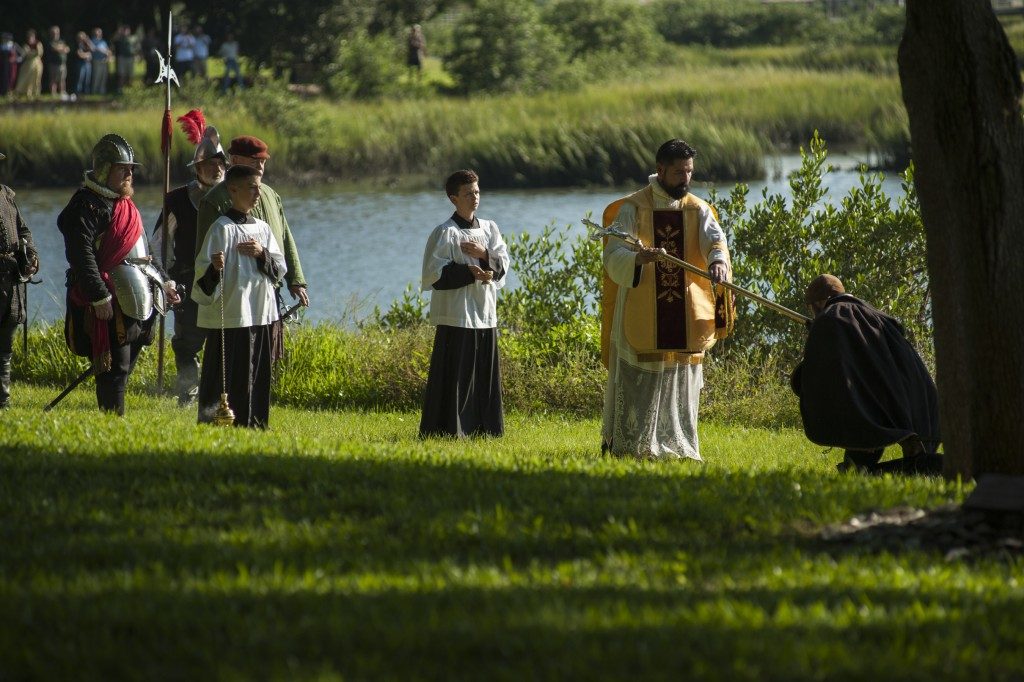 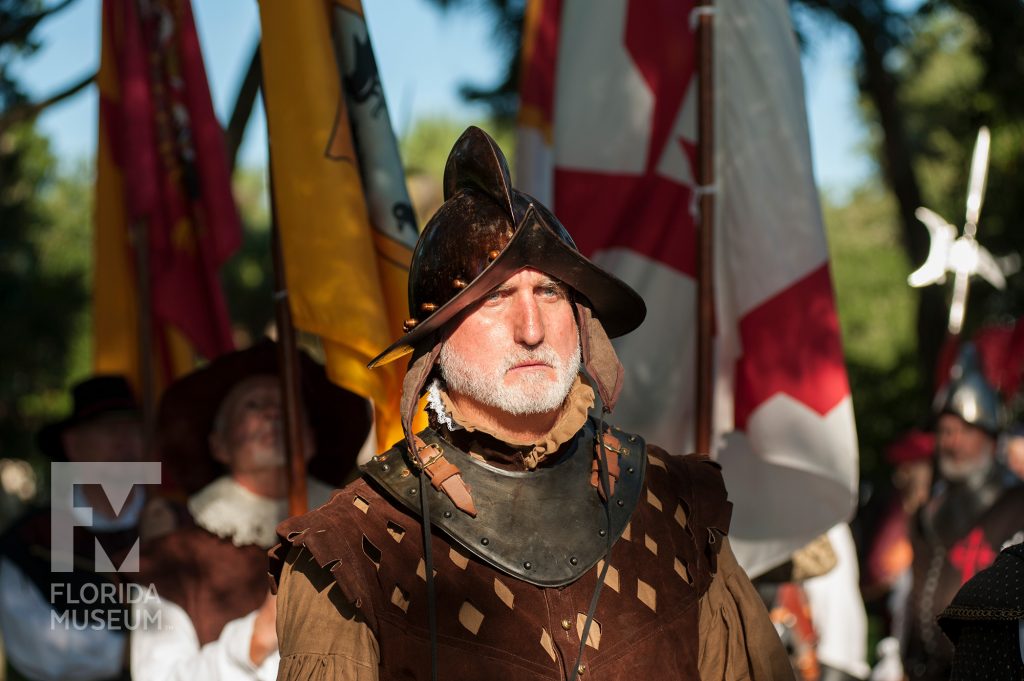 An actor dressed as a Spanish conquistador looks out over Mantanzas Bay during the reenactment. 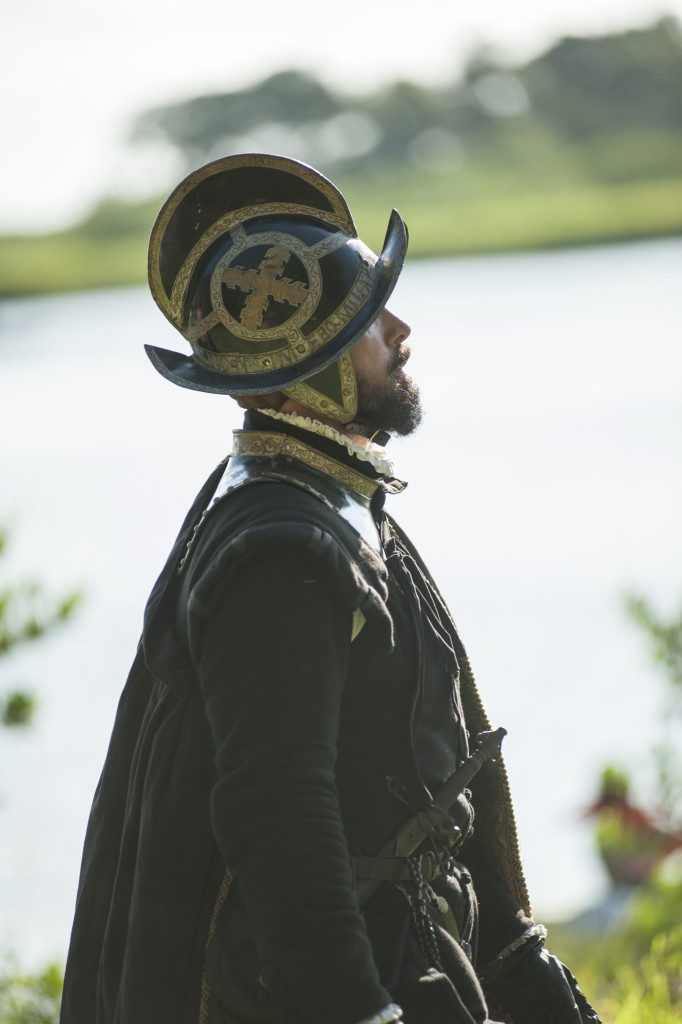 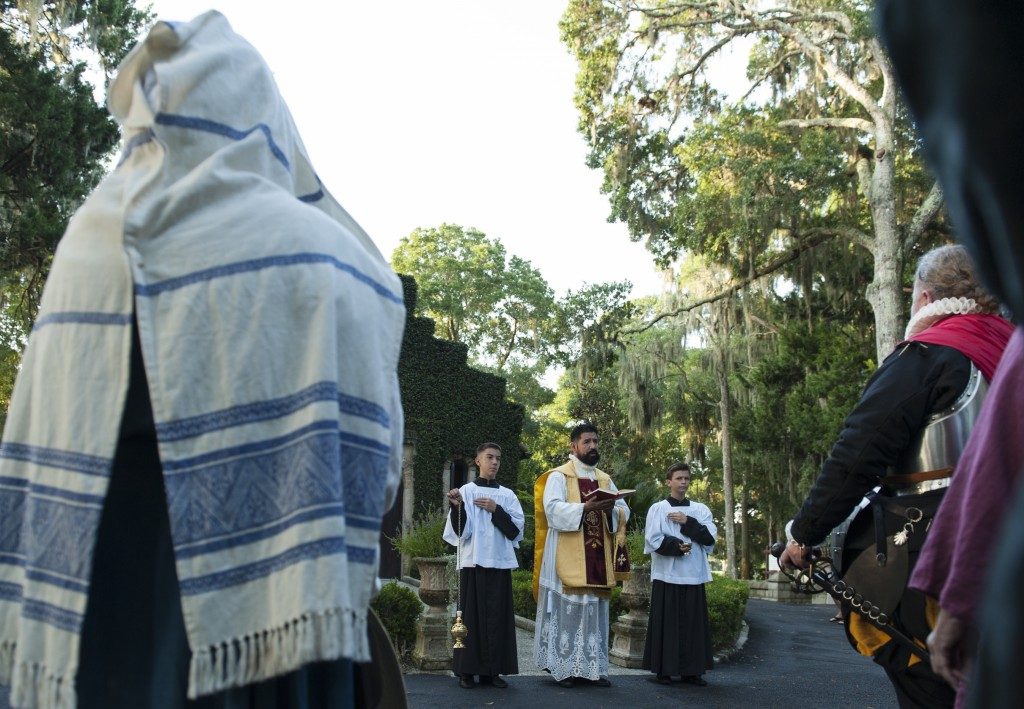 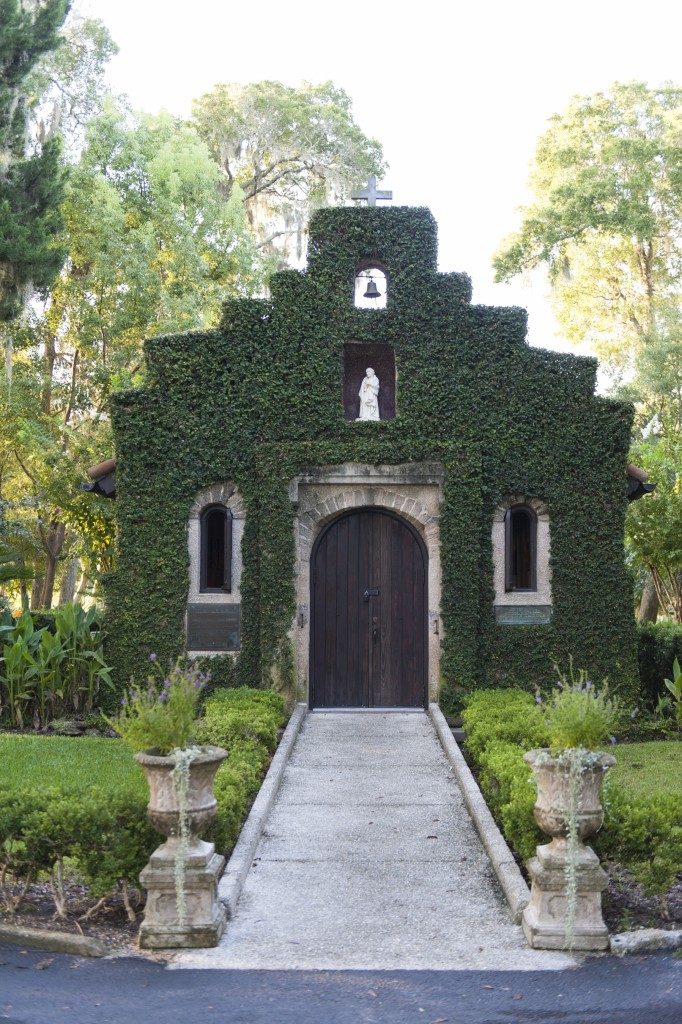 This stone building at the Mission Nombre de Dios is the fourth Our Lady of La Leche Chapel. Previous shrines fell victim to war, pirates and storms. 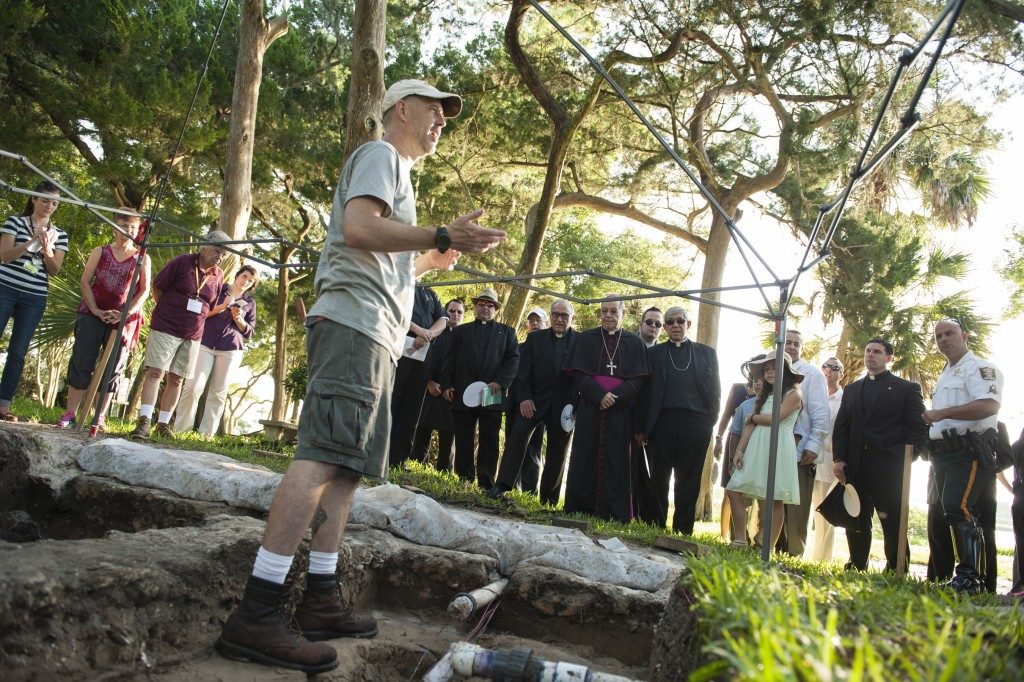 Florida Museum of Natural History historical archaeologist Gifford Waters discusses findings with the public and dignitaries from the Roman Catholic Church at the excavation site. 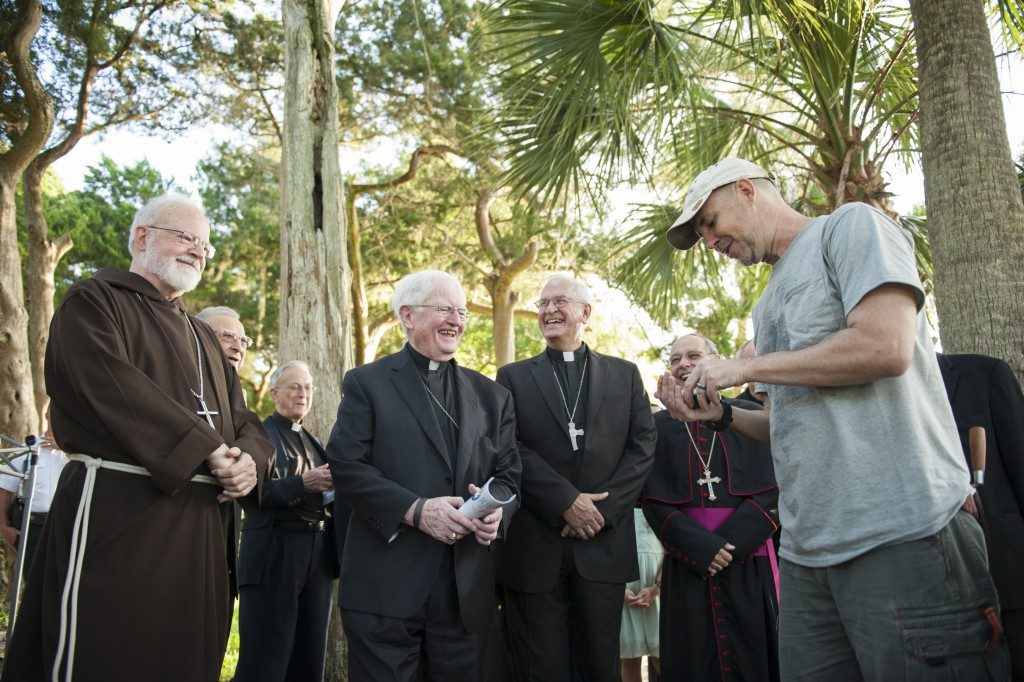 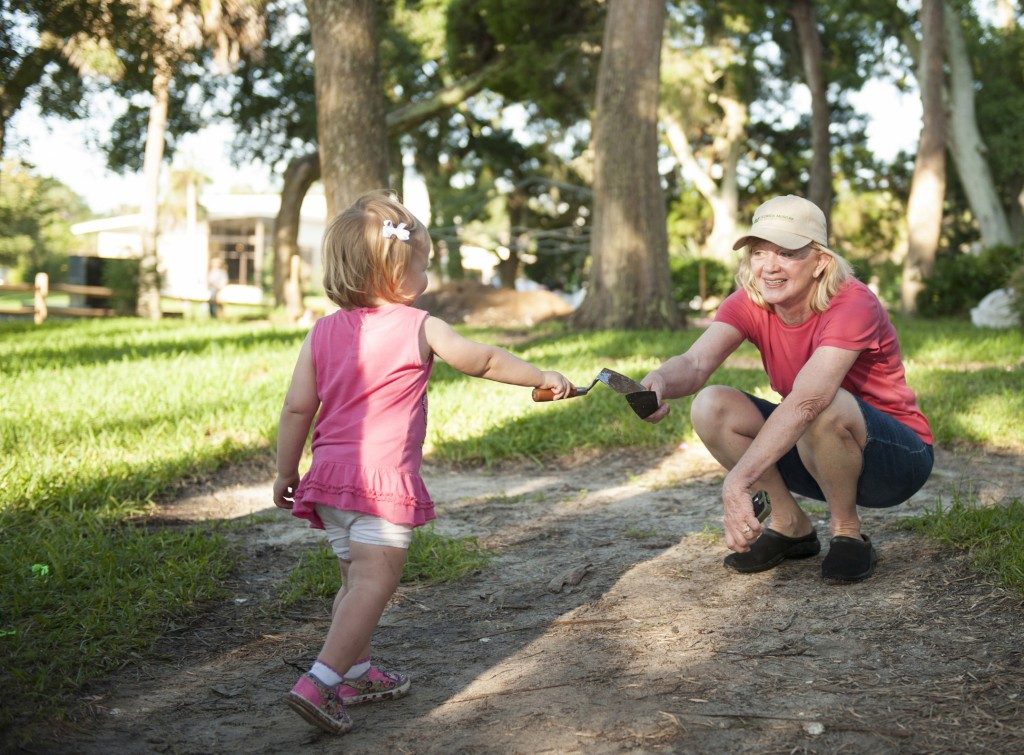 Learn more about the Historical Archaeology Collection at the Florida Museum.

Crawling out of history: The Grand Turk tortoise