by Amanda Bemis • January 10, 2017
These two species of acorn barnacle, Balanus glandula and Semibalanus balanoides, are some of the most common on the Pacific Coast. Florida Museum photo by Amanda Bemis

Although they were once thought to be related to snails, it turns out that barnacles are actually related to crabs. If you look at the animal inside the hard plates, it is possible to recognize their crab-like body plan.

2: They eat with their legs.

Because barnacles are sessile animals, they have no need for the walking legs that many of their crustacean relatives possess. Their legs have adapted over time to a different use. They utilize their modified legs, called cirri, to sweep tiny food particles from the water column and pass them to their mouth parts inside their protective plates.

3: They can be parasites.

The form of barnacle most commonly encountered by land-lubbing humans is the gray, volcano-shaped, stony type that can be found attached to piers, buoys and boat hulls around the world, but this is only one form that barnacles can take. They have a wide range of body plans, but one of the most bizarre is the rhizocephalan barnacle, which is an internal parasite in other crustaceans. They infiltrate and spread within the body of their host and even alter its behavior and appearance. Infected crabs can be detected by the external reproductive structure of the rhizocephalan that grows where the crab’s own eggs would be. The crab cleans and cares for this growth as if it were its own.

4: Those round marks on manatee backs are barnacle scars.

There is a specific type of barnacle that attaches itself to manatees. When manatees enter the relative warmth of the springs during the winter months, the barnacles can’t survive in the freshwater and die. Eventually they fall off, leaving behind a round-ish scar on the manatee’s back.

5: They have the longest penis relative to body size of any animal.

If you are a sessile animal (or a plant for that matter) how do you go about the business of reproduction? The favored technique is to let the water, wind, or other living creature do the business of scattering and mingling your gametes. If you are a barnacle you might take a different approach. Opting for internal fertilization, the exceptionally long penis of some barnacle species increases the odds that there will be another barnacle within reach to receive the sperm. The larvae are then released into the water column to settle as they will. 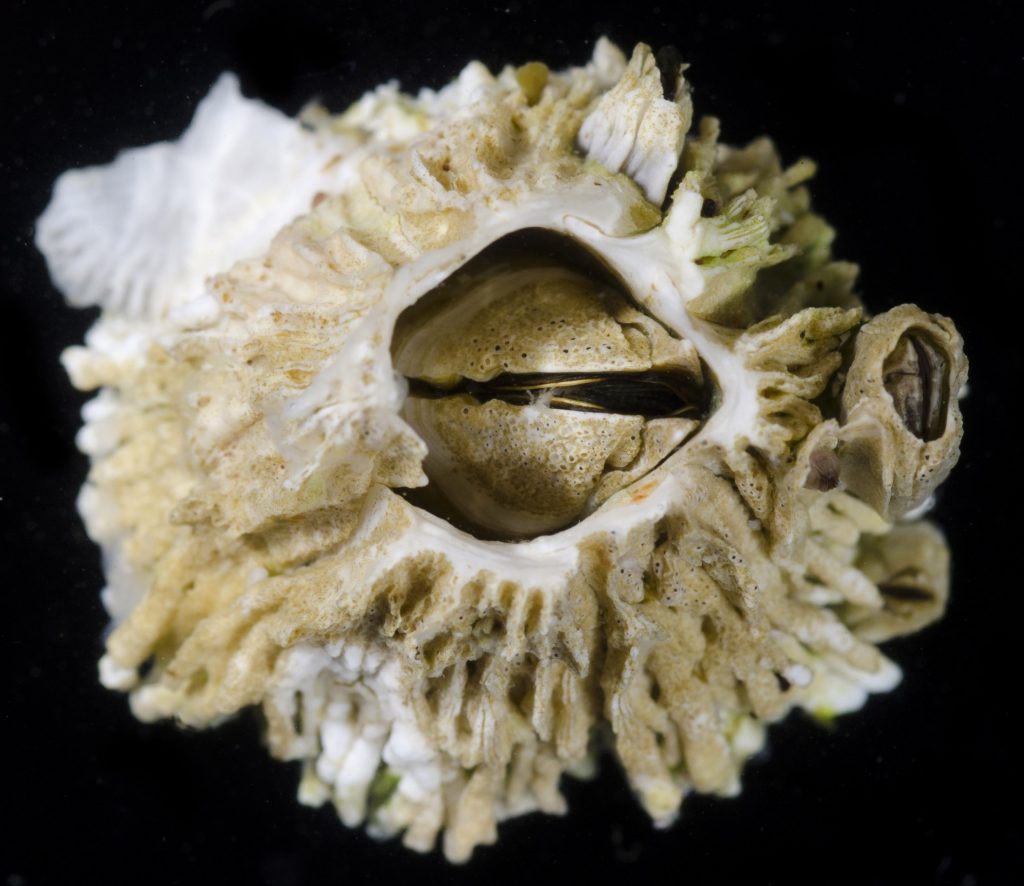 This specimen is a species of acorn barnacle, Semibalanus cariosus, is commonly known as the thatch or rock barnacle. 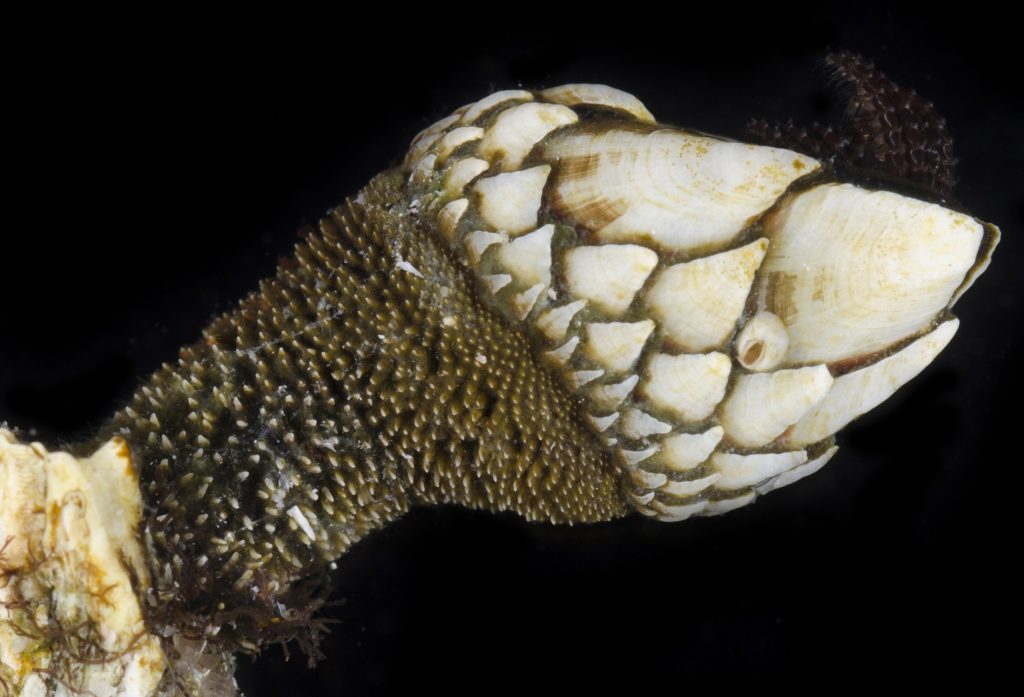 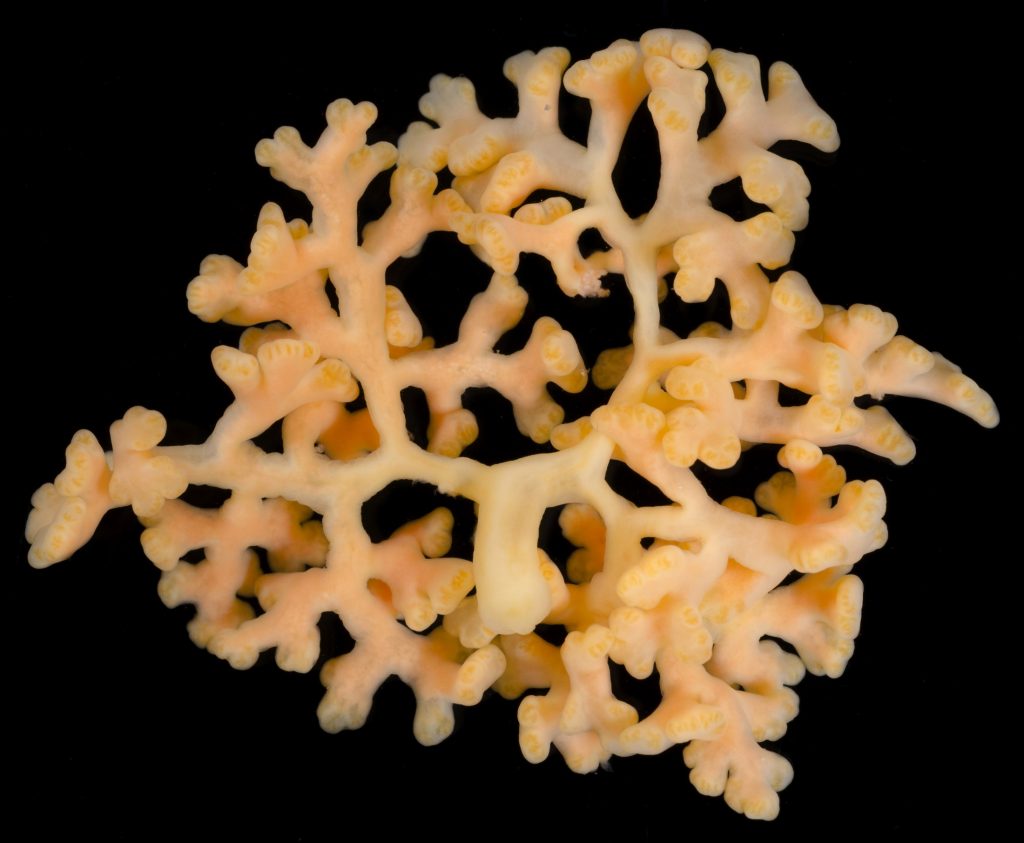 This specimen is a member of the genus Dendrogaster, a grouping of parasitic crustaceans.

Learn more about the invertebrate zoology collection at the Florida Museum.

Amanda Bemis is a collection manager of the Florida Museum invertebrate zoology collection​.