Most adult Black Swampsnakes are about 10-15 inches (25-38 cm) in total length. These small snakes are shiny and black. The belly is bright red with black markings on the edges. Juvenile coloration is similar to adults. 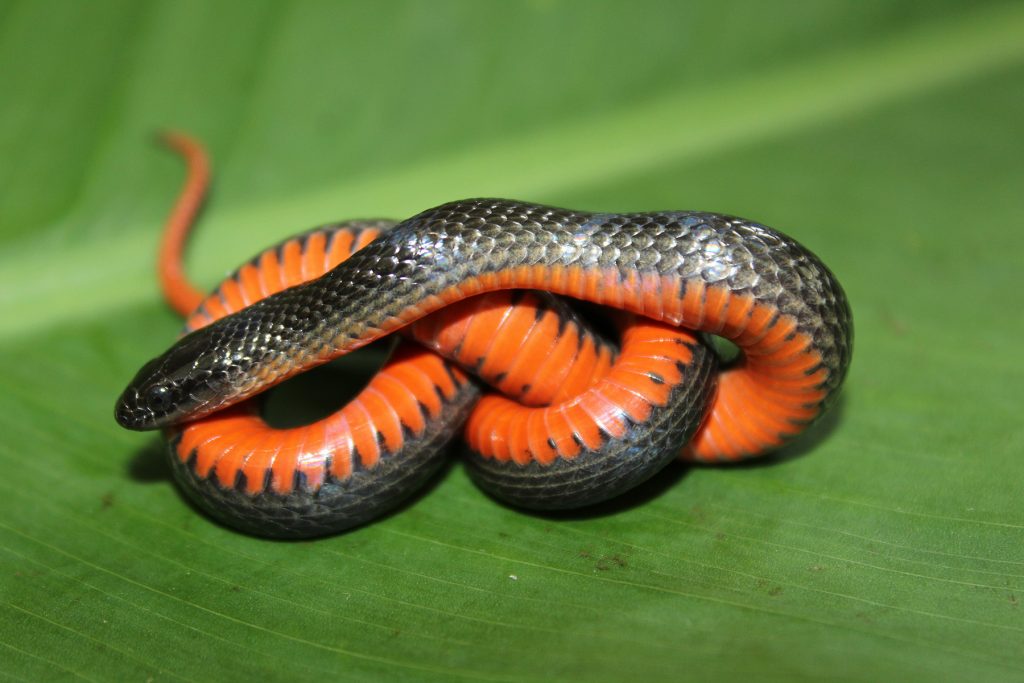 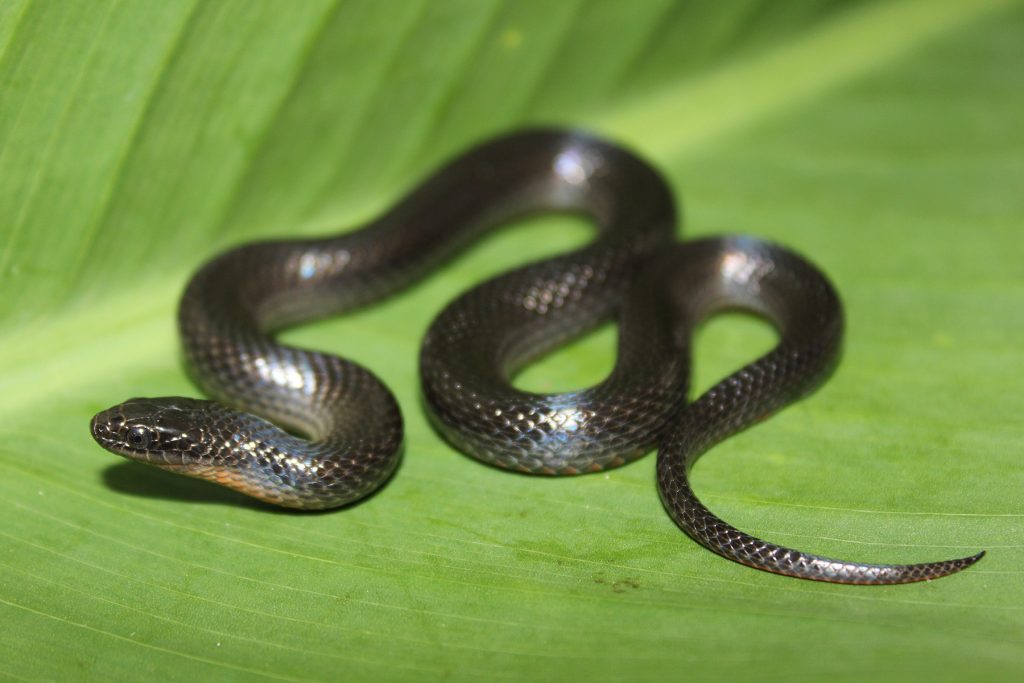 Black Swampsnakes are found throughout the Florida peninsula and Panhandle west to Blackwater River State Forest in Santa Rosa County. They are not known from the Florida Keys.

Non-venomous. Black Swampsnakes are not dangerous to people or pets.

Most adult Black Swampsnakes are about 10-15 inches (25-38 cm) in total length, with a record length recorded of 24.5 inches (62.2 cm). These small snakes are shiny and black. The belly is bright red with black markings on the edges. The scales on the back are smooth and there are 17 scale rows at midbody. The pupil is round. Juvenile coloration is similar to adults.

Black Swampsnakes are primarily aquatic and inhabit a variety of aquatic environments such as cypress swamps, marshes, prairies, lakes, ponds, slow moving streams and rivers, willow heads, hyacinth-choked canals, and estuaries. They are particularly fond of waters with dense aquatic vegetation. These secretive snakes are rarely encountered away from water, but they can sometimes be found under logs or debris near water, in crayfish burrows, or crossing roads during or after heavy rains.

These docile snakes typically do not bite in defense. If approached or cornered, Black Swampsnakes will usually attempt to quickly escape. If captured, they may release foul-smelling musk from two glands in the base of the tail.

In Florida, females typically give live birth to 2-15 young between May and October.