Swing by the Butterfly Rearing Lab and you’ll likely see gigantic moths hanging in the window. They are real, but these moths sit so still during the day that they’re often disregarded as a string of decorative garland.

Most moths are nocturnal, so they rest during the day and fly at night. We get a variety of moths in the lab, but the Atlas moths are by far our most commonly displayed species. 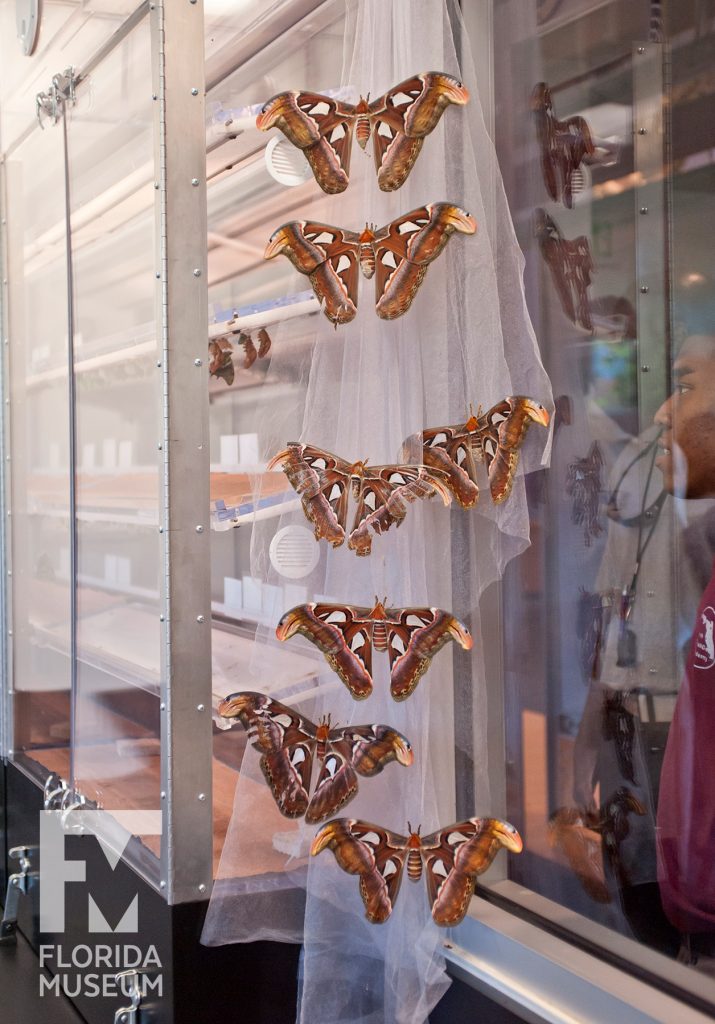 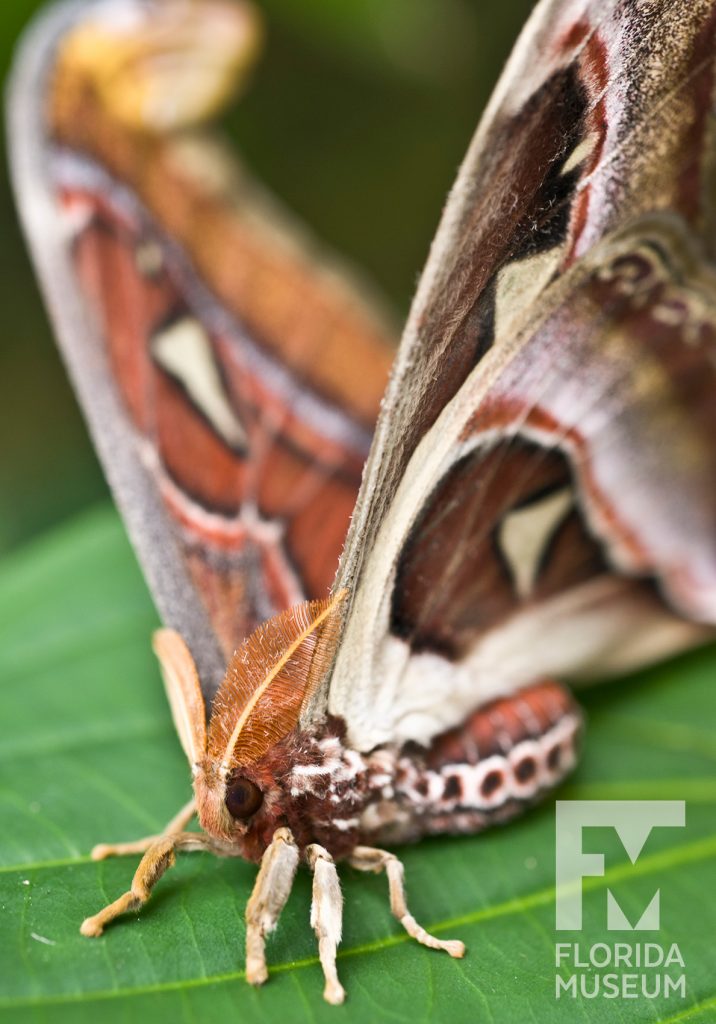 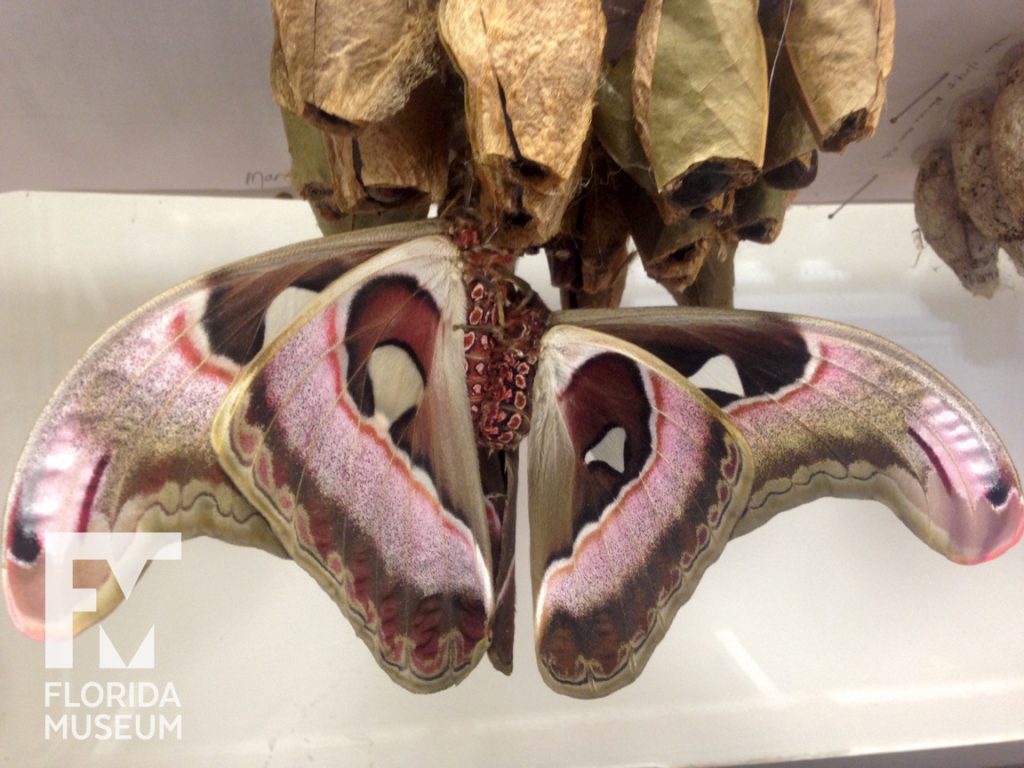 So why are they hanging in the window?

The moths in the window are all female. Female Atlas moths are not very picky about where they lay their eggs, so only male Atlases are released into the Butterfly Rainforest (females remain in the lab). If females did lay eggs in the exhibit, we’d have little Atlas caterpillars devouring our beautiful plants. In addition, the United States Department of Agriculture (USDA) does not permit us to breed exotic butterflies or moths at the museum.

Note: Egg laying works differently for most butterflies. Females will only lay eggs on their particular “host” plant. We don’t have any host plants in the Rainforest, so males and females can co-mingle without us having to worry about them laying eggs.