These stout toads are plentiful throughout Florida, but can often be confused with the invasive Cane toad. Southern toads are nocturnal omnivores that come out of their sandy burrows to eat—well, pretty much anything they can get in their mouths.

Medium-size, squat and plump, they’re usually 1.5 to 3 inches long but have been found over 4 inches long. Color varies from tan to reddish brown to gray, with darker spots and splotches, and lighter underbellies. Their skin has an irregular warty texture, with multiple warts within each dark spot, some of which are rough or spiny. 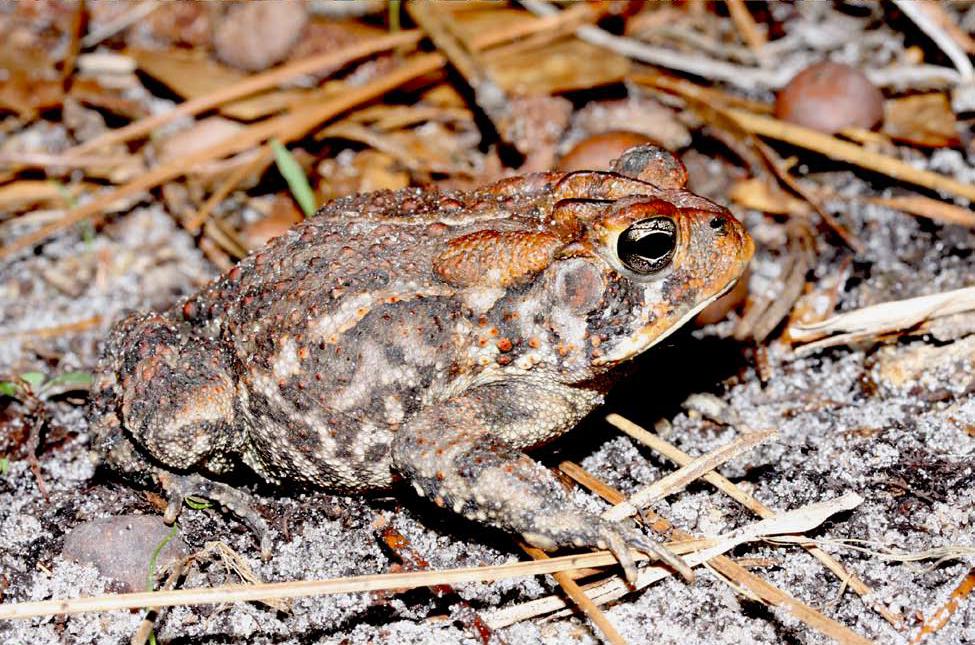 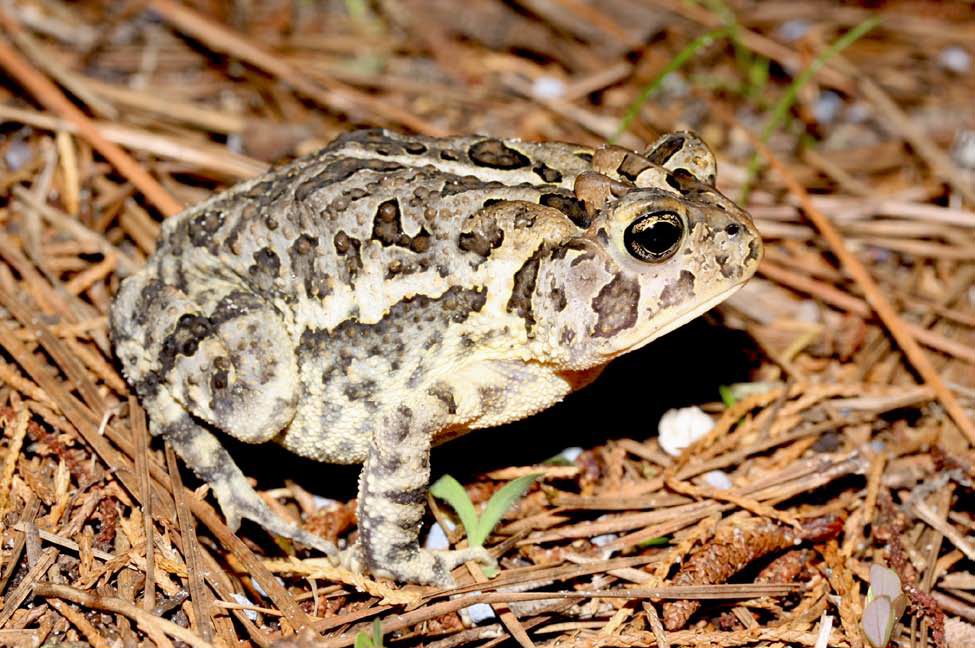 Alert! These toads look like the invasive Cane toad. A major difference is that Southern toads have noticeable ridges on their heads that end in big knobs behind their eyes, while Cane toads have relatively smooth heads without pronounced ridges or knobs.

Southern toads are nocturnal and can be found burrowed in sandy soil or debris. They are urbanized and quite comfortable in yards, parks and other human environments near a water source. During the breeding season they migrate from their normal habitats to lowland water bodies. Rains set off more calling, and their chorus becomes quite loud at a populated pond or swamp.

Insectivores. They eat mainly crickets, roaches, snails and other invertebrates.