These are some of the most abundant frogs in Florida and are usually found in and around shallow bodies of water. They are true frogs and have a classic frog shape, and are marked with dark ‘leopard spots’ and a pair of light colored ridges down their backs.

Large and athletic, usually 2 to 3.5 inches long, with webbed feet. Color is usually green to tan/brown, with irregular dark spots on back and legs that give them their ‘leopard’ name. They have a pair of light-colored ridges that run down their backs from eyes to groin. They have visible dark eardrums with a light spot in the center. 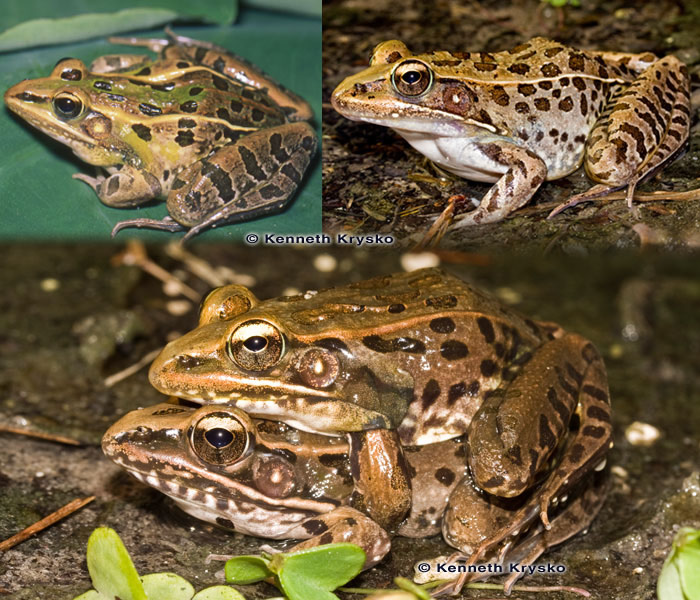 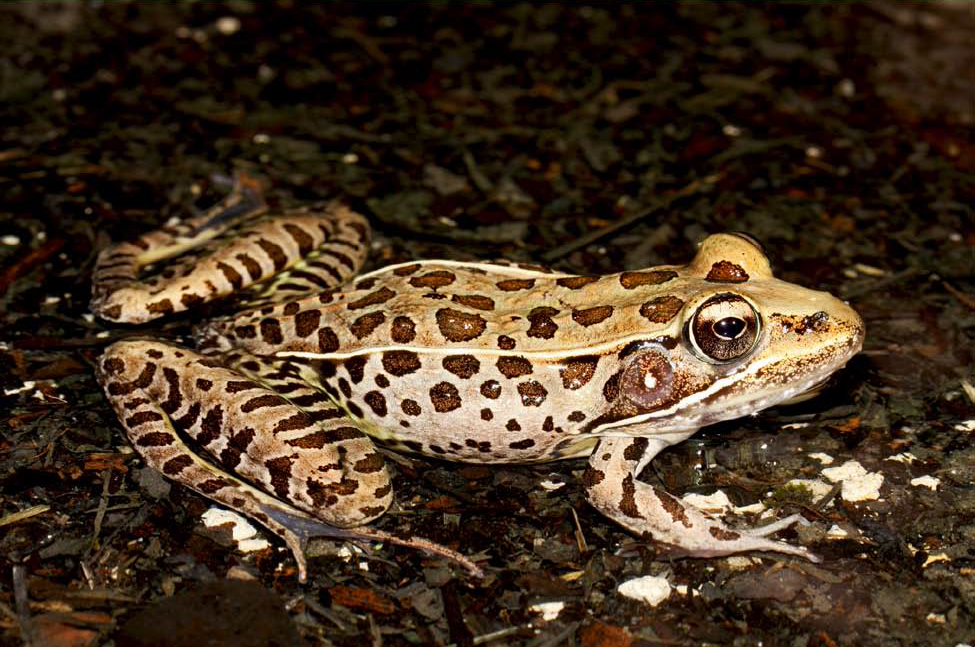 Southern leopard frogs live around shallow freshwater bodies like bottomland swamps, floodplains and brackish ponds in hardwood forests. They’re urbanized and can live in man-made ponds, canals and ditches too. During the hotter months they often move up to dry land, but during the winter and breeding season they live in and around water for safety and to mate and lay eggs. Females can lay over 1,500 eggs at a time and the egg mass can be the size of a baseball.

Southern leopard frogs are commonly hunted by humans for food and for use in the bait trade. They are prolific in their native ranges throughout the eastern United States, but there are introduced populations in the Bahamas and Southern California (although the California population has all but disappeared as far as researchers can tell).