These stout frogs have very strong markings, and coloring that varies based on their habitat—from tans and red-browns, to strong greens. They are more commonly seen and heard during winter and spring months, and then they burrow into sand and leaves to wait out the warm seasons.

Small and stout, usually 1 to 1.5 inches long. Color varies based on habitat, usually from green-gray to reddish-brown. They usually have a solid or broken line from their nose to their sides. Their bellies are white and often their heads have a faded triangle mark. Sometimes their lower backs have dark spots or stripes, and sometimes their hind legs have yellow spots. 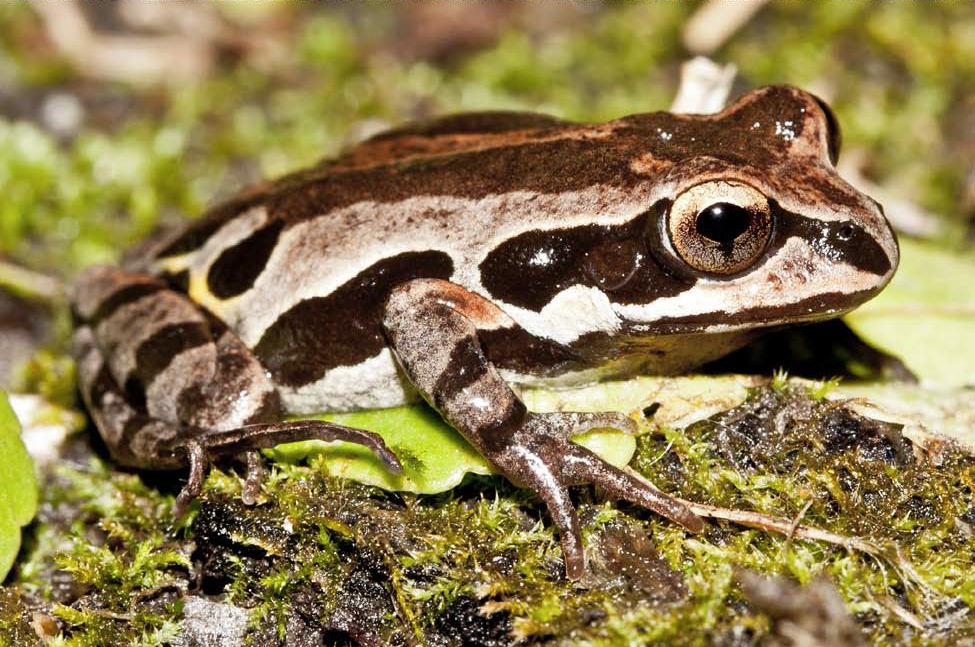 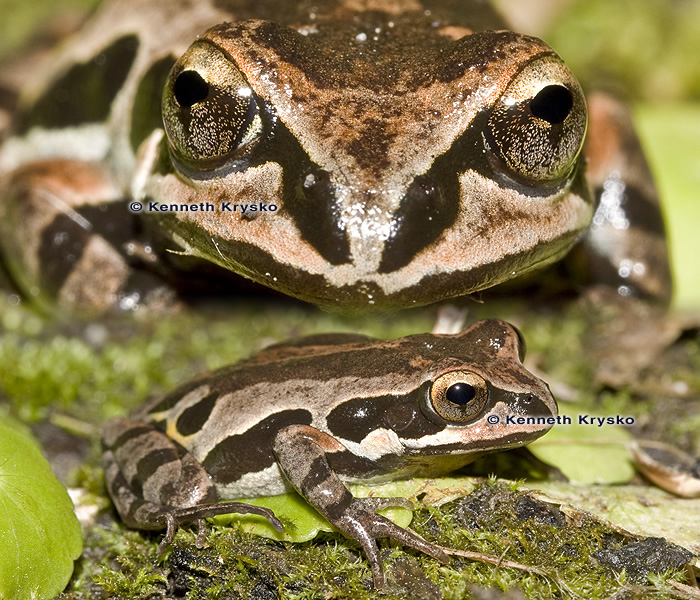 Ornate chorus frogs generally live in pinelands or upland fields and woods, and spend the hotter seasons of summer and fall burrowed under sand and vegetation. They become active as the weather cools and move downhill toward water for their winter-spring breeding season. Their preference for being active in the winter months means their main predators—snakes—are already hibernating, and their striking markings create an additional layer of camouflage protection.

Scientists studying these frogs have noted that they rarely live more than one or two breeding cycles because of predation and fighting among frogs. Urbanization has disrupted their habitats as well, causing scientists to watch their populations cautiously.