These small frogs are common in the Florida Panhandle. They look similar to Cope’s gray treefrog, but as soon as they start their “wit-wit-wit-wit” song, they’re easily identified. Their coloring allows them to blend into the low bushes they prefer to live in most of their lives.

Small and squat, usually 2 inches long. Color varies from brown to green to gray, with an uneven dappling across the body and banded legs, and lighter undersides. There is a distinct white mark under each eye, and the flashing on the hidden parts of their legs is greenish-yellow. The general color can change based on temperature or the frog’s activity level. 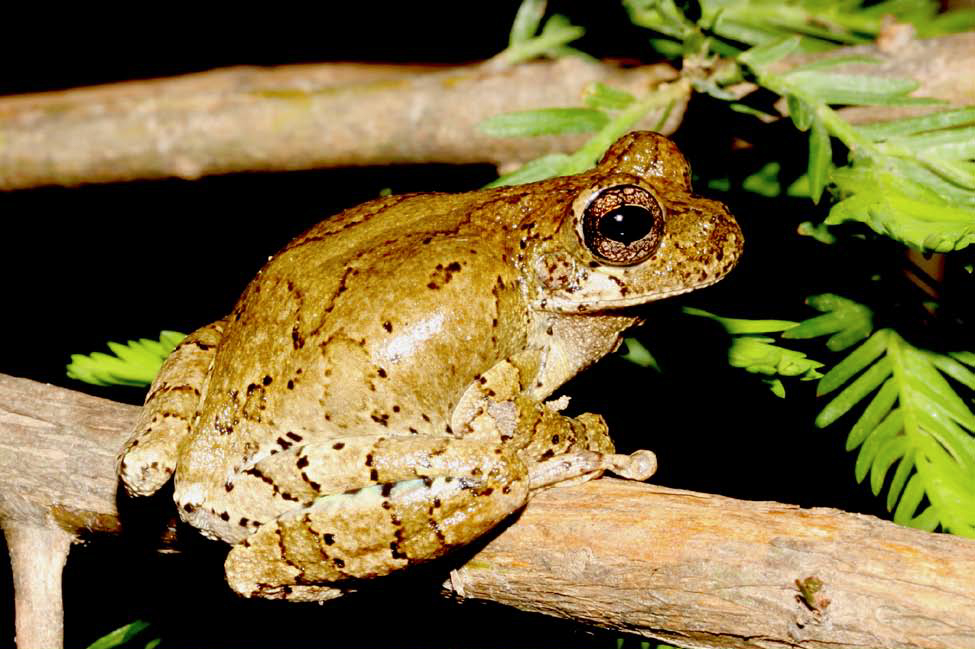 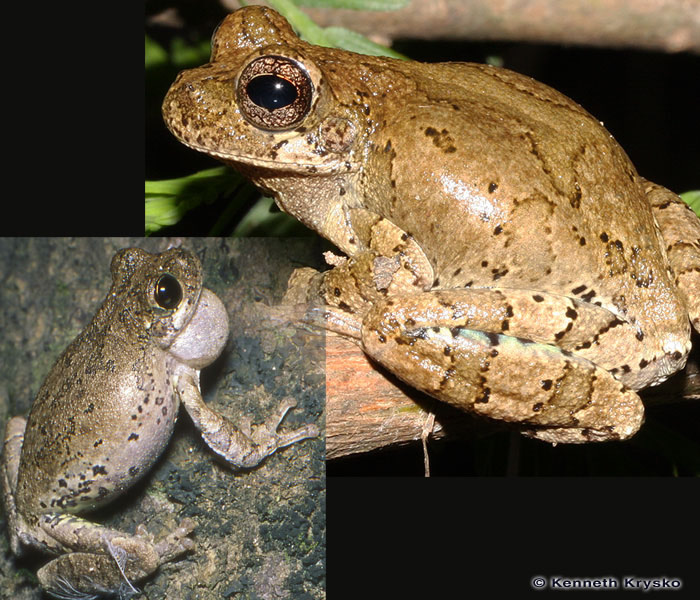 Bird-voiced treefrogs generally live in wooded swamps near rivers and streams. They live mostly in low bushes and small trees, rarely coming down to the ground except after heavy rains to breed. They are nocturnal, but can often be heard calling during the daytime as well.

These frogs are known to change color based on activity level and temperature, usually changing the vibrancy of their green coloring. There are some isolated colonies of Bird-voiced treefrogs in Illinois, but they are considered threatened due to shrinking habitat.