These plump frogs are the largest native tree frogs in Florida. They’re known for their distinctive loud, barking call and can usually be found in swampy woods or pinelands.

Small and uniformly bumpy, usually 2 to 2.5 inches long. Color varies from brown to green to gray. Many have round dark spots with black borders evenly spaced on their backs. 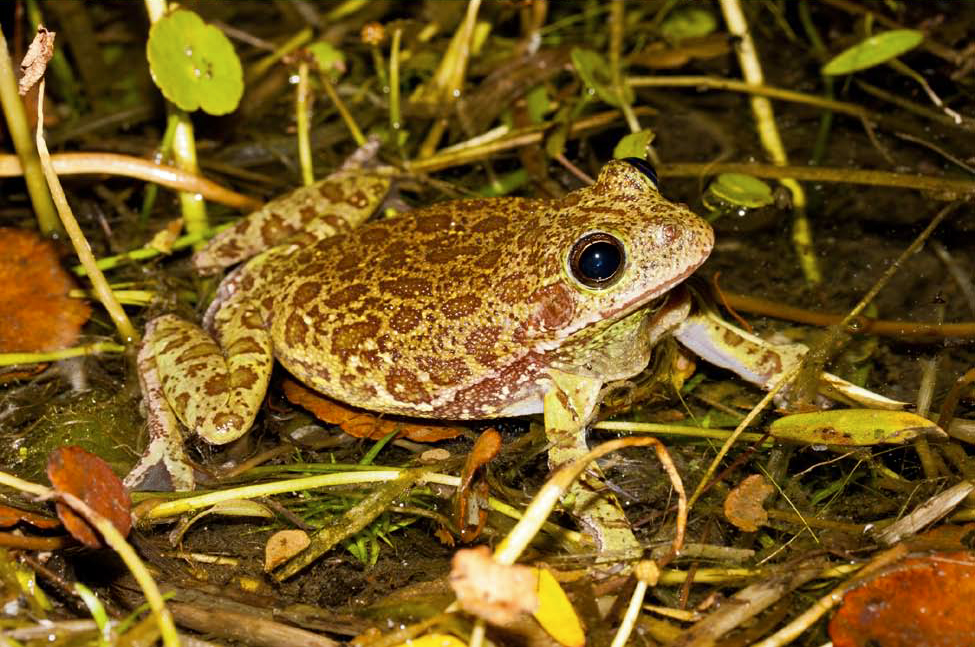 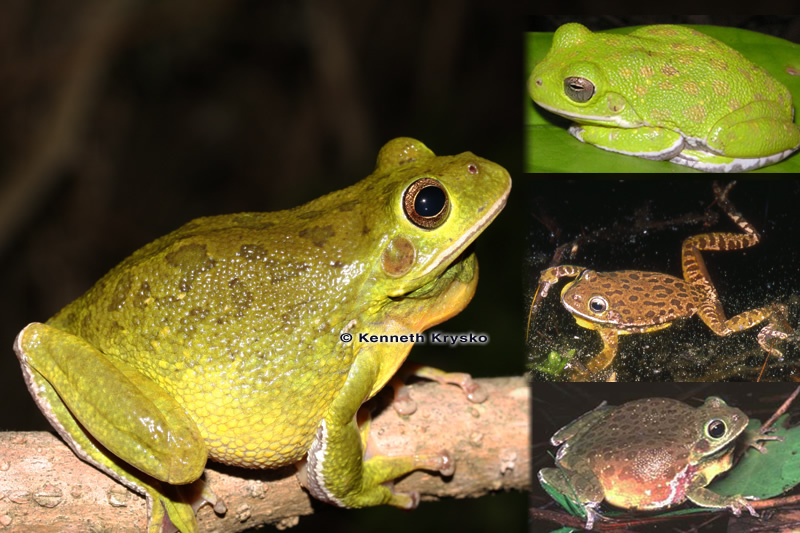 Barking treefrogs generally live in sandy areas in pinelands or swampy woods, usually near standing water. They’re known for their distinctive loud, barking call. They breed in shallow, still water like swamps and marshes with a lot of aquatic vegetation and few fish. During the coldest winter months, they hibernate by burrowing into sandy soil, or hide in tortoise and mouse burrows.

Insectivores. They eat mainly beetles and other small insects. 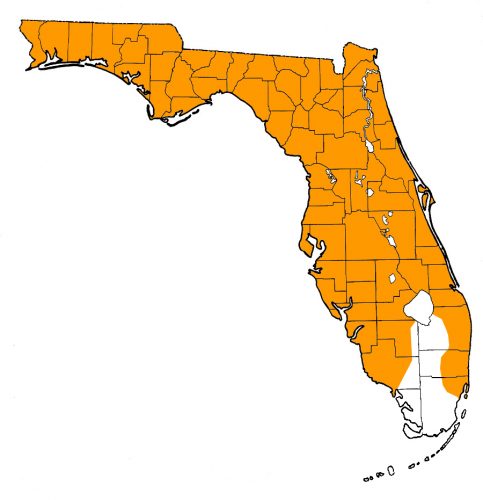 When these frogs feel threatened, they are known to inflate with air to appear larger or more difficult to swallow by their natural predators—snakes. Also, these frogs have been known to live more than 10 years.