Where Science and Art Intersect

I make sculptures of prehistoric animals that represent the wonder to be found in natural history. I am intrigued by animals that evolved with distinct features, such as unfamiliar tusks, strange elongated limbs and unusual proportions. I use clay to bring these extinct creatures back to life, sculpting folds of flesh and filling their bellies with air.

My work uses reflective nostalgia to present the animals in my own fantasy of an imagined place and time. The unexpected combination of such contrasting timelines questions reality, and rekindles a childlike fascination with the animal world.

The picturesque aesthetic of the 18th century refers to a time when our relationship to nature was being expanded by scientific discoveries, yet separated by the disappearance of wild places. Each scene is a fantasy that inspires curiosity about the unknown animal, while nourishing the imagination of the viewer with intricate details. Mysterious giants wander through palatial ruins, discovering the overgrown remains of monuments to human greatness. Moss and vines cover the fossils of civilization, and show the effects of time in their decay.

Wondrous Creatures explores wonder as an inspiration and a bridge between art and science. The scenes I have created offer a place for the viewer to rekindle their sense of wonder, question their place in natural history, and connect with the amazing animals of the past in a new way. 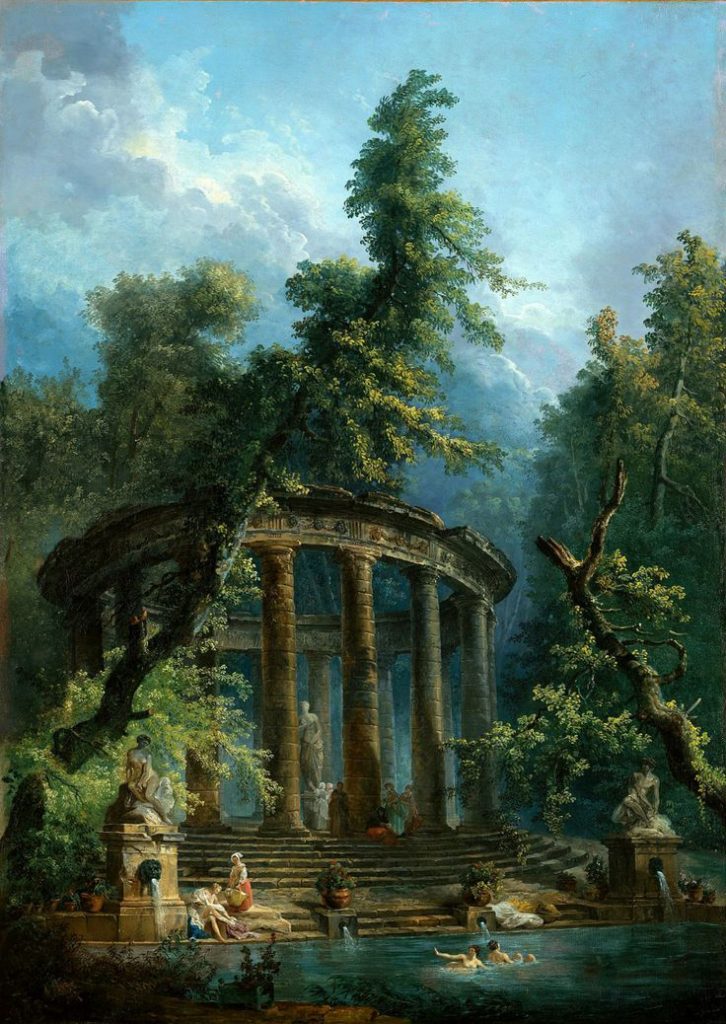 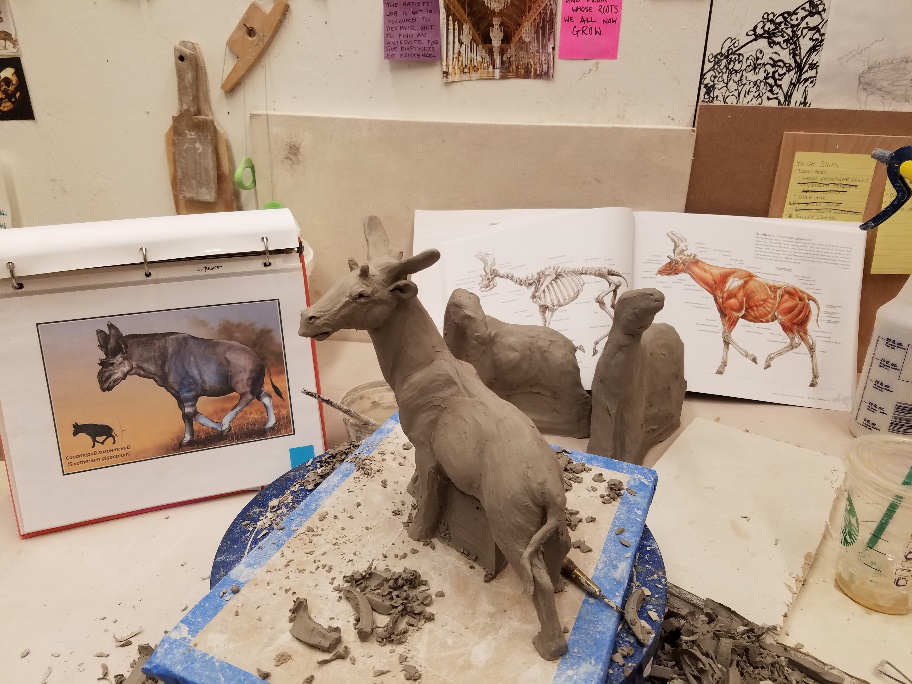 Uintatherium was one of the earliest mammals living 40-50 million years ago in North America. It belongs to an extinct group of mammals. It had an impressive size at 11 feet long and 5 feet high at the shoulder. Their strangest features were the multiple bony horn-like protrusions on the skull and dagger-like canine teeth, even though it only ate plants. 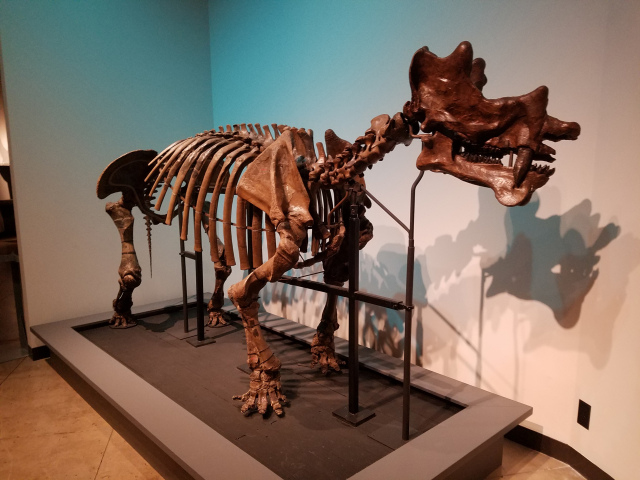 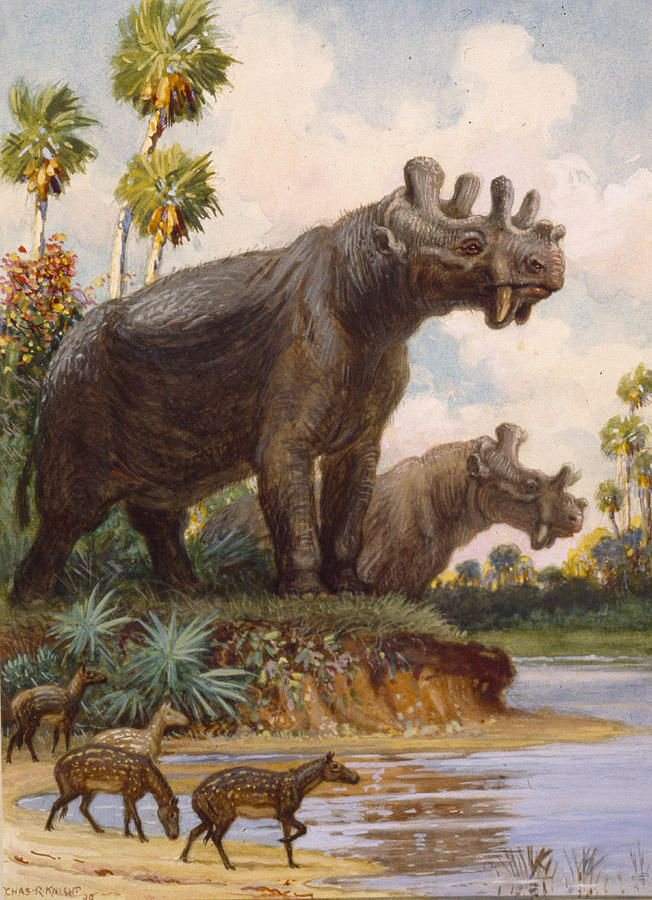 This piece speaks to the human idea of time. I chose to sculpt this eighteenth-century clock because it was an object of prestige that expressed the King’s interest in the sciences. It showed not only the time and date, but also movements of the sun around the Earth.

Platybelodon is an extinct genus of elephant that lived 10 million years ago in Africa and Eurasia. It was known for its distinctive shovel-tusk which has inspired many theories to determine its purpose. It was about the size of a modern day Asian elephant, and weighed around 2 tons. 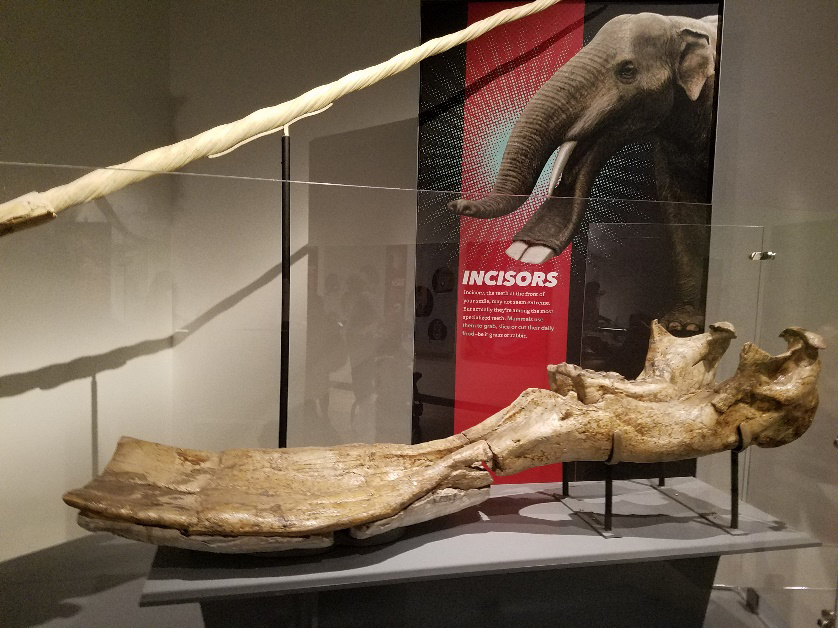 Platybelodon is an extinct genus of elephant that lived 10 million years ago in Africa and Eurasia. It was known for its distinctive shovel-tusk which has inspired many theories to determine its purpose. It was about the size of a modern day Asian elephant, and weighed around 2 tons. Painting by Zdeněk Burian

Dreams and knowledge of the subconscious mind are another way that humans separate themselves from animals. The bed was popular in the Rococo court as a means of displaying wealth and power. The wolf’s enormous size has broken the bed, collapsing the idea of human superiority.

All that was discovered of Andrewsarchus was the top of its 33 inch skull. It lived 48-37 million years ago in Mongolia. Believed to be a large scavenger, it was 6 feet high at the shoulder with teeth possibly able to bite through bone. This is a particularly strange creature because it is actually related to modern whales, hippos and other artiodactyls. 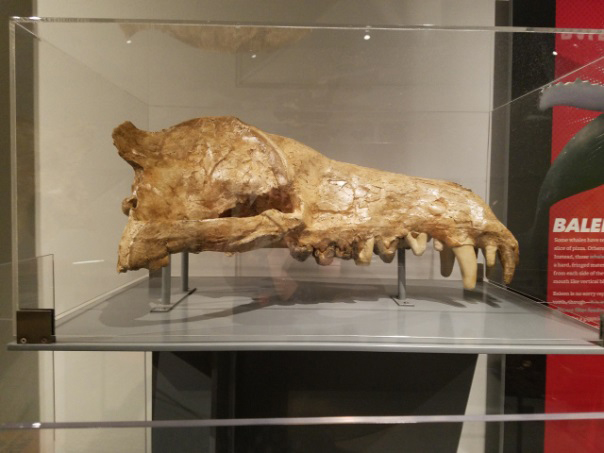 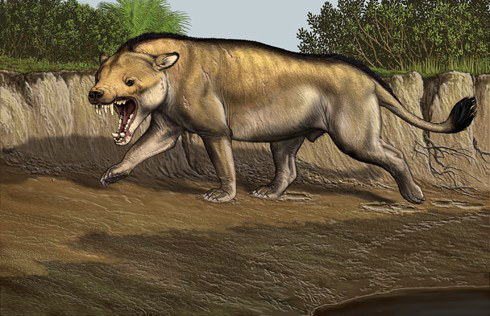 Dresses are symbolic of the eighteenth century French obsession with fashion, and were used to create illusions of body shape. Wearing clothing is also another idea that is considered to separate humans from the animal world. The folding screen is a reference to changing, and transformation though natural selection.

Sivatherium is a prehistoric giraffe closely related to the okapi that was 7 feet tall and lived in Africa and India around 5 million years ago. Its strangest features are large antler-like ossicones (antler-like protuberances) as well as its bulkier and shorter neck when comparing to the modern giraffe. 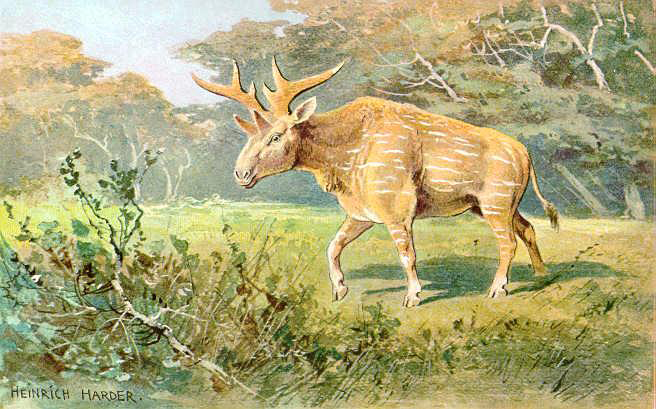 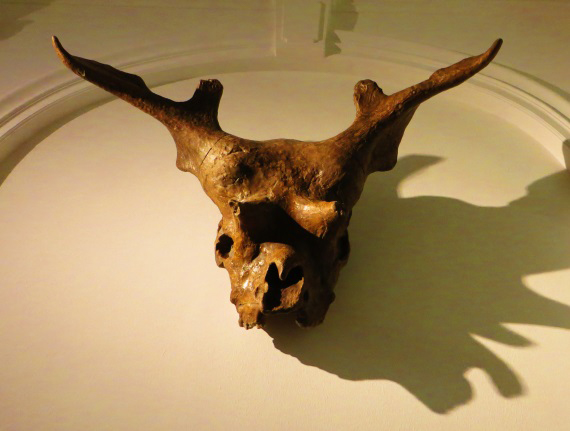 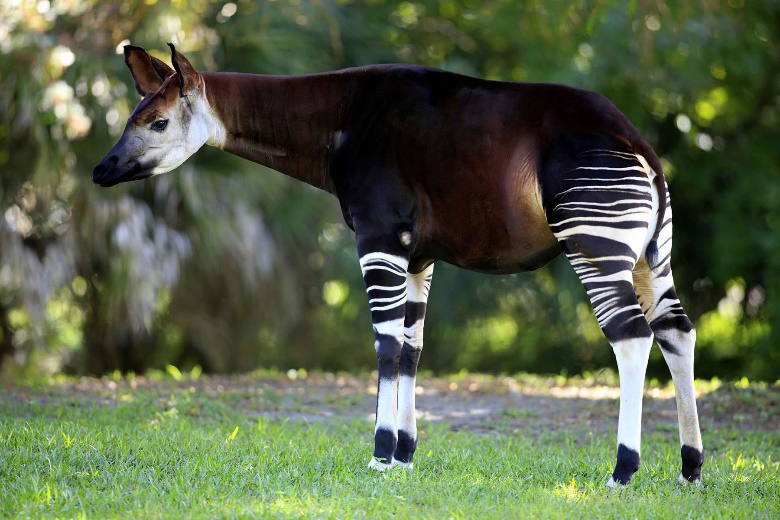 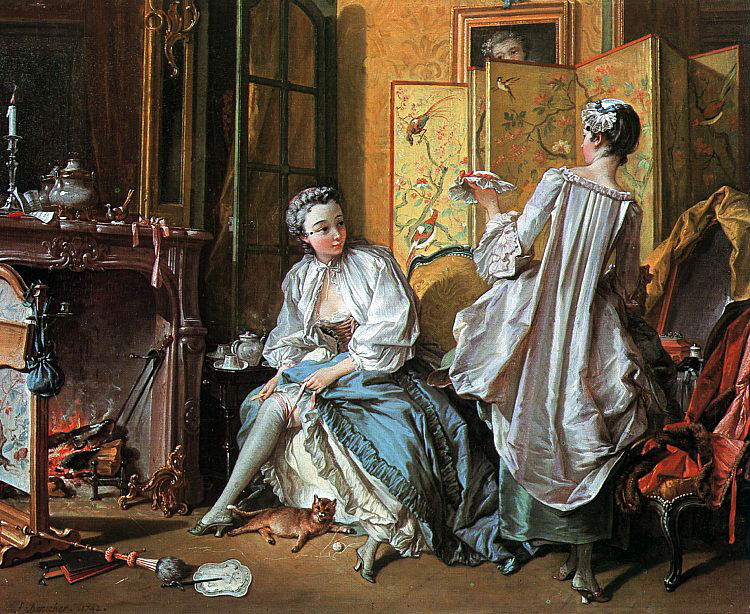 The bath tub was a luxury item in the 18th century connected to “civilization.” The water overflowing the table edge is a reference to the early belief that the Earth was flat, and scientific discoveries changed the way people understood the world.

Thalassocnus natans is an extinct semi-aquatic giant sloth that lived in South America 6 million years ago. Specimens have been found in Peru and Chile, which in the Miocene was a desert landscape with little plant life for sloths to eat. Over time, this sloth evolved a spoon like jaw in order to eat the marine plant life off the coast. With thick bones and elongated limbs it was an unexpectedly good swimmer, much like the modern polar bear. 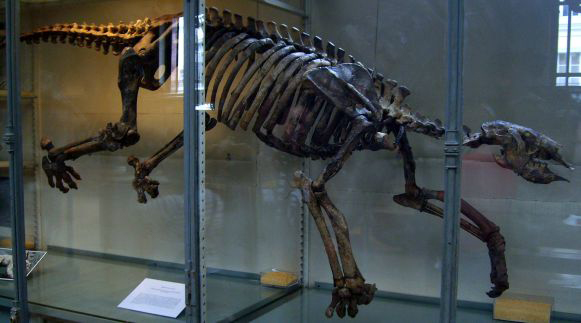 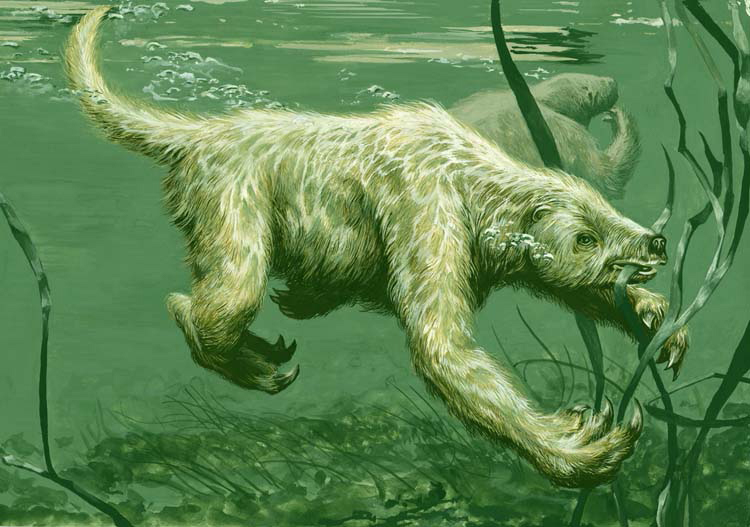 Ariel Bowman was raised in Dallas, Texas by her parents who are both artists. Growing up she spent a lot of time outside with animals. The woodlands that surrounded her childhood home inspired her to create art that focused on the natural world. As a sculptor, Ariel works in ceramics, blending historic material with mixed media techniques. She currently resides in Dallas where she works in her studio and teaches ceramics at local colleges as adjunct faculty.

Georges Cuvier, one of the fathers of paleontology, developed a technique called “correlation of parts” using modern day animals to reconstruct prehistoric ones, also known as comparative anatomy.

Ariel Bowman used this technique to create her sculpted reconstructions. Drawings, small clay studies and evolutionary research inform the gesture and anatomical correctness in the extinct mammals that she reconstructed. 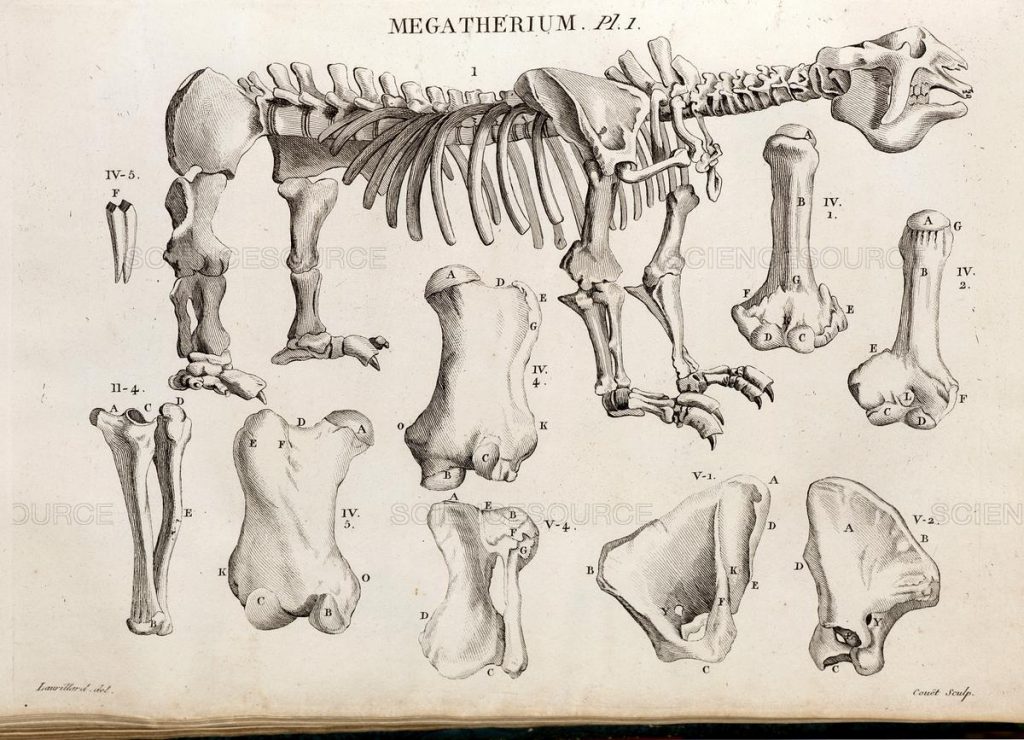 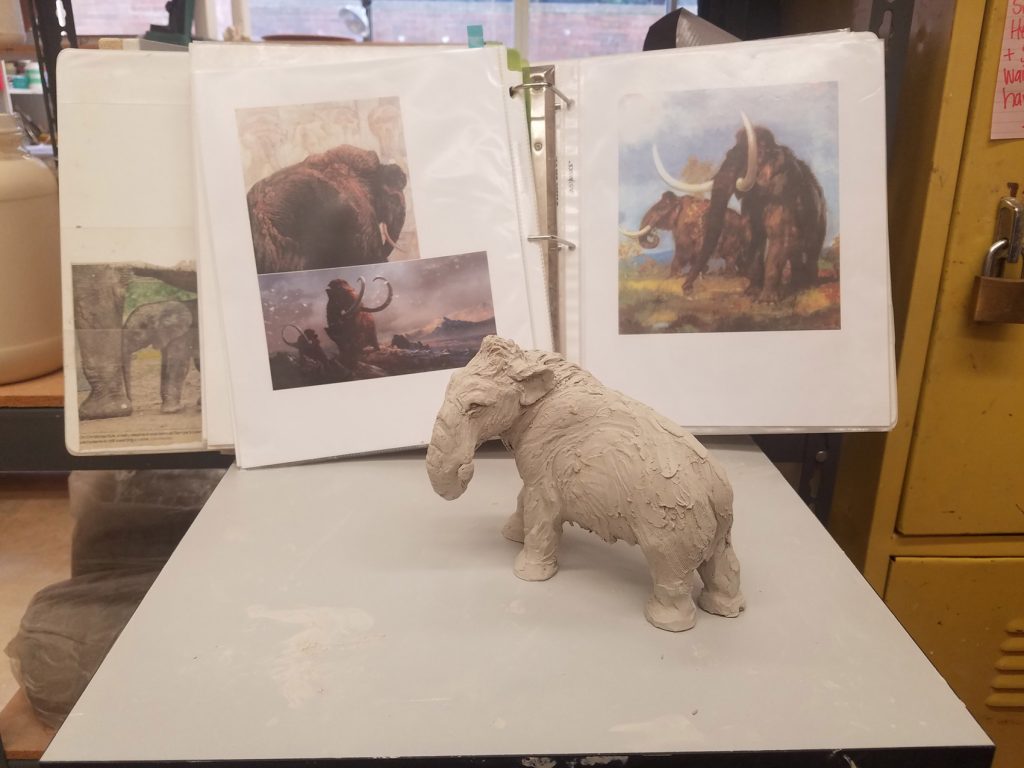 Each piece starts with a maquette, or small clay study. This aids the process of choosing a gesture and helps the artist get correct animal proportions. 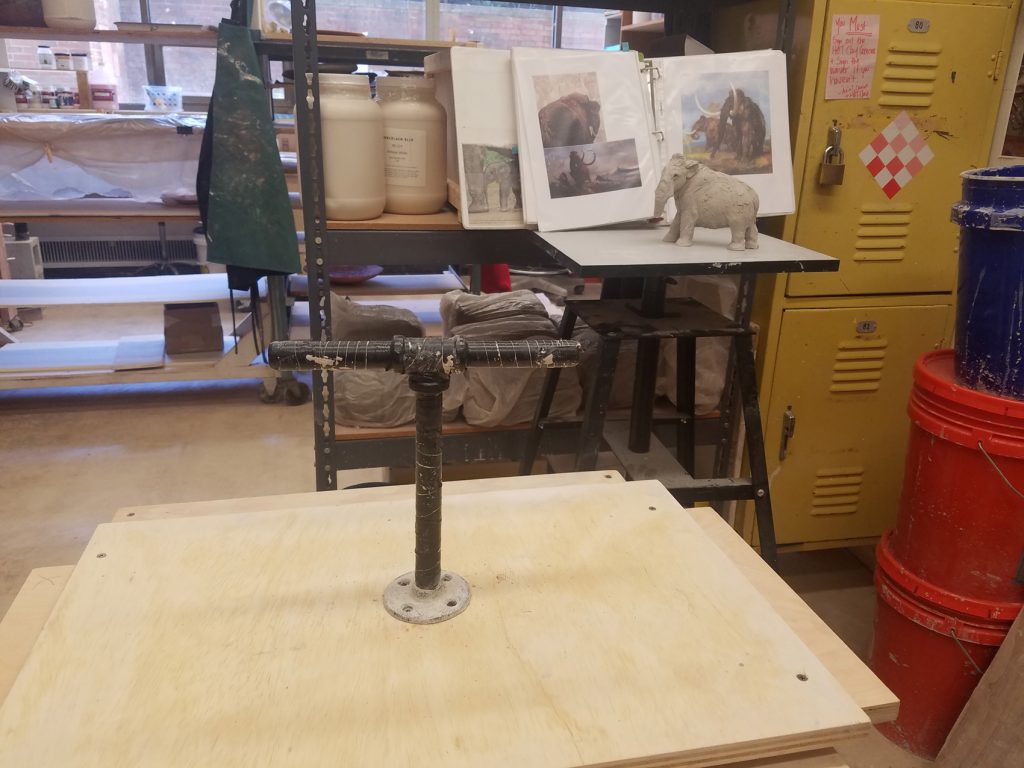 An armature is created using plumbing pipe to support the weight of the solid clay form. 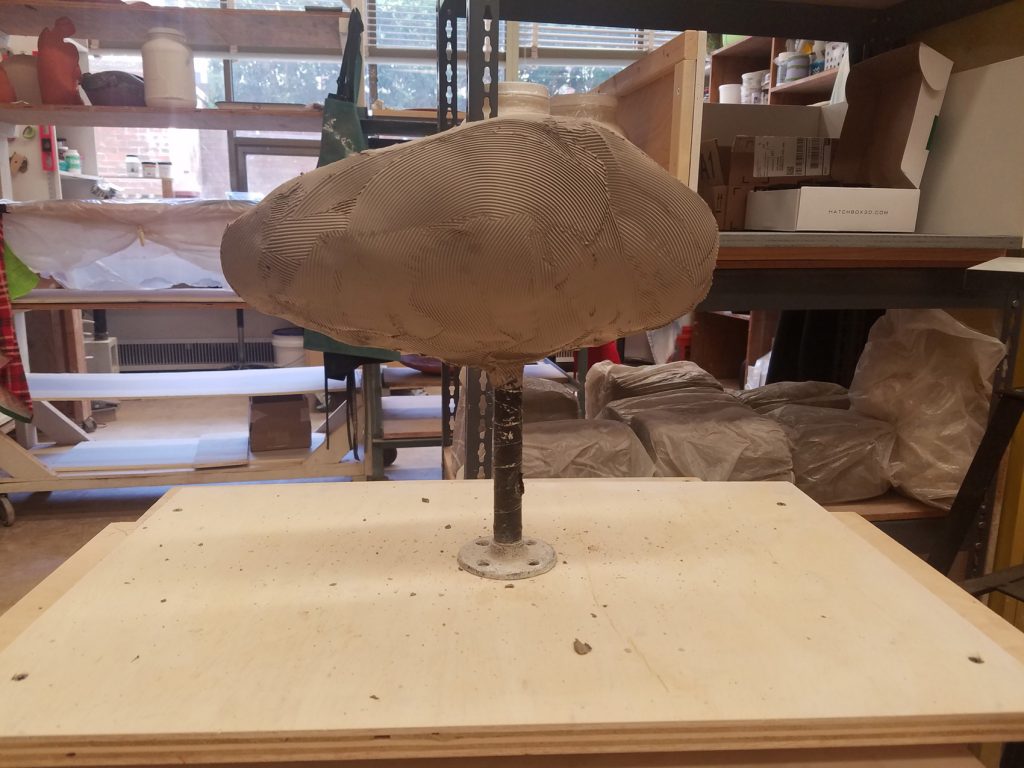 Clay is added to the armature and shaped with tools. 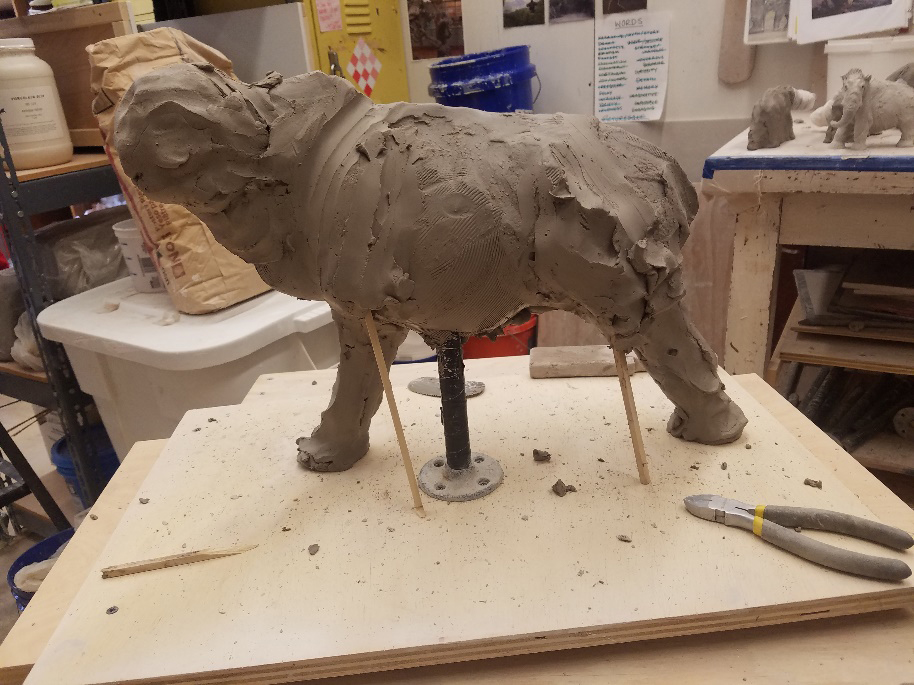 Extra support such as dowels are used to support legs and head. 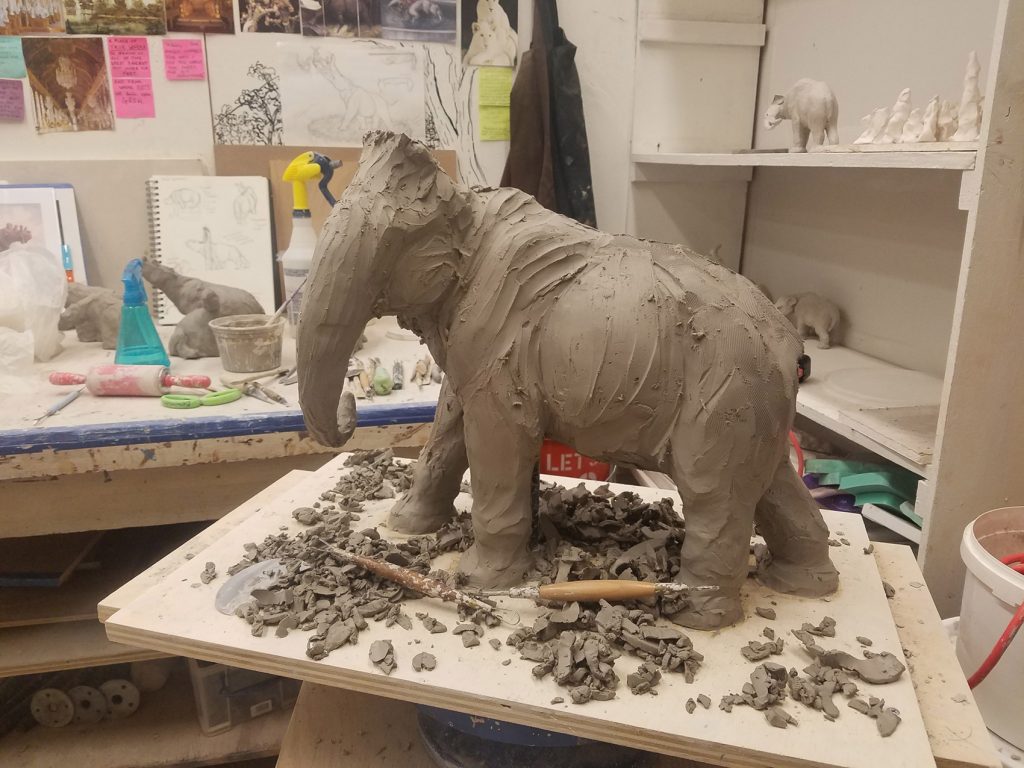 Once finished carving, the solid clay form is allowed to stiffen so that it holds its shape. 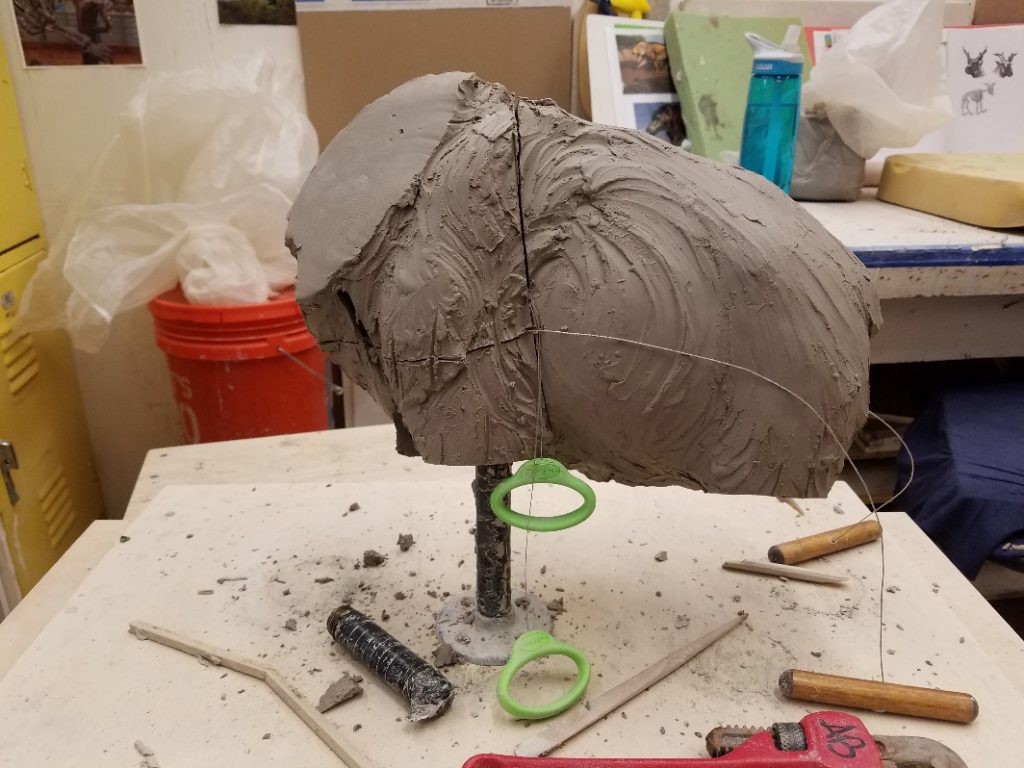 The form is cut into sections and removed from the pipe armature for hollowing out. 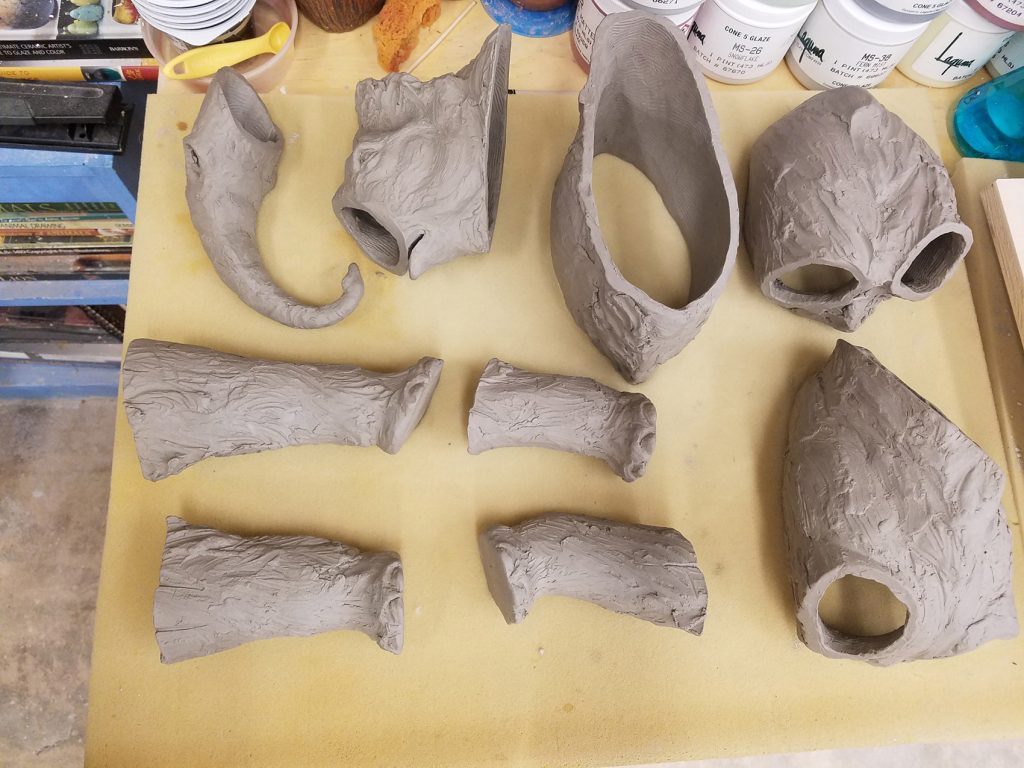 The critical process of removing the interior clay from each section, and compressing the walls for strength so the piece can dry completely before being fired in the kiln. Excess water from solid clay reaches boiling point during firing and can cause the sculpture to explode, so all solid-built sculptures must be hollowed out. 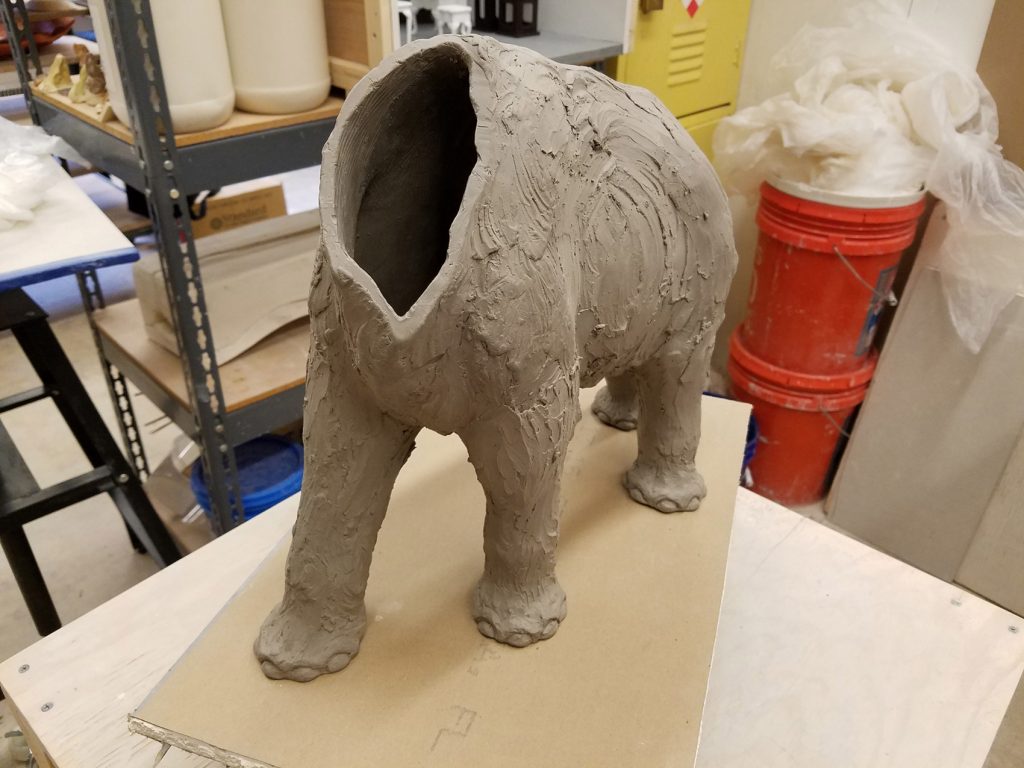 The piece is reassembled by attaching each section with clay slip (clay and water mixture). Seamlines are hidden and re-textured, and the piece is bisque fired to about 1830F. This first firing is lower to keep the clay porous for glazing. 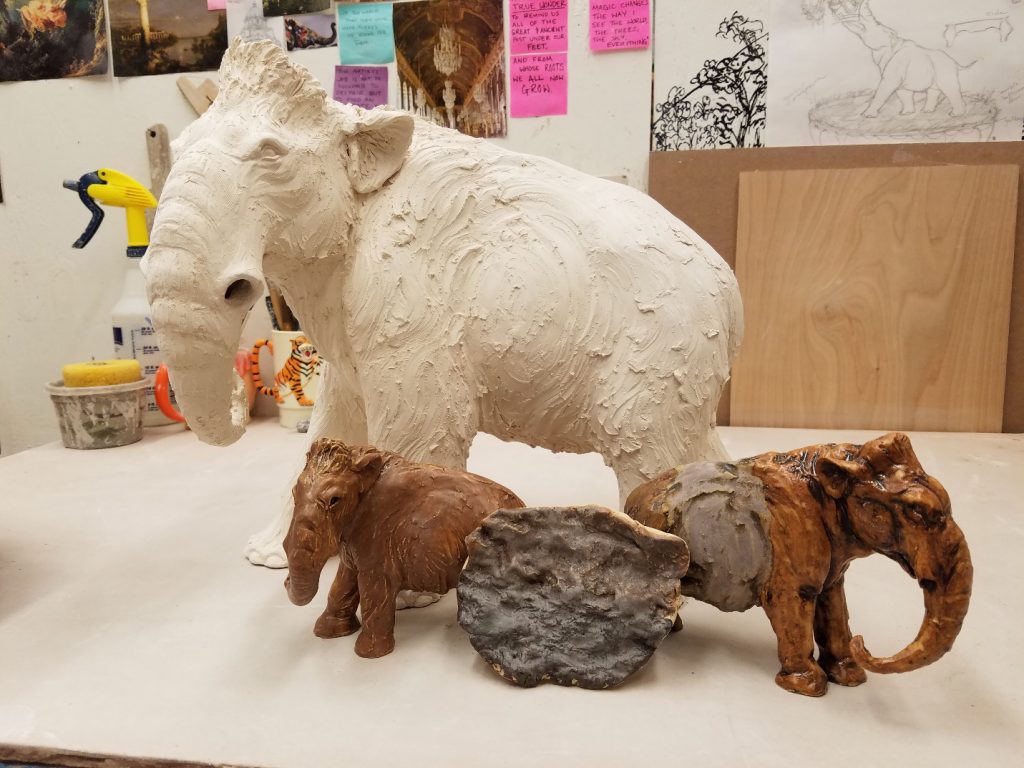 After the bisque firing, glazes are tested to determine the best surface. Ceramic glazes are fired on, so they are permanent and the chemical combinations of glaze create unique surfaces. Glaze firings range up to 2150F. 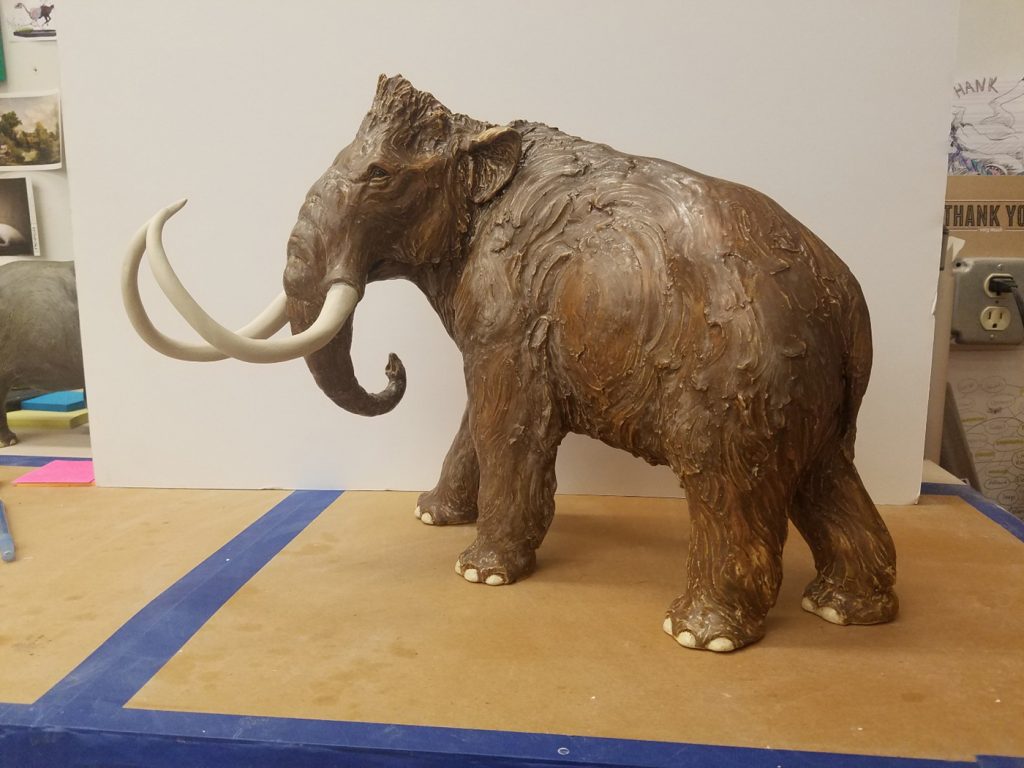 Tusks are sometimes fired porcelain or cast resin and are glued in after the glaze firing.