These distinctly marked green frogs are a Florida species of special concern, meaning their population is small and dwindling because of habitat loss. They breed in somewhat rare low pH (acidic) waters, and live in very specific habitats, so they are difficult to find, count and study.

Small and stout, usually 1 to 2 inches long. They are usually pale to vibrant green with a distinct wide brownish stripe bordered in white that runs from nostril and eye down along their sides. They also have yellowish or orange spots on the hidden parts of their legs and groin.

A lot more can be learned about these unique tree frogs. Their shrinking habitats and low numbers, coupled with their calling behavior, make them difficult to find and study. They prefer evergreen-oak forests and shrub bogs within 100 yards of shallow, acidic ponds where they lay eggs. Although they have many predators as tadpoles, as adults they are slower and tend to hide in leafy ground cover to avoid the snakes that usually hunt them. 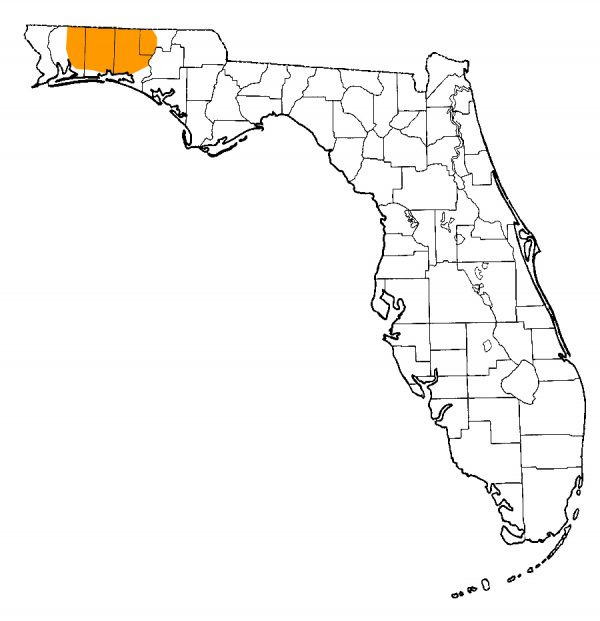 This small frog was listed as endangered from 1977 to 1983 and is currently listed by the IUCN as near threatened. The population is steadily decreasing due to habitat loss and population fragmentation in its native ranges. It is believed that natural wildfires are integral to their breeding habitat, which also affects their population’s ability to rebound.